From Israel: To Never be Afraid

There is a song in Hebrew, which many of you may know: “Gesher Tzar Meod.”

I will provide a link to this song below. I thought about it as I started writing this post, because there are situations that Israel is facing that are challenging. 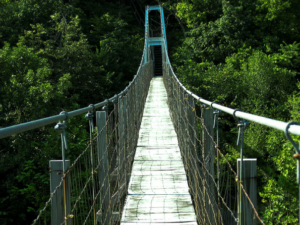 We are being tested, and I do not believe we will be found wanting.
~~~~~~~~~~
The matter that is attracting the most attention concerns the possibility that Iran may soon take some action in retaliation for the Israeli attack on its base in Syria at the end of April, which destroyed 200 missiles and killed several Iranians.

The army has identified plans already in an advanced stage: they suggest that there may be a missile or drone attack on the north.

It is not surprising that the Iranians would feel compelled to retaliate.  Yet Iran has no desire to generate an escalation with Israel.  Indications are that whatever attack may occur is likely to be of a limited scope.  What is expected, according to intelligence, is an attack that targets only military sites in the north.
~~~~~~~~~
Because of Iranian concern that Israel will respond to a rocket barrage with considerable force, it is anticipated that the Iranians will not use their own troops or even Hezbollah forces, in order to provide deniability, but will rely on proxies – local Syrian forces, and/or associated Shiite militia, guided by Hezbollah.
~~~~~~~~~~
Joshua Davidovich reports in the Times of Israel that the military did not leak information regarding the possibility of an Iranian attack in order to warn the Israeli public. Rather, it was to let the Iranians know that we are on to them.

This follows precisely what I reported in my last post, in terms of Netanyahu having revealed the Mossad intelligence coup in great detail in order to let the Iranians know that our intelligence tracks everything they do.  In the wake of that astounding intelligence operation, the Iranians surely understand that we can track plans they have to attack us.

https://www.timesofisrael.com/missile-warnings-8-things-to-know-for-may-7/
~~~~~~~~~~
The fact that we do have this information gives us an advantage:  Defensive measures have been taken; anti-missile batteries – Iron Dome and David’s Sling – are being deployed, and military bases are in a state of high preparedness. 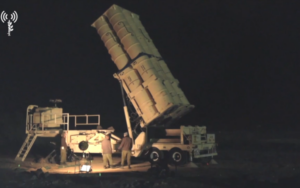 It is considered essential that ability to operate not be deterred at any point.  According to one Israel Air Force official:

“Government officials expect the IAF to continue operating at all times, with full power and by all means of fighting. We are the central firepower based on elements that must work at all times. The runways must be ready, and fuel and ammunition have to keep on coming.”

https://www.ynetnews.com/articles/0,7340,L-5253828,00.html
~~~~~~~~~~
Communication from Israel with regard to the potential threat has had a menacing tone in recent days to convey to Iran and Syria a sense of the consequences that would follow an attack.

“If Syrian President Bashar Assad continues allowing the Iranians to operate out of Syria, Israel will eliminate him and topple his regime. (Emphasis added) 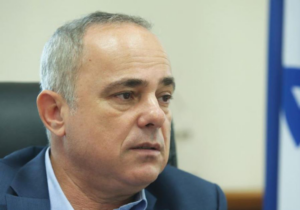 Israel has scrupulously avoided taking sides in the Syrian civil war, and I believe this is the first time we hear a statement of this sort from a member of the Israeli government.  Of course, this is not being said because Israel has decided to favor a particular rebel force in Syria, but within a totally different context.
~~~~~~~~~~
And this is the statement from Prime Minister Netanyahu, delivered at the beginning of Sunday’s Cabinet meeting:

“We are determined to stop Iran’s aggression in its early stages, even if it this involves a conflict. Better now than later. Nations that were unprepared to take timely action against murderous aggression paid much heavier prices afterwards. We do not want escalation, but we are prepared for any scenario.” 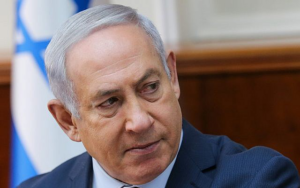 His stance is absolutely correct.  Iran had best know that our prime minister means every word.
~~~~~~~~~~
Meanwhile, at the Yisrael Beitenu faction meeting on Monday, Defense Minister Lieberman, chair of the faction, said:

“There is no room for hysteria and panic. Yes, there is a complex situation with many challenges and threats, but we will know how to deal with all the threats and how to manage all the challenges.”

Lieberman has indicated that he does not expect there to be a war.
~~~~~~~~~~
The shifting situation in Lebanon will most certainly have implications for the dynamic of the area:

Lebanon just held its first parliamentary elections since 2009.  Preliminary results indicate that Hezbollah jointly with its allies has won 67 of the 128 seats in parliament, while Future Movement, the party of Sunni Prime Minister Saad Hariri (pictured here), has dropped from 33 seats to 21. 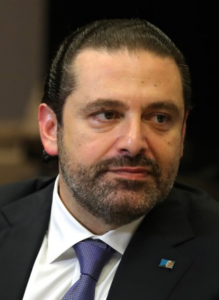 Lebanon’s power sharing system requires that the prime minister be a Sunni Muslim, and Hariri is expected to form the next government.  Dominated by Hezbollah before the election, he will be even weaker now.

Hezbollah head Hassan Nasrallah declared a “great political and moral victory for the resistance option that protects the sovereignty of the country.”

http://www.bbc.com/news/world-middle-east-44027973
~~~~~~~~~~
Lebanon and Hezbollah are synonymous for all intents and purposes.  This signals a deteriorating situation, on the one hand. But on the other may make matters simpler, as we can hold the Lebanese government responsible for Hezbollah’s actions.  Education Minister Naftali Bennet (chair, Habayit Hayehudi) has already made this point.  What is more, it seems to me, the Lebanese electorate can no longer be seen to be hostages of Hezbollah, they are directly complicit in Hezbollah’s political rise.
~~~~~~~~~~
But nothing will impact the situation as profoundly as what President Donald Trump did this evening – less than an hour ago, as I am writing – in announcing the US pullout from the Iran agreement and the re-imposition of stringent sanctions. 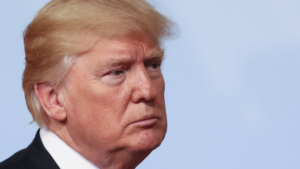 His talk was close to perfect in all particulars and I applaud him for his honesty and his courage. He touched upon not just the core issue of Iranian nuclear development, but also their ballistic missiles and support of terrorist groups.  He mentioned information supplied by Israel that confirmed Iranian dishonesty.  And he put the world on notice that when he says something, he means it.

If you missed his talk, you can see it here (advance to minute 43):

This will go out, and I will return to do a more detailed analysis within days.
~~~~~~~~~~
Just moments after the president completed his statement, Prime Minister Netanyahu did a broadcast from his office, saying, “Israel fully supports President Trump’s bold decision today to reject the disastrous nuclear deal with the terrorist regime in Tehran.”

Bibi waited a long time for this day.
~~~~~~~~~~
Lastly, I must report this very current information: the IDF is now seeing “abnormal” activity in Syria and believes that an attack may be imminent. The Golan is on high alert.  Troops are in a high state of readiness and all bomb shelters in the area have been opened.

It is possible that an attack had been planned for tonight in any event, but I see the possibility that this is intended as a defiant response to Trump’s announcement.
~~~~~~~~~~
Appropriately, then, Dudu Fisher singing “Gesher Tzar Meod”: