From Israel: A Quagmire

There were multiple reports over the last couple of days regarding the direction of Trump’s “peace plan.”  The first report I saw said (emphasis added):

“The Trump administration is reportedly focusing on improving humanitarian conditions in the Gaza Strip, while putting its as-yet unveiled peace plan on a back burner after the Palestinian Authority rejected overtures from US President Donald Trump’s negotiation team.”

Many of us have known for a long time that the PA would reject overtures.  The team first noticed now?  Does this mean that all the reaching out to Abbas that Jason Greenblatt has done in recent weeks was serious? That he thought if he cajoled them sufficiently they would come around?

“A senior US official told the Washington Post that by helping to relieve the humanitarian crisis in Gaza, the US hopes that it will demonstrate a commitment to the well-being of Palestinians, making it harder for Palestinian Authority President Mahmoud Abbas to reject future initiatives from the United States.”

It was at this point that I could not decide whether to laugh or weep. 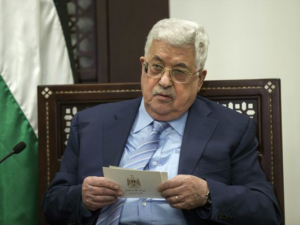 ~~~~~~~~~~
A subsequent article said the team thought that if things got going in Gaza Abbas would want to be involved so as to not be left out.

That’s when it occurred to me that we might help the Trump administration if we sent an Arabic-speaking Israeli academic who is expert on the mindset of the Arabs to enlighten the “peace team.”  They seem so earnest, and so lost.
~~~~~~~~~~
The situation is vastly complex.  What Abbas wants is for Hamas to be taken down, so that he (the PA) can be asked to take over the administration of Gaza.

And indeed, a US administration official said that under the peace plan the solution “would be a unified Gaza and West Bank under Palestinian leadership.”  This is a potential hook for Abbas.

But talk is cheap. There is not even a clue as to how the Americans would hope to get there, or how humanitarian aid to Gaza makes this solution more viable.

Actually, humanitarian aid to the people of Gaza might very well strengthen Hamas – both because of materiel that would be siphoned off by Hamas and because it would take some of the most intense pressure off this terrorist group.

There is, however, an alternate theory that says Hamas leaders will not want US assistance because it would dilute their image as the ones leading the “resistance” and make them vulnerable to charges by Fatah that they have “sold out” to the Americans.   Fatah, which has been telling Trump where to get off, has been leveling such charges already.  In this scenario Fatah would emerge as the true face of the “resistance.”

~~~~~~~~~~
Envoy Jason Greenblatt has expressed concern several times about the suffering of the people of Gaza. I think that concern is real, and that, in the end, the “team” will focus on this because it provides an avenue for them to feel they are doing something, somehow ameliorating a bad situation.

They will likely be drawing on funds from the Gulf states for this, and focusing on very basic water, electricity and sewage problems. 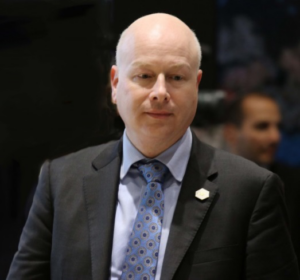 I have not written about it in several days, but the balloons and helium-filled condoms with fire and explosives attached continue to be sent from Gaza into southern Israel, and every day there are reports of multiple new fires.

It is heartbreaking.  And beyond infuriating.
~~~~~~~~~~
According to one report (emphasis added):

“Hamas has invested USD $45 million, over the past 100 days, in their riots along the Gaza-Israel border.

“That $45 million went towards campaigning, protesters, logistics, compensation for the dead and wounded, arson kites and terror balloons, according to a report by Gal Berger of Kann News.

“The end results of the Hamas investment were 678 fires, which burned down 2250 acres of Israeli forests, 1500 acres of Israeli agricultural land, and hundred of acres of open spaces in Israel, according to a YNet report.

“In all likelihood, the money for the riots came from Iran.”

Imagine what $45 million could have done for the people of Gaza.
~~~~~~~~~~Now, at long last, our prime minister has announced new tougher measures to be levied against Hamas.  Hamas encourages and abets the lighting of these fires, and has the capacity to stop the launchers

On Monday, Prime Minister Netanyahu and Defense Minister Lieberman announced that the Kerem Shalom crossing at the southern end of the border with Gaza would be closed, except for humanitarian items such as food and medicine, to be approved on a case by case basis.  These actions were instituted on the advice of Chief of Staff Gadi Eizenkot.

In addition, the expansion of the fishing zone in the Mediterranean around Gaza would not be permitted to continue. That current expansion to nine nautical miles is due to expire next week, and will not be renewed.  Fishing will now be permitted only within a range of six nautical miles.

Netanyahu said, “Should these severe conditions continue, Israeli measures will persist and intensify.”

Yesterday, there were 33 fires.  The closure began today. I do not have statistics for today, I only know that there apparently were fires.
~~~~~~~~~~
Not unsurprisingly, Hamas has declared that the closure of Kerem Shalom is a “crime against humanity.”

There is enormous irony here, which most of the world will miss:  During the riots at the Gaza fence, not once, but three times within 10 days in May, rioters set fire to Kerem Shalom, damaging fuel lines. Those lines had to be closed down for repair, which exacerbated the electrical shortage in Gaza.

These rioters, who threw Molotov cocktails at the crossing, were instigated by Hamas. 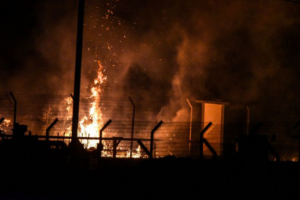 ~~~~~~~~~~
The next question to be asked – I have many questions and very few definitive answers – is why Netanyahu waited so long and why he opted for this particular measure, rather than, for example, taking direct shots from helicopters at the terrorists launching those burning balloons.

What further occurs to me is that the “peace team” has just declared intention to focus on improving the humanitarian conditions in Gaza and now our prime minister sets about making things more difficult in Gaza.

Netanyahu is always so eager to please the Americans.  Is something going on that we don’t know about?  Did he discuss this with the Americans?

One theory I have encountered says that if Kerem Shalom is closed, it might ultimately make Hamas more dependent on US generated assistance.  But this is just one theory among many.
~~~~~~~~~~
When I consider the horrendous damage that Hamas has done to our beautiful land, I have the desire to see us go in and take out Hamas.  But that is a response from the gut.  Before any of my readers yells, Ah ha! I share what my head knows to be true:

The civil war in Syria is just about over.  Thanks to the Russians, Assad is victorious and an agreement has been reached between rebel factions in Dera’a and the Assad regime.  The rebels surrendered, and civilians that had fled from there by the tens of thousands are returning home.

The only area where there are still pockets of rebels is in Quneitra, which is adjacent to the Golan.  And that’s where Assad’s troops will be headed next.

THE big issue is whether Iranian troops will be accompanying the Syrian troops as they approach our border.

Netanyahu is going to be meeting with Russian President Putin this week.  Says analyst Jonathan Spyer, whose article is linked above, there is question as to whether Putin has either the will or the desire to keep the Iranians away from our border.
~~~~~~~~~~
On Sunday, Prime Minister Netanyahu, speaking about that upcoming meeting with Putin, said (emphasis added):

“At the meeting I will reiterate the two basic principles of Israel’s policy: First, we will not tolerate the establishment of a military presence by Iran and its proxies anywhere in Syria – not close to the border and not far away from it. Second, we will demand that Syria, and the Syrian military, strictly uphold the 1974 Separation of Forces Agreement.”

Sunday night, there was this report:

“According to a report by Syria’s state-controlled SANA news agency, the T-4 airbase in Syria was attacked by fighter planes which approached from the south…

“Rami Abdel Rahman, head of the Britain-based Syrian Observatory for Human Rights, told AFP that a missile bombardment killed an unspecified number of ‘Iranian and pro-regime fighters’ at the T-4 base and was ‘likely to be Israeli’”.

We’ve hit that base several times now.
~~~~~~~~~~
Today a grim-looking Defense Minister Lieberman was in the north for a briefing with IDF commanders. 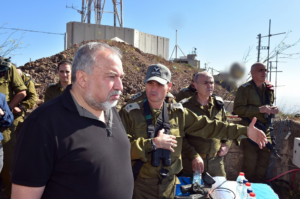 After the briefing, he gave a short press conference during which he said (emphasis added):

“We are seeing efforts by figures associated with the [Iran-led] axis, with permission from the regime, to establish terrorist infrastructure here in the Syrian Golan Heights.

“I don’t want to go into more detail than what I’ve said. We are seeing preparation, an effort by forces connected to the [Iran-led] axis to establish terrorist infrastructure, and we are determined to not allow that. Period. Everyone will take responsibility, everyone will pay the price, including the regime.”

https://www.timesofisrael.com/liberman-pro-iranian-forces-setting-up-terror-infrastructure-in-syrian-golan/
~~~~~~~~~~
Then we see this, from analyst Yochanan Visser (emphasis added):

“As the Iranian-backed Syrian army and Shiite militias approach the Syrian Golan Heights and the Israeli border, Iranian officials and commanders now openly speak about the next phase in the Syrian war: The destruction of Israel.”

Israel is ranked the 8th most powerful country in the world, mostly because of our military.