A harsh indictment of America, I realize, but one much deserved.  I have watched, aghast and pained, as US citizens have caved in large numbers to what is essentially a Marxist ideology designed to take America down.

Recently I watched an excellent Webinar by Americans for Peace and Tolerance, chaired by Charles Jacobs, on the subject of the failure of many Jewish American organizations – most notably ADL – to stand up against anti-Semitism. 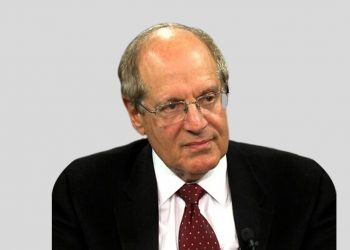 Two-thirds of American Jews, we were told, have become WOKE: They have bought into the radical position on race and more.  And there is little chance of changing their minds. The most productive approach is to work with the remaining one-third, providing them with strength.

Yet even those Jews who are still fighting against anti-Semitism do not always get the full picture.  In California, many Jews fought against a horrendous curriculum being proposed that contained anti-Semitic content.  When that content was removed, they celebrated, but Jonathan S. Tobin, editor of Jewish News Syndicate (and a major participant in the webinar I alluded to above), points out that this is not sufficient. 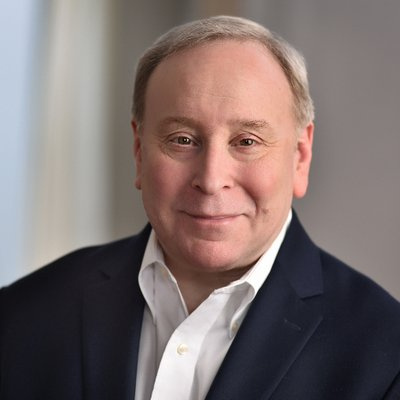 Tobin cites Tyler Gregory, executive director of the San Francisco Jewish Community Relations Council, which has withdrawn all objections to the curriculum.  Said Gregory in a press release: “…we need ethnic studies now. Ethnic studies give marginalized communities the agency to define and share their own stories, cultures and histories. As Jewish Americans, we relate to this urgent need.”  (Emphasis added)

But Tobin is clear-eyed as to what is actually going on:

“The idea of ethnic studies sounds like an anodyne concept that everyone should embrace. It’s actually a terrible idea tainted by what even the liberal-leaning American Jewish Committee rightly termed ‘a rigid ideological worldview.’

“For all of the talk about ethnic studies empowering marginalized minority populations and giving children positive role models, the concept at the core of this effort is critical race theory. That’s an idea that views all Americans solely as members of racial and ethnic groups, not as individuals. As with other permutations of this toxic idea, the goal of the curriculum isn’t so much to fight racism as it is to enshrine race consciousness at the heart of every discussion and topic.

“The Critical Ethnic Studies Association, which was the original driving force behind this program, isn’t really interested in celebrating diversity and adding the stories of different groups to the accepted narrative of American history. What they want is to replace the old story of America as born in a fight for liberty and seeking, despite problems and the sin of slavery and racial discrimination, to progress towards freedom for all with one that views it as an irredeemably racist nation.

“The point of the curriculum they inspired, even in its revised form, is not one of inclusion of minorities in the story of America, but rather, to indoctrinate all students in the idea of ‘translating historical lessons and critical race theory into direct action for social justice.’ Its purpose is to reinforce a leftist worldview that sees what earlier generations celebrated as the ‘American creed’ of opportunity, meritocracy and liberty as merely a ‘dominant narrative’ that serves white privilege and racism.” (All emphasis added)

The quote from Tyler Gregory – “as Jewish Americans we relate to this urgent need” – provides insight as to what is motiving many Jews in America.  Very likely liberal in their political perspective from the get-go, they are now moved to identify with those they perceive as suffering, or victims.

I saw it with the issue of illegal immigrants coming in from Mexico.  “Our families came as immigrants,” went the cry, “so we must support their right to come too.”

But this is a naïve and simplistic viewpoint devoid of historical perspective.  Never, ever, were the gates of America simply open to Jews seeking to come.  They had to qualify in a variety of ways, and many were the stories of people who arrived at Ellis Island only to be examined by a doctor and turned back.  But this is forgotten now, as vast numbers with Covid have paraded into America.

The issue of illegal immigration is just one very small portion of all that is happening in America today, of course.  And those who have bought into a new way of thinking – who are “WOKE” [“enlightened”] – are hardly all Jews.

I do not know the percentage of all Americans that has absorbed that destructive perspective.

But what I do know is that we are witnessing the destruction of a once great country.

Linda Goudsmit is the author of The Book of Humanitarian Hoaxes: Killing America with ‘Kindness’, which “exposes fifty of the most sinister leftist, Islamist, globalist interconnecting attacks on America deceitfully disguised as altruism.”

“Critical Race Theory (CRT) is a binary theoretical framework rooted in Marxism that defines individuals as either oppressed or oppressors based on their skin color. Critical Race Theory insists that white people are oppressors and people of color are oppressed. CRT is an obscene and entirely unAmerican doctrine because it views every individual through the prism of race, rather than the prism of merit…

“…The goal of Critical Race Theory devotees and their cancel-culture campaign is to foment race riots and a race war in the United States.

“…How is CRT and its racist white privilege narrative designed to foment a race war?? Saul Alinsky [who was a hard-left progressive community organizer] provides the answer in his infamous tactical primer, Rules for Radicals. Alinsky instructs radicals to, ‘Rub raw the resentments of the people…’

“Race is the simplest division to exploit because it is visible. Fomenting racial hostility is a very effective strategy for dividing and conquering a nation. The war on America promotes racism as a tactical political strategy to divide and conquer America…

“Truth is entirely irrelevant for Alinsky and his radical Democrat followers.  Alinsky writes, ‘The real and only question regarding the ethics of means and ends is and always has been, “Does this particular end justify this particular means?”’

“…It does not matter that Trump is NOT a racist, never was a racist, or that Trump’s policies were extremely beneficial to the black, Hispanic, and Asian communities in America. Trump and his entire conservative/populist movement must be portrayed as racist…

“Alinsky actually tutored his followers to ‘present themselves as the noble defenders of high moral principles and to react dramatically with greatly exaggerated displays of “shock, horror, and moral outrage” whenever their targeted enemy erred or could be depicted as having erred.’”

Goudsmit invites us to consider the sequence of events:

“-> identify Trump as the target

“-> attack him as a white supremacist

“-> spread the attacks to his supporters

“-> involve corporate America in the attacks and the support for BLM

The goal, she says, is “the elimination of constitutional conservatism, and the imposition of one-world government…a colossal humanitarian hoax.” 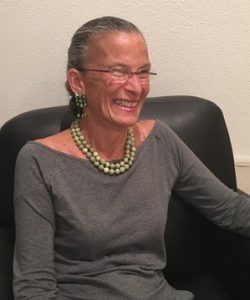 It’s not difficult to see why President Trump is the enemy of this radical thinking.  “Make America Great Again,” reflects a proud nationalism that is the antithesis of Marxist globalism.  Remember, Black Lives Matter is a Marxist organization whose leader declared openly last summer that the goal of the riots was to bring Trump down.

A quick survey then of some of the happenings in the US that promote this horrendous mindset (emphasis added):

[] Last summer, in the midst of the riots, The Conference on College Composition and Communication (an affiliate of the National Council of Teachers of English) released a set of demands for what they termed “Black Linguistic Justice.” Their key demand was that “teachers stop using academic language and standard English as the accepted communicative norm.”

Having to switch between black English and standardized English is “linguistically violent to the humanity and spirit of Black Language speakers.”

Ah, but if you think bringing standardized English into the discussion on race is pushing it, wait… there is also a math issue (emphasis added):

“The Oregon Department of Education (ODE) recently encouraged teachers to register for training that encourages “ethnomathematics” and argues, among other things, that White supremacy manifests itself in the focus on finding the right answer.”

ODE is advertising a mini-course that will utilize a toolkit for “dismantling racism in mathematics.”

The toolkit includes a list of ways that “white supremacy culture” allegedly “infiltrates math classrooms.” These include “the focus is on getting the ‘right’ answer,” and students being “required to ‘show their work,’” and other alleged manifestations.

“The concept of mathematics being purely objective is unequivocally false, and teaching it is even much less so,” the according to the “Equitable Math” toolkit.

Most of you have surely heard about the ludicrous decision to stop circulation of some of the books of the much-loved Dr. Seuss, because of “racist and insensitive imagery.”  But it is not just Dr. Seuss books, it’s also kids’ movies under the gun:  Dumbo, Peter Pan, Swiss Family Robinson.

Columbia University, in a paroxysm of political correctness, is offering six different graduation ceremonies on Zoom at different times and in different schools, for Native, Asian, “Latinx” and Black students, respectively, another for the “FLI” or  “first generation and/or low income community,” and a “Lavender” graduation for the “LGBTIAQ+ community.”

You want to talk about divisiveness?  Columbia is doing a fine job of destroying any sense of unity that might have existed within the university.

The list goes on. But I will end with this, which I came across inadvertently.  As you can see, it is a pyramid of “White Supremacy.” I have no attribution, but it clearly reflects politically-correct thinking. 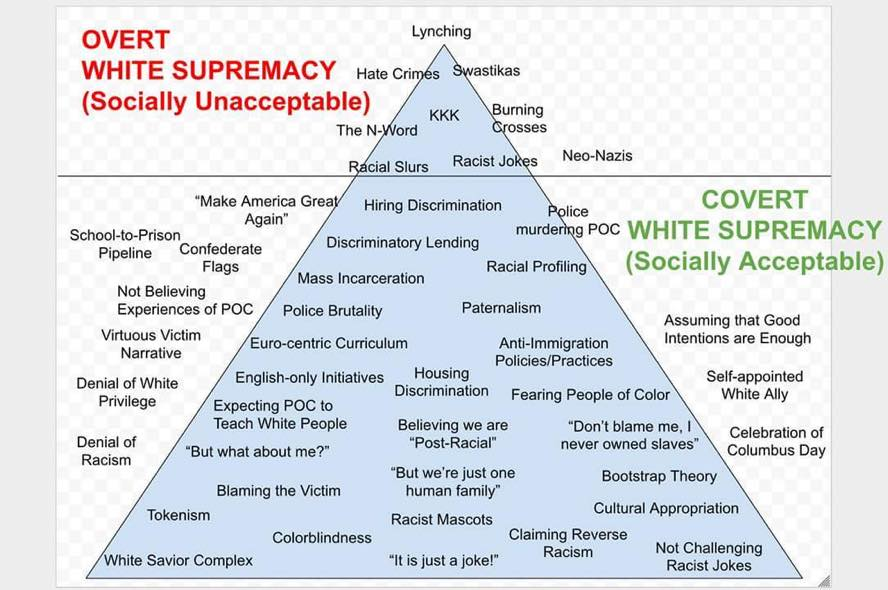 I could write a book discussing these various points.

While being against immigration is covert white supremacy.  No other reason to be opposed to opening the borders, apparently.

Perhaps most painful is “colorblindness.”  The great Martin Luther King must be weeping as he looks down from above. He prayed for the day when people would be judged by the content of their character and not by the color of their skin.  Current politics have set this noble sentiment back 50 years.

The fact that the “Bootstrap Theory” is considered white supremacy is an indication of the need for people of color to identify as victims, oppressed by white people. It’s not cool to suggest that black people can sometimes help themselves. White people have an obligation to help because of white privilege.

It goes on and on. This is what America is becoming.

Clearly, not all Americans accept this, although this massively destructive thinking becomes more main stream every day.

There are those who still think clearly, but prefer to remain silent.  For there is fear in the land: Fear of losing one’s job, or having one’s business boycotted, or being socially ostracized, or encountering violence.  Right after the election, there was a push to deny jobs to anyone who worked in the Trump administration.

Only if enough people who are grieved and incensed by what is happening stand tall and act on behalf of American values is there a chance to save the country.

Florida Governor Ron DiSantis sets the model for sort of stance that is essential (emphasis added):

The governor, a Republican, announced last week that his administration will seek to prohibit the teaching of “unsanctioned narratives like critical race theory” in the state’s schools.

At a press briefing he said he wanted to reform state’s school curricula to “expressly exclude … critical race theory” because it “teaches kids to hate their country.”

“There’s no room in our classrooms for things like critical race theory. Teaching kids to hate their country and to hate each other is not worth one red cent of taxpayer money.”

What he’s doing is critical, for if the minds of the next generation are poisoned, the fight is lost.

From Israel “Do We Know Where We’re Going??”