So what do you know?  When the news about Ben & Jerry’s decision to boycott Judea & Samaria and eastern Jerusalem first broke, I thought at most I would devote a couple of lines to it in my next posting because there are so many more urgent topics to address.

But it took off and became a major news story, with several interesting factors. So much is this the case that I will focus on this story here.  It’s a complex one, and has some significant elements:

Ben and Jerry’s ice cream company, which originated in Vermont and still operates there, was sold over 20 years ago to Unilever, a British multinational consumer goods company headquartered in London. 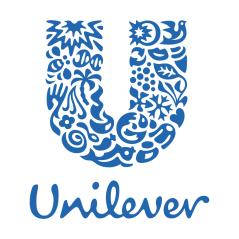 Unilever’s products include food, condiments, vitamin and mineral supplements, tea, hygiene products, and more.  Many of them, it should be noted, are available in Israel, including in Judea & Samaria and eastern Jerusalem.

In Israel, there has been a Ben & Jerry’s franchise, with a factory operating, for three decades; Avi Zinger is the owner of the franchise and CEO of the operation.

The milk and eggs used in manufacturing the ice cream here in Israel all come from the south of Israel inside the Green Line.  Its 35 employees (which include some Arabs) live in the area around Be’er Tuviya.

Thus is this a serious matter.

This week an announcement was released by Ben & Jerry’s via Unilever.  It said:

“We believe it is inconsistent with our values for Ben & Jerry’s ice cream to be sold in the Occupied Palestinian Territory (OPT). We also hear and recognize the concerns shared with us by our fans and trusted partners.

“We have a longstanding partnership with our licensee, who manufactures Ben & Jerry’s ice cream in Israel and distributes it in the region. We have been working to change this, and so we have informed our licensee that we will not renew the license agreement when it expires at the end of next year.

“Although Ben & Jerry’s will no longer be sold in the OPT, we will stay in Israel through a different arrangement. We will share an update on this as soon as we’re ready.”

For “concerns shared by our fans,” read, please “pressure brought to bear on us by anti-Israel people.”

As it turns out, however, there is an independent Board of Directors that has the authority to make decisions on marketing and licensing.  This was part of Unilever’s acquisition agreement when Ben and Jerry sold the company.  And this board had not signed off on the statement that Ben & Jerry’s would stay in Israel through another arrangement. Unilever does a lot of business in Israel and explained in a subsequent statement that, “We remain fully committed to our presence in Israel, where we have invested in our people, brands and business for several decades.”

The chair of the board, Anuradha Mittal, was extremely upset.  There had been no decision by the board on selling anywhere in Israel, she said.

So here we have the truth of it: Mittal would like to boycott Israel, period, whether there are sales over the Green Line or not.  And this, as they say, is a whole other kettle of fish. This particular kettle is best identified as anti-Semitism. And it makes the issue even more significant.

I confess that I was fascinated by Mittal’s statement because of what it exposed about her perverse and malign thinking. She speaks as if from a higher moral plain when she says that Unilever is “trying to destroy the soul of the company. We want this company to be led by values.”  Values? The value of not selling ice cream to Israel.

And it actually gets even better as she showcases her far left political correctness.  “…this is what happens,” she laments, “when you have a board with all women and people of color who have been pushing to do the right thing.”

So where does it go from here?

The first thing to do is boycott Ben & Jerry’s ice cream, big time!!  Do this everywhere outside of Israel.

It shouldn’t just be individual boycotts.  Stores – especially kosher stores or stores in Jewish neighborhoods – that are offended by this state of affairs can stop carrying this brand of ice cream.  Several stores and store chains have announced intention to do this already or to seriously cut back on how much Ben & Jerry’s ice cream they will put on their shelves.

There is one such example here: 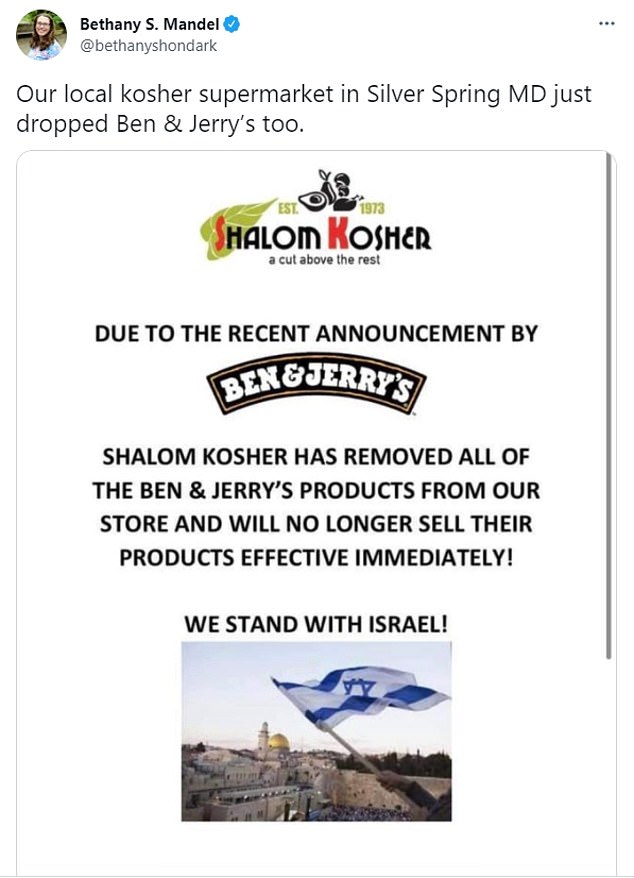 You might encourage stores in your neighborhood to do the same. Ben & Jerry’s needs to hurt badly with regard to sales.

But there is a major proviso here:  Israel Ben & Jerry’s should not be included in this private boycott.  As Avi Zinger explained, his franchise license is going to be terminated because he refused to stop selling over the Green Line, and he will keep selling everywhere until his license expires.  He should not be penalized and he should not have to terminate employees now for lack of business. Since he put out this plea, his sales have increased, and I hope that this continues to be the case.

Many political figures have spoken out on this.  Prime Minister Bennett called the CEO of Unilever, Alan Jope, warning of a “vigorous response” to the decision to boycott.

In the meantime, Israeli Ambassador to America Gilad Erdan has contacted the governors of 33 states where there is legislation on the books forbidding boycotting of Israel.

He asked them to place sanctions on Ben & Jerry’s in accordance with their legislation. It appears that there is considerable legal clout with regard to what can be done in these states, with variations from state to state. Twelve states mandate disinvesting retirement funds for state employees from companies that observe BDS.  This could be a huge problem for Unilever, for the laws about disinvesting include parent and affiliate companies of the offending company.  We have not seen the end of this yet.

One of the things that has been positive about this whole fiasco is how many people have come out in support of Israel on this.  In spite of the malicious intent of Ben & Jerry’s, there is a feel-good moment with regard to this.

Of course, there are those who are delighted with what Ben & Jerry’s is doing: members of the PA, JStreet, Arabs of the Joint List here in Israel.

My hope is that with a vigorous campaign against Ben & Jerry’s the smiles can wiped off their faces. Perhaps there will yet be a resolution to renew the Israel franchise after all.  Such things do happen. We must give it our vigorous best shot. 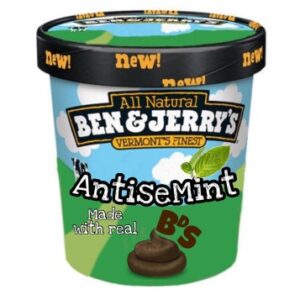 There is time enough for other news, good and bad, next week.  With this I wish one and all Shabbat Shalom!

From Israel: “As I Had Promised!!