Negotiators representing the Quartet parties — the US, the UN, the EU, and Russia — along with Quartet Envoy Tony Blair have now met separately with an Israeli team headed by Yitzhak Molcho, and a PA team headed by Saeb Erekat.

And guess what?  There was no breakthrough.  The PA is holding to its line of no talks unless Israel freezes all building beyond the Green Line and agrees to that ’67 line as the “term of reference” for negotiations.

Israel’s response is negative on both scores (see more below).

What both parties did agree to do is present “comprehensive proposals” for their respective positions with regard to security and territory within three months.

Even this makes me uneasy, for without a broader context going on record at all might not be wise.  But what is so incredible to me is that the Quartet acts as if this is “progress” towards their goal of a full peace by the end of next year.

Blair has said that once proposals are received it would be possible to see how wide the gaps are and whether there was a basis for negotiations.  But Tony should pack it in.

It simply cannot be (can it?) that the representatives of the Quartet don’t perceive how far apart the parties are, and how impossible it would be to bridge the gaps.  But they don’t give up.  A “full negotiated peace between Israel and the PA” remains the holy grail of the Middle East.

It said that he has reached the “inescapable” conclusion that “no agreement will ever be possible as long as Mahmoud Abbas leads the Palestinian Authority… It would be a “blessing” if Abbas carried out his frequently made threat and resigned.

Most interesting to me was that there was no repudiation of this from the prime minister’s office, which remained mum.  One government source (not from the pmo) is quoted as saying, “the fact that the Palestinian Authority continues to raise new obstacles to direct talks would seem to reinforce the foreign minister’s point.”

Abbas, meanwhile, is chairing a two-day meeting in Ramallah of the Fatah Revolutionary Council.  They will discuss the UN gambit, the “attack” by Lieberman, and more. Reports are that he is also planning a “surprise” announcement.  I will indulge in no speculation as to what this means, which may end up being nothing at all.

News came out today regarding what US Ambassador to Israel Dan Shapiro said in a meeting with Israeli Interior Minister Eli Yishai (Shas). 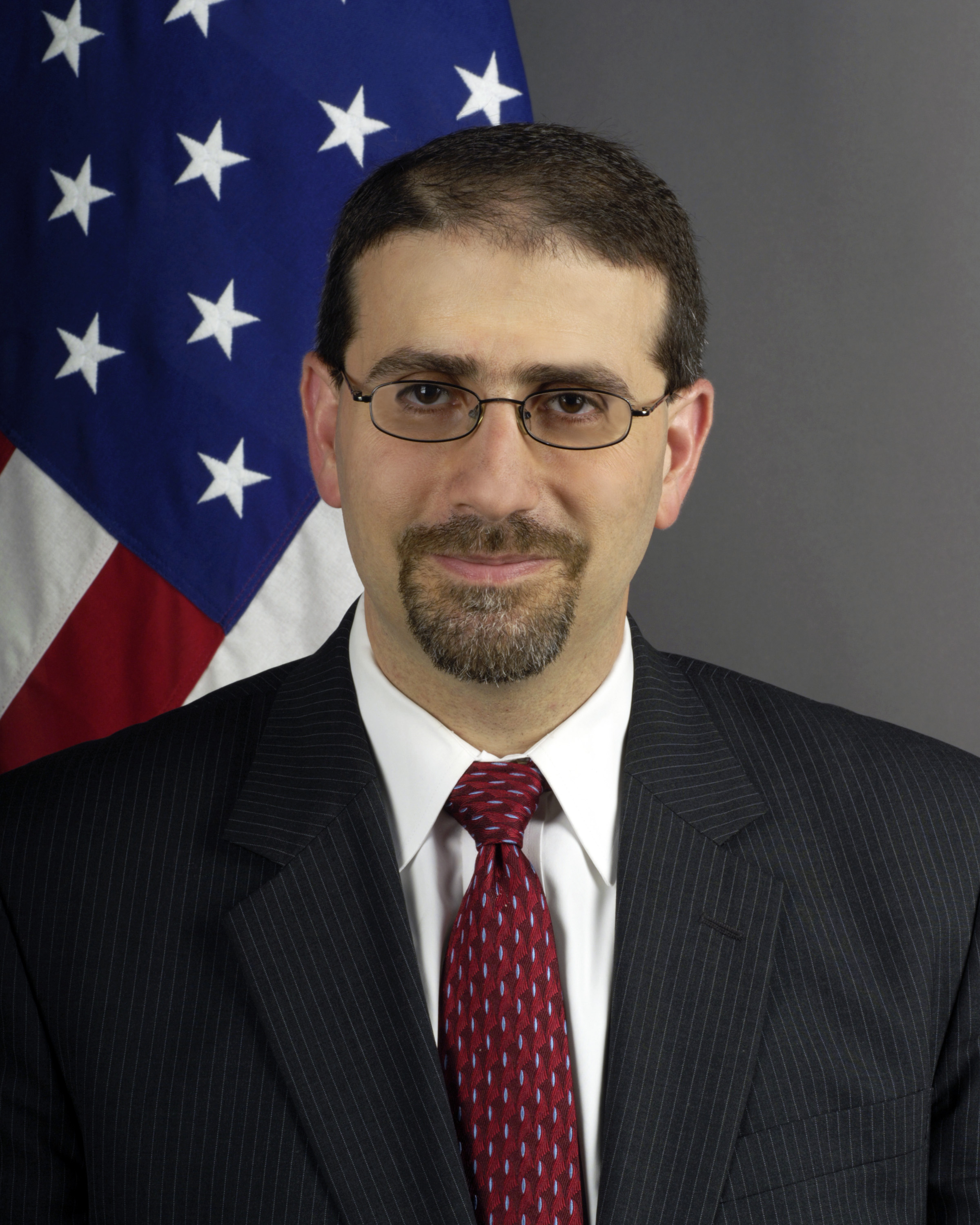 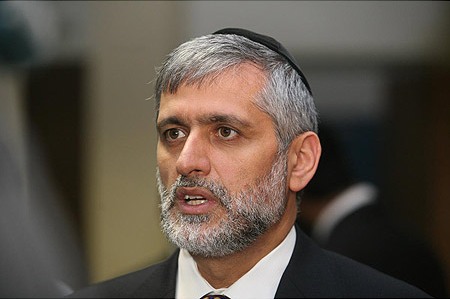 According to several sources — basing their reports on IDF Army Radio — Shapiro told Yishai that the US is trying its utmost to stop the PA bid in the UN, but the job would be easier if Israel would stop all construction.  Yishai understood this as meaning a permanent freeze.

Shapiro reportedly presented this as a “goodwill gesture” and not as an accession to a PA demand.  I guess he’s doing his job, but how dumb does he think we are?

Yishai’s response was that no government has ever agreed to a freeze (what Netanyahu did was one time and temporary) and that there would not be one now.

I did not have the sense that this was done with a threatening tone by Shapiro — that he was demanding a quid pro quo for the US veto in the Security Council. This was much more low key.

According to Haaretz, the PA is getting ready to demand that Israel honor a promise made to Abbas by former Israeli prime minister Ehud Olmert in 2008: that if a deal on Shalit — in which prisoners were released to Hamas — went through, Israel would also release prisoners to the PA. (Olmert confirmed to Time Magazine that he did make the promise.)

Reportedly, it is the PA’s intention to get the Quartet to pressure Israel on this matter, which makes me rip-roaring furious.

Israel has no obligation whatsoever to honor a verbal promise made by a former prime minister.  And what I see here is a pattern of extortion by the PA, a pattern in which the international community permits that extortion instead of stonewalling PA demands.
“At the Knesset on Monday, MK Ahmed Tibi (United Arab List-Ta’al ) said that Israel should not be surprised if the two current conditions the Palestinians have set for restarting talks – a halt to construction in the settlements and recognition of the 1967 borders as a basis for negotiations – become three, the third being the prisoner release.”

This is possible because the PA leadership knows how badly the international community wants them to come to the table.  And so they keep raising the ante.  I think they still have hope that in time the Quartet can pressure Israel into giving what they demand.

Among the 170 long-time prisoners PA reportedly wants out are Marwan Barghouti, a leading member of Fatah responsible for organizing much terrorist activity, and Ahmad Saadat, Secretary General of the Popular Front for the Liberation of Palestine (PFLP), who planned the 2001 assassination of Israeli tourism minister Rehavam Zeevi.  Neither of these guys should ever see the light of day again.

I can readily imagine Ambassador Shapiro or Envoy Blair saying to members of our government, “Ah, you’ve let so many out already, what’s a few more in the interests of bringing peace closer?  It’s just a goodwill gesture.”  And I can only pray that they would answer as Eli Yishai just did.

It does seem to be the case that many members of the Israeli government (not all) are very much disinclined to do anything for the PA in light of its current behavior.  Something to be grateful for.

Can you imagine what would happen if the Quartet called a press conference and confessed that they now recognize that fruitful peace negotiations are not possible now, particularly in light of the PA intransigence?  That they were going to be consulting with Israel regarding alternatives to a two-state solution — perhaps something in the nature of the autonomy originally envisioned with Oslo.

No, it’s not going to happen. Although it should.  And I like to fantasize every so often about what would happen if the wings of the PA were finally clipped.

In the wake of the major earthquake suffered by Turkey at the beginning of the week, Israel offered assistance that was rebuffed. But Chief of Staff Gantz ordered preparations to be made for a standby mission in case there was a change of heart. And, indeed, the Turkish government then reversed itself, and decided it was wise to receive equipment, not personnel, from Israel.  The first plane to Ankara went out yesterday, with additional to follow.

Even as the preparations for takeoff were in process, Turkish Foreign Minister Ahmet Davutoglu, speaking from Jordan, where he was visiting, called for pressure on Israel.

Jerusalem officials said this was also no surprise, as there was scant expectation that the humanitarian mission — “aimed at keeping men, women and children safe and warm” — would heal the rift between Israel and Turkey.

But I rather like the comment of one government official, who said the shipment represented “good neighbor relations.  I don’t want to raise expectations.  The Turks helped us battle the Carmel Forest fire and while that was greatly appreciated, it didn’t improve the ties. We want to be realistic.  This is about neighbors helping neighbors.”

And neighbors helping neighbors is all together a good thing.

I was more than a tad miffed when I read recently about the “National Unity Pledge for Israel” being advanced in the States by the American Jewish Committee and ADL.  Sounds good at first blush, but it is anything but.

A document is being circulated in an attempt to garner signatures, in an effort to “unite” parties on the issue of Israel: “US-Israel friendship should never be used as a political wedge issue.”

What?  This means it should not be considered legitimate to disagree on matters concerning Israel in the course of the upcoming campaign?

Michael Freund, writing about this, put it very well:

“This pledge has far more to do with domestic American politics than it does with preserving Israel’s standing in public opinion.

“It is nothing less than a nakedly transparent attempt by liberal American Jews to bolster President Obama’s sagging support among members of the tribe and deflect criticism from his hostile record toward Israel.

“…behind that seemingly harmless rhetoric lies a far more calculated agenda, one that seeks to stifle debate and silence criticism of the Obama administration.  A critical clue to the initiative’s real aim can be found in a statement that accompanies its release, by ADL national director Abraham Foxman.

“‘We want the discourse on US support for Israel to avoid the sometimes polarizing debates and political attacks that have emerged in recent weeks,’ said Foxman, ‘as candidates have challenged their opponents’ pro-Israel bona fides or questioned the current administration’ foreign policy approach vis-a-vis Israel.’

“…Since when is there anything wrong with questioning a presidential administration’s approach to Israel?”

American Jews would do well to take heed here.  Rarely has the position of a US president with regard to Israel been so critical an issue in an election.