Last night I went to the premiere showing, here in Jerusalem at the Begin Center, of a very special new film by Gloria Greenfield: “Body and Soul – the State of the Jewish Nation.”

The showing was sponsored by Doc Emet Productions (Greenfield’s company), The Menachem Begin Heritage Center, the Vidal Sasson International Center for the Study of Anti-Semitism, and the Zionist Organization of America.

“presents a comprehensive examination of the broad and deep connections between the Jewish People and the Land of Israel. World-renowned historians, archaeologists, political scientists, religious leaders, and international law and media experts trace the evocative evolution of the relationship between the Jewish People and their homeland that is over 3,000 years old.

”’Jewish identity is born in a journey to the Land of Israel’, declares Rabbi Lord Jonathan Sacks of the United Kingdom. That journey moves through the First and Second Temple periods and the Middle Ages, then to modernity, where the development of political Zionism catalyzed the blossoming of a new Jewish spirit. That renewal of Jewish spirit resulted in the rebirth of Jewish sovereignty in the Land, an event that Harvard University Professor Ruth Wisse declares ‘a miracle of truly Biblical proportions.’”

View the trailer, which will give you a good sense of what it is all about.

See the impressive list of commentators featured in the film: http://www.bodyandsoulthemovie.com/about-us/featured-commentators.html

Then, if you are in N. America, search the list of screenings that are already scheduled: http://www.bodyandsoulthemovie.com/screenings-and-media/index.html . If the film is scheduled to show near you, then please go and see it, and – most important – encourage others to do the same.

If it is not scheduled to show near you, you might get in touch with Gloria Greenfield directly – ggreenfield@docemetproductions.com – regarding arrangements for a showing in your area.  Or order the DVD, see the video yourself and then arrange private showings so others can see it.

Many of my readers in N. America lament the ignorance about Israel exhibited by many people.  They have a lack of understanding of the ancient and intrinsic Jewish connection to the Land, and are unaware of the extent of Jewish legal rights to the Land.

Gloria has done a magnificent job in presenting this case.

Here is an opportunity for you to pick up on this and run with it, to further understanding about Israel.

After the premiere showing last night, there was a marvelous panel discussion.  Participants were:

Yoram Hazony, an Israeli philosopher and political theorist, and currently president of The Herzl Institute in Jerusalem.

Robert Wistrich, Professor of European and Jewish history at the Hebrew University of Jerusalem, and the head of the University’s Vidal Sassoon International Center for the Study of Anti-Semitism

Eugene Kontorovich, professor at Northwestern University School of Law, and an expert in constitutional and international law 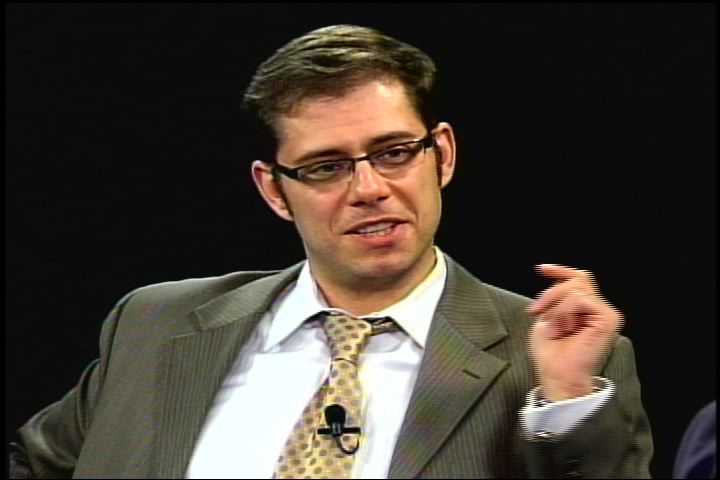 The primary message of this session was that we must pull back to basics and be sure of who we are as Jews.  Jewish self respect is the cornerstone of Zionism.

There was a time when the Bible (the Tanach – Torah, Prophets and Writings) was seen as a major pillar of Western civilization.  It is a national, historical and philosophical document.

Unfortunately, it has been delegitimized. With the enlightenment came intellectual attacks on the Bible, which was reduced to the status of mythical nonsense. German academics, way before Hitler, founded their universities on the basis of eliminating the Bible as a document to be respected and studied. Post-modern ideology has the same approach.

Thus Jews are hesitant to refer to the Bible when making the case for Jewish connection to the Land.  This is true of such organizations as AIPAC, Birthright and a host of others.  Yet the Bible is absolutely intrinsic to this connection.  There is a triad of the People, the Bible and the Land that cannot be divided.  Ben Gurion understood this when he said that “The Bible is our Mandate.”

Traditionally observant Jews see the Torah as having come from God. But this perspective is not essential to making the broader case that it has moral and historical significance that speaks to the world.  Once this position is promoted with pride by Jews, the historical case for the Jewish connection to the Land becomes obvious.

Yoram Hazony explained that there is one strand of Christianity that has stayed connected to the Jewish Bible – believes Christianity is founded on the Hebrew Bible.  Adherents of this position are eager to learn its lessons.  This is not true of progressive denominations of Christianity, which tend to embrace replacement theology and focus on New Testament.  He suggests that Jews may have a role to play in working with Christians who have a deep interest in the Jewish Bible.

Among the many points made by Kantorovich is that it is more effective to focus on other parallel situations, rather than on Israel, when making a case regarding international law.
When it comes to Israel, people tend to lose perspective that they often retain when considering less volatile situations. Last night he used as example the fact that the Crimea, which has been seized by Russia, remains part of the Ukraine according to international law. This illustrates a principle known as “the persistence of borders” – a principle that applies as well to Judea and Samaria, which were encompassed within the Mandate borders.  Recently he had written about this: