If only there would be a preponderance of positive news.  But that is wishful thinking, of course.  And yet, there is positive news, and news that carries within it a glint of encouraging possibilities.  I’m going to begin today with some of these items, so that we may be buoyed and have a broader perspective:

Sheikh Ali Halabi, a senior Jordanian Salafi sheikh, has issued a fatwa (religious ruling) against killing Jews.  You are reading this correctly.

Jews may be killed only during war, he said:

“Someone who protects you, gives you water and electricity, transfers you money, and you work for him and gives you money – would you betray him, even if he was a Jew?…

“Our brothers in Palestine tell us that the Jews do not attack anyone who does not attack them.” (Emphasis added)

Now, his statement was a bit qualified. He certainly does not represent the mainstream of Muslim religious leaders, and took a great deal of flack for saying this.  But it suggests to me at least the possibility of a shift.

What has occurred to me (and yes, this may be wishful thinking) is that it has to get very bad, beyond just “bad,” before we begin to see a reaction.

Please note the sentence above that I have emphasized. This puts the lie to Abbas’s consistent and outrageous claim that we “execute” innocent Palestinian Arabs in the street.  This statement can and should be used broadly.

You can see the MEMRI video of the Sheikh making these statements here:

And just today there was acknowledgement by a US official, reported by Reuters, that Israeli pilots and Jordanian pilots trained together in an exercise in the US this summer.  A first.  And, I would suggest, harbinger of a new day, however quietly and slowly it is coming to us.

Then we have the occasion – also a first – of Egypt voting with Israel at the UN.  Granted, Egypt also qualified its action, and the vote concerned a non- political issue: Israel’s membership on the United Nations space committee.  But not so long ago, even this would not have been possible.

Additionally, there is the extraordinary Egyptian journalist, activist and blogger Ahmed Meligy, who is speaking out about violence being perpetrated against Israeli civilians and the outrageous bias in the media against Israel. 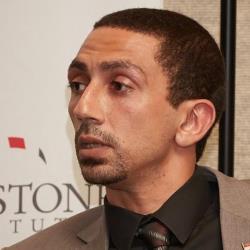 He feels so strongly about it, he says, that he, a devoted Egyptian, is prepared to put the Israeli flag next to his beloved Egyptian flag.

You can see his amazing video here:

Glimmers, just glimmers, in a sea of vile happenings. But don’t lose sight of them.

Also encouraging are Israeli actions that are strong in behalf of our interests.  Often there is the feeling that the decision to act took altogether too long.  But the actions are most welcome none-the-less.

We have been seeing that a preponderance of the Palestinian Arab violence has taken place in the Hevron region.  Thus it should not come as a surprise that the Al-Huriya  radio station, which broadcast in the Hevron area, had been openly advocating stabbings.  Now Israel has shut down the station: the station’s offices were raided and broadcast equipment was seized.  You want to say: “Mazel tov.  What took you so long??”

I confess, I didn’t know he was going to be this tough, but now that Danny Danon has assumed the position of Israeli Ambassador to the UN, he is speaking out unequivocally, defending Israel with strength.  We need this. 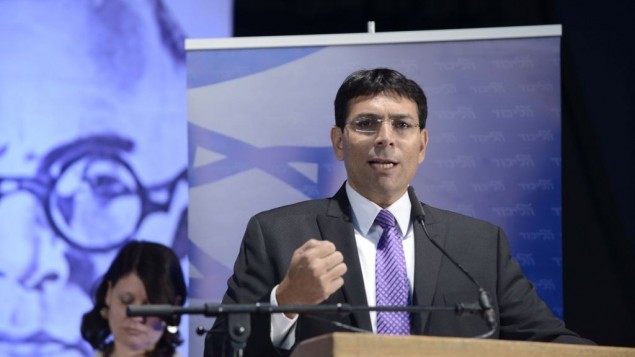 “We demand that hypocrisy and hostility towards Israel be rooted out from the UN organizations,” he told UN Secretary-General Ban Ki Moon.

A new law regarding tougher sentences for rock-throwers has been ratified by the Knesset.  Those found guilty of throwing rocks will now receive a minimum sentence of three years, which cannot be suspended except in special circumstances.  (Have no idea what they might be.) Penalties will also be levied with regard to cancellation of national insurance benefits – where minors are concerned, the parents will suffer the penalty.  Rocks have now been defined as weapons under the law.

Justice Minister Ayelet Shaked is promoting legislation that would require transparency of NGOs that receive the majority of their funds foreign governments: they would be required to make the fact of this funding public and declare the sources. This is an issue of huge importance as foreign governments have long attempted to influence the workings of our government inappropriately from within.  Here I want simply to mention this, as the process for passing it into law has just begun; there have been other versions of this law that have not succeeded.

The law would apply to all NGOs, whether on the left or right, but the harsh reality is that the vast bulk of foreign government money that comes to Israeli NGOs, is from European governments seeking to advance their agenda via left-leaning NGOs. As time allows, I would like to visit this issue in further detail.

And now that I’ve shared good news, and news that is potentially hopeful, I hope you are sufficiently strengthened to receive the bad new and the ugly news.

The terrorist attacks by Palestinian Arabs here in Israel have increased in number once again.  Yesterday was not a good day.  More accurately, a bad day – although we “only” had serious injuries and not deaths.

One attack was in Rishon Lezion, near the coast, south of Tel Aviv. Three people were stabbed, two seriously, before the terrorist fled through the streets and into a store.  Alert locals on the street gave chase and surrounded him.  Had police not rescued him, he might well have been lynched.  This terrorist was a 19 year old man from Hevron.  One of those seriously wounded was an 80 year old woman. Paramedics found her lying on the sidewalk with an open stab wound to her upper body.  This did not go down well with those who saw what happened.

In the other incident, a 22 year old Palestinian Arab from Tulkarem, in Samaria, badly stabbed a 71 year old man.  Once again bystanders gave chase. This time when police entered the scene, he charged them, yelling “Allahu Akbar.”  They shot and seriously wounded him, and took him into custody.

This is not going to be the end, of course.  Sunday three Israelis were injured when an Arab rammed his car into them.  Following this there was an attempt to stab a soldier.

Today an attack at the Gilboa checkpoint near Jenin in Samaria was thwarted, when knives and explosives were found on a suspect.

The checkpoint has been closed.

If you read that police came after a teenage boy for brandishing a ruler, you might have some serious questions about the way Israeli police handle Arab teenagers.  And so, to clarify the issue, I want to share this picture of the ruler, which had been filed to a lethal point: This provides an idea of what we are coping with. (With thanks to Rebecca M.)

I will table a great deal more until the next posting.  The entire ghastly issue of Iran is one I want to visit at some point very soon, and with it the matter of Netanyahu’s up-coming visit to the White House.

But I do want to mention a couple of follow-up items here:

First, the Temple Mount and the video cameras. My guess at present is that in spite of all the hoopla about the ability of the cameras to calm things down on the Mount, they will never be placed.  Last I wrote, the Jordanian Wakf was accusing Israel of blocking the placement of cameras, and the Prime Minister’s Office responded that the placement was supposed to be coordinated by technicians, but the Wakf was attempting to act unilaterally.

Since then, the PA got into the act, even though it was not part of the signed agreement.  The Palestinian Arabs are clearly very reluctant to be filmed in the course of their violence against non-Muslims, and their stockpiling of weapons in the mosque.  It appears as if the Wakf will bow to the Palestinian intransigence on this matter, for as far as I know, nothing is happening.

Lesson: nothing is a “given” here.

Then the return of bodies of terrorists to the PA.  The latest I have is that there is division on this within the Security Cabinet, even though the decision had been made not to return them.  It was Defense Minister Ya’alon who moved to return the bodies. This is something he could not have done without a nod from the prime minster, however.  My understanding is that Netanyahu was opposed to the return of terrorist bodies, but allowed Ya’alon considerable latitude in how to handle the matter.

All very convoluted and unsatisfactory.  Reportedly, a sheikh in Hevron told Ya’alon that there would be more terror attacks if bodies were not returned, and so Ya’alon agreed, with the proviso that the situation had to be quiet.  But I have not observed a whole lot of quiet, and it is my impression that Ya’alon will continue down the same path.

As some of my readers undoubtedly know, the Beslover Chassidim here in Israel promote song and happiness.  I thought the following video was special.  It shows IDF soldiers a year ago, preparing to go into battle in Gaza. You can see the Beslovers on the right, up on their van, leading the singing.

We are special in all the world – though the world does not us.  Not hatred, not brandishing of weapons. Singing songs of faith, with joy.

This is why we will win in the end.