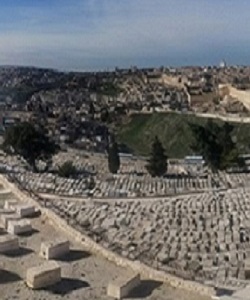 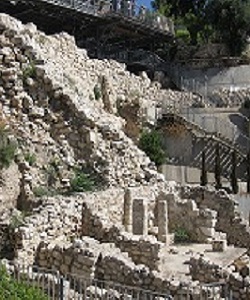 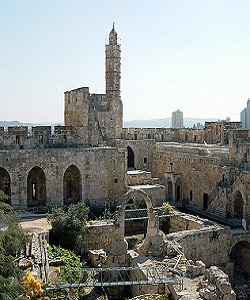 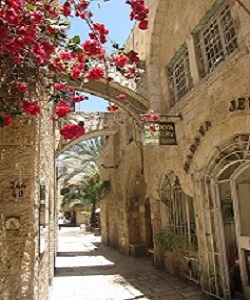 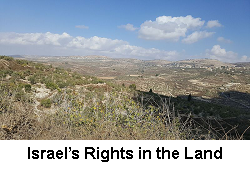 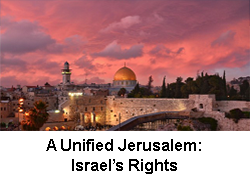 This is the subject of a conference currently being held by Shurat Hadin, the Israeli Law Center, founded and run by the amazing Nitsana Darshan-Leitner.

Current laws of warfare are outdated, she explained in her introductory remarks.  The Geneva Conventions never envisioned the asymmetrical warfare that is waged today.  We must redefine the laws of warfare, so that democratic states can adequately fight back. Today, terror groups attack civilians, and when democracies fight back, their defense is referred to as a war crime.  Terrorists should not be able to apply to international courts as if they were victims when they are the perpetrators.

The IDF must be able to fulfill its mission of protecting the people of Israel and we we must protect our soldiers, as well.

The conference is not being held with the expectation that it has any ability to change the rules of war. Rather, the goal is to stimulate an international dialogue on the issue.  What I will do here is summarize key speakers, and offer significant thoughts garnered throughout the day.

Participants are Israelis, Brits and Americans with legal and military expertise/experience.

His words were particularly powerful, as he spoke from experience in the field, addressing both strategic and moral issues.

Warfare in the past, he explained, took place on a battleground, on which military forces met each other. That battlefield has now disappeared and new dimensions have inserted themselves. As never before, we see the involvement of civilians – both as targets and human shields.  How does a soldier even determine who the enemy is, when he is not wearing a uniform?

As far as the international community is concerned, Israel has lost before even starting. Israel has no desire to hurt others who are not combatants but must protect the Israeli people.  A human dilemma.

There are broad similarities with regard to the situations in Gaza and Lebanon.  In all instances, hostilities have been started by the terrorists, with Israel holding its force until there is no choice. In both instances, the enemy fighters are allied with the ruling powers, and operate from inside civilian society.  A house in a village in Lebanon will have a livingroom, but also a missile room; in the garden a launching pad may be hidden. Shifa hospital in Gaza has served as headquarters for Hamas terrorists.

We – as a moral nation – must update our legal tools.  The soldier today is subject to uncertainties as he faces a complicated situation.

Second speaker, Lt. Gen. David Fridovich, Former Deputy Commaner, US Special Operations Command, asked:  Can you deter terrorists?  He thinks not.  Americans do not get it, he declared.  They are shielded by the media.

The first panel addressed the problem of human shields – civilians who protect weapons.  What we are dealing with here is military necessity vs. humanitarian needs. We cannot attack civilians as such or use indiscriminate force. but there is an obligation upon the enemy (in principle only as it is never honored) to separate civilians from combatants and from military operations.

Said Prof. Richard Jackson, Special Assistant to the US Army Judge Advocate General for Law of War, eyes must stay on the target, with fire adjusted one round at a time, using precision weapons.  The enemy is trying to provoke a response that uses overwhelming force. What is needed then is a modulated response.

The next member of the panel to speak was Col. Richard Kemp, Former Commander, British Forces in Afghanistan, and one of Israel’s staunchest friends.

The use of human shields is rapidly increasing, he said:

– there is a greater prevalence of asymmetrical power, with the weaker side using civilians
– this is a means of political warfare against the Western powers (Israel included), a way to undermine democracies and democratic armies
– there is influence by the media
– this hinders direct attack, restrains democratic armies ability to operate

The use of human shields continues, said Kemp, because this works.  He suggested here that if democracies had greater reluctance to be deterred by human shields they might be employed less.  He is not suggesting wholesale slaughter! but wonders if perhaps there is a need to permit greater collateral damage.  The proportionality calculus must change, and it needs to be codified.

Human shields lose their status as protected persons because they enhance the enemy’s goals.  But only if they are serving as shields voluntarily. (More on this follows.)

Death of human shields must be considered the responsibility of those who use them.  It is illegal to use human shields.  In fact, the law requires moving civilians from a combat area.

Kemp suggested that over-all military objectives, and not just the immediate situation, must be considered when deciding on how to respond to human shields.  If there is greater collateral damage permitted in one operation, perhaps in the long term it would discourage use of human shields.

Bassem Eid, a courageous Palestinian Arab Human-Rights activist, followed with some comments on what Kemp had suggested.

The civilians in Gaza must wake up, he declared: their leaders do not have the right to do as they do.  However, Hamas coerces people, pays them to motivate them to stay put, and charges those who flee an area that Israel is about to attack with being Israeli collaborators.

International human rights organizations do not raise the issue of human shields:  “No Jews, no news.”

Hamas cares nothing about civilians or reconstruction – only about new tunnels and a stronger military.

I want to move here to the panel that discussed the critical issue of proportionality.  Proportionality is not about how many deaths were suffered on each side – which is how the topic is frequently represented. It is rather a question of what is a proportionate amount of collateral damage for a given military advantage. In the end, this is a principle that requires interpretation.  The rule of proportionality is the most misunderstood and misapplied.

Prof. Yuval Shany, Dean of the Faculty of Law, Hebrew University, says that democracies do not normally utilize indiscriminate force or kill civilians on purpose.  But there remains a host of related questions.  Regarding, for example, weapon choice: do you act quickly, even though there will be collateral damage?  Or do you lose valuable time and wait until a more accurate weapon is brought in?  Risk to the soldiers serving under a commander must be considered by him, as must issues of military necessity.

On these questions, “reasonable minds may disagree.”

Prof. Eugene Kontorovich, Northwestern University School of Law, asked how one measures proportionality. The law does not define what the proportion is.  Who decides?  In international law, there is no final legal decider.

Prof. Geoffrey Corn, of the South Texas College of Law, provided insights on this matter that were clear and enormously useful. We are dealing, he said, with the hypocrisy of double standards.  The law is not going to change, but we should not allow it to be distorted: if properly understood, there is flexibility.

The keyword is excessive: a significant imbalance.  Commanders must anticipate the risk, and make an assessment regarding whether it is worth it.

The commander must be judged on conditions that prevailed when he made his decision.  Many tactical factors will have weighed into the equation.

Instead, the commander is criticized based on the results.  No commander, no matter how moral, can always make the right decision.

Professor Corn prefers to think in terms of the rule of precautionary obligations.  This provides objective evidence of good faith and morality.  Did the commander take into consideration different weapons, different timing, how much warning to give?  Etc. etc.  If all these measures have been weighed, then it is possible to move ahead with lethal force to defeat the enemy.

Prof. Corn says that the moral considerations need to be ramped up when fighting the most immoral of enemies – otherwise all moral footing is lost.  The moral well being of our combatants at the end of the war must be considered.

These are exceedingly heavy issues that must be struggled with in real time.  We know that down the road – soon – we will be confronting these situations again.

I close here by noting that it was remarked several times during the course of the day that there is no more moral army in the world than the IDF. No other army takes the extraordinary measures that ours does to warn civilians before we attack.  At the same time, we take the most heat from the world.

It is highly likely that when I next post it will be to discuss the formation of the coalition.  The deadline for Netanyahu is almost upon us.  It has not been a happy scenario, but I believe he will pull it off somehow by Wednesday. The news today is that Avigdor Lieberman, head of Yisrael Beitenu and until now foreign minister, is declining to participate in the coalition.