In a thousand ways, Israel is different from all other nations in the world – and the observance of Yom HaZikaron followed immediately by Yom HaAtamaut is, I believe, one of those ways.

Yesterday was Yom HaZikron – Memorial Day for all those who have fallen for the the State of Israel.

A siren sounded at 8:00 Tuesday night, to mark the beginning of the day. Everywhere people stopped what they were doing and stood at attention in memory of the dead.  A similar siren sounded at 11:00 in Wednesday morning.

There were multiple ceremonies at night, with the official one at the Kotel, flag at half-mast.

During the day yesterday there were further ceremonies, most notably at Har Herzl in Jerusalem.  But all of the many military cemeteries across the country are crowded with visitors visiting the graves of loved ones. 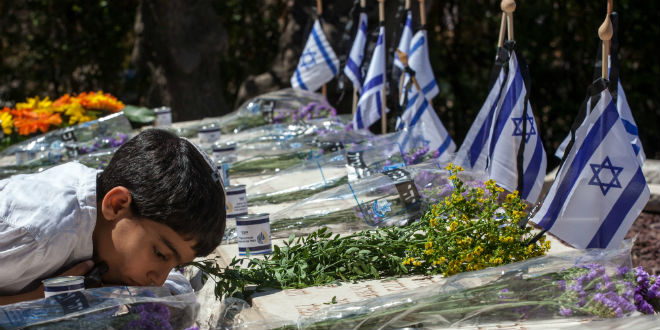 And here is the point, my friends.  We are a family here in Israel.  Everyone knows someone who died, or someone who has lost a dear one.  The day is a day of national mourning.

We all know, as surely as we know anything, that they died so that Israel might live.

There are stories without end that amplify this family attitude:

When a soldier in a unit has died, his comrades do not forget him.  Sometimes, even after they are out of the army, they sustain incredible ties with the family of their fallen brother.

Yishai Fleisher has recounted his days as a paratrooper 20 years ago.  He – still in training – and each of his fellow paratroopers was assigned the grave of a paratrooper who had died, to stand with the family during memorial ceremonies.

Lone soldiers – those without immediate family in the country – have special ceremonies so that they are not forgotten.

“Beyond the silence enveloping the State of Israel this evening, we discover again how much we are tied to one another, united for a common fate and purpose…

“Unity is not necessary agreement, but we must not let these differences damage the unity of our goal…

“On the eve of Independence Day, the IDF is a powerful military…If we support one another there is no enemy we cannot defeat.” 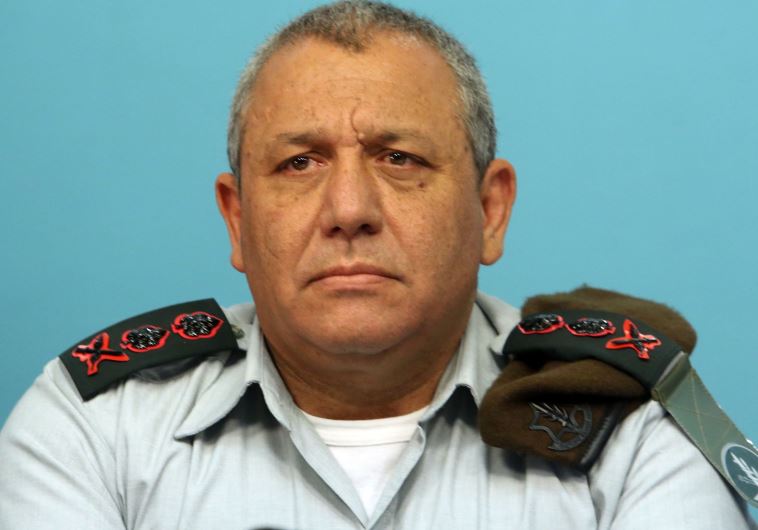 A young woman I know well once said to me, when she was in high school, “We [she and her friends] know we might die.  It’s OK.”

That floored me, but it is a reality our young people live with.  Death is a part of what they encounter at a young age.  They absorb this reality and they are happy anyway.  Actually, I think that it is not “in spite” of their knowledge of death, but rather “because” of it, that they are happy.  They know they are part of something worth dying for – Heaven forbid that any of them should have to die.  Their lives are imbued with a certain meaning, which includes, as I said above, the sense of being part of something larger than themselves.

This is not to suggest that there is no fear, or that losing comrades is anything less than heartbreaking. This number is comprised mostly of soldiers lost in battle.  Soldiers to whom we are forever and unendingly indebted.

But it includes, as well, victims of terror, who also give their lives for the country.  It is important to note that the count begins 88 years before there was a state.  Never let it be said that terrorism is a response to “the occupation.”  The Arabs were attacking Jews when their numbers here were few and the idea of a sovereign state was still a dream.

Sherri Mandell and her husband, Rabbi Seth Mandell, lost their eldest son, Koby, to a terror attack 15 years ago.  She spoke in a local synagogue on Sunday night and she was amazing in her forthright vulnerability.

Sherri and Seth epitomize the strength and resilience of many Israelis in the face of tragedy.  They grieve in their hearts always – the pain does not go away.  But they rise up to face life, and to make something meaningful out of what happened, so that the unimaginable becomes imbued with a larger purpose.  The Mandells founded the Koby Mandell Foundation, which runs Camp Koby, where bereaved children find comfort and solace.

Something similar is true of Miriam Peretz, who lost two sons in wars.  I once heard her speak about her conflict on going to the cemetery – not knowing which grave to visit first.  And yet, she also said, she is very grateful and proud to be Israeli. She devotes herself to giving inspirational talks, promoting that same pride in Israel in others. 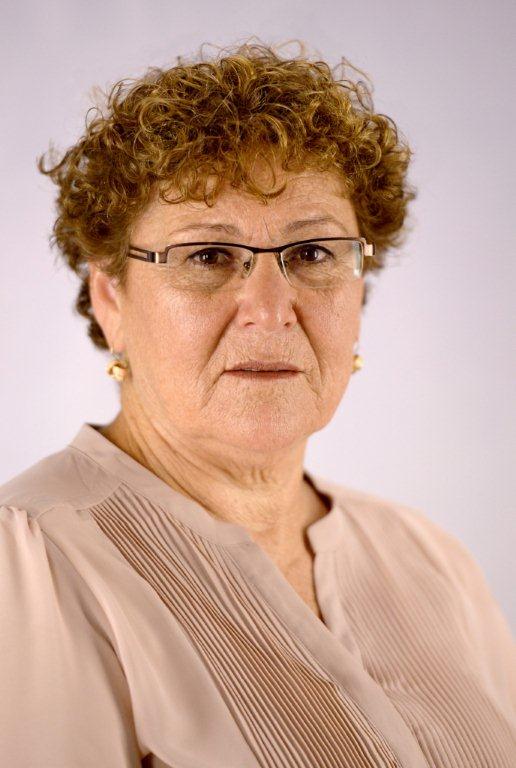 And so it is with countless others who have lost dear ones:  They refuse to let their loss embitter their lives, they go on, somehow, vowing to live with love.  I, quite frankly, are in awe of them.

I think of Natan Meir, who said after the murder of his much beloved wife Dafna, “We do not curse Arabs. We are not people who hate.”  His focus is on caring for his family. 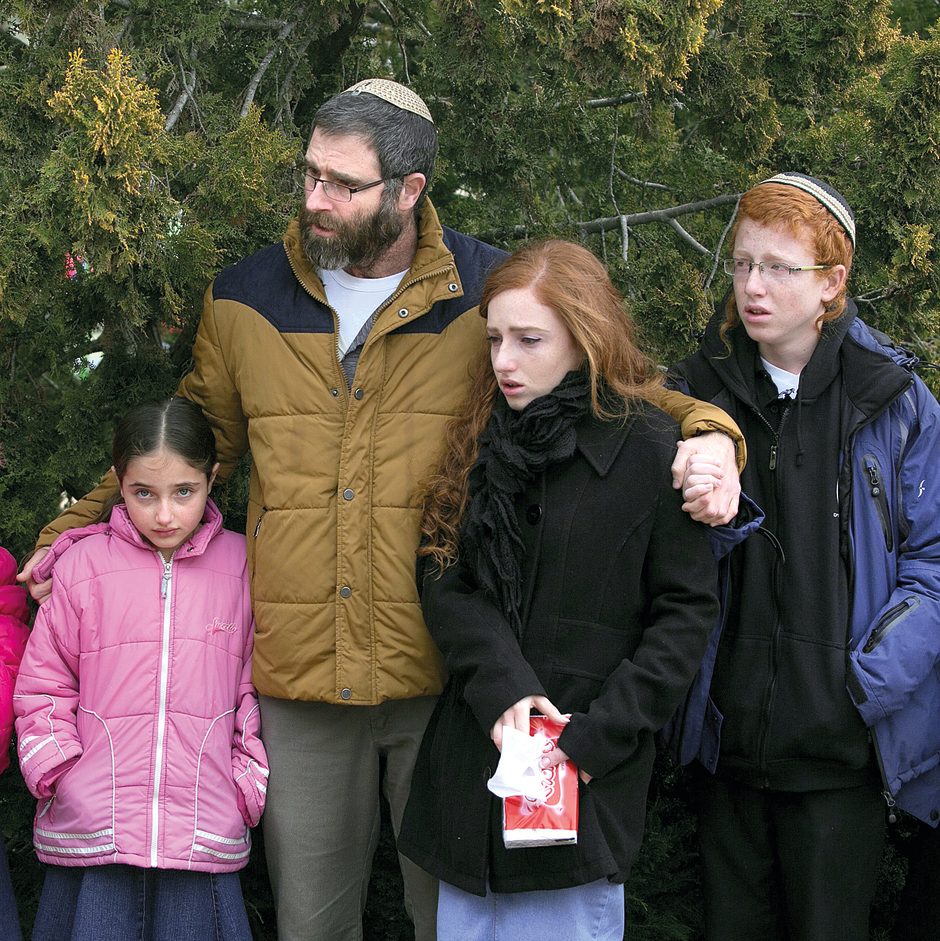 “The challenge is to choose life, and for this my children and I try to wake up every morning, even when we don’t want to – to chose life, this is our right and our duty…”

We should not be surprised that there has been a spate of terror attacks to coincide with Yom HaZikaron. An IDF officer was seriously injured in an explosion at Hizme Junction, just north of Jerusalem.  And there was a stabbing attack in the Armon Hanatziv neighborhood of Jerusalem.  I have scant information on this but apparently at least three young people were wounded.

But most despicable was the stabbing attack – also in Armon Hanatziv – of two women in their 80s by masked assailants, who have yet to be caught.

We pray mightily that the days when we have to cope with the hatred and the despicable acts will come to an end.  But we go on…

At 8:00 last night, a siren, the mood shifted, and suddenly it was Yom Ha’Atzmaut, Israeli Independence Day. A day of celebration. 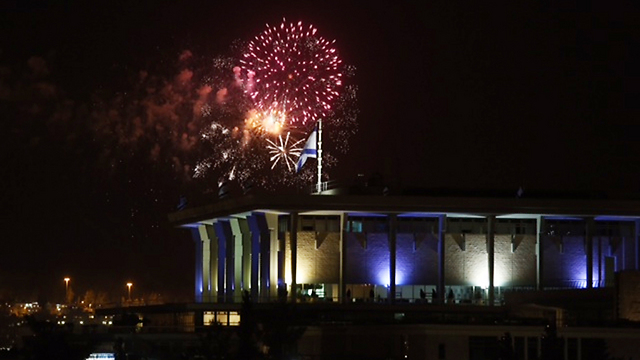 How sudden is the transition, and how emblematic of life in Israel, where sorrow and joy merge.

I began the celebration last night, as do many Israelis, with prayer, including a spirited and joyously musical Hallel – recitation of psalms of thanksgiving.

For it is all for naught if we fail to recognize the Almighty’s hand in the blessings of this land.

It is not just that our situation is incredibly good in a host of different ways – it is that we are looking at a miracle.

I rather like what Michael Freund wrote today (emphasis added):

“Religious Zionists view the birth of the state as ‘the beginning of the flowering of our redemption.’ This infuses Independence Day with majestic meaning, underlining the spiritual grandeur of the day…

And he reminds us of the 5708th verse in the Torah (corresponding, he notes, to the Hebrew date 5708 when modern Israel was founded) – Deuteronomy 30;5: “And the Lord your God will bring you to the Land, that your fathers possessed, and you will possess it, and He will do good unto you and multiply you more than your forbearers.”

Israel is a work in progress. This is obvious.

But while we are very far from perfect, we are a magnificent and special nation, with great promise unfolding before us.

We owe it to those who have given their lives, to make Israel the best she might be.

As is this. Where else in the world, except Israel, is there an armed force that takes the time to integrate young people with disabilities into the army as volunteers, so that they might reach their full potential and be given a sense of belonging. See the video here:

I also like to include a video clip of David Ben Gurion reading the Declaration of Independence:

But I want to add a few historical and legal comments to what you hear in the video.  Ben Gurion refers to UN General Assembly resolution 181 of 1947 (known as the Partition Plan).  Note that he says first and foremost that the State of Israel is being founded based on the natural right of the Jews to their homeland. But he also says based on the UN resolution.

However…the resolution, coming as it did from the General Assembly, was merely a recommendation and had no weight in international law. It was the Declaration of Independence and not that resolution that established the State.  It seems that Ben Gurion referred to the resolution because it was a way of saying, see, the world now sanctions our Jewish state.

The State was established within the lines that the UN had recommended, but no formal borders were declared. And, in fact, by the end of the War of Independence in 1949, the lines had been extended a bit to what is called the Green Line (armistice lines).

At no point did the Declaration of Independence renounce the right granted to the Jewish people via the Mandate for Palestine to all of Palestine from the river to the sea.  That right still stands. We liberated Judea and Samaria in 1967, but have yet to establish sovereignty over it, or even apply Israeli law to the area.  May that day come soon.

It is customary on Yom Ha’Atzmaut to compile lists of things that are unique to Israel or that make us special.  I’d like to close with a few of those that caught my fancy.  Hope you enjoy them as well.

These are from Barbara Sofer’s JPost column:

[] The Israel water company isn’t allowed to turn off water for those who can’t pay. It’s the law.

[] A retired bus driver continues one route, making sure the grandmas reciting pre-dawn psalms have a safe ride home.

[] The only registry for Arab bone-marrow donors for Muslims in all of the world is located in Jerusalem.

[] When the father of a Palestinian toddler who fell headfirst into a vat of boiling jam was told to dig a grave for his son, the IDF brought him to Hadassah University Medical Center, where he’s recovering with the help of the National Skin Bank.

And these are from Buzzfeed with thanks to reader Sharon R:

[] OnlyInIsrael is the sign on public transport reminding passengers to give up their seat for the elderly a direct quote from the Bible.

[] OnlyInIsrael does the mother of an army major general go on the radio to defend her son from public criticism.

This sounds perfect to me:

If you don’t understand the Hebrew, see the English translation.