The good news, my friends, is that in the midst of neighboring mayhem and chaos, Israel managed to celebrate Purim late last week without mishap. This was not a sure thing, by any means, and should not be taken lightly. 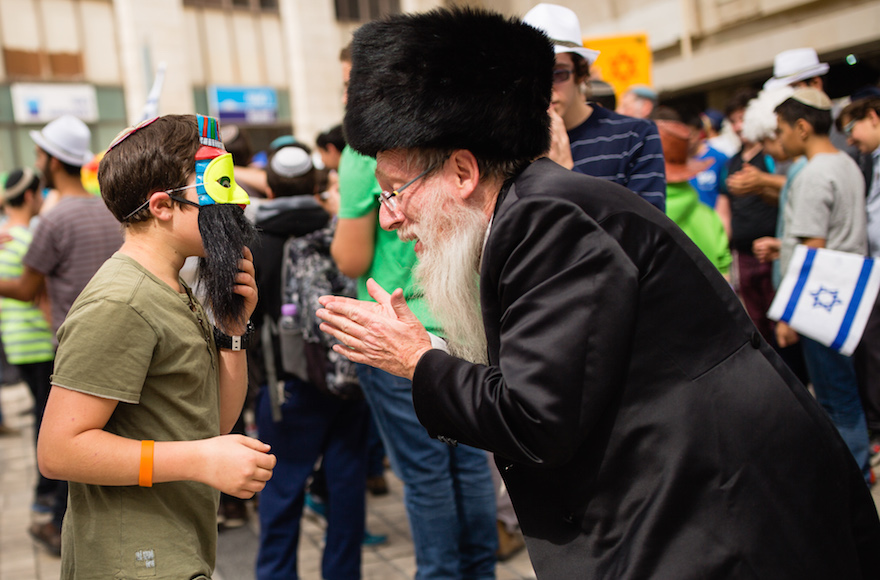 Three Megillot – scrolls of the Book of Esther, which are read on Purim – were recently found in a hidden synagogue at the former Warsaw Ghetto site after a wall in an old building in the ghetto collapsed.  These particular scrolls – pictured below is an example – were obviously used during the Holocaust.

Researchers from the Shem Olam Institute in Kfar Haroeh discovered them.

Rabbi Avraham Krieger, head of Shem Olam, said, “The more we investigate the life of the Jews in the Warsaw ghetto, [the more] we discover the courage and mental strength the Jews exhibited to keep the faith alive despite the grief and the threat of death that surrounded them from all directions.”  (Emphasis added) 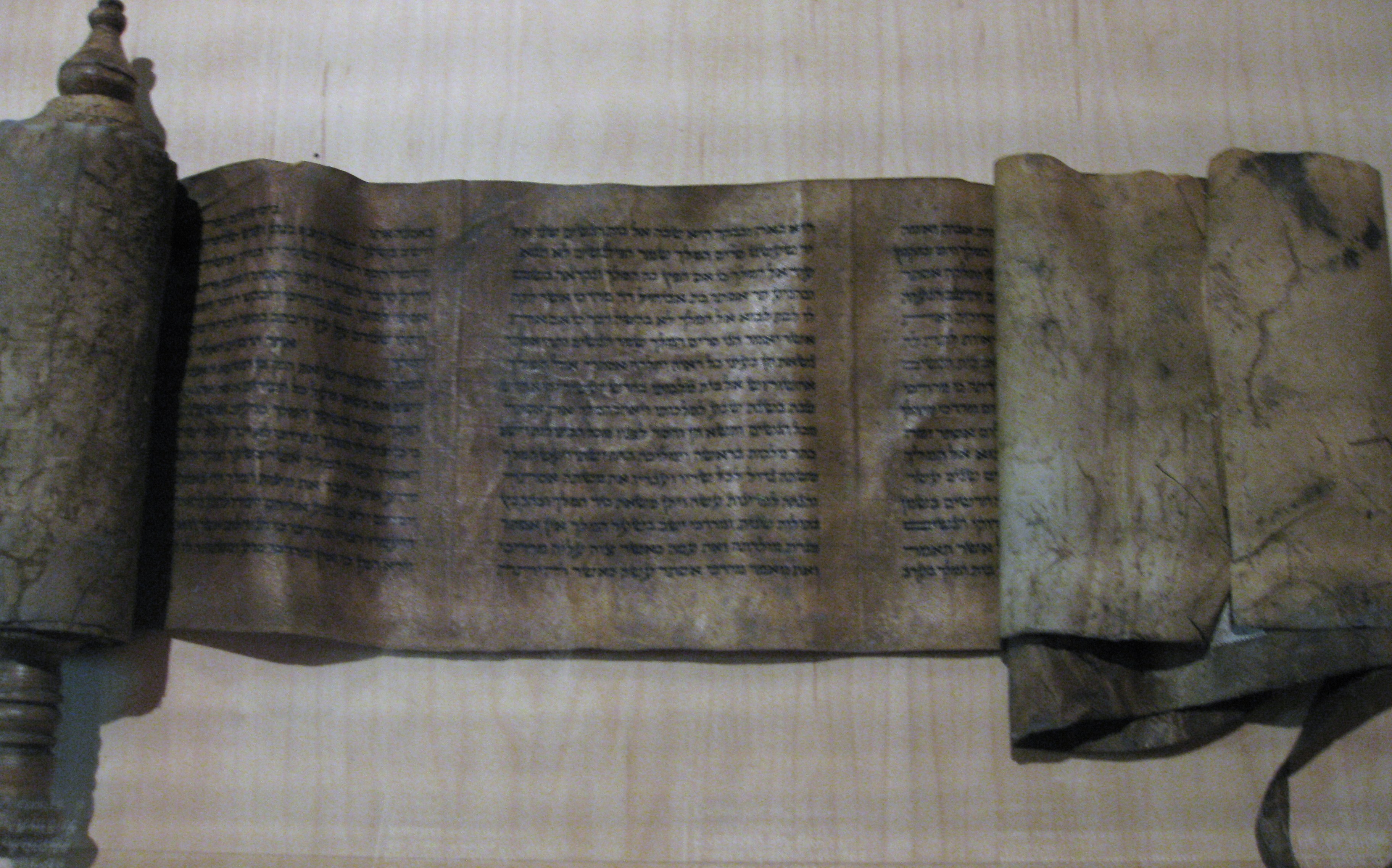 As to what “they” are thinking, I am referring to western Europeans generally, and the Belgians most specifically.

I doubt that there is anyone reading this who does not know about the two-pronged attack that took place in Brussels, Belgium last Tuesday.  It happened after I had written my last posting and I think it is important to examine it here, not simply because of the horror, but more significantly, because of the implications.

Two suicide bombers struck just seconds apart, at 8:00 in the morning, in the departure hall at Brussels’ Zaventem airport, blowing out part of the roof. 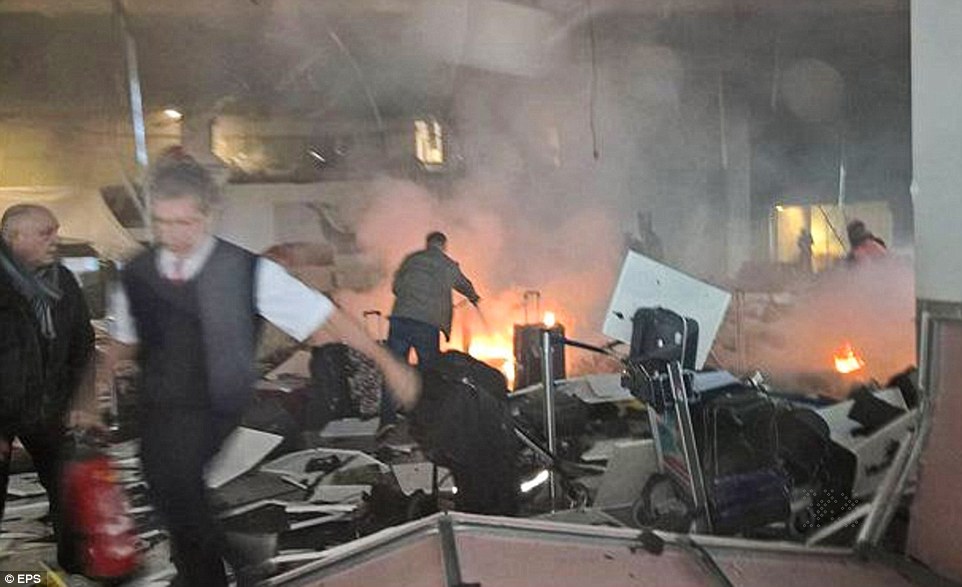 Just an hour later, another suicide bomber struck near at Molenbeek metro station, just a few hundred meters from the main European Union offices and many diplomatic missions.  This attack ripped apart a train.

In all, at least 31 people were killed and some 300 wounded – 61 critically.  Because of the location of the attack at the heart of the EU, 41 different nationalities are among the dead and wounded.

Utilizing fingerprint and DNA evidence, the authorities have identified the two suicide bombers from the airport: Belgian national Ibrahim El Bakraoui and Moroccan-born Najim Laachraoui, said to be a top ISIS bomb-maker.  Bakraoui’s younger brother Khalid El Bakraoui was identified as the metro bomber. Security cameras suggest that there was a third airport bomber and a second Metro bomber, both of whom got away.

A number of other suspected accomplices have been arrested in the days since the attacks.

What is quite clear is that the recent attack in Paris and this Brussels attack are connected – we are looking at a widespread, international terror network.  There was, for example, DNA evidence linking Laahraoui to the Paris attack.

But perhaps most significant is the fact that just four days before the terrorists hit in Brussels, Belgian-born Frenchman Salah Abdeslam, a key suspect in the Paris attacks, had been arrested in Belgium after four months of running. Now there are multiple sources saying the attack in Brussels may have been revenge for Abdeslam’s arrest.

But hey! This is not just in hindsight: I read at the time of the arrest that Belgian intelligence was looking at the possibility of such a revenge attack.

Professor Anthony Glees, Director of the Centre for Security and Intelligence Studies at the University of Buckingham, says that the attack in Brussels was not a surprise given the arrest of Abdeslam (emphasis added):

“What is surprising is that one would have expected that at this time there would have been very strong armed police and soldiers at the airport and in the vicinity of the European Union.”

Actually, Israeli security officials who were charged with assessing security measures at international airports operating flights to Tel Aviv had found “significant shortcomings” at Zaventem Airport.  Weeks ago the Israelis had warned Belgian authorities about the security lapses.

And it has now been revealed that Turkey had detained Ibrahim El Bakraoui last year and then deported him back to Europe.  Turkish President Recep Tayyip Erdogan said Belgian authorities released him despite warnings from Ankara’s that he was “a foreign fighter.”

There are a number of critiques regarding how Belgium operates with regard to risk from Islamists.  The Molenbeek section of Brussels is widely recognized as a hotbed of jihadist activity.  The Washington Post calls it “one of the world’s main breeding grounds of violent Islamist extremists.”

As one commentator observed, “The absurdity of the situation is that Molenbeek is in a short driving distance from the headquarters of NATO and the European Commission.”

Literally, the capital of Europe is out of control.  I’ve encountered a great deal about the cumbersome bureaucracy of Belgium and the failure of various agencies to properly communicate for effective cooperation.  And then there are the various regulations and rules that hinder effective security operations.  No houses may be searched at night  Racial profiling is, of course, forbidden.  There is an open border policy.

It goes without saying that we have not seen the last of jihadist attacks in Europe.

“The Islamic State group has trained at least 400 fighters to target Europe in deadly waves of attacks, deploying interlocking terror cells like the ones that struck Brussels and Paris with orders to choose the time, place and method for maximum carnage, The Associated Press has learned.”  (Emphasis added)

The fighters in some instances are recruited inside of Europe, in places such as Molenbeek. But there is also the phenomenon of Europeans going to fight with ISIS in Syria and Iraq and then returning.  According to CNN, at least 500 men and women have left Belgium, alone, for Syria since 2012 – Belgium has the highest rate per capita in Europe of people going to fight with ISIS. More than 100 have returned. There is indication that some returnees  are arrested; but it is also the case that throughout Europe there are returnees who have re-entered freely.

“Returned Syria fighters are a huge threat… It is absolutely unbelievable that our governments allow them to return… Every government in the West, which refuses to do so [lock them up], is a moral accessory if one of these monsters commits an atrocity.” (Emphasis added, Gatestone source provided below.)

Soeren Kern, writing in Gatestone on the issue jihadists in the EU, quotes a US intelligence official who said (emphasis added):

“Even with the EU in general, there’s an infiltration of jihadists that’s been happening for two decades. And now they’re just starting to work on this. When we have to contact these people or send our guys over to talk to them, we’re essentially talking with people who are — I’m just going to put it bluntly — children. These are not pro-active, they don’t know what’s going on. They’re in such denial. It’s such a frightening thing to admit their country is being taken over.”

And the 40,000 Jews of Belgium – do they feel safe?  A rhetorical question, actually.  How could they?  Jews interviewed recently by the JPost refer repeatedly to the incompetence of the Belgian government.  They recognize, and appreciate, efforts being made to protect the Jewish population, but, as one resident of Antwerp’s Jewish neighborhood said, “When the right hand doesn’t know what the left hand is doing, the soldiers might as well be cardboard.”

The Brussels police requested of the Jewish community that all large Purim celebrations be cancelled. Thus, a large megillah (scroll of Esther) reading that would have been attended by some thousand people at the Great Synagogue was not held and instead there were small gatherings in homes.

“The police said that they are unable to protect the event while the city is in a state of war,” explained Rabbi Menachem Margolin.

And speaking of aliyah…

There was an ancient Jewish community in Kaifeng, China, dating back more than 1,000 years; the Jews were traders who had come from Persia or India.  Over the years that community dissipated. Here we see young women, descendants of those Jews, who identify as Jews today and have come to Israel to formally convert and acquire Israeli citizenship.

Heartwarming, and rather amazing.  Truly a testament to the tenacity of Jewish identity.  The man speaking in the video is Michael Freund, who founded the organization Shavei Yisrael, to help lost Jews come home.

Jews had an ancient community in Yemen, dating back at least 1,000 years and very possibly twice as long at this; Yemenite Jews, who in the main were quite pious, had a good many unique traditions.  Most of that community, which had sustained itself in the face of persecution, was airlifted to Israel in Operation Magic Carpet, 1949 – 1950; 50,000 Yemenite Jews were brought to Israel.  Among the best known of Yemenite Israelis is the late Ofra Haza.

A small remnant of that community remained in Yemen. But this past week, 19 Yemenite Jews were secretly airlifted into Israel by the Jewish Agency as part of an operation that took two years.  (Actually, 17 were brought in at one time, and two had come a bit earlier.) Secrecy was necessary because the Jews lived in an area today controlled by hostile Houthi rebels who had to be bribed.

The tension was greater because a 500 year old Yemenite Torah scroll was brought out with them.  The Iranian-backed Houthis claim that this scroll was part of their heritage and has been stolen from them. 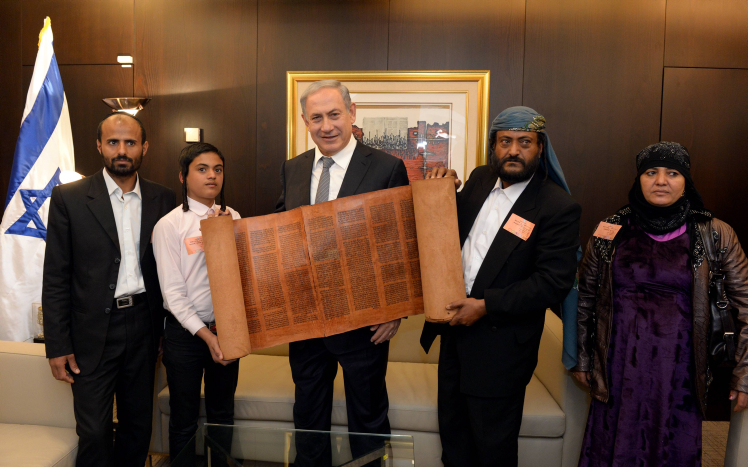 Some 50 Jews – who opted not to leave – remain in Yemen, but the Jewish Agency has now declared the rescue and aliyah of the Yemenite Jews ended  One of the Jews who remained behind, and helped the others get out, has been arrested, along with a Muslim, because of their involvement in helping to smuggle the Torah scroll out.

Some members of the Dahari family, which came to Israel now, had come earlier, a few at a time, over a period of ten years. This was true especially for the children, who were pulled out from a difficult situation.  When he learned about the Houthi claims to the Torah scroll, Manny Dehari, now 22, wrote on Facebook: “The Torah scroll has been in my family for hundreds of years and we will never give it up for anything or anyone.”

We close with Ofra Haza in a medley of traditional Yemenite songs: