The 33rd government has been announced by Prime Minister Netanyahu in its final permutation.  The list of ministers (22 in number) and deputies is provided at the end of this posting.  You may want to save it.

After the balagan of establishing the coalition, with all of its extraordinary tensions and game-playing, I am finding that there truly are enough good people in the government so that there is some reason to be hopeful.

A handful of changes from the prior list I had shared, which was still tentative, are worthy of note here:

Yuval Steinitz (Likud), former Finance Minister, will be holding the position of Minister for International, Intelligence and Strategic Affairs — an important position that includes handling strategic dialogue with the United States. 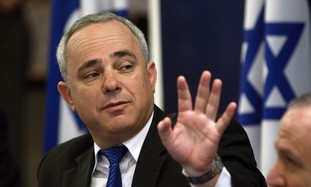 I had assumed — incorrectly — that the responsibilities of the Ministry of Strategic Affairs, which had been headed by Moshe Ya’alon, would be subsumed under his new Defense Ministry position. As it turns out, it has been decided that strategic affairs, along with intelligence, will fall within Steinitz’s new bailiwick.  This new ministry was actually created for him.

Steinitz, who previously served as a chair of the Knesset Foreign Affairs and Defense Committee, will also sit on the committee overseeing negotiations, such as they may be, with the Palestinian Arabs.

The left-wing Ofer Shelah (Yesh Atid) will not be Deputy Defense Minister under Ya’alon after all.  Instead that position will be filled by the nationalist Danny Danon (Likud).

There is question as to how much power Elkin will have in the current absence of foreign minister designate Avigdor Lieberman: will he be temporary de facto minister, or was his a political appointment?  The question is all the more intriguing because Elkin, who is a nationalist, has not exactly seen eye-to-eye with Netanyahu over a period of time.

What I begin to wonder is how much ministry there will be left to head, should Lieberman return to his prior post.

Perhaps most surprising is that fact that Moshe Feiglin (Likud) — who has been a persistent challenge to Netanyahu, and someone the prime minister, until now, has tried his best to sideline — has been given a position as Deputy Speaker of the Knesset.   Not the most powerful of positions — he will on occasion run Knesset sessions when the Speaker Yuli Edelstein is unavailable — it still marks the first time that Netanyahu has accorded Feiglin, a staunch nationalist ideologue, any recognition.

This is just one of the appointments that makes me wonder, all over again, exactly who Binyamin Netanyahu is.  He is not consistent in the message he gives.  (Please, do not write to share your theory about the prime minister.)

The new ministers have been sworn in, and the prime minister held his first Cabinet meeting shortly thereafter.  He told those gathered:

“There are excellent people here, fit people, experienced people. The only way to be successful will be to work together, which I’m sure we will do.  The citizens of Israel are expecting us to work together…”

Faction heads within the coalition are making the appropriately conciliatory noises:  Everyone is talking about standing behind Netanyahu and being of assistance for the sake of the nation.  They should only take a hard look now at what’s coming down the road and mean what they say!

Tzipi Livni made her little speech about how she’ll work diligently to advance “peace talks.”

But Yisrael Beitenu Chair (and Foreign Minister designate) MK Avigdor Lieberman called a press conference to mark the beginning of the new government, at which he said that there would be no more progress in peace negotiations in the next four years than there has been in the past four.

He further said that Israel would “emphatically oppose any attempt to reimpose a [building] freeze.”

We have been confronting increased Palestinian Arab violence of one sort and another in Judea and Samaria of late.  A Shin Bet report indicates that there were a total of 139 attacks, including firebombings and the use of improvised explosives, in February, compared to 83 in January.

Of the many incidents that might be mentioned, I want to call attention to two specific ones here:

Just today, a 70 year old man was shot in the legs on a road outside Kedumim in Samaria.  According to an Israel National News report, the assailant, in a car, had stopped to ask directions, and then shot him.

While last Thursday night, on a road outside of Ariel, also in Samaria, Arabs threw rocks that hit a truck, causing it to veer off course and collide with a car.  The woman driving the car and her three young daughters were all injured, but it was the youngest, Adelle Biton, age two, who was hurt critically.  She is still fighting for her life.

It is, first of all, important that incidents such as this be widely publicized. But beyond this, there is the need to respond more forcefully to this low-grade terrorism.  And it is here that I have hope.

Shortly after Adelle Biton was so seriously injured, Naftali Bennett made a statement:
“Some people take rock throwing lightly, and prevent action against them. Rock throwers are trying to murder and they need to be treated accordingly.

“Let us pray for the life of the baby girl.”

How correct he is, and how refreshing to hear someone call it as it is, advocating a new and necessarily tough stance.  Many is the time I’ve heard rock throwing minimized — “just kids throwing stones.”  Look again.

Then today, after the man was shot in the legs, MK Moti Yogev, a colonel in the reserves and former commander of an elite infantry unit, called for changing the rules of engagement with terrorists:

“The event in Samaria is, in effect, a development from events where rules of engagement were changed.  If we are willing to [tolerate] rock attacks, then the fire bombs follow. If we are lax on fire bombs, then we experience the gunfire. This is how it was in the past, and this is apparently what is happening now.

“…I hope that the IDF, under the new incoming defense minister…Minister Moshe Yaalon, together with the new deputy defense minister, Danny Danon, will set a policy that will make clear, first, that the Land of Israel belongs to the nation of Israel, and this policy is also what gives us quiet from terror attacks, and that he will set a clear policy regarding rules of engagement, and the all-out war against the terrorists.”

More welcome words, which must be followed by appropriate action.  An all-out war against the terrorists, indeed, without fear of how it would be spun in the international press, or what other nations expect from us.

“Rock-throwing [should] be treated like shooting using firearms, only this kind of change will stop civilians and soldiers from being targeted by Arab rioters and prevent disasters.”

Well, I was on King David Street today, site of the King David Hotel, where President Obama will be staying, and saw some of the security preparations being set up.  For local residents, the president’s visit means an inability to move about the city.

All in all, there’s no way to avoid the fact that he’s coming.  So stay tuned…

Talk continues unabated with regard to the fact that the US Embassy, on behalf of the president, invited Israeli university students to hear his speech at the International Convention Center in Jerusalem (Binyanei Ha’uma) on Thursday, but excluded those of Ariel University in Samaria for what seem to be political reasons.  Obama is trying to reach out to young people, but has set a negative tone before the event has even taken place.

Uri Reshtik, Israel Student Union Chair, has sent a letter to the Embassy in which he refers to the exclusionary invitation as “discrimination based on ulterior motives. Such discrimination is not respectable and not acceptable.”

“It is shocking to think that you can disqualify students just because they learn in the West Bank. I do not understand how President Obama wants to conduct a dialogue with the Israeli public when he is consciously excluding part of it.”

How lovely it would be if students in large numbers heeded the call of this left-wing MK.