When Hillary Clinton announced her running mate – Virginia Senator Tim Kaine – on Saturday, she declared that he “is everything Donald Trump and Mike Pence are not.” 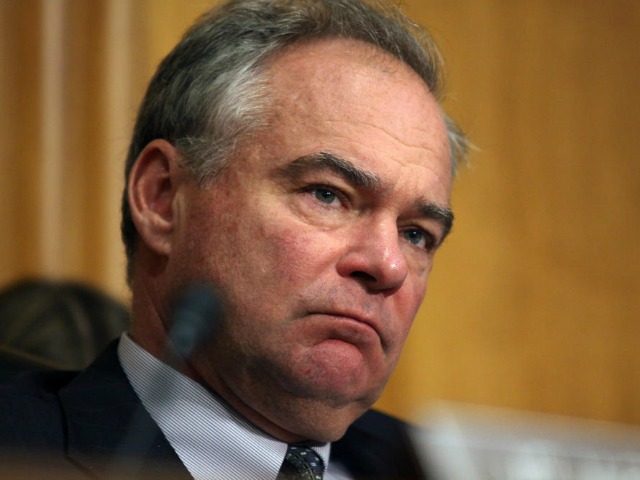 Well.  It’s very rarely indeed that I agree with Hillary.  But here I do, saying Baruch Hashem (Thank Heaven) for the difference.  That’s the very beginning (but hardly the end) of today’s good news.

Before you think I have gone totally bonkers, allow me to explain, beginning with a brief overview of what Tim Kaine stands for:

Declared an editorial in the NY Sun:

“Can it be a coincidence that of all the millions of Americans Secretary Clinton could have picked as her running mate, she chose, in Senator Kaine, one of the eight Democrats who boycotted Prime Minister Netanyahu’s address last year to a joint meeting of Congress? Not a chance…

“[Kaine] was also one the senators who in 2014 refused to sign a letter to President Obama warning of legislated legal constraints on funding the Palestinian Arab authority after it struck its alliance with Hamas. The letter, led by Senators Susan Collins and Ben Cardin, was signed by 88 senators from both parties.

According to the JPost, Kaine was also “one of only 17 senators in April not to sign a letter urging US President Barack Obama to increase the US military aid package to Israel.

Then last, but hardly least, Breitbart reports that he “has a history of embracing Islamists. He appointed a Hamas supporter to a state immigration commission; spoke at a dinner honoring a Muslim Brotherhood terror suspect; and received donations from well-known Islamist groups.”  (Emphasis added)

So we have clarity with regard to who Tim Kaine is. And with this, of course, comes clarity about Hillary, who selected him.

We have to be grateful for this lack of ambiguity, because it leaves no doubt about the fact the Clinton-Kaine ticket must be defeated.  For Israel’s sake, yes.

But first and primarily for America’s sake.  A presidential – vice presidential team that continues Obama’s embrace of Islamists is a road to destruction that cannot be tolerated.

Having said this, I would then be quite justified in promoting the Trump – Pence ticket because it must be anyone but Hillary.

But the other reason things are looking up is that I have now moved  beyond this position and am pleased to endorse the Republican team in positive terms.  By the time we come close to the election, I hope I will have brought many of my readers to the same place.

On Sunday, I went to have a serious conversation with attorney Marc Zell, who co-chairs Republicans Overseas Israel.  Marc participated in the deliberations and meetings of the Republican Platform Committee, which passed the most pro-Israel plank in over 25 years, if not ever, and was a non-voting delegate at the convention.

He speaks, first, about the overwhelmingly positive attitude the Republican party is expressing with regard to Israel.  The support that is being exhibited, said Marc, would not have been possible without the participation and encouragement of key Trump advisors.  Mike Pence, for his part, as a congressman and then as governor of Indiana, has a long history of passionate support for Israel.

Marc explored with me a number of accusations made against Trump, in each regard setting the record straight:

Trump is not an isolationist.  He has simply said that the US cannot function in the greater world until she is strengthened from within – that this strengthening must come first.

To make American safe, make America strong, make America great.  “…this does not mean turning inward and steering America away from the world at large.  Trump and Pence have both said that in order for America to play the role she should play around the globe, she must be strong internally, economically, etc. Law and order must be restored to America.  Americans must feel themselves to be exceptional and worthy of the role they must play in the world.  This is not isolationism.  It is good common sense…”

These are goals that a great many of us, despairing of the state America finds herself in, would gladly embrace.

“Trump wants to roll back the US-Iran Nuclear deal…Trump wants to wage a war on terror, in contrast to the Democrats who have avoided using the war analogy from the time they retook the White House in 2009…Trump wants to destroy ISIS…Trump wants to confront the Chinese through aggressive negotiations about trade policy, currency manipulation and strong measures to curb their pilfering intellectual property and cyber-theft…Trump wants to strengthen the US military…None of these clearly and frequently stated foreign policies is consistent with an isolationist world view.”

Trump, it should be mentioned here, does not advocate the US pulling out of NATO.  Rather, he has protested that the US is expected to carry too much of the weight.

I have come around to thinking that the tough-guy populist persona Trump projected during the primary campaign is one he thought would resonate with the voters (and he was correct about this), but that it does not adequately represent who he truly is.

My impression was strengthened by something Marc Zell told me happened when he attended a meeting of the Oklahoma delegation at the convention.  At that meeting, Oklahoma Senator Jim Inhofe told Marc that he had requested a meeting with Trump.  Trump came to the meeting well prepared – he had been well briefed on Inhofe’s political views and Senate committee assignments and legislative program.  What is more, Trump LISTENED intently throughout the meeting.

This is not how a know-it-all tough guy behaves.  As a result of this meeting, Senator Inhofe is now an enthusiastic Trump supporter.

I suspect we are going to hear a great deal more in the same vein.  During the primary campaign, Trump threw out ideas without elaborating on specifics, or policies that would bring these ideas to fruition.  His approach was broad and open-ended, which appealed to many, but frustrated others.

Now I have learned that he is in the process of putting serious policy teams in place and that he is listening to what they have to say.  And so it certainly seems that Trump as president would be much more serious and nuanced than what he has seemed to be as a candidate.

I will continue to track the situation as it evolves, and write about it regularly.  Down the road, I hope many of you will assume an activist role, to help prevent the unthinkable from happening, and to bring new possibilities to America.

Now as we go into the Democratic Convention, we see it riddled with scandal.  During the primary campaign, candidate Bernie Sanders regularly claimed that the establishment system was rigged against him. 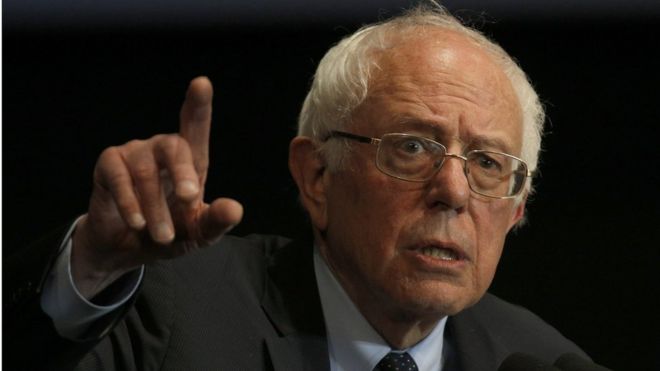 And now it turns out that it was.  A WikiLeaks dump of some 20,000 emails from the Democratic National Committee makes it obvious that there was bias towards and collusion on behalf of Hillary.  The DNC is supposed to remain impartial.  See details:

Some 45% of the pledged delegates at the convention are Sanders supporters, and they do not intend to remain quiet.  Many will not vote Democratic in the general election. Some may move over to Trump.

Debbie Wasserman Schultz has to step down from her position as DNC Chairwoman as a result of this situation. But the story is not about Schultz, who will quickly disappear into political oblivion.  The story is about political corruption.  What amused me the most was the charge by Hillary that the Russians were responsible for hacking the DNC emails because they prefer Trump – a charge the Trump campaign calls ridiculous.

She is upset that the inner machinations of the DNC were exposed – not contrite about the fact that there were such machinations.

The terror in Europe only worsens, and there is no end in sight.

A great deal more that begs to be written about will have to wait until my next posting.

“Lu Yehi” – Everything we ask (pray for), let it be.  Written by Naomi Shemer, sung by Chava Alberstein: