From Israel: Terror and the Temple Mount

“Terror and the Temple Mount”

It’s being referred to as the “Temple Mount Attack.”  In fact, the attack itself, perpetrated by three Arabs, took place very near the Temple Mount outside the Lion’s Gate of the Old City. 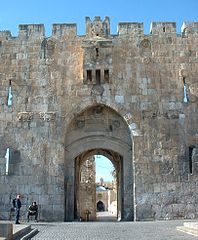 Early on Friday, the terrorists opened fire on a group of Border Police near the Gate.  Two, both Israeli Druze officers, were critically wounded and later succumbed to their wounds; two others were moderately wounded. The two who died were Hail Stawi, 30, from Maghar, who leaves behind a three-week old baby… 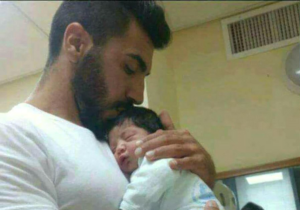 and Kamil Shanan, 22, from Hurfeishm the son of former Knesset member Shakib Shanan.  He had been planning a family party to announce his engagement next week. 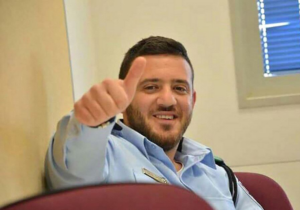 They were buried in their respective villages on Friday.

One Israeli rabbi who works closely with the Druze community said that they accept such tragedies as destiny.

“It’s very painful, but they are also very proud that their young people make the same sacrifices as the young Jewish women and men who defend Israel.” (Emphasis added)

The terrorists had come from the Temple Mount, having spent the night there. The weapons they carried – a handgun, two Carlo Gustav rifles, and a knife – had been stored on the Mount some days prior. They then ran back onto the Mount after the shooting. The police pursued and ultimately killed them.

They have been identified as Israeli Arabs from Umm el-Fahm, a city in northern Israel that is a stronghold of the radical, terror-linked northern branch of the Islamic Movement of Israel (which has theoretically been shut down).  Reportedly, they were members of the Movement.

They were all members of the Jabarin clan, located in one neighborhood of the city.  Family members have been advised by lawyers not to talk until the bodies have been turned over.

Prime Minister Netanyahu ordered the family’s traditional mourning tents, where visitors are received, to be taken down.

Minister of Communication Ayoob Kara (Likud) – who is also an Israeli Druze from a village in the north – called for the expulsion of the families of the terrorists.  It won’t happen.  But does anyone seriously believe the family was ignorant of what the terrorists intended?

The Mount was closed on Friday for security reasons – including an extensive search for additional weapons and an investigation into possible assistance the terrorists had from inside the Mount. Friday is the Muslim sabbath and many come to the Mount to pray; the site remained closed over Shabbat.

While partial closures do occur, this total closure was considered unprecedented, not having happened since 1969.

The closure caused a bit of an uproar in the Muslim world.  This was particularly the case in Jordan, as the Jordanians fashion themselves to be responsible for administration of the Mount.

But the Arab League and others also condemned the closure.

They are hypocrites in their religious indignation.  Where are their expressions of horror, that the site they claim is holy to them should be utilized by murderers to store weapons and to seek refuge?

This is hardly the first time we have been aware of weapons being stored on the Mount.  Not infrequently rocks have been stockpiled inside the Al Aksa mosque, in preparation for violence.

I will note that Abbas, who has routinely failed to condemn horrendous attacks, did condemn this one, and in the same breath asked that the Mount be opened.  Hamas and Islamic Jihad praised the attack.

Hamas held victory celebrations in Gaza on Saturday.  Referring to the closure of the Mount as a “religious war,” the group called for additional violence.

Netanyahu was quick to say the “status quo” would be maintained on the Mount. Obviously, this was meant to reassure Muslims expressing outrage at being closed out.

While I understood that, I was sorry to hear that phrase “status quo.”  There was surely a way to assure Muslims that prayer would continue to be permitted on the Mount – as long as quiet is maintained – without saying that everything will stay the same.

I rather liked what Minister Miri Regev (Likud) had to say (emphasis added):

“The murderous terror attack which occurred today…forces us to examine thoroughly the Temple Mount’s status quo.

“It’s time the Temple Mount was opened to everyone, without limiting the hours they can come or the areas which they can visit. [Note: only non-Muslims have this limitation.] The Temple Mount should be like any other site in Jerusalem.

“The Waqf [the Muslim trust that administers day to day matters] should only run the mosque – not the entire Temple Mount, which is under Israeli sovereignty and is the responsibility of the Israeli government…” 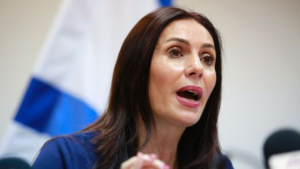 We must begin to talk about these matters with seriousness.  We’ve acquiesced on too much for too long.

In a joint statement, MK Shuli Muallem-Refaeli (Habayit Hayehudi) and MK Yehudah Glick (Likud) pointed out that both the Palestinian Authority and the Islamic Movement deny the Jewish link to the Temple Mount.

Deputy Defense Minister Eli Ben Dahan (Habayit Hayehudi) saw a link between the terror attack and the efforts by the PA to undermine our connection to our holy sites.   He, too, called for stronger Israeli control.

Sunday afternoon, pending a security report, the Mount will be opened again slowly.  Netanyahu made this decision after consultation with the Security Cabinet. The investigation into the attack will continue.

It is clear that there will be changes in one regard: there will be new security procedures.  It has been announced that the first move will be to set up cameras and sensors at all the gates leading into the Mount, with additional measures to follow. (Let them materialize.)

Previously there had been talk about cameras at all gates but in the end Jordan objected.  This measure is past due: sad that it took Israeli deaths to prompt the resolve to do it.  There are major questions about how a handgun, two Carlo Gustav rifles, and a knife were carried on to the Mount and then off again.

The Waqf protested yesterday that Israel had completely taken over:

“’We have no control at the blessed Al Aqsa,’ said Abdel Azim Salhab, a senior Waqf official at a press conference. ‘Israel’s security forces are doing whatever they want there — defiling and destroying.’”

“Jerusalem’s Police Chief Yoram Halevi said, however, that Israel’s security sweeps were being carried out ‘with escorts from the Waqf… So let nobody accuse of us of things that are not true.’” (Emphasis added)

There were reports on Saturday night that three Waqf officials were arrested on suspicion of having aided or encouraged the terrorists.

Why am I not surprised?

Very quickly on Friday, US Ambassador David Friedman issued a strong statement about the terrorism.

President Trump released a similar statement about terrorism the next day; he even supported Israel’s move to temporarily close the Mount and urged Muslim nations to be patient. I saw this as a welcome show of support for us.  Additionally, however, and totally predictably, he “applauded” the decision to retain the status quo.  What else would he be expected to say?