From Israel: Say It Proud!

It’s about time!  Actually, past time.

MK Avi Dichter (Likud), chair of the Knesset Foreign Affairs and Defense Committee, has been promoting a version of this bill for years now.  But the situation has shifted, making success not only possible now but very likely. 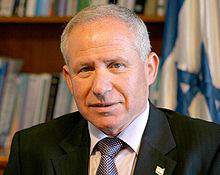 The bill – Israel, the Nation State of the Jewish People – passed its preliminary reading in the Knesset last week.

It can be seen in full here:

In summary, it says that (emphasis added):

“The State of Israel is the national home of the Jewish people, in which they realize their aspiration to self-determination in accordance with their cultural and historical heritage.

“The right to exercise national self-determination in the State of Israel is unique to the Jewish people.”

It then sets forth the symbols of the State: Hatikvah as anthem, the flag, the menorah as emblem (pictured).

It determines that Jerusalem is the capital of the State, and that Hebrew is its official language.  And it speaks about a number of other markers: Right of Return, use of the Hebrew calendar, Shabbat as the day of rest, Independence Day and Memorial Days.

What is highly significant is that this will be passed as a Basic Law, which functions as Israel’s constitution.  And I will come back to this below.  Please, read to the end.

Prime Minister Netanyahu has come out solidly behind the bill and is taking steps to fast-track it. 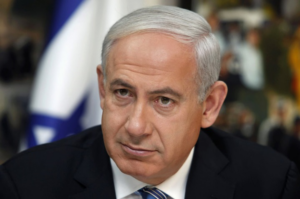 He described the bill as “the clearest answer to all those who are trying to deny the deep connection between the people of Israel and its land.” (emphasis added)

We are deluged these days with efforts by the Palestinian Arabs and their supporters to delegitimize us.  The latest UNESCO vote – that outrageously denies that Jews have any connection to Jerusalem – is merely the most egregious example of what is happening in many quarters.

It is imperative that we state our case on the record, without equivocation.  And the fact that this bill declares that Jerusalem is our capital provides a clear answer to all those who still imagine that we would divide the city “for peace.”

As we might have expected, the Arab parties in the Knesset and Jewish left wing parties, as well, condemn this as “undemocratic.”  Some even drag out that old charge of “apartheid,” which is sheer nonsense.

We have always attempted to strike some balance between structuring our nation as a democracy, and structuring it as the Jewish nation-state.

We are both at one and the same time. The fact that we are a democracy does NOT preclude our right to declare ourselves a Jewish nation-state: There is no inherent contradiction, for there is a difference between national-political rights and individual civil rights.

“Israel is the state of all its individual citizens. It isn’t and won’t be the nation-state of any minority living in it… That is a right this bill gives to the Jewish people alone.” (emphasis added)

We are a democracy because all citizens (some 20% of whom are not Jews) have equal civil rights:

[] They vote and have representatives (such as they may be) in the Knesset.

[] They have the same right to appeal to the courts (see more on this below).

[] They have the same rights to freedom of speech, etc.

What is more, the new proposed law RECOGNIZES the needs of all citizens:

[] “The Arabic language has a special status, and its speakers have the right to language-accessible state services in their native language.”

[] “Every citizen of Israel, regardless of their religion or nationality, has the right to actively preserve their culture, heritage, language and identity.”

[] “The State may allow a community, including followers of a single religion or members of a single nationality, to establish a separate communal settlement.”

[] “Members of [religious] community groups recognized by law may rest on their festivals.”

In point of fact, Arab Muslim citizens of Israel have more civil rights – full equality with regard to voting, access to the courts, freedom of speech, etc. – than they would in any of the 20 plus Arab countries that exist in this part of the world.

Rather than appreciate this fact, some prefer to maintain that they are “second rate citizens.”  They choose to lament that they live in a country that has a flag with a Magen David on it, or an anthem that speaks of the yearning of the Jewish soul.

This is not true of all Arab Israelis. There are some who embrace their identity gladly, appreciative of what they have here. A stunning example is Sarah Zoabi:

And I see that their number is growing.  As to the rest, who often simply seek to undermine what we are: They are always welcome to emigrate to one of those 20 plus Arab nations.

Jews, of course, have no national or religious rights in those 20 plus nations.  Saudi Arabia, with a national religion of Sunni Islam, forbids Jewish religious services on its land.  Jews can fly in, in some instances, but there is no Jewish population registered.  Shocking when you consider that back before Mohammad, Medina was a Jewish city.

Islam is the official state religion, as well, of Kuwait; there are no Jewish citizens there.

And Islam is the official state religion of Egypt.  While other religions theoretically have rights, we know how the Coptic Christians are treated.  There are fewer than 20 Jews left in Egypt.

The state religion of Qatar is Islam; there are no indigenous Jews in this highly anti-Semitic country.  Islamic Jordan is Judenrein, and was by design from the beginning.

And on, and on.  It’s the old story of a double standard where judging Israel is concerned.

The irony is that in many of the Muslim Arab nations, there were historically considerable Jewish populations who were so badly treated that they fled, at the time of or shortly after the founding of Israel.  Yemen is a prime example.

But putting aside the non-democratic Arab states, David M. Weinberg, cited at length immediately below, notes that according to “law professor Eugene Kontorovich, who has researched this matter extensively, the Israeli bill is milder and more inclusive of minority rights than the constitutions of numerous liberal Western democracies.”

As to the issue of the law as Basic Law, I quote Weinberg in his very cogent and thoughtful piece in the Friday JPost.  Addressing a different, domestic side of the issue, he writes (emphasis added above and here)

“Therefore, Jewish self-determination in the Land of Israel and the Jewish character of Israel need to be enshrined in constitutional form – in a Basic Law.”

Weinberg notes the importance of the fact that this proposed law “relates to the delicate balance between Israel’s democratic character and its Jewish character, an equilibrium that has been upset over the past 25 years by the Supreme Court beginning with the tenure of court president Aharon Barak.

“Barak and his ultra-liberal successors have transformed jurisprudence on matters relating to Israel’s Jewish character.

“They have dramatically diluted the Jewish portion of this equation.

“They’ve done so on the basis of the Basic Law: Human Dignity and Liberty which was passed by the Knesset in 1992. Despite the fact that this bill was passed almost surreptitiously – as a private member’s bill in the middle of the night, by an underwhelming minority of votes (32 for, 21 against) – the court has turned this Basic Law into a central pillar of jurisprudence. It has imperiously used it to rule with a liberal fist on a broad range of critical issues.

“This includes laws regarding allocation of JNF land, the status of Hebrew as Israel’s language, rights to residency and citizenship, draft deferments and stipends of yeshiva students, commerce on Shabbat and immigration/deportation.

“In principle, these cases called for a delicate balancing act between Israel’s democratic character and its Jewish character.

“But in fact no such balance was achieved, because Israel’s Jewish character, unlike its liberal democratic character, is not anchored in any Basic Law, and thus the liberal court could willfully and easily discount the ‘Jewish’ pull in these cases.

“The proposed Basic Law: Israel as the Nation State of the Jewish People is intended to redress this asymmetry and to encourage a more sophisticated legal discourse when tensions arise between universal and national/Jewish considerations.”

Weinberg points out that “only laws can be used by the courts to adjudicate cases” and “That’s precisely why the liberal rights were codified into law.”

As I said above: past time.  This must pass.