From Israel: “May Heaven Help Us!!”

We have just completed the three-week holiday cycle that began with Rosh Hashana and ended with Simchat Torah (a rejoicing in the Torah).

It has provided a very necessary respite from the constant tensions and anxieties generated by the news – a time for garnering strength and reaffirming priorities. As I sit at my computer now, it is very apparent that we must welcome every bit of strength we can garner. 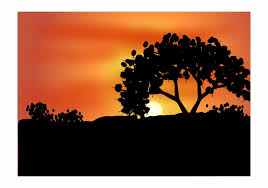 Today I want to bring us up-to-date with regard to Syria, where the situation is in great flux and vastly complex.

When I last wrote, I dealt with President Trump’s precipitous decision to pull US troops out of the semi-autonomous region controlled by the Kurds in northern Syria.  Turkey was quick to move into the vacuum – ostensibly to create a “safe zone” to prevent the Kurds, who are identified by Turkish President Recep Tayyip Erdogan as terrorists, from infiltrating into Turkey. In no time, a Turkish land and air offensive had begun that took Kurdish lives, including the lives of civilians.  Scores have been killed and well over 100,000 displaced.

Trump recognized that a disastrous situation had been created and had to be addressed without delay.  He threatened Turkey with economic sanctions, and then sent Vice President Mike Pence, accompanied by Secretary of State Pompeo, to meet with Erdogan.  Erdogan had at first refused to meet with Pence and then walked that back. 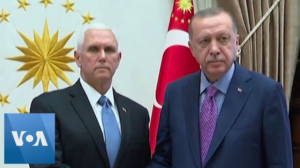 The tone of the meeting was reportedly frosty, with participants unsmiling. But a temporary, fragile truce was forged last Thursday. Erdogan insisted that it not be open-ended:  It was a truce of only five days, intended to halt hostilities until other ways of handling the situation might be arrived at.

On Monday, Trump announced that he would be retaining some troops at Syria’s borders (although not in the north), at the request of Israel and Jordan.

And on Tuesday, Pompeo said Trump prefers to handle matters peacefully but is still “fully prepared” to go to war if the situation demands it.  “Where we see America interests at stake or fundamental norms around the world that need to be enforced, we’ll use all the powers we have.”

According to a recent statement by Senator Lindsey Graham, it was not so that the president had given Erdogan a green light to act, as has been broadly claimed.  Rather, he said, Trump had simply failed to post a red light. But this suggests a naiveté in the president’s handling of the situation.

I mention Senator Graham here because he had been a most vociferous critic of Trump’s decision to pull the troops out of northern Syria. Yet now he has turned around.

By Monday, after having spoken with the president, Graham declared that “Trump was thinking out of the box…I was so impressed with his thinking about the oil.”  He declared himself to be “increasingly optimistic that we can have some historic solutions in Syria…We have a chance to do historic and positive things for our NATO ally [Turkey], our Kurdish allies, and the people of the region. There is an opening – I hope people will take it.”

Graham’s turnaround reflects the sense of uncertainty underlying the entire situation. And, I daresay, not every prominent Republican in Congress has concurred with his new thinking.  In fact, on Tuesday, Senate Majority Leader Mitch McConnell (R-KY) joined with a number of other Republican Senators to sponsor a resolution opposing the US pullout.  Said McConnell, it strengthens Assad, Iran, ISIS and Russia (about which more following).

“So far, the Turkish government has styled its invasion as a war of necessity…Erdogan [has] depicted the military offensive…as the logical product of legitimate Turkish security concerns…

“At home, however, Erdogan’s supporters and aligned ideologues have been singing a significantly different — and more telling — tune…

“Perhaps the clearest example appeared in the pages of the conservative Yeni Safak daily, where columnist Ibrahim Karagul made the intellectual case for a revival of Turkish expansionism. ‘A new and forceful step is going to be taken aimed at “shaping the region and history,”’ Karagul wrote. ‘Patience has run out…preparations are complete’ for the invasion of northern Syria, as a result of which ‘Turkey’s power will kick into gear once again.’

“The message is unmistakable. If Karagul and other like-minded Erdogan enthusiasts have their way, Turkey’s recent incursion into Syria would be just the start of a larger, and distinctly imperial, project…”

But wait!  There is more:  Russia has now gained increased leverage in Syria, moving into the vacuum created by the US withdrawal.  This is one of McConnell’s concerns.

On Tuesday, Erdogan went to the Russian resort of Sochi to meet with Russian President Putin.

Their meeting, which took place just as the truce was expiring, presented an alternative to renewed Turkish hostilities (emphasis added):

The Russian-Turkish agreement “endorses the return of Syrian President Bashar al-Assad’s forces to the border alongside Russian troops, replacing the Americans who had patrolled the region for years with their former Kurdish allies…”

According to the agreement forged by Putin and Erdogan, Russian military police and Syrian border guards would start removing the YPG 30 km (19 miles) from the Turkish border on Wednesday.

(YPG is the People’s Defense Units, the mainly-Kurdish group that is the primary component of the Syrian Democratic Forces.)

“Six days later, Russian and Turkish forces will jointly start to patrol a narrower, 10 km strip of land in the ‘safe zone’ that Ankara has long sought in northeast Syria.

However, Jim Jeffrey, the senior U.S. diplomat on Syria, “dismissed the Sochi deal…’It’s full of holes,’ he told a congressional hearing…

“Putin expressed satisfaction at decisions he described as ‘very important, if not momentous’…

“Last week’s U.S.-brokered deal was limited to the central part of the border strip…where Turkish forces had focused their military offensive.

“Under the deal with Moscow, the length of border which the YPG would be required to pull back from is more than triple the size of the territory covered by the U.S.-Turkish accord, covering most of the area Turkey had wanted to include.

“’The outcome of the Putin-Erdogan meeting in Sochi today indicates that Erdogan has become a master of leveraging the U.S. and Russia against each other to maximize Ankara’s gains,’ Soner Cagaptay, director of the Turkish program at the Washington Institute said in a tweet.

And here we need to take a closer look at the Kurds of YPG (sample picture following): 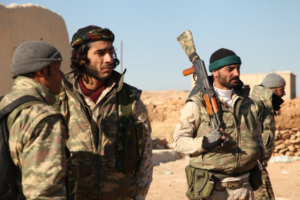 Trained and armed by the US in the fight against ISIS, they are tough.  There is no reason to believe they will now go quietly from north Syria, their autonomous area (constituting roughly 25% of Syria).

Seeking an independent or semi-independent Kurdistan, the Kurds, who are in Turkey, in Syria, in Iraq, and in Iran, have gotten a raw deal from a world that rushes senselessly to promote a “Palestinian state.”  I continue to believe feel that, no matter what Trump says about their ability to take care of themselves (meaning there is no continuing US obligation to them), walking away from them was a bad move for a variety of reasons.

Seth Frantzman, Middle East affairs analyst at the JPost, provides an important perspective on the US action (emphasis added):

“Trump administration officials have increasingly tried to argue that the US had no commitments to eastern Syria (note: this is what I refer to as northern Syria– it is northeastern), but this seems to be in contrast to the Pentagon’s own plans and orders for troops there, which sought stabilization and a  continued defeat of ISIS sleeper cells. Washington has never provided to its SDF partners a road map or time frame for when it would withdraw; it did not even consult with them when the White House put out the October statement…”

Most jaw-dropping is this:

“For the 100,000 members of the SDF trained and armed by the Americans, the situation is now unclear.  The US wants to work with its NATO ally Turkey to make sure the SDF withdraws from the border, while also demanding that the SDF help secure installations in other parts of Syria.  Trump said Monday that nothing is necessary except ‘securing the oil.’

“US Secretary of Defense Mark Esper has also said that some US troops would stay temporarily in Syria to hold the oil fields and ‘work with the SDF to deny access to the oil fields by ISIS and others.’ The US says this isn’t a commitment; the SDF will only be used to secure oil…”

“Some wonder what message the oil policy sends to the hundreds of thousands of Kurds now made homeless…The US has not explained how many oil barrels the withdrawal is worth…” (The Kurds will be permitted to retain oil from those wells.) 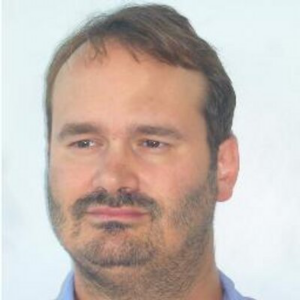 There are charges that the Syrian Kurds, in aiding their Turkish Kurdish counterparts, are terrorists, and there is very possibly some truth to this.  Shooting over the border into Turkey, they have certainly killed civilians.

There are also charges, which were sent to me by activists, indicating that the Kurds in Iraq abandoned the beleaguered Yazidis to ISIS in 2014, the unspoken implication being that the Kurds now deserve little consideration.

On this I went back to Seth Frantzman for a consult.  He replied:

“There were Kurdish forces of the [Iraqi] Peshmerga, mostly linked to the leading KDP party in the Kurdish region of Iraq in August 2014 who fled when ISIS attacked. They were accused of fleeing while the Yazidis were left to fend for themselves and many were kidnapped and murdered by ISIS.

“At the same time in August 2014 the YPG (the Syrian Kurdish group) crossed the border toward Sinjar and helped save hundreds of thousands of Yazidis by opening a corridor for them to flee to Syria.

“So how can someone blame ‘the Kurds’ when you have two Kurdish units, one fleeing and one fighting?”

This is my last word on this issue of the Kurds and Yazidis. Frantzman’s explanation, which is readily confirmed by other sources, provides an object lesson on why we must not simplify complex situations.

Foolish me: I had hoped to write something here about our abysmal political situation, but clearly there is neither space nor energy for this now.  Suffice it to say that we have no government, Netanyahu has returned the mandate, and it is being given to Gantz.  Gantz, however, is less able than Netanyahu to form a government.

Did I not ask, “May Heaven Help Us!!”?  I will return with additional information and analysis in short order.