As the rain is pouring down while I sit at my computer, I begin with this.  Year after year Israel suffers drought.  Last year was a good year, and this year, with torrential rains, is turning out to be even better: We have broken a 50 year record and there is hope that the Kinneret, which in many years begins the dry season dangerously low, may be full by spring.  Below, a tributary to the Kinneret.

It is a great bracha, a blessing – but with a downside, as raging flood water has caused some deaths.

High on my list of situations that offer promise is the current struggle of the Iranian mullahs: Iran has been the greatest risk to world peace for a long time. Now there is a possibility – a possibility, not a certainty – the regime may collapse.

Reza Pahlavi, son of the deposed Shah and former heir apparent to the Peacock throne, gave a talk at the Hudson Institute recently, during which he said (emphasis added):

“People smell the opportunity for the first time in 40 years. This time is very different from 2009, even very different from 1997. The people have had it. Today’s generation of young Iranians cannot take it anymore…The only thing that stands between them and the free world is this regime.

“To the forces that are employing repression as a tool, all I can say is that there are not enough people they can kill to maintain this regime in power…This regime cannot be reformed and must be removed…

“For much of these 40 years, the leaders of the free world have sought to engage this regime both in trade and in diplomacy. Along the way, there have been limited episodes of political pressure, almost always led by the United States…All such efforts have focused on changing the regime’s behavior. All have failed. It [is]…time to recognize that this is not a normal regime and that it will not change its behavior.” 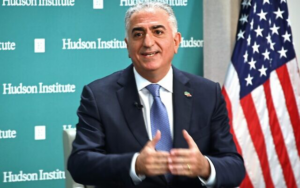 Pahlavi’s words are both descriptive and prescriptive.

“It’s just a matter of time for it to reach its final climax. I think we’re in that mode…This is weeks or months preceding the ultimate collapse…”

Iranians “expect…not to be thrown under the bus in the name of diplomacy and negotiation.”

It would be easy to call this simply wishful thinking on the part of an exiled son of a deposed monarch, but the evidence is otherwise – although other analysts are less certain than he appears to be.  As we consider the possibilities, I would like to review Iran’s current circumstances.

Iran’s fiscal situation is horrendous, in good part because of President Trump’s actions to re-institute sanctions. A shortage of fuel and various commodities has led to serious unrest in the streets of Iran, and secondarily in the streets of Iraq and Lebanon, against Iranian presence.  Iran has been losing control.

Analysts have observed that, rather than genuine allies, Iran has Shiite proxy forces situated within various nations. Its extensive efforts to develop a subversive or controlling presence in Yemen, Iraq, and Lebanon may in the end actually be a factor in its undoing.

In the midst of this economic turmoil, the US then eliminated Qassem Soleimani, star general and intimate of Ayatollah Khamenei. For 20 years he headed the Quds Force, planning clandestine actions to further the mullahs’ jihadi goals. He was presumed to be invincible.  In the end he was not, and it was a huge blow, especially as it became clear that there were intelligence leaks that made the assassination possible. Some 46 people – most likely Kuds Forces (note: the only people that mourned Soleimani, Iranian PR not withstanding) – were killed in a stampede at the funeral, with hundreds more wounded. The fact that the “retaliation” for Soleimani’s death was a small scale operation that took no American lives was a tip-off to Iran’s weakened state.

Soleimani had just been buried, when Iran faced its next crisis:  Ukrainian airline Flight 752, headed for Kiev, was shot down shortly after leaving the airport in Tehran. All 176 passengers – most either Iranians or Iranians with dual Canadian citizenship – were killed.

There was then a barrage of international accusations that an Iranian missile had taken down the plane: from the US came charges that Iranian radar signals had locked onto the jetliner before it went down.

But Iranian denials were adamant, with officials calling the American charge “the big lie.” Iran’s ambassador to the UK said Iran was “confident from our side that there has been no missile launched in that area at that time.” They persisted in maintaining that the plane had come down because of engine failure. And they began to bulldoze the crash site. 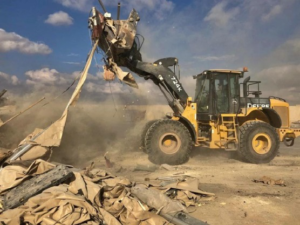 After a full three days, Iranian officials acknowledged that an Iranian Revolutionary Guard Corps crew had shot the plane down because of human error.

This brought thousands of Iranians, many university students, to the streets to protest. They were enraged by the fact that Iran had downed a civilian plane, killing Iranian citizens, but more so by the shameless duplicity of their officials “Death to the dictator,” some chanted.  While others called, “Khamenei have shame. Leave the country.” “They are lying that our enemy is America, our enemy is right here.”

There have been massive street demonstrations in Iran before. But these demonstrations were different. An Iranian protester, with his identity hidden, spoke to i24news in Israel:

“What the Iranian people want with all their being, is that the regime will fall.”

What has been remarkable are the multiple reports of student protesters refusing to trample American and Israeli flags. At first, flags were placed on the ground and when protesters refused to step on them, huge replicas of the flags were painted on walkways and stairways, to no avail. 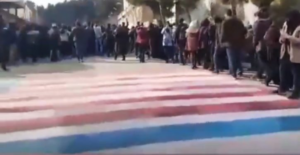 It is of significance that some European nations are wising up.  For too long, as President Trump attempted to squeeze the mullahs, Europeans, motivated by very short-sighted economic concerns, sucked up to them.

Now, because Iran has to a substantial degree walked away from the nuclear deal, UK, Germany and France are considering a “snap-back” of sanctions made possible by the terms of the Iran agreement.  Should this happen it would further, perhaps fatally, weaken the Iranian regime.

In the next two days, Wednesday and Thursday, 42 world leaders will be gathered in Jerusalem for the Fifth World Holocaust Forum.

This gathering will mark the 75th anniversary of the liberation of the death camp of Auschwitz-Birkenau by the 100th Infantry Division of the Russian army, which was stunned at what they found there on January. 27, 1945:  “7,000 prisoners, barely alive, and hundreds of corpses spread out as far as the eye could see.” One million Jews were killed in the camp. 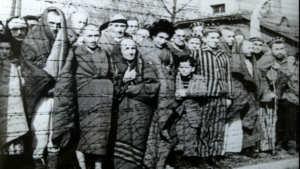 Among those who will be attending: Russian President Vladimir Putin – for whom the event has special significance, the presidents of France, Germany, Italy and Austria, US Vice President Mike Pence, and Great Britain’s Prince Charles. This will be the largest gathering of notables to ever have come to Israel at one time.

It is a matter of most timely significance that the event – to be held at Israel’s Holocaust Memorial, Yad Vashem on Thursday – has been titled “Remembering the Holocaust, Fighting Antisemitism.”  To honor the memory of the dead of the Holocaust becomes a shallow exercise if the lessons are not learned and applied to protecting Jews today.

President Ruby Rivlin will be hosting notables for dinner in his official residence Wednesday evening.

I have just come across this story and feel compelled to tell it: During the Holocaust, Vera Grossman Kriegel and her twin sister were subjected to the obscene medical “experiments” of the infamous doctor Yosef Mengele. At age 6, she was kept naked in a cage, given painful injections in the spine, and beaten if she cried when seeing other children die.

The mind reels.  The soul weeps.

Evil, sadly, is always with us and found in many places:

The Palestinian Arabs are “insulted” because the world is marking the Holocaust while their people are still suffering.  On January 18, Yahya Rabah, a columnist for the official PA daily Al-Hayat Al-Jadida wrote an op-ed, “This is Israel on the edge of the abyss!”  He wrote in part:

“…Of course, the Palestinians will never accept this equation, and it can be assumed that they will resist the ceremony being held in Jerusalem itself, as Jerusalem is theirs…One shot will disrupt the ceremony and one dead body will cancel the ceremony. And despite the misery of the Arabs and their dissatisfaction with what is happening, they are capable, if even for just a moment, of not following in the steps of Israel and America who are determining for them who their enemies are and who their friends are.”

Please, share this incredible evidence of incitement as broadly as you can, in many venues (on-line, op-eds, etc.). Those who remain deluded about the PA must know about this call to murder.

One of the themes of this posting is anti-Semitism; in recent posts I have addressed the problem of Black anti-Semitism in particular. Here I share an incisive and thoughtful article by Danusha V. Goska, a Catholic Polish-American, “Black Anti-Semitism: The New Blood Libel” (emphasis added):

“…contrary to leftist historical revisionism, headline-making incidents of black antisemitism stretch back decades. Though separated by time and space, these incidents share enough features to be understood as a cultural trend, rather than as the bad behavior of isolated lone wolves…”

There are echoes of Palestinian Arab resentment of Jews memorializing the Holocaust in what Goska describes in the Black community:

In 1994, for example, there was an incident in which Black students from Castlemont High School in Oakland, CA laughed their way through a showing of Schindler’s List. Prominent individuals said the students “should not be criticized for laughing at Jewish suffering because African American students have very hard lives and are victims of oppression.”

When Schindler’s List director Steven Spielberg visited the school, there were protests. Protesters “carried signs that said, ‘How can a Zionist Jew teach us about racism and oppression?’ and ‘Zionist Jews are the new Nazis.’”

Just as some Black leaders have rejected Jewish suffering, so did those who were Black nationalists reject integration, and by extension, Jews who successfully integrated into American society:

“Jewish teachers wanted to hand these keys [of successful integration] over to black students. Their very presence announced, ‘…We did it. You can, too. Yes, you will face prejudice, but don’t respond with violence or despair; respond with hard work, family support, and determination.’ That route was rejected by black nationalists…the Jews who traveled and embodied that route were rejected, as well…

“The concept of Jews as thieves of black identity is the new blood libel…Those who embrace it are saying, ‘Jews, you are paler than I am and you have suffered. You are stealing my narrative that identifies all blacks as victims and all whites as privileged. Your suffering teaches people that blacks are not the only people who have suffered…You have the Nazi era? I will claim hundreds of years of slavery…If you mention millennia of antisemitism, and that Jews were slaves in Egypt, I will deny your story and insist that you stole it from me…’

“Only a minority of black people are anti-Semites, but those that are, are not lone wolves. They are not inventing the wheel. Rather, they are steeped in a significant cultural trend, a trend that persons of conscience will name, confront, analyze, and denounce.” 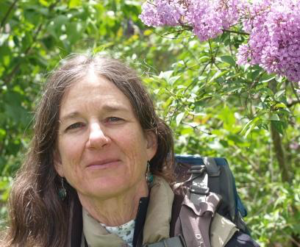