Rabbi Itamar Ben-Gal, who was knifed to death by a terrorist on Monday, was buried in his home community of Har Bracha on Tuesday. He was praised highly as a sterling teacher, forever devoted to his students.

Here we see an unidentified mourner at the funeral. 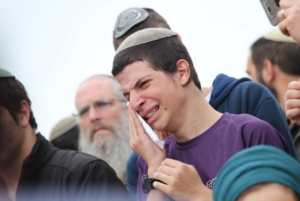 “Our hearts are broken, but our spirit is strong.”

That is what Shomron Regional Council head Yossi Dagan said at the Ben-Gal funeral.  How aptly this describes the people of Israel.
~~~~~~~~~
I found a picture in the news yesterday quite unlike any I have ever seen before.  Heaven forbid there should be a need for such a picture again, marking the pain and the strength all at one time:

Yael Shevach (l)—whose husband was gunned down by a terrorist on January 9th—came to comfort the newly bereaved Miriam Ben-Gal (r). 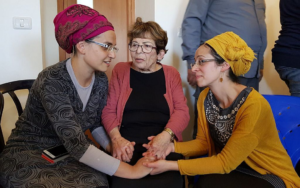 (The woman clasping both widows’ hands is Esther, Miriam’s grandmother.)

Very soon after Rabbi Ben-Gal was murdered, Yael wrote that she felt she had gained a new sister, in Miriam. “We will get through this together. Alone,” she said.
~~~~~~~~~~
Yael also carried another message to Miriam, about it being their lot to work towards the strengthening and development of the respective communities to which their husbands had been devoted.  Yael, for all her pain, was comforted in some measure to know that Havat Gilad was legalized in response to her husband’s murder.

As Prime Minister Netanyahu said some while ago, “They want death and we are building life.”

“Here in Har Bracha there will be a city…Our job is to strengthen the building of the Land of Israel and to avenge and fix the desecration of the Jewish people that happened here yesterday and strengthen our roots here in Har Bracha. 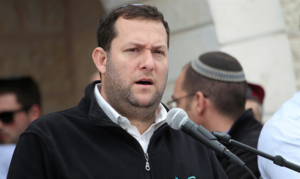 ~~~~~~~~~~
I do get it: It is a point of special pride that we respond to evil by doing something positive, and not via violence and hatred.  It is good that we tell our enemies that if they think they can weaken us by attacking, they are wrong: we will grow ever stronger and more determined.

I get it…and yet:

We must build in this land BECAUSE it is our land and we have both historical and legal rights here.  We must not fall into a pattern of building as revenge.  Havat Gilad should have been legalized long ago.  There should be no more tearing down of Jewish communities in Judea and Samaria, there should be only strengthening them.
~~~~~~~~~~
Now I want to turn to the issue of the illegal economic migrants that Israel is now seeking to deport.

The Interior Ministry has just sent out notices to single male Eritrean and Sudanese illegal migrants of working age, informing them that they must agree to leave the country for a third country that is prepared to receive them, or be incarcerated.  They will be provided with the plane ticket and a sum of $3,500.

There has been a tremendous amount of misinformation about this situation floating about in the news and social media. It has become a tool with which our enemies attempt to clobber us, but even some friends, inadequately informed, are lamenting our current actions – labeling us as heartless or making terribly inappropriate comparisons with the Holocaust.

Unfortunately, Israel has not made the legitimate case for current decisions with sufficient strength. I will make that case here, and I ask you please to disseminate the information.

I begin by citing an excellent article—“Illegal Migrants – Separating Truth from Hysteria”—by Douglas Altabef, Chairman of the Board of Im Tirtzu (emphasis added):

“Israel’s stated intention of returning [to Africa] the majority of the approximately 40,000 illegal migrants who came here from Africa has generated an increasingly emotional, indeed irrational, reaction from its opponents…

“But besides the easy appeal to Jewish heartstrings, which rightfully vibrate on behalf of the truly oppressed, there has been a cynical disregard of facts and context…

“…who are we talking about?  These are not displaced refugees, these are overwhelmingly young male economic migrants, who left their countries to better their lives.  In fact, more than 70% of the migrants have not even applied to be considered as refugees.

“…they are not being returned to their countries of origin, but rather to third party African countries, particularly Rwanda and Uganda, which…are rapidly developing countries and are also working collegially with Israel in a variety of critical development initiatives.”
~~~~~~~~~~
I add here that according to an Israeli Immigration Policy Center spokesperson, UNHCR [UN High Commission for Refugees] states on its website that Rwanda and Uganda have among the most progressive asylum systems in the world.
~~~~~~~~~~“
Thus, there is no danger to these migrants.  Regardle
ss of what their countries of origin might feel about them, it is a moot point, since that is not where the migrants are going.

“This critical point, which puts the lie to the essence of the left-wing hysteria, was substantiated by none other than the Supreme Court, hardly the embodiment of a right-wing or nationalist agenda.

“The Supreme Court unequivocally repudiated the claim that sending the illegal immigrants to Rwanda or Uganda (after receiving a free plane ticket and $3,500 courtesy of the Israeli taxpayer) represents a danger to the deportees.” 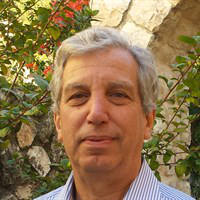 ~~~~~~~~~~
There are, then, two other relevant issues to be addressed with regard to these migrants.

The first has to do with the injustice that has been done to the Israeli residents of south Tel Aviv, where the immigrants have settled in huge numbers. As Altabef puts it, the residents, many of whom are poor and elderly, “are now living in occupied territory.”

The crime rate in the area – including incidence of rape – has gone way up and there is fear of walking the streets, especially at night.  Migrants are sleeping in the parks, and there are descriptions of defecation in apartment hallways, piles of garbage in the streets, and loud noises late at night. 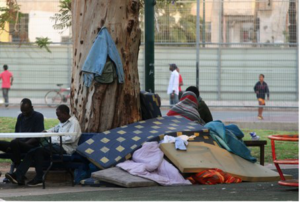 The situation is intolerable as it is and must not be permitted to persist.  As the migrants entered our country without our permission, and in most cases were not fleeing for their lives, we have no obligation, legally or morally, to provide for all of them indefinitely.
~~~~~~~~~~
But beyond this lies yet another issue of critical concern.  Explains Altabef:

“…there is the reality that Israel cannot afford to be a safe haven for any and all seeking a better life and still hope to be Israel, the world’s sole Jewish state serving as a Jewish homeland for a Jewish population that is a statistical rounding error in the world’s population…

“The Israeli government recognizes that it has a moral duty to the raison d’être of Israel, to the memory of its founders and to the prospects of its yet to be born citizens.  It has a responsibility to preserve a Jewish state that, yes, shows compassion to those who are displaced or without hope…yet maintains its faith with the moral imperative for continuity of a Jewish state…

“Israel has a duty to act on behalf of…its historic mission.”
~~~~~~~~~~
Rabbi Prof. Dov Fisher—adjunct professor of law at two prominent Southern California law schools as well as congregational rabbi—is also concerned about the demographics of allowing the Africans to remain. In “It’s OK to deport,” he observes:

“When Prime Minister Menachem Begin opened Israel’s borders to allow 66 Vietnamese boat people to enter and live in Israel that was the embodiment of Jewish values.  Their lives were in dire peril.  They were on the same terrifying seas, fleeing persecution but facing imminent death in the perilous waters — reminiscent of those who waited on the “Struma” until it capsized.   Therefore, it devolved on the Jewish people, through the instrumentality of Israel, to save their lives.  And sixty-six people did not impact Israel’s demographics.

“By contrast, it does not devolve on Israel to have 40,000 people stream across once-unguarded borders in search of better pay, and to stay….

“Israel is a small country, comprised of some 6.5 million Jews (approximately 74.5% of the population) and nearly two million Arabs (almost 21%).  It does not have the luxury of having 40,000 outsiders sneaking into its boundaries illegally, settling in a few of its neighborhoods…and expecting permanent residence.

“No country on earth would allow such a thing.”

Rabbi Fisher informs us that Obama, in the course of his presidency, deported over 3 million illegals from the US, most of whom were not criminals.
~~~~~~~~~~
The migrants, who clearly prefer to stay in Israel, are quick to promote the idea that they are refugees: 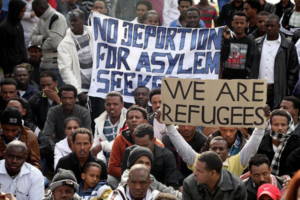 Those who have filed for refugee status will not be deported while their files are open.  There are complaints that the processing takes far too much time, and, as someone familiar with Israeli bureaucracy, I am quite prepared to believe this.

The Interior Ministry has decided that Eritrean and Sudanese women, children, and married men will not face deportation at present.
~~~~~~~~~~
The last couple of postings have been heavy, I know. And indubitably, there will be more that is heavy to come. So I will end here with something that is not only upbeat, but that is a highly appropriate finish to a post that has focused on African migrants.  Here we have a look at something that Israelis are doing for Africans where they live.

Solar energy has been brought to 104 African villages, in seven African nations.

“Ya’ari believes that using Israeli know-how to harness energy from the abundant sun in Africa is the key to freeing rural villagers from poverty and food insecurity. Electricity allows them to pump water for drip irrigation, refrigerate lifesaving medications and vaccines, and light up classrooms.”

The energy from solar panels fuels pumps that bring fresh water from underground. Because of this organization, one million people who previously went without now have access to clean, fresh water.

Here we see water-gathering in a village before Israeli solar panels were brought in. 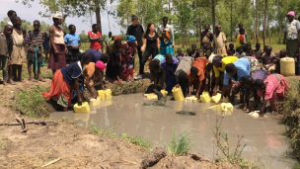 The cost of harnessing solar energy is relatively low, while the change for the people is immeasurable.
~~~~~~~~~~