It’s official.  Israel’s 35th government was sworn in on Sunday after a full 500 days of angst that included three elections and the problems of an interim government. The Knesset approved the new government by a vote of 73 to 46.

Prime Minister Netanyahu, center, with some members of new government 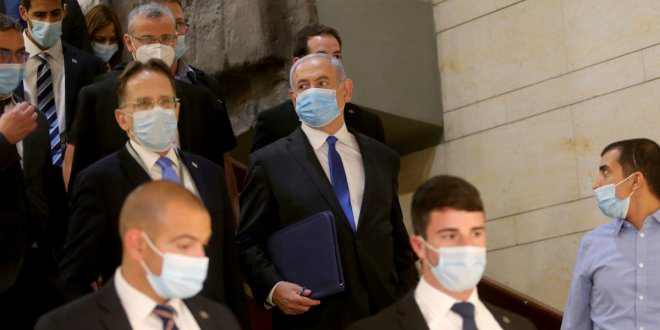 People are celebrating the fact that a fourth election has been averted and that there will be some measure of permanence, which will allow the country to address the fiscal problems generated by coronavirus and more.

Some people are celebrating, that is.  I am not, nor are many others who see the multiple problems that have been wrought by the unity government composition and the nature of its agreement.

Certain problems are inherent in coalition politics.  But what we see now goes far beyond the “normal” complications.

This government, which is unwieldy in size, was not put together with an eye first to good governance.  Oh, if only!!

Rather, it was structured to respond to the political situation first, and to the personal aspirations of various individuals. As a result, the government will not be as well situated to address the nation’s pressing needs as we might have hoped.

Allow me to share just some of the basics of how this new government was formed and will operate:

Binyamin Netanyahu is currently prime minister and will continue in that role until November 17, 2021, at which point he has pledged to step back and allow Binyamin Gantz to take over for another 18 months.  Following this, there is a possibility of another year of the unity government, with Netanyahu coming back in for six months and Gantz coming back for the final six months.

Have you ever heard of such an arrangement?

His alternate prime minister’s office will have a director-general and advisors and cost millions of shekels.  The State, in essence, will be supporting two prime ministers.

This, my friends, provides a stunning introduction as to what is wrong with the current situation. 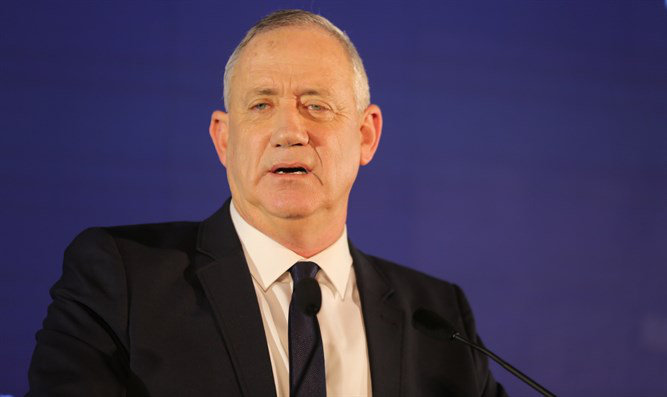 The government will consist of 36 ministers and some 16 deputy ministers, making it the biggest in Israel’s history.

Not only is this, then, a very expensive government – as each minister requires an office, a secretary, a car, a driver, etc. etc. It will be an unwieldy and thus inefficient government that is likely to accomplish less than a smaller, streamlined cabinet would.

And there is yet another problem: it upsets the balance of power between the legislative and the executive branches:  More than one third of the members of the Knesset will sit in the cabinet.

As per the unity agreement, cabinet positions were divided equally between the Likud and Blue & White blocs.  This in spite of the fact that Likud brought twice as many MKs to the coalition as Blue & White did.

Joining Likud in one bloc is Shas and United Torah Judaism, as well as Bayit Hayehudi, in the person of Rafi Peretz.

As it came time for the assignment of portfolios, Netanyahu, in my opinion, played the situation badly in several respects. He conducted himself much as he always has, but he overplayed his hand:

It is well understood that Netanyahu does not tolerate well those who are independent thinkers or might challenge his position – even if they might be assets in running the government.  And so, in this regard, as I suggested above, the first thought was for the political situation and not what might best serve the nation.

Five years ago, when Danny Danon was clearly understood to be eying the position of prime minister, Netanyahu took him out of the running by appointing him to be ambassador to the UN for a term that is now ending.

Gilad Erdan, who served as Public Security Minister in the last government and was fourth on the Likud list, was understood to be embracing similar aspirations.  Up and coming!! And so Netanyahu opted to move him out. 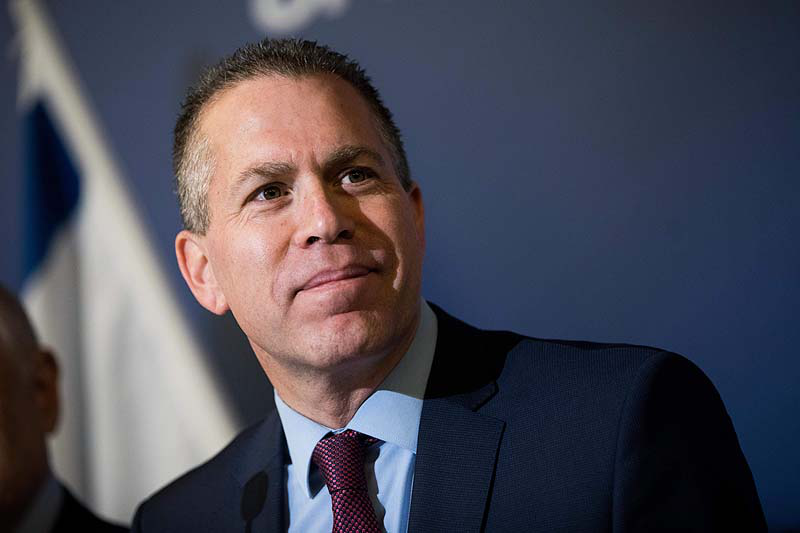 Erdan is highly competent and has a good deal going for him, but it must be asked whether having one person in both positions, commuting between New York and Washington, is the most effective way to represent Israel’s interests. Only one person, Abba Eban, ever held both posts at the same time.

We can go on.  Gideon Sa’ar, fifth on the Likud list, who in previous governments served as Education Minister and then Interior Minister, has openly challenged Netanyahu.

Not surprisingly, Sa’ar was offered nothing. 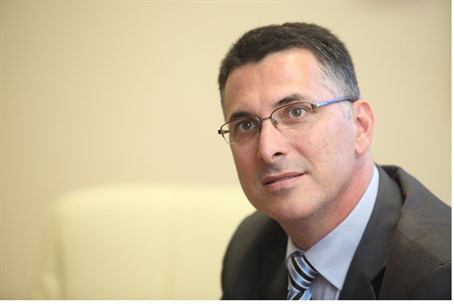 And then there is Nir Barkat, former mayor of Jerusalem.  Three months ago, Netanyahu publicly announced that he was going to make Barkat finance minister.

But this week Barkat ended up with no position at all.  There are reports that he was seen to be building himself up too aggressively.  It was no secret that he aspired to the premiership down the road but he did not overtly challenge Netanyahu, and in fact conducted himself as a loyalist. 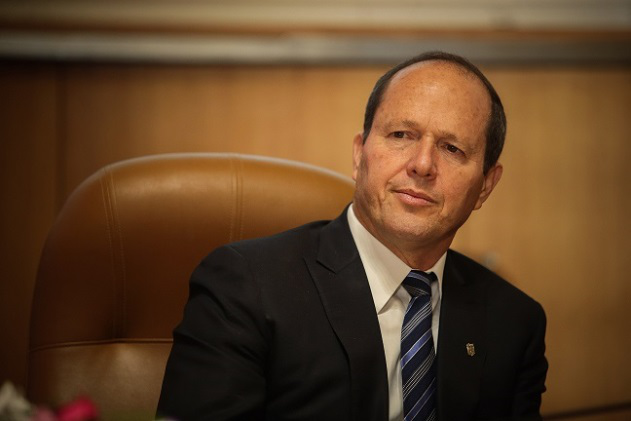 So is Avi Dichter – former chair of the Knesset Foreign Affairs Committee and former director of the Shin Bet – angry about the fact that he has been passed over completely by Netanyahu. 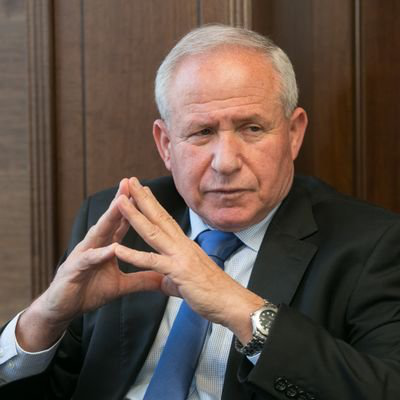 It is not simply that the prime minister, faced with a limited number of slots, had to make decisions as to who to include in the government, nor is it just the fact that he sometimes turns away from talent, not always drawing on the best.  It is a matter of his style, which was unfortunately dismissive. Perhaps I might say arrogant.

As of last Thursday, when the government was supposed to be sworn in, some members of Likud were so angry that they refused to participate.  They had not been contacted by Netanyahu and didn’t know where they stood.

All of this said, there is yet one more person whom Netanyahu handled badly:  Naftali Bennett, of Yamina (pictured below).

It is no secret that there are bad feelings between Bennett and Netanyahu, and have been for years.  But Bennett has been serving as defense minister and doing an excellent job.  One might have expected that he would be treated with a certain courtesy by the prime minister, and offered a position of significance.

Bennett said repeatedly that it was clear that Netanyahu didn’t want Yamina in the coalition.  What was certainly the case was that the prime minister did not sit down with him – he sent messages via twitter and the like.  And he ignored Bennett’s request that he be given the Health portfolio.

Likud claimed that Yamina, with a mere six members, was demanding too much. I don’t see this as the case – one simply has to look at what even smaller groups welcomed into the coalition were given.

There were arguments that Yamina should have modestly taken what it could get; Bennett said if they couldn’t make a difference inside the coalition, they would go into the opposition. In opposition with him are Bezalel Smotrich and Ayelet Shaked, two very competent and straight individuals.

Said Bezalel Smotrich, with reference to new ministries devised by Netanyahu just to give people a place (see below on this), criticized:

“…the invention of fake ministries that deal with nothing and thank God that we are not part of this disgrace.

“This is exactly what we ran away from.  We demanded genuine partnership and ability to act in real roles and not in fake roles.”

This entire situation saddens me.

It was Gideon Sa’ar, before the swearing-in, who urged Netanyahu to redeem the situation. During his talk at the swearing in, Netanyahu made a comment about hoping others will yet join the coalition; but without genuine and personal outreach this is meaningless. 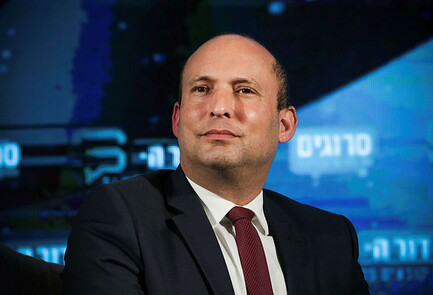 What Netanyahu did, in the course of this, was break up Yamina. He approached Rafi Peretz, the single representative of Bayit Hayehudi in Yamina, and offered him the Ministry of Jerusalem Affairs.  There was a kerfuffle over this, as Netanyahu backed off after Peretz had officially left Yamina.  But as Peretz held strong, in the end he let him have it.

I do not wish to lend the impression that there are no good people inside the government.  Of course there are!!  Yuli Edelstein, Ze’ev Elkin, Tzipi Hotovely, Omir Ohana, etc. etc.

But I confess that the thought of Benny Gantz as Defense Minister and Gabi Ashkenazi as Foreign Minister is enough to give me a stomach ache.

You can see the entire list of members of the government:

This has been a difficult posting to write precisely because the situation saddens and disappoints and angers me.

Here I wish to make one more point about the way in which the coalition was put together. In the course of attempting to enlarge the number of positions that would be available, some political game-playing was done.  There is no other way to put it: Some of it was out-and-out stupid.

Orly Levy-Abekasis, for example, was appointed Minister for Strengthening and Advancing Community.  In other instances, what had been one ministry was divided into two, thereby doubling the cost.

In some cases, efficiency and effectiveness were sacrificed because there is intention to move ministers around.  A minister will just be getting the hang of things, and will find herself elsewhere.  This is particularly the case with the newly invented ministries, which have to be developed from the ground up.

There is a great deal more to say about this approach, but it will keep.