Every year I write about this, and every year it astounds me yet again:

The transition within a moment in time from mourning to joy, from Yom Hazikaron – Memorial Day, when we remember those who died for our country, to Yom Ha’atzmaut – Independence Day, when we rejoice for that country.

It comes with the sound of a siren.  And it is the very quintessence of Jewish life, especially here in Israel: The mix of pain and joy.  The incredible capacity to know joy in the face of that pain.  This is how we survive.  And, in truth, thrive.

Last night, I began Yom Ha’atzmaut with prayer, and a joyous musical Hallel, singing of psalms of thanksgiving.

Never have I felt more grateful to be here in Israel, to participate in her unfolding, which is both profound and momentous.

It is the stuff of miracles. 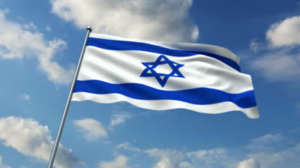 I share here David Ben Gurion declaring the founding of the State of Israel on the 5th of Iyar on the Hebrew calendar, which was May 14th in 1948. 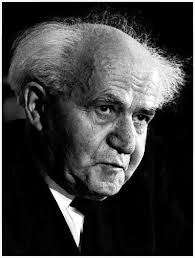 You might have noted that Ben Gurion made reference to the declaration of independence being based on a United Nations resolution.  What he was referring to is General Assembly Resolution 181 of 1947, which called for the partition of Palestine into two states, one for the Jews and one for the Arabs.  I can only assume that his intention was to tell the world, you sanctioned a Jewish state, so now accept our declaration of independence – there is no way the international community can claim Jews have no right to a state.

What I am eager to clarify, however, is that Resolution 181 was no more than a recommendation, as General Assembly resolutions carry no weight in international law – in addition to which, it was rendered null and void because the Arabs rejected it.

It is not the United Nations that created the modern State of Israel, but the Jewish People, in declaring their sovereign state.

Nor was that State of the Jewish People limited in its borders to what had been delineated by the Partition Plan.  There is solid backing in international law for recognizing the borders of the British Mandate as the legal borders of Israel.  (More on this in future postings)

Israel was subsequently voted into the UN as a member.

More significantly, Ben Gurion spoke about the “national right of the Jewish People to be like any other nation,” and to have the “status of equal rights among the nations.”

My friends, 69 years later, we are still fighting for these rights among the nations.  (More on this below.)

All the more miraculous, then, that we have not only survived, but thrived, to become a prosperous nation:

A leader in medical advancement and hi tech – renowned for innovations and start-ups; a developer of new agricultural techniques; a pioneer in water desalination; a major center of learning, both religious and secular; a first class military power to be reckoned with; and a source of ready assistance to other nations in times of crisis.

For me it’s obvious: We are blessed and watched from Above.

And so it is very appropriate to celebrate. See this Aish Yom Ha’atzmaut video from 2012:

I wish it were possible to end this posting with the celebration, but there are realities to contend with.  And so I must at least touch some other bases:

The PA’s Mahmoud Abbas is due in the White House tomorrow.  I am assuming there will be much to say subsequent to his meeting with President Trump.

Here I want to share the link to an article I have posted on Israellycool about Abbas and the absolute futility of imagining that he is about to negotiate “peace” in good faith.  Please, read it, share it, and draw on its information. It provides a dose of reality, which is a difficult pill for many to swallow.

I write in this piece about Abbas’s weakness among his own people – within the PA and the Fatah movement.

But, additionally, there are growing tensions between the PA and Hamas in Gaza.

The PA is eager to cripple Hamas sufficiently so that it can regain control of Gaza and tell Trump that all Palestinian Arabs are under its jurisdiction. The fact that this is not so weakens the case for Palestinian statehood; Hamas took Gaza from the PA in 2007.  I will be looking at this in some more detail soon.

The resolution declares that “all legislative and administrative measures and actions taken by Israel, the occupying Power, which have altered or purport to alter the character and status of the Holy City of Jerusalem, and in particular the ‘basic law’ on Jerusalem, are null and void and must be rescinded forthwith.”

The full membership of the UNESCO board can be found here:

I do not yet have information on which nations abstained.

There had been some predictions that this resolution was going to be softened, to make it more palatable for those on the fence.  I see no significant evidence that this happened – except for acknowledgment that the city has meaning to all three monotheistic religions.

And there is apparently some question about whether reference to the “Holy City” of Jerusalem actually includes   western Jerusalem, rather than just eastern Jerusalem, which encompasses the Old City and significant religious sites. Don’t hold your breath on this.

Prime Minister Netanyahu claimed this as a victory, because the number of nations voting against Israel is diminishing.  (Those no longer taking a strong stand against Israel are the ones who abstain.)

“Today there are more countries abstaining or supporting Israel than countries against Israel. That is a change, for the first time.”

Israel’s ambassador to UNESCO, Carmel Shama-Hacohen, addressed the executive committee after the vote draped in an Israel flag.  He said (emphasis added in full):

“Even now, after this miserable vote, this blue and white flag is flying high above the Temple Mount and throughout Israel’s eternal capital city, Jerusalem, waving in the wind, saying to all ‘here we are, and we are here to stay.’”

The prime minister also said, “We don’t believe in UNESCO.”  An apt response.

This vote carries no legal weight whatsoever.  It’s a PR victory for the PA, and one more weapon in their attempt delegitimize us.

What has been delegitimized, in truth, is UNESCO itself, which has no genuine relevance at this point. It is simply a tool of anti-Israel forces.

My contempt for those participating in this farce is beyond measure. The world is truly insane – as it is well understood what the Jewish connection to Jerusalem is. This has nothing to do with “cultural” issues and everything to do with politics and anti-Semitism.