Intentions may be good, but it’s not always smooth going. 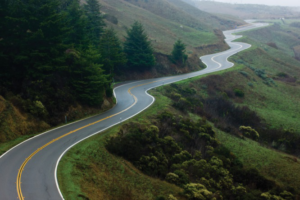 Take this situation, for example:

Israel has been supplying a solid percentage (over 50%) of the electricity that was being used by the people of Gaza. Some additional electrical power was secured via one generator located in Gaza. 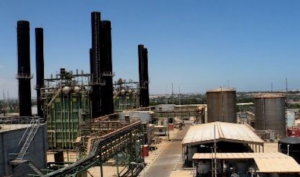 And a small additional percentage was provided (rather erratically) by Egypt.

With all of this, Gaza was not receiving electricity 24/7: there were substantial blackout periods.

Until very recently, in accordance with agreements reached when Hamas overthrew Fatah in Gaza in 2007, the Palestinian Authority continued to honor certain responsibilities for what goes on in Gaza. This included payment to Israel for the electricity provided – which is supposed to be taken out of the tax revenues collected by Israel for the PA.

Now the PA has begun doing battle with Hamas over control in Gaza.  To that end, Mahmoud Abbas is attempting to substantially weaken Hamas.

About two months ago, the PA began to levy heavy taxes on the fuel it delivered to Hamas for Gaza’s electric generator.  Subsequently, Hamas, saying the cost was prohibitive, shut it down.  That reduced electricity to four hours a day.

Following this, the PA informed Israel that it was going to cut back by 40% on payments for the electricity supplied by Israel.  The PA then specifically requested that Israel cut back on the electricity it delivered by a commensurate amount.

This past Sunday, the Security Cabinet discussed the issue and decided that electric power would be cut back by 40%.  This would mean that electric service would be provided to Gaza only some two to three hours a day.  It is not clear how this cutback was to proceed – all at once, or in stages.

There are several reasons why the cutback may not be a good idea, but the most compelling is the fact that Abbas is using Israel for his own political ends.  We should not be in the middle of a PA-Hamas power play.

Hamas officials have put out a statement saying that the cutback would be “catastrophic and dangerous because it harms all ways of life in Gaza. It will accelerate the deterioration of conditions and cause an explosion in Gaza.”

Some analysts are saying that Abbas is trying to cause the collapse of Hamas, that he hopes the people will finally have had enough.

But Hamas leaders are not the type to tolerate a popular protest.  In any event, Hamas will sidestep blame by telling the people that it’s Israel’s fault.

In fact, a representative of the PA, which requested the cutback, is also blaming it on Israel.  They certainly don’t wish to be accused of causing suffering to fellow Palestinian Arabs.  Said PA spokesperson Youssef Mahmoud:

There is nothing to do with such statements except shrug them off.   But they do provide a signal lesson on what care must be taken in “negotiations” with the Palestinian Arabs.  For there is zero integrity.

The real concern is that whole situation ratchets up the possibility of war with Hamas.

In my last post, writing about the Saudi pressure on Qatar to break with Hamas, I noted that this is likely to make Hamas – which will feel isolated – more volatile.   Qatar has been a primary funder of Hamas.

Our defense minister, Avigdor Lieberman, declared – after assuming his position in 2016 – that if there were to be another war with Hamas, “this time we’d finish them.”  He was contemptuous of the policy of his predecessor, Moshe Ya’alon, who sought to simply contain Hamas, and put together a plan for defeating Hamas.

It is a sure thing, that Abbas is mindful of this. 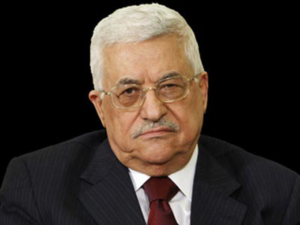 How convenient for Abbas, then, to promote a situation that might result in Israel fighting his battles for him.  If Hamas attacked and we then took Hamas down, he would claim Gaza.  Olso had originally allocated this area to the PA.

From that vantage point, he would have greater world prestige, greater leverage in several quarters.  He would proclaim that the Palestinian people were now united in one state.

On the back of our war sacrifice.

There are undoubtedly many reasons to take down Hamas, but this, my friends, is not one of them.

It should be noted that Hamas, which cares less than nothing about the people, would have more electricity for them if some of it were not diverted to tunnel construction. The same goes for money: they might have enough to buy fuel for the generator if so much were not being used for those tunnels and weapons acquisition.

As matters stand, the cutback on electric power will generate serious humanitarian problems. I’m not talking about an inability to charge cell phones (which I actually read about) or to watch TV.  There is insufficient power to fuel water purification or desalination systems, so that people may start to do without water.  Nor is there sufficient power for sewage purification, so that raw sewage is being dumped into the Mediterranean (which, if it travels, affects us as well as Gaza).

Abbas may have “instructed” Israel to cut back power, but in the end the decision to do so rests with Israel, with all of the ramifications inherent.

By late yesterday, Prime Minister Netanyahu had declared that, “We have no interest in an escalation.”

Additionally, Egypt has said it would supply some electrical power, contingent on certain conditions.  As well, a handful of EU nations have contacted Israel about the possibility of paying some of the cost of the electricity transmitted to Gaza.

While over in the Gulf, Saudi Arabia, which has instituted a blockade on Qatar, said it would be willing to send in food and medication to avert a humanitarian crisis there.

These are fragile and volatile times…

Yesterday, I read reports that Secretary of State Tillerson told a public Senate hearing that the Palestinian Authority would be stopping its practice of paying salaries to terrorists in Israeli prisons. 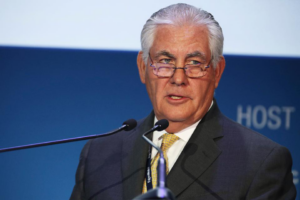 I had only to read this to know it could not be true.  Actually, my immediate thought was that I will be crowned queen of England before this happens.

Anyone who understands how Abbas and his PA operate would have similar thoughts. (Maybe not the part about being crowned queen.)

It’s quite simple: the terrorists in our jails, those who have murdered or attempted to murder innocent Israelis, are heroes in the PA.  The program of support for them is very popular on the Palestinian Arab street.  Abbas wouldn’t dare cut it.

The Arabs have a saying: “Just as the Jews love life, so do we love death.”  But it’s only partly true.  Believe me, Mahmoud Abbas very much loves life.  He is not exactly a well-loved figure among his own people.  Were he to discontinue this program at the behest of the Americans, it would not go well for him.

The problem here is that Tillerson is not an experienced diplomat, savvy in the ways of Mahmoud Abbas, with his predilection for lying and dissembling.

Not for a nanosecond do I think he is John Kerry, eager to cut Abbas unending slack.  I think Tillerson believes he and his boss are being tough.  This is what he said (emphasis added):

“The president [Trump] raised it, and I had a bilateral meeting with [Abbas] later and I told him – you absolutely have to stop this.

“They have changed that policy and their intent is to cease the payments to the families of those who have committed murder or violence against others. We have been very clear with them that this is simply not acceptable to us.”

Note, please, that all he has from Abbas is an expression of “intent,” which is worth nothing.

What is more, even if Abbas were to go so far as to present evidence that he has ceased that program it would be worthless.

All it takes is some fancy bookkeeping, so that the payments seem to come from somewhere else.  This would hardly be the first time this game was played.

Earlier today, Israel put out a statement indicating that, no matter what Abbas said, the prisoner payments were still being paid.

But no need to take our word for it.

Issa Qaraqe, head of the Palestinian Committee of Prisoners’ Affairs, has put out a statement saying that the PLO has no intention of stopping payments for prisoners:

“We reject ending the subsidies to the prisoners and families of martyrs. We will not apologize for it.

There you have the truth of the situation, my friends.