From Israel: A Remarkable People, A Singular Time!!

How strange this time is for us here in Israel.

Along with a good deal of the world, we’ve coped with the restrictions required because of coronavirus: the social distancing and isolation, the avoidance of public gatherings. And we have coped quite well.

Ah, but now it is quite a challenge.

It is the practice of those who mourn the dead – family, army comrades and friends – to visit their graves during the day. In an effort to insure that no one’s memory is forgotten, organizations have even been formed to arrange for volunteers to visit graves of those who may have died in a war of years ago and have no family.

But this year, the cemeteries were closed, to prevent what would have been great crowding.  Families – deeply saddened by the prohibition even as most understood – were encouraged to visit the graves in the days leading up to Yom Hazikaron.

The day before, IDF soldiers went to every military grave in the country, placing an Israeli flag marked with a black ribbon, a flower and a memorial candle on each one. 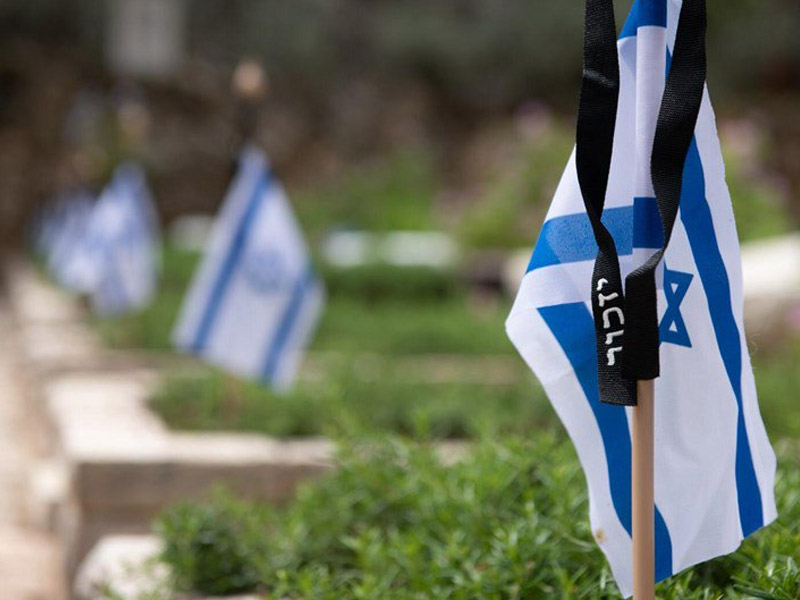 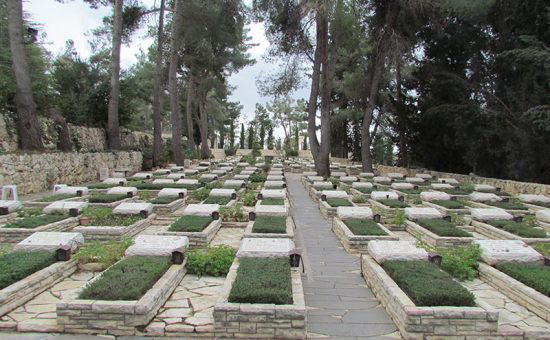 I wrote above that among those who traditionally visit graves of the fallen are their army comrades.  It is, I think, one of the many things that is extraordinary about this country.  The bond forged between soldiers is such that when one of them is killed, they honor his or her memory year after year.  But more than that – they often retain a relationship with the family.  There are some amazing stories in this regard:  Soldiers, for example, who go each year to erect the family sukkah of their fallen comrade, taking his place because he was the one who always did it.

Yom Hazikaron is a day of deep national sadness because the sacrifice of our young people is clearly understood: Without their willingness to join the IDF and go into battle as necessary, there would be no Israel.  It is that direct, that simple, and that painful.

Our debt to them, then, is boundless. And in their memory we are obliged to give our best to the building up Israel.

There are few who understand this better than Miriam Peretz, who lost two sons in two different wars. She is an inspiration, a model of hope to all who hear her. She encourages not only strength but enormous pride in Israel. 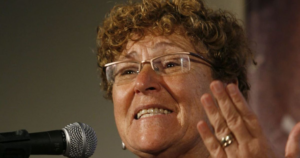 I urge you to hear her words:

Miriam said this week that there is a way that having to stay indoors on Yom Hazikaron would be a blessing for her:  Each year when she goes to the cemetery, she must decide whose grave to go to first. This year she would be able to hold both of her sons in her heart without having to make choices.

Memorial ceremonies were held yesterday without audiences, and with masked participants. 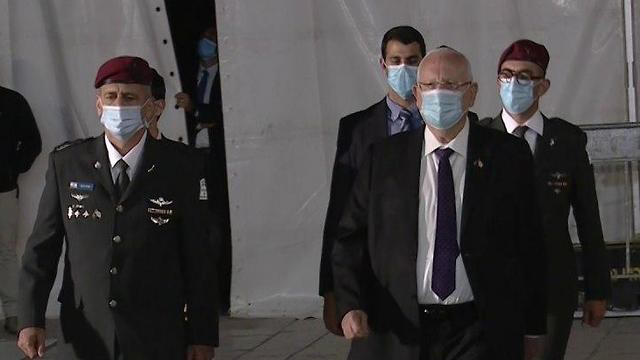 “This year, you are alone in your rooms, listening to the echoes of their voices. We cannot come to your homes, we cannot stand alongside you at the military cemeteries. We cannot embrace you.”

The siren, he says, “shatters the silence and breaks our hearts.

“I know, dear families, you don’t need Memorial Day to remember… Today is for us, so that we can — even for a moment — get to know the names and the faces, the lives and the stories of the sons and daughters of this country, of your beloveds, which will become ours.

But, he assured them, Israel will remember “the unfathomable price” that was paid in human lives for Israel to exist.”

Here we see various pictures of our soldiers, as Chief IDF cantor Shai Abramson sings the prayer for their safety:

I offer this as one more mark of how extraordinary we are as a people:

Among those who were killed by terrorists this past year was Rina Shnerb, 17 year old daughter of Shira and Eitan Shnerb. Rina was blown up at a spring outside Dolev, in Binyamin. 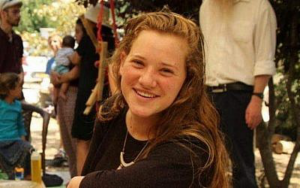 This week Shira Shnerb gave birth to a baby girl. 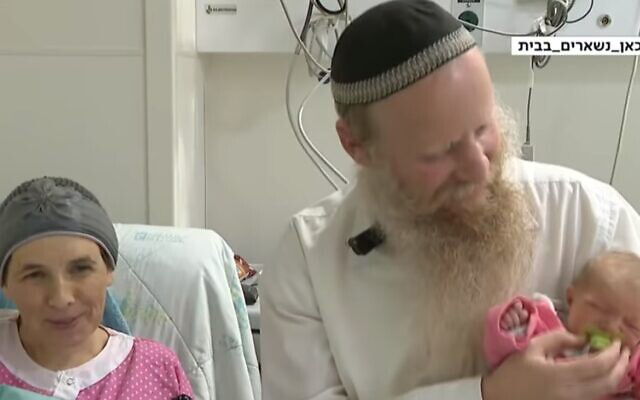 She discovered that she was pregnant while she was sitting shiva for Rina.  Imagine!  But see what the parents say now:

They will not name the baby “Shira,” Eitan explained, because “you do not have two children with the same name in a family, and she is still here with us.”

Shira added: “For us, life is a victory”:  Joyous celebration of life, my friends, not extracting vengeance.

At 8 PM last night, the transition was made, and the nation moved from the mourning of Yom Hazikaron to the celebration of Yom Ha’atzmaut (Independence Day).  The modern state of Israel was founded 72 years ago.

“Independence Day is a celebration of the renewal of the Jewish state in the land where the Jewish people began to develop its distinctive religion and culture some 4,000 years ago. ​​​​

“The population of Israel currently numbers 9,190,000 – more than ten times the population at the establishment of the state in 1948 (806,000). Jews make up 74% of the population, and Arabs 21%. About 75% of the Jewish population is comprised today of native-born Israelis, and more than half are at least second-generation Israelis…

“Since the establishment of the state, over 3.3 million immigrants arrived in Israel. As a result, the allocation of Jews in Israel as a percentage of total Jewish population in the world grew from 6% on the country’s first anniversary to 44% on the eve of the 72nd.

Every year I comment on the power of this transition, which so typifies Jewish life and Jewish attitudes. The juxtaposition of the day of mourning and the day of celebration brings home the message powerfully that without the first, we would not have the nation.

I heard a comment by Rabbi Jonathan Sacks this week about the fact that only in Israel are Jewish religious and national events not simply private affairs celebrated in the home or the synagogue, or in community centers or amongst a limited group of people – they are openly public events.

He is, of course, correct. This is Israel, the Jewish State. It is true even for a holiday such as Pesach, which focuses on a seder in the home: “Hag Sameach” is written on the buses and vats of boiling water can be found on street corners for the koshering of utensils; everyone is off from work and the holiday is in the air.

But at no time is this more the case than on Yom Ha’atzmaut.  And so, how strange it feels today, how muted, because of the virus restrictions.

Official celebrations were videoed in advance, without an audience.

No large gatherings in synagogues for the singing of Hallel (although small groups of 19 or fewer people minyans did gather in some places, and Hallel was heard being sung from balconies in some places).

No being out on the streets in festive mood. No large gatherings for barbecues in the parks. In many communities, no fireworks.

No flyover across the country.  How I love that flyover.

What is being done today is a limited flyover over medical facilities and hospitals to salute the medical personnel who have been working tirelessly and often at risk to themselves, to care for coronavirus patients.  The planes, from the IAF aerobatic team, will perform aerobatics over the hospitals and also use smoke trails to draw hearts in the sky.

You can see some interesting footage of this here:

It is almost 19 years now since my aliyah, and even now on a daily basis I thank Heaven that I am here, at home, as an Israeli. Whatever the numerous frustrations and irritations, I feel a certainty in my being that I am participating in an event of enormous theological and political importance.  The world is changed because of Israel.

And I feel equally certain that Israel is a nation like no other.  I do hope and trust that I convey this in my postings (political nonsense aside).

Hey, there is even this: a major event here for Yom Ha’atzmaut is a Bible contest, which is televised and which thousands of people follow eagerly.  Is there any other nation in the world that celebrates its independence with a bible contest?

The winner was Ruth Cohen, an 11th grader. 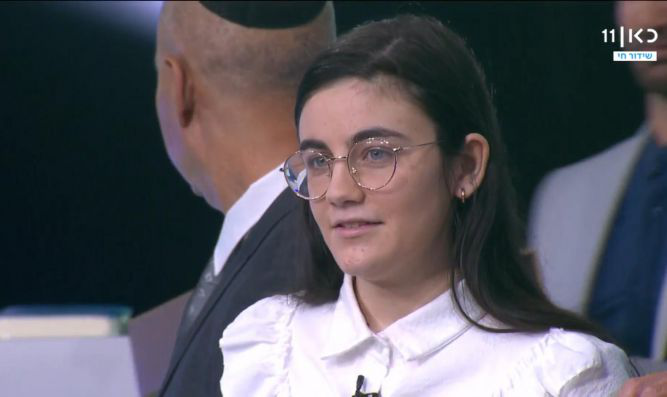 And so, I rejoice inwardly, even as I sit home, without the fireworks and the flyover and other outward manifestations of celebration.

Actually the coronavirus news today is quite good:

“For the first time since the outbreak of the coronavirus in the country earlier this year, the number of people in Israel who have recovered from the virus surpassed the number of those who are still sick…”

I pray that this scourge will leave us soon – here in Israel and across the world – and that we will emerge wiser and stronger, with an enhanced awareness of what matters and an increased ability to connect positively to one another.

Yesterday, World Mizrachi put up a video from 2018, “Do You See the Miracle?” written and narrated by Rabbi Jeremy Gimpel.  It contains striking historical footage and delivers a powerful message.

Clearly, the founding of the modern state of Israel IS a miracle as is our continued success.

I encourage you to watch this: 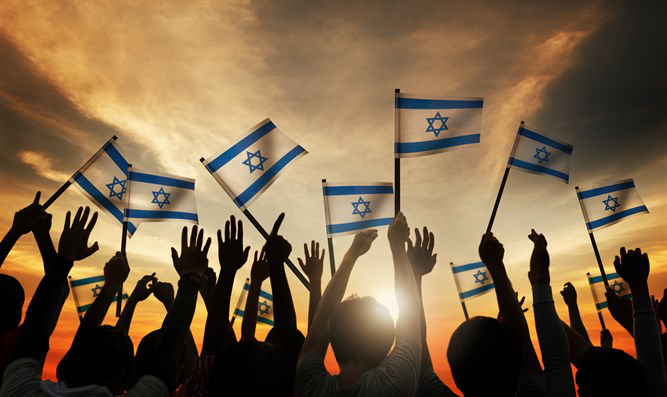