Today we mark a momentous historical event that is not sufficiently recognized:

Following WWI, the victorious Allied powers met to determine the allocation of territory that had been captured from a defeated Ottoman Empire. The first meeting, held in London in February 1920, established, among other matters, that Palestine would be placed under British Mandatory rule.

This was followed by a second week-long meeting that convened on April 20, 1920, in San Remo, Italy.  Great Britain, France, Italy, and Japan were the active participants at this Conference, with the United States in attendance in observer status. 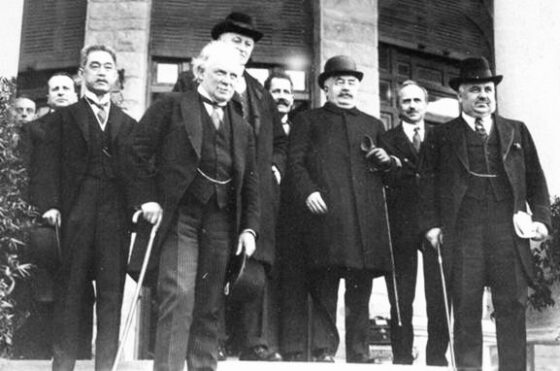 Also present were Zionists Chaim Weizmann (who became head of the World Zionist Organization), Nahum Sokolow (who had been a key figure in negotiating the Balfour Declaration), and Herbert Samuel (who was appointed High Commissioner for Palestine). They presented a memorandum to the British delegation.

On April 25, the Conference passed the San Remo Resolution, which incorporated the Balfour Declaration and Article 22 of the League of Nations (addressing mandate categories). 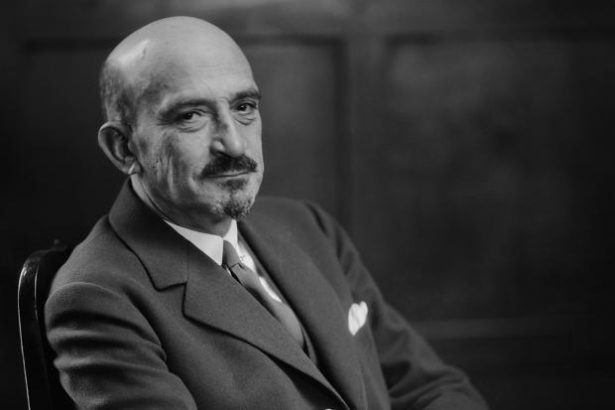 At that point it was, and it led the way for what followed.

Incorporation of the Balfour Declaration was an enormously important part of this Resolution. In a letter to Lord Walter Rothschild of the Zionist Federation in November 1917, British Foreign Secretary Arthur James Balfour had written:

“His Majesty’s Government view with favour the establishment in Palestine of a national home for the Jewish people.”

The sense of this Resolution was then enacted into international law when the League of Nations unanimously passed the Mandate for Palestine on July 24, 1922, to take effect on September 29th of that year.

The Mandate recognized “the historical connection of the Jewish people with Palestine and to the grounds for reconstituting their national home in that country.”  Formally establishing Great Britain as the Mandatory Power, it charged Britain with:

“…placing the country under such political, administrative and economic conditions as will secure the establishment of the Jewish national home, as laid down in the preamble, and the development of self -governing institutions…”

And facilitating…”close settlement by Jews, on the land, including State lands and waste lands not required for public purposes.”

At a bare minimum, Palestine was considered to encompass the land from the Jordan River to the Mediterranean Sea.

I note here that while the US was not a member of the League of Nations, on September 21, 1922, the Lodge-Fish Resolution, endorsing the Mandate for Palestine, was passed by both houses of Congress. It had been introduced by Hamilton Fish III, a Republican New York Congressman, and Henry Cabot Lodge, a Republican Senator from Massachusetts.

The Resolution was signed by President Warren G. Harding before the Mandate had even taken effect. 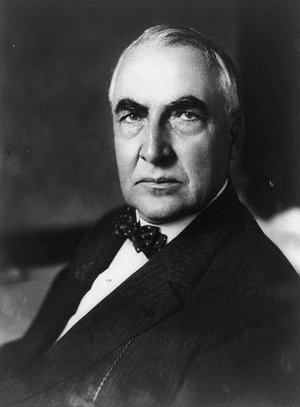 The rights of the Jewish People to the land was sustained in international law after the League of Nations was disbanded: Article 80 of the Charter of the United Nations, which succeeded the League, dealt with trusteeships and preserved intact all the rights granted to Jews under the Mandate for Palestine.

In light of this history, one might have hoped that the question of Jews as a People, and the right of this People to a homeland (nation) in Palestine because of an ancient connection, would have been accepted internationally by now.  Jewish rights to the Land are moral and historical (Jews are the indigenous people of Palestine), but also for 100 years now are also grounded in international law.

“…might have hoped…” is the operative phrase here. For this, as we all know, is not the case at all.  And no, in truth, there is nothing funny about this situation.

Here we begin to see the irony.

Theodor Herzl, founder of the World Zionist Organization at the end of the 19th century, believed that anti-Semitism was so deeply ingrained in Europe that Jews could escape it only via establishment of a state.

We established that state 72 years ago, and we have succeeded beyond anything that might have been remotely expected. One of our enormous successes has been our role as a light unto the nations.  We reach out to others with assistance: provide technological help, offer medical help, share intelligence.

And yet anti-Semitism is rising.

Last Thursday, I attended a Zoom Conference sponsored by the Jerusalem Center for Public Affair and the Ministry of Strategic Affairs (which takes on the fight against BDS) on the subject, “Coronavirus, Conspiracies, and Israelophobia: A National Security Challenge.”  We heard from academic, military, political and diplomatic persons of considerable knowledge and expertise, such as Dore Gold (head of the JCPA, pictured), Dan Diker, Natan Sharansky, Fiamma Nerenstein Alan Baker and Yossi Kuperwasser. 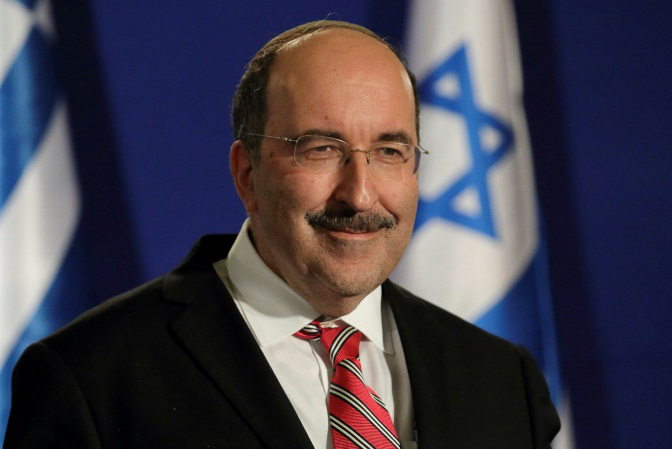 What they had to say is of great importance, and I want to devote the remainder of this posting to a concise summary.

Anti-Semitism is the oldest continuing hatred in the world.

But it is not a constant – it waxes and wanes depending on world circumstances.  What is more, it latches on to volatile issues, so that it was inevitable that anti-Semitism would increase with the advent of the coronavirus.  Do not look for logic here, for there is none: Jews, being the source of evil in the world, started the coronavirus and are spreading it.

What is more, since Jews are money-hungry, they are out to make money on the world’s suffering with regard to the virus.

The new anti-Semitism often takes the form of anti-Zionism: what is being called Israelophobia.  Posing as legitimate critique of Israel, It intersects with the new anti-Semitism and hi-jacks civil discourse. Those generating this Israelophobia – delegitimization of Israel – include state actors such as Turkey, the PA, Hamas and other terror groups, international organizations such as the ICC and the UN (with its recent blacklist), and organizations such as the BDS movement.

Part of what is being promoted is a new blood libel: Israel is using the virus to control the world.

What makes this all the more pervasive is use of social media/the Internet. Accusations fly and are shared on a massive scale.

Warnings were sounded at this conference with regard to long term difficulties.  At present, the focus is on the virus – sickness, deaths, isolation, etc.  But after the virus has been eradicated or significantly reduced in severity, there will be profound economic challenges that will take longer to address. Classically, there is a rise in anti-Semitism during such times, and this is anticipated, including the possibility of violence against Jews in some parts of the world.

The question is what to do about this, in addition to the direct challenges to the lies and distortions found in social media.  There are no simple answers.

Dore Gold suggests that relationships with nations in places such as Africa, where we lend assistance in a variety of contexts, must be enhanced and studiously developed. These nations, seeing what Israel is about, will become advocates.

Brig-Gen. Yossi Kuperwasser (pictured, former head of the Research Division of IDF Military Intelligence, and Director General of the Israel Ministry of Strategic Affairs) ventures the thought that liberals, whether in the Democratic Party in the US, in Europe, don’t really care about the good Israel does in the world; they embrace a mindset that says Israel is bad. He sees it as important to challenge PA attitudes and claims. 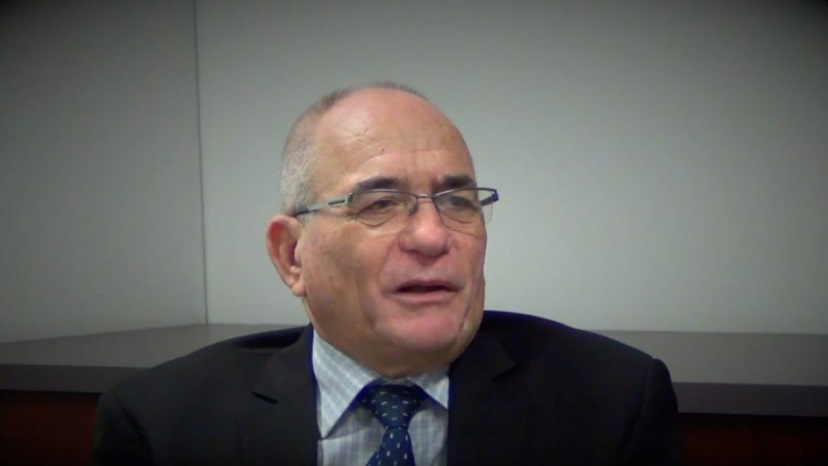 While Elan Carr, Pompeo appointee as Special Envoy for Monitoring and Combating anti-Semitism, believes that a focused effort on philo-semitic education is necessary.  Kids need to be taught not only about Israel’s contributions to their country, but also more broadly about Jewish attitudes.

You can see the full JCPA study on Israelophobia, edited by Dan Diker, here: