Briefly I want to return to the issue of what will happen vis-a-vis Iran when Obama is here — this time sharing Barry Rubin’s sardonic take in “What Obama faces in Israel” (emphasis added):

“…Presumably, the US delegation and Obama will emphasize their optimism about negotiations with Teheran and express wishful thinking that the June election will result in a more moderate government…In other words, they will preach hope and patience.

“In addition, they will stress that all options are being kept open and that the United States will never accept Iran having nuclear weapons…Personally, I don’t believe that Obama will ever attack Iranian nuclear facilities or support such an Israeli operation.

(Rubin has indicated in other articles that it is his opinion Israel will not attack Iran alone.  Here he speculates as to how hard Netanyahu will push on this issue, but assumes he will warn that negotiations won’t work.)

“…The reality is…that Obama will continue to deny that his strategy is one of containment. That will go on until Iran gets nuclear weapons  and Obama switches to an open containment strategy…It’s important to understand that there’s ‘good containment’ and ‘bad containment.’

“On that point I need say only two words: Chuck Hagel.  He will likely be US secretary of defense.  Want four more words?  John Kerry, John Brennan. They will be secretary of state and CIA chief. The problem of terrible ideas meeting terrible incompetence.

“If the Unites States is going to end up focusing on containing Iran — stopping it from using nuclear weapons or giving them to terrorists — it better be done well.

“At the end of the meeting, everyone will then state publicly that the talks show the continued strength of the US-Israel alliance and that Obama is a great president and a wonderful friend of Israel. Then Obama will return to Washington and get back to the business of installing or helping anti-Israel Islamist governments in Egypt, Tunisia, Lebanon, Syria and Turkey; making sure Israel is never too tough against Hamas in the Gaza Strip and losing credibility with America’s anti-Islamist Arab and other friends.”

Rubin doesn’t fool around, and doesn’t engage in polite double-talk or in obscure pedantic analysis.  Pretty much he tells it like it is, and that’s I why I cite him often.

When responding to current issues on Iran, however, it’s difficult not to wonder if he’s unduly cynical.  Much of what he describes here feels absolutely on the mark.  But is he correct that Obama will never back any Israeli action on Iran?  Don’t know.

Obama fully supported Israel’s action in Syria — which I read as a case of “I don’t have the will or courage to act here, even though I said I would, but I’m glad you do.”

And what about Rubin’s assessment that Israel — if facing total non-cooperation from Obama — would not act alone?

What continues to be clear is that Netanyahu is without illusions in terms of what needs to be done.  Speaking to the Jewish Agency Board of Governors yesterday, he said (emphasis added):

“Have tough sanctions stopped North Korea? No. And the fact that they produced a nuclear explosion reverberates everywhere in the Middle East, and especially in Iran.

Netanyahu also said that once he forms his government (something that’s taking a long time), his highest priority will be stopping Iran’s nuclear program.  Just as Iran will be the most important subject he will discuss with President Obama when he arrives.

Can you believe this?  Believe it: When Obama is here President Peres is going to present him with a presidential medal.  A revoltin’ development.  I have a good friend who says I have no reason to be surprised, since Peres received such an award from Obama and is merely returning the favor.  And she is absolutely correct. But revoltin’ it is.

I, with many many others, was opposed to Peres receiving that medal in the US because Obama had ignored all requests to release Pollard.  He missed an opportunity to make a huge public statement.  And now, Obama will, in all likelihood, receive his medal while Pollard, seriously ill, still languishes in prison.  This, even though even more voices have been now raised seeking his release.

This was all information relevant to Israel’s security.  Never, said the study, did Pollard’s handlers “request or receive from Pollard intelligence concerning some of the most sensitive US national security resources.”
“The Israelis never expressed interest in US military activities, plans, capabilities or equipment.”

This is exceedingly important information: in no way was the US compromised by Pollard’s work.  Particularly in light of this, his life sentence is a travesty of justice and totally inconsistent with sentences meted out to others who have acted similarly. What is more, Pollard has expressed remorse for what he did.

It would be an act of justice and simple humanity for Obama to now commute Pollard’s sentence to time served.

A petition calling for Pollard’s release will be presented to Obama when he’s here.

Recently, Yair Lapid, head of Yesh Atid, met with Pollard’s wife, Esther. During that meeting he had an opportunity to speak briefly with Pollard by phone:

Related Lapid,. “The conversation brought tears to my eyes. He is in very bad health. He is desperate and broken.”

Pollard said to him, “All I want is to return home and spend the rest of my life with my wife, who has filled her days with enormous efforts to secure my release. Please help me.” 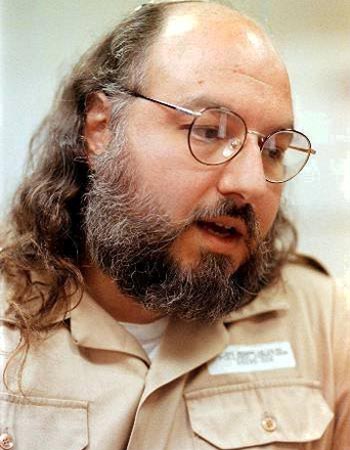 Much was made of a move by Egypt last week to flood smuggling tunnels that run under Rafah from the Sinai to Gaza.  This was said to be part of a commitment by the Egyptian government made at the time of the ceasefire regarding hostilities between Israel and Hamas in Gaza — a commitment to stanch the flow of new weapons to Hamas from the Sinai.

“Egypt will not tolerate a two-way flow of smuggled arms with the Gaza Strip that is destabilizing its Sinai peninsula, a senior aide to its Islamist president said, explaining why Egyptian forces flooded sub-border tunnels last week.”

The idea, it was said, was to keep water in the tunnels for sufficient time to destabilize them, so that they then collapsed — easier than destroying them mechanically or by explosives (which is near impossible because of adjacent housing).

As recently as Sunday, an Egyptian military spokesman said that they had found over 225 tunnels and that flooding was continuing.

But as of yesterday, Egypt Independent (cited by IMRA) reported that (emphasis added):

“Sources in Sinai, however, say that the water is being drained out and announced that the targeted tunnels would be functional again in a week.”

The Independent, furthermore, refers to the flooding as a “punitive” and not a security measure.

The fact is that besides being used for smuggling of weapons and terrorists, the tunnels are also used for commercial purposes — bringing goods into Gaza.  For this reason alone, Hamas was furious about the flooding.

BBC Gaza correspondent Jon Donnison tweeted that: “tunnel flooding story has a lot of pick up but no sign tunnel trade badly damaged. No queues 4 fuel. Plenty of cement in shops.”

There are reports from Egyptian media that a delegation of high-level Egyptian security officials will be visiting Israel soon.  It is anticipated that the security situation in the Sinai will be high on the agenda.

Last week, seven wounded Syrian refugees from rebel forces. who showed up at the border on the Golan, were permitted into Israel.

This was a unique situation, extended for humanitarian purposes because of their medical condition.  One was critically wounded and the other six, who ultimately required surgery, in serious condition.  They were first treated at the border and then transferred by military ambulances to a hospital in S’fat. They have been kept away from reporters.

Both the 1951 UN Refugee Convention and Israeli law would forbid their being forced back into Syria, given their situation.

But IDF officials have made it very clear that this incident does not set a precedent and that Israel was NOT going to start permitting Syrian refugees to come over the border.  It would be disastrous to do this.

The Times of Israel is reporting (tentative) plans by the IDF to set up a field hospital right at the border with Syria, so that other refugees seeking medical attention could be treated there and not brought farther into Israel.

Black joke of the day:

Syrian President Bashar Assad — who hopes to run again for the presidency next year — has been quoted by Al-Quds Al-Arabi (London) as saying, in the course of a meeting with Jordanian officials, that, “The images of carnage are painful. Some people forget I am flesh and blood. I’m not a wild animal and you must keep in mind I am a doctor [ophthalmologist] and it pains me to see death.”

Meanwhile, Syrian rebel sources are saying that 50 people were killed when Assad’s forces fired a surface-to-surface missile into a residential area in Aleppo.  The charge is that the residential area was deliberately targeted, and that there were also mortar shells fired at houses.

Assad’s plaintive request that people “keep in mind that I’m a doctor” interested me, nonetheless.

For it happens that there have been a few doctors here in the Middle East who have been involved in gratuitous murder of innocents, usually in the course of roles they’ve played in terror organizations. I think, for example, of Abdel Aziz al-Rantissi, who was a certified pediatric medical doctor.  Or Egyptian medical doctor and surgeon Ayman al-Zawahiri, who assumed the leadership of al-Qaeda after bin-Laden.

I’ve never understood how they could do the things they’ve done, when trained to save lives.

Compare this, please, with the action of IDF medical personnel who moved to treat Syrian rebels (described above) who may well be Islamists, and perhaps even members of al-Qaeda.

Dr. Oscar Embon, the director. of the Ziv Medical Center in S’fat, where the rebels are being treated, told CNN, “We treat patients regardless of religion, race, nationality and give the best care we can provide.”  He said that Israeli doctors frequently treat people from groups with which Israel has tensions, or even is engaged in conflict.