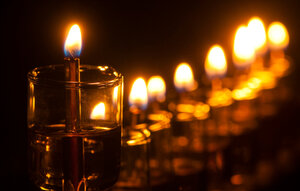 I give thanks for this Chanukah season, which is buoying me – and I hope many of you! – during a difficult time.

Before moving to the difficult stuff, I begin with links to material that I would like to share:

A poll done on behalf of the organization Regavim, here in Israel, shows that when Israelis who are not predisposed to the “settlements” come to understand that international law gives Israel rights in Judea and Samaria, they may change their minds about those “settlements.”

The point here (which I make in the article) is that this shows us why the Levy Report Campaign is so important.  The Arab lies have distorted the thinking even of some Israelis, and it’s our task to do the education that will set the record straight:
http://www.algemeiner.com/2013/11/28/poll-majority-of-israelis-believe-settlements-to-be-legal/

Directly connected to one of the conclusions of the Levy Report is this piece by Minister of Agriculture Yair Shamir (Yisrael Beitenu): “International law and Judea and Samaria: It’s time to return to the facts.”

“The ICRC [International Committee of the Red Cross] is considered the authority on the Geneva Convention and other parts of international law, and the majority of the international community relies on its interpretation – frequently without rendering its own thorough investigation…

“However, when its claims on the [Israeli-Palestinian Arab] conflict are based on false interpretations, and partial or wholly inaccurate declarations, it does damage – not just to Israel, but also to the cause of peace and reconciliation in our region.”

The false interpretations and inaccuracies he is referring to are with regard to the much-touted but erroneous notion that Israel is an “occupier” in Judea and Samaria.  See the entire piece for an analysis. 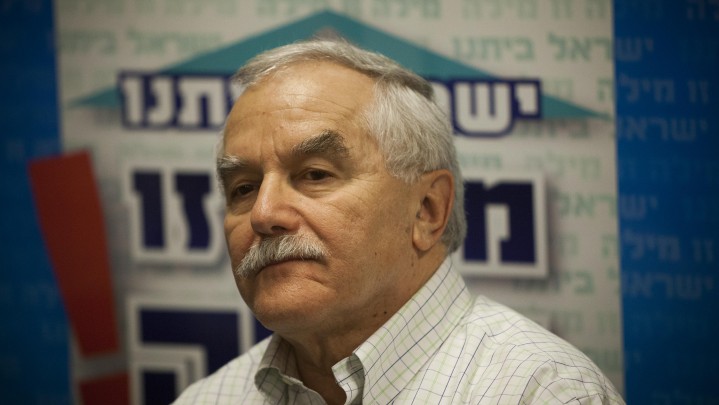 Now as to the “hard times.”  An understatement, truly, for we are dealing with a situation that defies description.  I want to move past the issue of Iran (it makes me weary in my bones), but my conscience will not permit me to do so.

Following here are a series of links to articles on Iran (with a nod to Daily Alert). This provides my readers with yet another opportunity to connect the dots (all emphasis added):

The deal between P5 + 1 and Iran has not begun yet, and, in fact, the details of implementation still have to be worked out, via meetings that will take place either in Geneva or Vienna.

“A senior Western diplomat described the implementation phase of the deal as ‘extremely complex and difficult.'”

So why all the hoopla by Obama and Kerry if it’s not really a done deal yet?  Obviously, because they expect to make it a done deal. But wait!

“…underlining years of mutual distrust, [Iranian Deputy Foreign Minister Abbas] Araqchi said the deal was not legally binding and Iran had the right to undo it if the powers failed to hold up their end of the bargain.

“‘The moment we feel that the opposite side is not meeting its obligations or its actions fall short, we will revert to our previous position and cease the process,’ [the Iranian state-run news service] Fars quoted Araqchi, a senior member of Iran’s negotiating team, as saying. ‘We are in no way optimistic about the other side – we are pessimistic – and we have told them that we cannot trust you.'”

Let’s look at some of the expectations the Iranians are expressing.

In an interview with the Financial Times, Iranian president Rouhani indicated “100 per cent” that dismantling of nuclear facilities was a red line for his country.

In other words, they have no intention of dismantling. Never.

Iran’s nuclear chief Ali Akbar Salehi concurs with regard to no dismantling of nuclear facilities, but he carries it one step further.

Quoted by the website of state broadcaster IRIB, Salehi declared:

“Your actions and words show you don’t want us to have the Arak heavy water reactor which means you want to deprive us of our rights.

“But you should know that it is a red line which we will never cross, likewise enrichment.”

The source is AFP:

“Iran will decide the level of enrichment according to its needs for different purposes.

“Only details of the enrichment activities are negotiable.” (Emphasis added)

This is a deal? Is there not one leader of integrity or common sense among the heads of P5 + 1???

Not only are the Iranians giving nothing of substance in return for a reduction in sanctions, they declare themselves ready to resume enrichment at prior levels if they should “feel” that the actions of the opposite side “fall short,” whatever that means.

Last night, Michael Hayden, who served as director of the CIA during George W. Bush’s administration, told Fox news  that “right now, the Iranians are far too close to a nuclear weapon.”

There are glimmers of light, here, however.

According to the Sunday Times, yesterday, which has since been cited in multiple sources, Prime Minister Netanyahu has ordered both the Mossad and IDF Intelligence to seek breaches by Iran in the interim agreement that is being forged.

The world chooses to ignore our prime minister now. But if he had fresh and solid documentation of Iranian duplicity (which might not be terribly difficult to secure, especially in light of the supreme confidence the Iranians have in their ability to run rings around P5 + 1), it would create a new dynamic.

At a minimum, it would generate new sanctions activity in Congress.

According to one Israeli intelligence official cited:

“Everyone has his own view regarding the Geneva agreement. But it is clear that if a smoking gun is produced, it will tumble like a house of cards.”  (Emphasis added)

This approach had been anticipated in the first analyses after the accord was announced.  It’s a logical way to go  and I hope we’ll see some badly needed success here.

But I must make one observation: According to the Times, Israeli sources are saying that “Israeli intelligence was seeking to uncover clandestine activity in three areas of Iran’s nuclear program – hidden uranium enrichment sites, ballistic missiles and bomb design.”

Hidden uranium enrichment sites, utilized for enrichment after the accord was in effect, would constitute a breach of the accord. But neither ballistic missile development nor work on bomb design would. To my understanding, that’s one of the weaknesses in the accord: the enrichment is supposed to halt temporarily, but continuing work on the platforms for delivering a nuclear device is not prohibited.

Uncovering activity in these areas – if that, indeed, is what Israeli intelligence will be looking at – would demonstrate true Iranian intentions, but not breach of the accord.  Exposing a breach would be more powerful.

I would like to recommend “MEMRI: The Geneva Agreement: The Path To Historic Changes In The Middle East, Lead by the US Administration.”

MEMRI – memri@memri.org – is a highly reputable agency that translates and analyzes media of the Middle East.  The authors of this paper are A. Savyon, director of MEMRI’s Iran Media Project; and Y. Carmon, president of MEMRI.  The authors consider a context broader than the issue of a nuclear Iran.  (All emphasis added.)

“…The new U.S. policy has geostrategic ramifications for the region, and in this sense it constitutes part of the Middle Eastern reality and is not an isolated, strictly domestic ‘American’ matter. Rather, it is shaping the Middle East reality that we at MEMRI are reading about in the media of the region.

“…the Iranian regime’s threat to the entire region and internationally has never been solely that of a nuclear bomb. Rather, it is a threat because it is an ideological Islamic revolutionary regime, that openly threatens the other regimes in the Middle East with ideological incitement and subversive activity. It does this using military and ideological organizations, out of a desire to export the Islamic revolution and undermine the existing regimes…

“…With regard to this comprehensive threat posed by the Iranian regime, the Geneva agreement constitutes phenomenal reinforcement for Iran’s geostrategic might vis-a-vis the countries of the region, and enhances Iran’s efforts at subversion in the region and internationally…

“…[the Geneva agreement] creates a much graver multidimensional threat for the countries of the region – all of which are long-time allies of the U.S. The agreement shifts the geostrategic power relations in the Middle East and replaces the Arab-Sunni hegemony, which for decades maintained the pro-Western status quo in the Middle East, with Iranian hegemony, which remains as anti-West as it has always been. As a nuclear threshold state, a hegemonic Iran will in the future threaten Europe and later the U.S. as well.

“…in contrast to his statements of commitment to traditional U.S.allies, in practice the Obama administration’s policy is disregarding the security interests of these allies, particularly Saudi Arabia and the Gulf Cooperation Council (GCC) states – which have for years hosted strategic U.S. military bases – and Israel. The administration is instead forming a new axis, comprising the U.S. and popular revolutionary forces in the Arab and Muslim world, for whom Iran serves an example…

“Within this new axis, the U.S. administration is overturning not only the power relations in the Middle East, but also the perception of who the ‘good guys’ and ‘bad guys’ are. Iran’s public relations efforts are being upgraded, in a way that erases its worldwide ideological subversion and terrorist activity, and its decade of deception about its nuclear program – the latter of which has led to six U.N. Security Council resolutions against it. Meanwhile, commentators close to the Obama administration are depicting Saudi Arabia and Israel as the source of the tensions and problems in the region…The result is serious damage to the commonality of interests between Saudi Arabia and Israel and the U.S…

“…this historic move by Obama will lead to regional instability. It will not assuage the existing tensions and conflicts; it will only inflame them, and this exacerbation will take the form of violent actions both in the region and outside it.”