The eighth and last candle of Chanukah was lit last night, and we are now in the final day of the holiday. 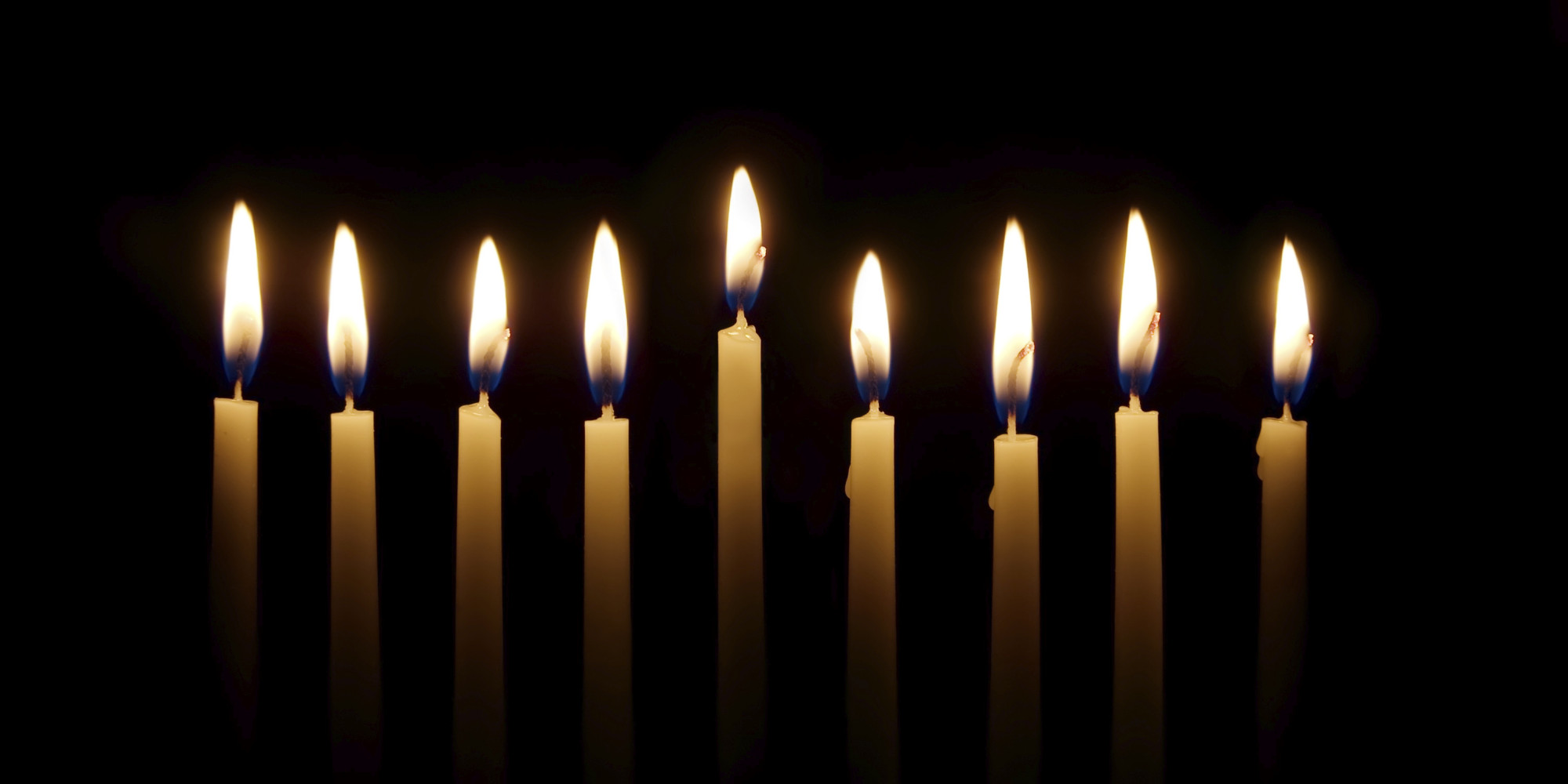 I begin here with what I consider good news.  Yossi Cohen, who has been serving as National Security Advisor, has been tapped by Prime Minister Netanyahu and is about to become head of the Mossad. This past Shabbat, Cohen spoke at his synagogue and, as far as I am concerned, what he said has real import.

All right!  We need leaders humble enough to know that they cannot proceed on Israel’s behalf without help from Above – leaders who acknowledge the role of the Almighty.

For more on Cohen and what he’s facing in his new job, see here:

He served as deputy director of the Mossad from 2011 to 2013; his forte is human intelligence.  Gathering first class intelligence in foreign countries is a key aspect of what he will be doing.

Well…Israeli President Ruby Rivlin has been at the White House, both for a meeting with Obama and Chanukah celebrations.  There was a fair amount of gushing in the media, in some quarters, about how lovely the interaction between Rivlin and Obama has been, and how this signals a warming of the US-Israeli relationship.

However, I am not about to go mushy and politically correct at this point in my life.  Quite the contrary: As I see it, the entire spectacle was stomach-turning. Rivlin – apparently very grateful to be in the media spotlight and welcomed at the White House – was doing a major suck-up.  I think the look on his face tells the story: 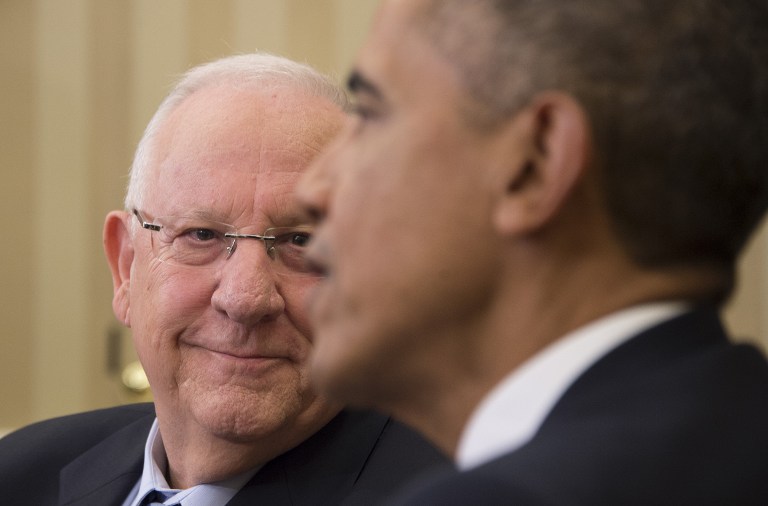 For a full sense of how revolting it all was, we have this description of the Chanukah candle lighting at the White House from Gil Ronen in Israel National News:

One of the speakers was Susan Talve of Central Reform Congregation in St. Louis, Missouri.  “Talve is a member of T’ruah, a group which is now promoting ‘soft BDS’ programs.”

Is “soft BDS” like being a little bit pregnant?

Intoned Talve: “I stand here with my fierce family of clergy and Black Lives Matter activists who took to the streets of Ferguson.  I stand here to light these lights to say no to the darkness of Islamophobia and homophobia and transphobia [fear of refugees?]… Inshallah, inshallah.”

“Inshallah”???! Spoken by a Jew who has truly lost her way.  One who is proudly for everyone and everything but traditional Judaism and Jewish rights in Israel.

Undoubtedly Obama’s kind of Jew.  Sad that Rivlin should have been present.  He didn’t say “inshallah.”  But he did, Heaven help us, speak about Obama’s “strong and clear moral leadership.”

It would have been better had our president lit his Chanukah candles in the President’s House here in Jerusalem, and stayed home thereafter.  Far better. 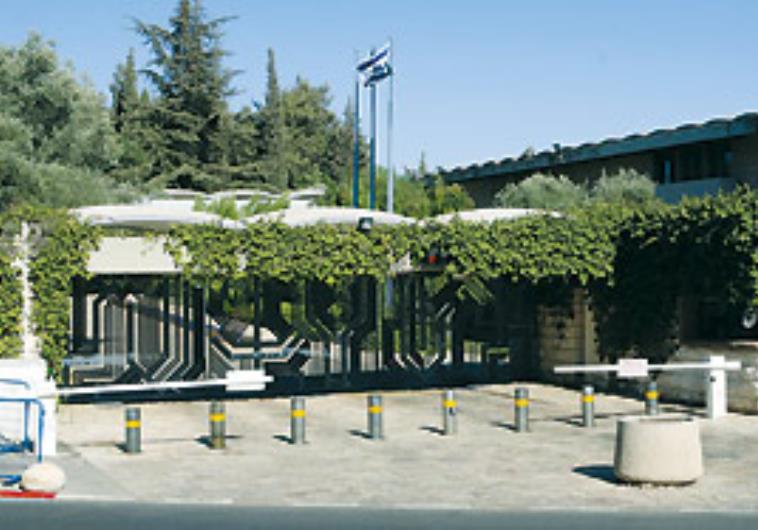 Saturday night, actually, there was a demonstration outside the President’s House.  A protest: because Rivlin was scheduled to participate in a conference in New York on Sunday run under the auspices of the extreme left-wing Israeli newspaper Ha’aretz and the New Israel Fund, which supports BDS.  The line-up of speakers was hair-raising for its anti-Israel bent: Saeb Erekat, representatives of J Street, journalists Peter Beinart and Amira Haas, etc., etc.

Perhaps most disturbing of all was the projected participation of Breaking the Silence, represented by Avner Gvaryahu.

Gvaryahu, he said, “gathers false descriptions for delegations from Europe to Hebron.

“You [Rivlin] cannot, on the one hand, give medals of excellence to soldiers at the President’s Residence and, on the other hand embrace what drives the BDS movement and the like.”

Rivlin put out a fairly pro-forma “explanation” via his Residence office: The president would be extending greetings, but when the panel took place on which the most controversial speakers would participate, the president would not be present.

That was no answer at all. For to extend “greetings” is to lend credibility to a conference that is hosting those who lie about and defame Israel.

But in the end he did get the message of the protest at some level.   Truly unfortunate that he acknowledged the event, but his words included this (emphasis added):

”The IDF is doing everything in its power to keep the highest moral standard possible, even under impossible conditions.

“No other army in the world is as moral as Tzahal [the IDF]…We are very proud of them and really owe them all our support and appreciation.”

The terror attacks continue.  With all of my heart I wish I could report they have stopped.  Worst hit from day to day is the Hevron area, but it is not only in Hevron.  Here a stabbing, there an attempted vehicular attack, etc. etc.

We Israelis are strong and resolute, but there is no question that everyone’s morale has been affected.  How could it be otherwise?

It’s not difficult to understand why matters have not improved: Fatah and the PA have no desire for quiet, and less then none for peaceful relations with Israel.

Writing for the Jerusalem Center for Public Affairs, Lt. Col. (ret) Yoni Halevy has released a briefing, “Fatah, with Mahmoud Abbas at the Helm, Confirms the Confrontation Strategy toward Israel”:

“The Fatah Central Committee gave its backing to a strategy that combines the terror intifada with diplomatic and legal moves in the international arena aimed at achieving recognition of the state of Palestine as well as an Israeli withdrawal to the 1967 borders with no political quid pro quo from the Palestinians. (Emphasis here is in the original – all other emphasis below is added.)

“The Central Committee did not condemn the acts of violence and terror being perpetrated by Palestinians…On the contrary, it characterized the foiling of terror attacks as ‘executions,’ chose to call the perpetrators ‘heroes,’ and promised to assist their families. The Palestinian leadership thereby gave full backing to the continuation of the terror wave against Israel…

“…the Central Committee fully endorsed Abbas’ threat voiced during his address to the United Nations that the Palestinians will stop honoring the agreements with Israel.

“The Palestinian leadership hewed to the line of all-out confrontation with Israel. An important aspect of this approach is the legal arena.”  Halevy referred to legal means for “ending the occupation” and facilitating “right of return.”

And then, one last item has been added:

“…the Palestinian leadership, with Abbas at the helm, denies the Jewish right to the area of the Western Wall and regards it as a sacred Islamic site that is an inseparable part of the Al-Aqsa Mosque.”

This is a key element of their current attack and it is serious business.

This, as I’ve been saying and will continue to say, is a time for resolute strength.  And there have been some encouraging signs of that strength that we have been able to see lately.

Sadly, disturbingly, this has not been the case where Har Habayit is concerned, however.

Some weeks ago, it was announced that the number of Jews allowed up on the Mount would be limited.  And more recently, two Jews were arrested for praying on the Mount.

Netanyahu seems to bend over backward to avoid ruffling the feathers of the Jordanian-backed Wakf on the Mount.  Behind the scenes there is considerable cooperation between Jordan and Israel, but it is always behind the scenes.

Please, take the time to see this. Last month, Mahmoud Abbas “publicly confirmed for the first time that he turned down a peace offer in 2008 that would have provided for an independent Palestinian state containing all of the Gaza Strip, much of the West Bank (with land swaps), and a tunnel connecting the two areas.”

This is proof of what many of us have known all along: The Palestinian Arabs do not want a “two state solution,” and pushing Israel to do “more” to provide incentive is foolish and counterproductive, unfair, and just plain wrong.

Save this link, share it broadly, and refer to it in letters to the editor and Internet talkbacks.  People need to know.

Less than two weeks ago, Prof. Norbert Lammert, president of the German Bundestag, declared the EU decision on labeling of Jewish products from Judea and Samaria “unnecessary and unwise…Germany not only didn’t agree to the decision, rejected it.”  In fact, he said he could “understand Israel’s anger.”

All of this took place in the German parliament when Israeli Knesset Speaker Yuli Edelstein was in town to address the Bundestag’s Foreign Affairs and Defense Committee.

This is in the face of what had just been celebrated as a “special relationship” between Israel and Germany.  It is particularly reprehensible coming from Germany because of the history of Nazi labeling of Jewish goods.

Danny Danon, Israel’s Ambassador to the UN, has just given an interview to the JPost, in which he sounds an optimistic note, in spite of what I’ve just written above.  There is, he says, “a public UN,” and a “quiet UN.”

At a public level, “There are many countries whose sole mission at the UN is to bash Israel.”

However, “During the day, I have many meetings with ambassadors and officials and quietly you see that there is a lot of appreciation, I would even say admiration for Israel.” 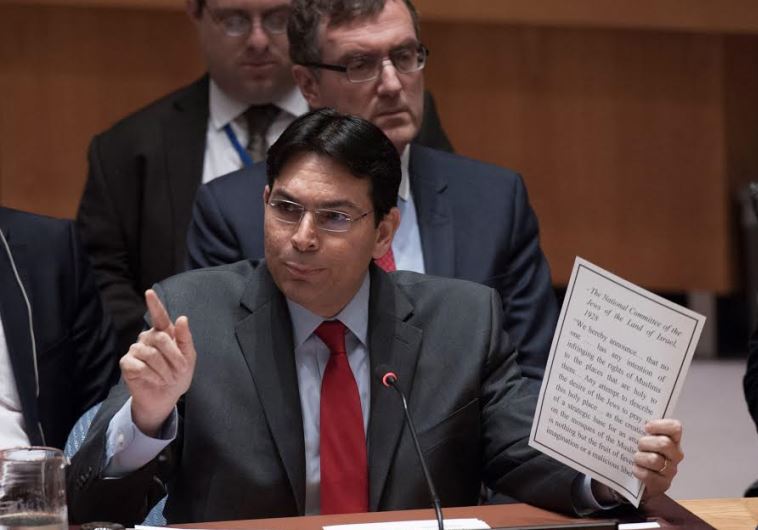 We must hope for – and vigorously work towards – the day when that quiet admiration can be expressed in public policy. This echoes what I just wrote about cooperation between Israel and Jordan behind the scenes, does it not?

This allows me to segue into a musical piece – designed to “promote tolerance and unity through music” – that has just been released as a video by the Permanent Mission of Israel to the UN:

Entitled “United Pianos,” it features 11 pianists seen playing the same tune in different countries around the world – Israel, Turkey, the United States, Vietnam, the Bahamas, Germany, India, Australia, Russia, South Africa and Poland. Said Danon, “This project was created with hope to reach the day when music will replace the sound of wars and disagreements.”

Cute. Perhaps this will catch peoples’ attention, in an “out of the box” and positive fashion.  (It has a really interesting line-up, although I confess I would hope to learn more about the pianist from Israel.)