I hope and trust that my readers will understand: my postings are less frequent and possibly shorter because I am giving priority to my work on the Legal Grounds Campaign.  Once again, I invite anyone who would like to know more to contact me.

There is no way I can do justice in my posts to all that is going on in the US now, though it grieves me greatly.  I see a once great nation spiraling down, down.

It’s not “just” that Obama has paid ransom to Iran for the release of US hostages – and there is no doubt that he did.  It is that the American electorate is not screaming like crazy about the way in which their president shamed the nation.

There is an apathy that is lethal to a democracy.  A readiness to be oblivious to what stares us in the face – with regard, for example, to Hillary’s absolutely compulsive lying.  (See this re: Hillary’s lying: https://www.c-span.org/video/?c4609208/gowdy-comey-clinton and think about the implications for American security.)

I can only touch one base and another as I write, sharing links to relevant articles and videos as I go…

Today I share a video of an interview with a Gold Star mother, Karen Vaughn. Pro-Trump, she says she found him to be “an extraordinarily warm, kind, soft-spoken, gentle man” in the course of a meeting he had with Gold Star parents.

This alternate perspective is important.  I urge you to hear her full statement and then consider sharing it: 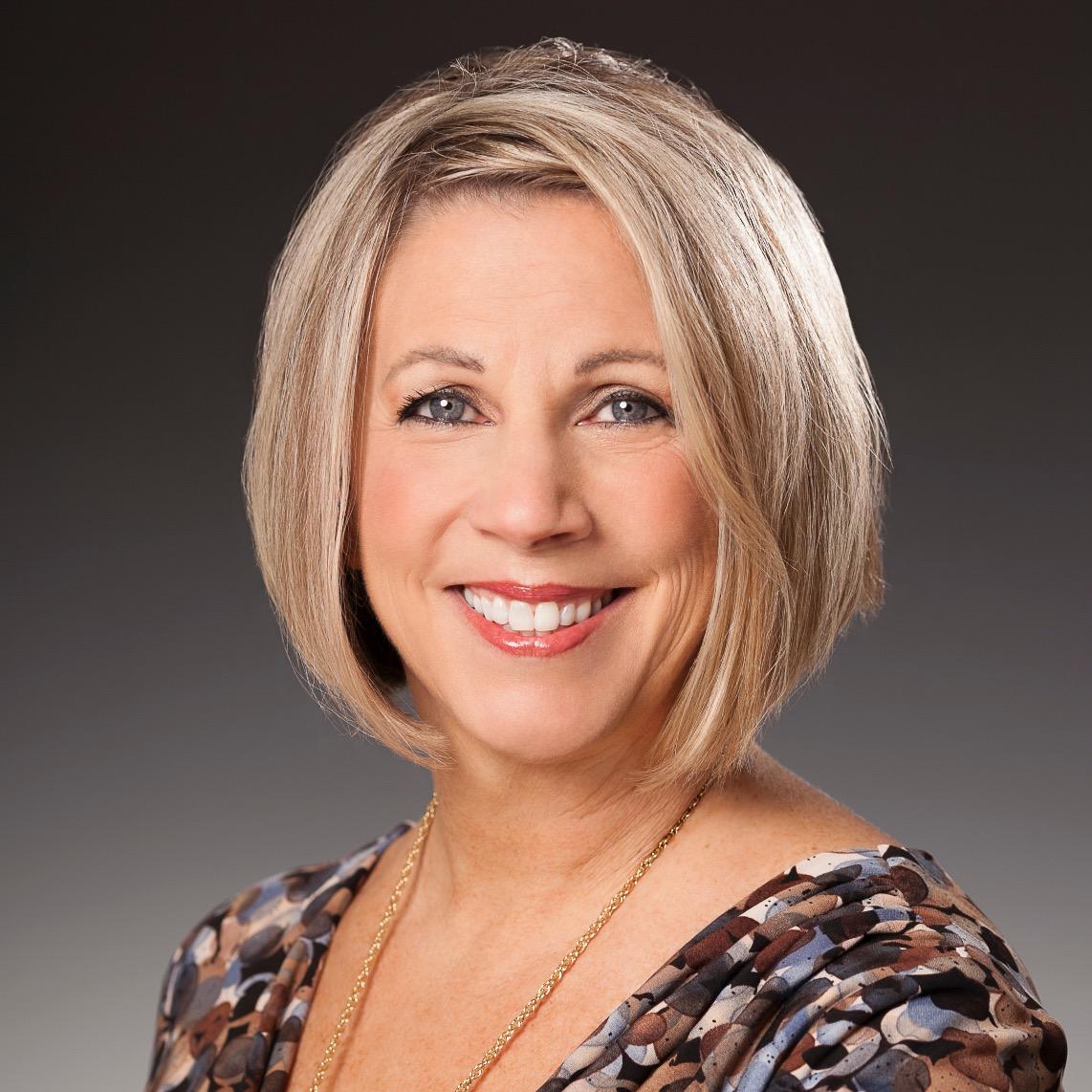 Following are a handful of reports that fall under the rubric “it’s about time!”  Every step towards sanity and self-preservation that emerges is welcome.  The good news is that we seem to be getting smarter for ourselves, and less worried about what the world will say.

“This week, the cabinet decided to establish an inter-ministerial task force charged with locating tourists who come to Israel to promote the boycott, divestment and sanctions movement and other forms of delegitimization. The decision comes after a considerable period in which various groups have sent radical members to Israel, disguised as tourists, to document ‘human rights violations’ and contribute to the anti-Israel campaign.”

I had written recently about a single instance in which such an “activist” was banned from entry into Israel, and had expressed the hope that that action might be signaling a new policy.

On Tuesday, five illegal Arab structures in the Hevron Hills region of Area C were demolished by the IDF.  Three of them were funded by the EU – you may be able to see the blue label of the EU in the picture. 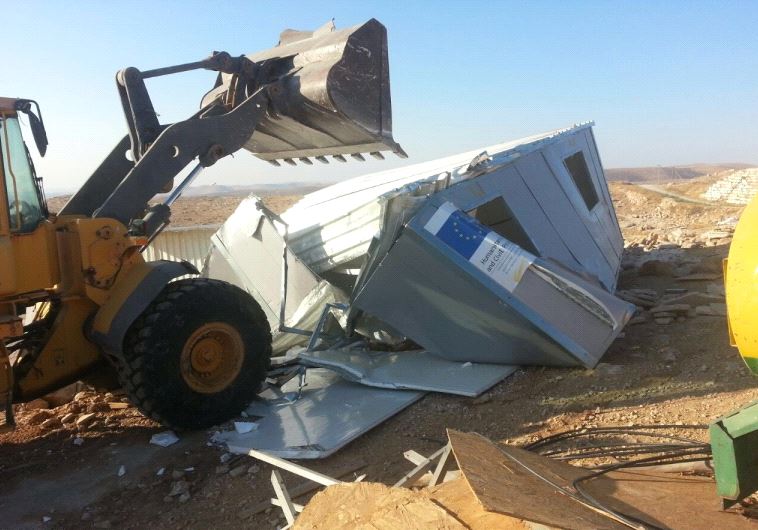 This is being celebrated as an important move by Israel – acting against this illegality, which is designed to weaken Israel’s control in Judea and Samaria.  And yes, I too celebrate it.  But understand that this – while perhaps having huge symbolic significance – is actually the merest drop in that proverbial bucket.  If you were to go out to the various areas where the EU-funded illegal building is taking place – in the E1 area outside of Maaleh Adumim, for example – you would be astounded at how much there is.

And so, while I celebrate, I hope to see a great deal more action on this front.  It all must be done with a deaf ear turned to the harsh criticism from the likes of the US State Department.

“The Ministry of Defense has issued tenders to several companies to build a concrete barrier extending several stories below ground to mitigate the threat of terror tunnels; the barriers will have sensors to detect digging, and will completely encircle Gaza…

Mazel tov!  Let the work begin, and may the barrier go deep enough to thoroughly do the job.

A screening process is going to be put in place in Israeli prisons that will prevent members of Hamas from making phone calls.  It was discovered that these terrorists were smuggling in phones and using them to plan attacks from inside the the prison.

Actually, Hamas is in the news quite a bit these days:

It has been revealed that Muhammad Halabi, who worked as manager of operations for World Vision in Gaza, was arrested in a joint Shin Bet-IDF-Israel Police operation at the Erez Crossing on June 15.  The Shin Bet, after thorough investigation, charges that he siphoned off to Hamas tens of millions of dollars of the charity’s money. World Vision is an international NGO located in the US.

Halabi, a long-time member of Hamas, was hand-picked in 2005 to infiltrate the organization and steal funds.  He was indicted in a Beersheva court on a number of charges this past week.

Halabi accomplished this by creating dummy projects, in which a good percentage of the funds allocated to it was actually turned over to Hamas.  In addition, the dummy projects allowed cover for Hamas in other ways.  For example, there was a greenhouse construction project that provided an opportunity to check out sites for tunnels.

The money taken went for the military use of Hamas; naturally some was diverted for the “personal needs” of Hamas leaders.

An incredibly complex scheme all in all.  World Vision is denying this would have been possible, but the Shin Bet has details, and Halabi has confessed.

Nor is this the end of the story:

Following another Shin Bet investigation, Israel has charged Wahid Abd Allah Borsh, an engineer in the UN Development Program, of funneling funds to Hamas as well.  He was arrested at the Erez crossing.  Borsh has also confessed, saying that in 2014, he was directed by Hamas to “focus on his work in the UNDP in a way that would allow Hamas to extract the greatest possible benefit from him.”

Deputy Foreign Minister Tzipi Hotovely has now said, “we must increase the oversight of the monies that flow to human rights organizations, which are repeatedly used to transfer money to terrorist groups.”

Avi Dichter, former head of the Shin Bet and now a Likud MK chairing the Knesset Foreign Affairs and Defense Committee, says that the world is “hideously naïve” about the diversion of charity funds to Hamas.  He charges that just about 100% of UN relief workers in Gaza are Hamas.

And another note on Hamas, in a different vein:

In June, Rami Hamdallah, prime minister of the Palestinian Authority, announced that municipal elections (for selection of local councils in Palestinian Arab cities, towns and villages) would take place in Palestinian Arab areas of Judea and Samaria (which they refer to as the West Bank) on October 8. 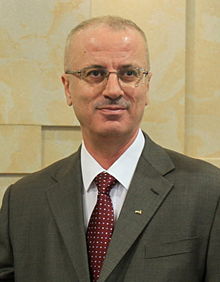 These elections will not affect anything beyond the local situation.  (Abbas was elected president for a four-year term that ran out in 2009, and which he extended for one more year.  There has been no presidential election since January 2005, and he’s not about to declare one now.)

However, the situation has now shifted, as Hamas has declared its intention to fully participate.

The dynamics of this situation bear watching.  Islamic Jihad has declared it will not participate in elections, as “resistance” is more effective.

In anticipation of those elections, Hamas has now put out a video showing how good things are in Gaza because of its work.  The signs people are holding express gratitude to Hamas.  Amazing:

Veteran journalist Pinchas Inbari says that the PA is crumbling. It has already lost control of some districts and stands to lose more.

“In Hebron, for instance, the large clans of Mount Hebron have linked up with each other, reestablished the Tribal Council of Mount Hebron, and sent a delegation to Amman to express loyalty to the king of Jordan under the Jordanian flag…

“Nablus, for its part, has gone into a tailspin of total anarchy. It is under the rule of gangs, with exchanges of gunfire in the heart of the city and attempts at political assassinations.

Mark this down as just one more reason – as if we need additional reasons – why the notion of Israel negotiating with the PA is idiocy.  It is a mark of the breakdown of reason and sanity in the Western world that this is still actively promoted.

“A European member of parliament is forming the first official caucus group that will support building homes in Judea and Samaria, and promote free trade with imports made and labeled from these areas in Israel.

“’I see Israel as a friend and also as an important ally of Europe, in defense and in the fight against terrorism and for this purpose and to promote these common values, I have decided to put together . . . a group of friends of Judea and Samaria,’ Petr Mach, a Czech Republic member of the European parliament said…”

Ending today with a report that reflects upon who we are, and we they are:

In the immediate aftermath to the horrendous attack that ended with the death of Rabbi Micki Mark and injury to members of his family, two Palestinian Arabs came to help.  One of them, a doctor, subsequently lost his job because he helped Jews.

Now members of the Hevron Regional Council are attempting to assist these Arabs by securing Israeli work permits for them.

”…it is reasonable that in instances like these we are obligated, as the Jewish people, to express our gratitude to the people who behave like human beings as is expected from them in these instances.

“Now, of all time, is the time to strengthen the positive elements and send a clear message that normal and positive conduct will be rewarded in kind,”