The Mandate for Palestine gave effect to the April 1920 decision of the victorious powers at the San Remo Conference in
favor of a Jewish homeland in Palestine.

Britain was assigned as Mandatory and the Mandate was unanimously approved by the League of Nations in July 1922. 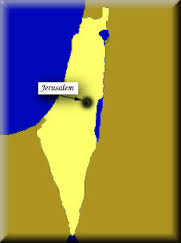 The Mandate drew upon the Balfour Declaration, affording recognition to “the historical connection of the Jewish people
with Palestine and to the grounds for reconstituting their national home in that country.” It called for “close settlement”
by Jews on the land and conferred upon Britain responsibility for “putting into effect” the terms of the Declaration.

The Mandate is an article of international law and has never been superseded.

See the text of the Mandate here: http://avalon.law.yale.edu/20th_century/palmanda.asp