There comes a time for putting aside worldly matters, as vastly significant as they seem these days.  A time for looking inward and for acknowledging the kingship of the Almighty.  That time approaches with Rosh Hashana, which begins Sunday at evening and lasts until Tuesday night. 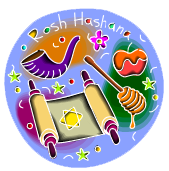 As we are judged, we must accept accountability for our behavior, pray for a good and sweet year to come, and acknowledge that our future is in the hands of Hashem.  The 100 blasts of the shofar that we hear each day serve to awaken us; they, too, are a cry to Heaven.

I look around at the state of the world, and then at our condition here in Israel, and I am in awe.  We are in a fiscally solid situation; our population is among the happiest, healthiest and most highly educated in the world; we are a world leader in hi-tech; we do astounding medical research; and we reach out to the world in a host of different ways to provide assistance.  All this while absorbing  millions of Jews, fighting several wars and coping with terrorism and attempts to delegitimize us.

There can be no explanation other than the fact that G-d’s Hand is in this and He is with us. It is that awareness that sustains me as I look at the world and consider the burdens we carry, the threats leveled at us and the radicalization of the Arab world about us.  This doesn’t mean we don’t have to try our best — this is expected of us. But G-d is with us.

I was delighted to find that the Latma video for Rosh Hashanah, produced by Carolyn Glick, offers this same perspective. And it is with pleasure that I share it here:

Then I want to share (thanks to Rebecca M.) another Rosh Hashanah video — this one from Nefesh B’Nefesh (soul by soul), which works with the Jewish Agency to facilitate aliyah from N. American and the UK.  I came 11 years ago, before Nefesh  B’Nefesh was established. But when I saw these people, with their tears of joy at arriving in Israel, I too cried, because this sense of having come home is so very strong in my own soul.

Maybe some of you will also shed a tear at this video and maybe some of you will be brought on aliyah by Nefesh B’Nefesh in this coming year.  There is no greater way to support Israel and few decisions that can bring deeper meaning to your life than to be part of the great historical venture that is Israel..

I do not expect that I will post again until after Rosh Hashanah.  I would like to resist the temptation to follow up on yesterday’s post, but will just say here that there is much yet not understood about that alleged film that reportedly stirred Muslim rage in Egypt and Libya.  There is no Sam Bacile — named by news reports as the director of that film — who is a citizen of Israel.  In fact, no one can find  Bacile in the US; certainly he is not known in the world of film-making.  Perhaps this is a pseudonym, perhaps he doesn’t exist. There is even a thought now that the film is a hoax, with nothing but the trailer in existence. One theory is that this whole thing was planned by al-Qaeda as 9/11 revenge for Obama’s boast about having taken out Bin Laden, with the film used as pretext.

There will be much to write about when I return to my computer.

Here I wish my readers a Shana Tova — a year of many blessings: health, love, spiritual growth,  professional achievements, and courage.