Tonight is the last presidential debate and two weeks from tomorrow comes the election.  Tensions are high and the sharing of credible information that impinges upon electoral choices becomes increasingly important.

This is from the Investigative Project on Terrorism, founded and headed by Steve Emerson — a most reliable and trustworthy source (emphasis added):

“A year-long investigation by the Investigative Project on Terrorism (IPT) has found that scores of known radical Islamists made hundreds of visits to the Obama White House, meeting with top administration officials.

“Court documents and other records have identified many of these visitors as belonging to groups serving as fronts for the Muslim Brotherhood, Hamas and other Islamic militant organizations.

“The IPT made the discovery combing through millions of White House visitor log entries. IPT compared the visitors’ names with lists of known radical Islamists. Among the visitors were officials representing groups which have:

[] Been designated by the Department of Justice as unindicted co-conspirators in terrorist trials; Extolled Islamic terrorist groups including Hamas and Hezbollah;

[] Obstructed terrorist investigations by instructing their followers not to cooperate with law enforcement;

[] Promoted the incendiary conspiratorial allegation that the United States is engaged in a “war against Islam”— a leading tool in recruiting Muslims to carry out acts of terror.

[] Repeatedly claimed that many of the Islamic terrorists convicted since 9-11 were framed by the U.S government as part of an anti-Muslim profiling campaign.”

“Despite the President’s public proclamations that he is standing strong against terrorism, the White House logs demonstrate that he has legitimized the very same groups that espouse radical Islamic terrorism.”

I, as undoubtedly many of you, are a bit weary of hearing about Benghazi, Libya, and what happened there that brought death to Ambassador Stevens and three other Americans.  Some of the rumors floating qualify as nothing more than that — undocumented rumor that cannot be given true credence.

But, because the issues are so important before the election, and because there is so much of concern that is being exposed with regard to Benghazi, I return to this issue one more time.

This is from Frank Gaffney Jr. of the Center for Security Policy, another highly credible source.  It echoes and enlarges upon certain themes regarding Obama administration involvement with armaments for jihadists that Barry Rubin has written about (emphasis added): 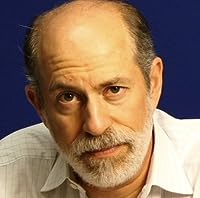 “Thanks to intrepid investigative reporting…and information developed by congressional investigators, the mystery is beginning to unravel with regard to what happened that night and the reason for the subsequent, clumsy official cover-up now known as ‘Benghazigate.’

“The evidence suggests that the Obama administration has not simply been engaging, legitimating, enriching and emboldening Islamists who have now taken over or are ascendant in much of the Middle East. Starting in March 2011, when American diplomat Christopher Stevens was designated the liaison to the ‘opposition’ in Libya, the Obama administration has been arming them, including jihadists like Abdelhakim Belhadj, the leader of the al Qaeda franchise known as the Libyan Islamic Fighting Group.

“…it seems [based on evidence provided in the article regarding movement of weapons] President Obama has been engaged in gun-walking on a massive scale.  The effect has been to equip America’s enemies to wage jihad not only against regimes it once claimed were our friends, but inevitably against us and our allies, as well. “

Please! see the entire article, because there is no way to do full justice to its arguments in summary.