Before beginning news about Israel, I want to take a moment to speak about the Canadian election.  Many of us in Israel are deeply saddened that Stephen Harper’s Conservative Party has lost, and that he will no longer sit as prime minister.  He is an extraordinary friend of Israel, and has retained his moral compass during a time when the world has gone made.

Here I am providing a link to a petition that just been drafted simply to say thank you to him.  If you feel inclined, please take the time to open it and add your name:

Today, mostly a quick overview of what is happening, good and bad.  I want to start with the encouraging signs, the actions either thwarted or undertaken:

The Acting Commissioner of Police, Bentzi Sau, has announced that hundreds from Arab neighborhoods in eastern Jerusalem are going to be arrested.  These are people suspected of having participated in riots, throwing of rocks and firebombs, etc.

Additionally, six teams of special investigators will be coming to Jerusalem to work with the Shin Bet and other security.

Already arrested: a major Hamas figure and founder of Hamas, Sheikh Hassan Yousef, in a security bust outside of Ramallah last night.  His son Mossab (pictured below) is the young man who called himself “son of Hamas” and served the Israelis as major source of information on Hamas.  You may remember him.

Prime Minister Netanyahu is moving to cut off funds sent to the Islamic Movement of Israel – funds from sources inside Israel and beyond. These include Muslim Brotherhood in Turkey and Egypt.  Without funds it will be difficult for the Movement to operate.

At the same time, work is being done to declare the Movement fully illegal.

A Bayit Yehudi bill is being advanced that would deny entry into the country of any non-Israeli who supports boycotts of Israel from entering the country via a visitor visa or residency permit.  It has already been approved by the Ministerial Committee for Legislation, and now heads for the Knesset.

Feels as if we’re beginning to stand up for ourselves more effectively.

“It cannot be that someone who is trying to harm the State of Israel can enter it freely,” said MK Yinon Magal, who introduced the bill.”

On the diplomatic front:

Kerry has rejected the notion of international observers on the Temple Mount.  A modest achievement, in having the US stand with us on this.  But I should add that the PA also came out against this plan, so perhaps he was standing with them (or just saw it as a non-starter).

He is planning on meeting in the next few days with Netanyahu (in Berlin), and Abbas and King Abdullah in Amman.

Kerry has some strange notion about getting the commitment about the status quo on the Temple Mount “in writing.”

If there is true good news in all of this, it’s that Netanyahu has said that when he meets with Kerry, there will be no concessions to the Palestinian Arabs.  This may seem to many of my readers to be the obvious position, the only one he could possibly take.  But the fact is that for a very long time that is not how it’s been played: America would tell our leaders, “Just give the Palestinian Arabs a ‘good will’ gesture to show your positive attitude.”  Netanyahu anticipated this.  But now? No way!

I hope and trust he will stick to this.

And this IS good news, showing not only that people stand with us sometimes, but perhaps that there is a modicum of fairness now and then.  It shows as well that the Palestinian Arabs have been overplaying their hand and may be losing ground (emphasis added):

”UNESCO Director-General Irina Bokova and the United States bashed as incitement to violence the draft text of a resolution which seeks to reclassify the Western Wall in Jerusalem — the most sacred public prayer site in Judaism — as a holy Muslim site.

”The US warned that the resolution threatened to alter the status quo of Holy sites, such as the Temple Mount, where the Western Wall is located.

“The United States strongly opposes this resolution and any such use of international agencies such as UNESCO to inflame tension in the region and alter the status quo at the Holy Sites,’ Edgar Vasquez, a State Department spokesperson, told The Jerusalem Post…

“Bokova ‘appeals to the UNESCO Executive Board to take decisions that do not further inflame tensions on the ground and that encourage respect for the sanctity of the Holy Sites.’”

The Palestinian Arabs think they have the international agencies all lined up to do their bidding, and it is turning out to not be so (and we may yet see this in other situations).  Screaming about the “status quo” on the Mount and then attempting to change it was not a brilliant idea.

So, we’ve had our “good news” for the day, but unfortunately, it is followed now by some ugly news: The terrorism has not abated.

Avraham Hasno of Kiryat Arba was driving at Al Fawar junction not far from Hevron when his car – with others – was pelted with rocks. He pulled over and got out of his car, at which point an Arab truck driver ran him over and kept going.  He died on the scene. 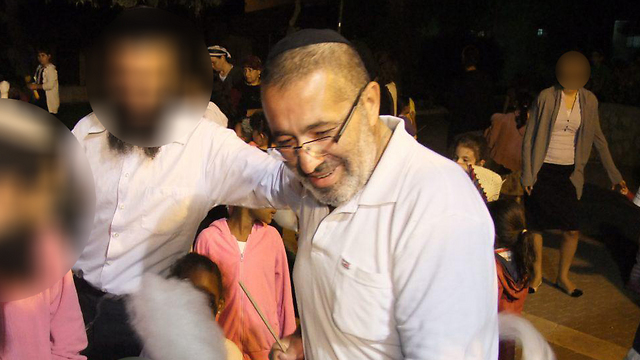 Gruesome enough, but it gets worse:

“The paramedic who treated Hasno at the scene revealed shortly after returning from the incident that he had witnessed a blood-chilling sight while performing resuscitation attempts for the victim, which eventually failed…

“Around the site where he was trying to save Hasno’s life, the shocked paramedic said dozens of Arabs were standing…and they clapped, celebrated and cheered as the victim lay critically wounded and dying on the pavement.

“The Arabs celebrated with ‘cruelty that is hard to describe among human beings.’”

A soldier patrolling in the Hevron Hills was attacked by a terrorist with a knife and lightly injured.  Other soldiers on the scene shot the terrorist dead.

A terrorist driving from the direction of Hevron ran into two people – a youth and a soldier – waiting at the Gush Etzion Junction; they were lightly wounded. When the terrorist emerged from his car with a knife in his hand, he was shot by soldiers on the scene.

Tonight in Hevron, two terrorists attacked two soldiers with knives. One soldier was wounded; the other soldier shot and killed the terrorists.

This happened adjacent to Beit Hashalom (Peace House), a building for which Jews who are resident had to conduct a long struggle before the High Court ruled that it has been legally purchased by them.

It seems entirely appropriate to end today with the Prayer for the Peace of the State of Israel, sung by the marvelous Chief Cantor of the IDF, Shai Abramson.  Complete with English translation and photos.