Alan Baker has a long and impressive list of credentials: He is an international lawyer; former Ambassador of Israel to Canada; member of the Levy Committee; Director, Institute for Contemporary Affairs, Jerusalem Center for Public Affairs; Director, International Action Division, The Legal Forum for Israel.

On November 8, Baker sent a letter to Kerry in response to Kerry’s statement about the settlements.

I reproduce it here in its entirety and urge you to share it widely.

After listening to you declare repeatedly over the past weeks that “Israel’s settlements are illegitimate”, I respectfully wish to state, unequivocally, that you are mistaken and ill advised, both in law and in fact.

Pursuant to the “Oslo Accords”, and specifically the Israel-Palestinian Interim Agreement (1995), the “issue of settlements” is one of subjects to be negotiated in the permanent status negotiations. President Bill Clinton on behalf of the US, is signatory as witness to that agreement, together with the leaders of the EU, Russia, Egypt, Jordan and Norway.

Your statements serve to not only to prejudge this negotiating issue, but also to undermine the integrity of that agreement, as well as the very negotiations that you so enthusiastically advocate.

Your determination that Israel’s settlements are illegitimate cannot be legally substantiated. The oft-quoted prohibition on transferring population into occupied territory (Art. 49 of the 4th Geneva Convention) was, according to the International Committee Red Cross’s own official commentary of that convention, drafted in 1949 to prevent the forced, mass transfer of populations carried out by the Nazis in the Second World War. It was never intended to apply to Israel’s settlement activity. Attempts by the international community to attribute this article to Israel emanate from clear partisan motives, with which you, and the US are now identifying.

The formal applicability of that convention to the disputed territories cannot be claimed since they were not occupied from a prior, legitimate sovereign power.

The territories cannot be defined as “Palestinian territories” or, as you yourself frequently state, as “Palestine”. No such entity exists, and the whole purpose of the permanent status negotiation is to determine, by agreement, the status of the territory, to which Israel has a legitimate claim, backed by international legal and historic rights. How can you presume to undermine this negotiation?

There is no requirement in any of the signed agreements between Israel and the Palestinians that Israel cease, or freeze settlement activity. The opposite is in fact the case. The above-noted 1995 interim agreement enables each party to plan, zone and build in the areas under its respective control.

Israel’s settlement policy neither prejudices the outcome of the negotiations nor does it involve displacement of local Palestinian residents from their private property.  Israel is indeed duly committed to negotiate the issue of settlements, and thus there is no room for any predetermination by you intended to prejudge the outcome of that negotiation.

By your repeating this ill-advised determination that Israel’s settlements are illegitimate, and by your threatening Israel with a “third Palestinian intifada” and international isolation and delegitimization, you are in fact buying into, and even fueling the Palestinian propaganda narrative, and exerting unfair pressure on Israel. This is equally the case with your insistence on a false and unrealistic time limit to the negotiation.

As such you are taking sides, thereby prejudicing your own personal credibility, as well as that of the US.

With a view to restoring your own and the US’s credibility, and to come with clean hands to the negotiation, you are respectfully requested to publicly and formally retract your determination as to the illegitimate nature of Israel’s settlements and to cease your pressure on Israel.

Former ambassador of Israel to Canada,

When Netanyahu made his statement about Iran and the very bad deal that was about to happen, he also addressed the issue of negotiations with the Palestinian Arabs:

He will never, he said, compromise on the security and national interests of Israel, no matter how much international pressure is brought to bear. This was a direct response to Kerry’s horrific statement about incitement, etc. if Israel did not do more for “peace.”

Wendy Sherman, an Undersecretary of State, was just here in Israel with a small delegation and has now left without achieving her goal of “reaching an understanding with Israel on Iran.”

Well, of course she wouldn’t be successful. Those days are gone. But we see that the US is trying to put a good face on matters.

One American official said the disagreement between the US and Israel was “merely tactical,” as both had the same goal of preventing Iran from going nuclear: “we absolutely agree on the objective.”

But that line doesn’t work any longer.

At one point, Kerry suggested that Netanyahu was off base because he didn’t even know the details of the proposed deal with Iran, to which Netanyahu responded that he is kept very well informed and most certainly did.

Kerry also says that criticism of the projected plan is premature, as what is being discussed is only a first stage, with a “reversible” relief in sanctions in place, to buy time for negotiations on a full deal to prevent Iran from going nuclear.

And so I want to most vigorously reiterate the fact that once this “interim” decrease in sanctions were put in place, it would be impossible to reverse this again.  As I’m reading it, from one expert after another, the entire sanctions program would disintegrate, with corporations lining up to do business with Iran and the economic pressure on the Iranians substantially decreased.

A senior Israel official quoted today said:  “There’s no doubt that if they sign now, Iran will turn into a threshold state and there won’t be any deal that could stop Iran from developing its nuclear plan.”  (Emphasis added)

I think those here in Israel who say that Obama was willing to accept any deal with Iran in order to avoid having to attack have it right.

The handwriting was on the wall once we saw how Obama handled Syria.  After preparing to hit Syria with a few cruse missiles as a response to Syria’s use of chemical weapons, Obama precipitously changed course and signed on to a Russian-initiated deal to remove weapons of mass destruction from Syria.  It is a very flawed deal, with Syria most certainly hiding some weaponry, increased Russian influence in the area, and the built-in necessity for Assad to stay in power because he knows where the weapons are.

Now we have Syria redux — or would if not for Netanyahu and then France.  What will happen in coming days remains to be seen.

What I’m learning is that – while Netanyahu certainly seems to have had an influence on France’s turn-around on the Iranian deal – there are multiple other factors that were likely in play:

Tsilla Hershco, a senior research associate at Bar-Ilan University’s Begin-Sadat Center for Strategic Studies, who specializes in France’s involvement in the Middle East conflict, points out that, “France has initiated strong sanctions against Iran. They define the Iranian nuclear program as the number one threat to world peace, so they themselves have an interest in this.” (Emphasis added)

Additionally, France – which, after the US, “has the highest number of diplomatic offices across the globe,” with the Middle East seen as “high priority” – is eager to play a larger role in world affairs.  The French, watching the waning US involvement in international affairs, see an opportunity to wield greater influence.

Then there is the fact that Saudi Arabia, which is fiercely opposed to a nuclear Iran, is a major economic partner of France. The Saudis – the foremost buyers of French arms – recently signed a $1.34 billion defense contract with France, and are heavily invested in French agriculture.

With all of this, we can consider that France also has major defense cooperation and trade relations with Israel.

Actually, this whole incident regarding Iran seems to have warmed relations between Israel and France.  This may be a silver lining — considering the grief that the EU brings us, improving our ties with a major EU nation can only serve us well.

French president Francois Hollande is due here for a visit next week.

Two weeks ago, he refused an invitation to speak to the Knesset plenum, raising the ire of Israeli leaders who felt they were being snubbed.

Yesterday, Hollande officially informed the office of the Speaker of the Knesset, Yuli Edelstein, that he had decided he would address the plenum.  Responded Edelstein:
“I am happy and proud that President Hollande has decided to speak to the people of Israel from the platform of the Knesset,” he said. “I believe the visit will be significant for both countries.”

I had written yesterday about Netanyahu’s options with regard to attacking Iran, and the difficulties that would be encountered if the P5 + 1 struck a deal with Iran, thus reducing Israel to the position of maverick warmonger.  I had suggested that Netanyahu – while preferring the opportunity to act under other circumstances – would still do what he had to.  I wrote that because of all I’ve learned about how important Netanyahu believes his mission is, to protect the people of Israel from Iranian attack.

Here you have an article in which several experts discuss this:

Maj. Gen. (res) Uzi Dayan, who was Eiland’s predecessor an national security advisor, thought that a deal, protested by Israel, would still allow some maneuverability: “The probability of the military option would be reduced, but not erased.”

And then we have Dore Gold, “a Netanyahu confidant, who traveled with him to New York and Washington in October,” Gold, who “stated that he did not wish to directly address the matter of military capabilities, nonetheless indicated that Israel would ultimately retain the right and ability to act. ‘Obviously, Israel is not signatory to any of these deals and the prime minister has said so,’…

“‘If Israel comes under threat from Iran after the deal, then certainly we will have to do what is necessary to protect ourselves.‘” (Emphasis added) 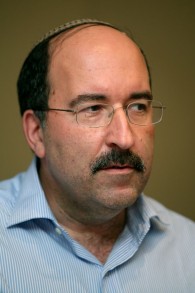 I think it’s not a coincidence that the expert quoted here who remains most convinced Israel would act even after a deal was signed is also a Netanyahu confident.  Understanding the prime minister’s thinking is key to assessing the situation.

And in closing, this:

There is only one way to avoid a nuclear Iran: to attack it • Any deal, bad or somewhat bad, won’t change that • The IDF has already proved it can do the impossible; it can also do the unthinkable…

“If we are left with no choice, we will defend ourselves. True, it is much more convenient being an armchair strategist. It is also much simpler to take the easy way out by stating that ‘the mission is impossible,’ or by trying to accuse Israel’s leaders of pointing an ‘unloaded gun.’ The U.S. has awesome power that could be used for an air campaign. But it has not shown any willingness to tap its resources. The U.S.’s order of battle dwarfs that of Israel; but the quality of Israel’s forces matches or even exceeds that of Uncle Sam’s.

“The capabilities exist; they have been drilled. It is just a matter of willingness, determination, leadership and above all — a deep conviction that the butcher’s knife is at our throats. We cannot trust anyone but ourselves.”

It is worth noting – I do not consider this irrelevant — that Israel Hayom is a staunchly pro-Netanyahu publication.