November 11 is the day that WWI stopped, 91 years ago.  In the US, this day — which was once Armistice Day — is now celebrated as Veterans Day, to honor soldiers who served in all American wars.  In light of what is going on at this time, honoring the fighting men who give of themselves to protect freedom could not be more appropriate. 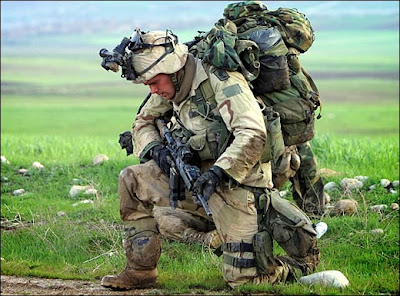 But here we sit, and there is the sense of going round, of spinning with the rumors and the game-playing.  Not being able to tell quite what is the truth of our situation or where we’ll end up.

One piece of information I received today — off the record — may be encouraging.  And while I cannot share the information, I can certainly pass on my tentative sense that it’s not all bad.

However, there is absolutely nothing optimistic about the declaration by Fatah Central Committee member Mohammad Dahlan that the PA may seek a resolution by the Security Council that would recognize the borders of a Palestinian state. I shared here just days ago the comment by former law professor Ruth Lapidot that there is no agency that recognizes nations, so whether the Palestinians could pull this off at all is debatable.

But at the end of the day, we must hope that Obama, committed to the negotiation process, would veto this as inappropriate.

Abbas — in a talk he gave at his Mukata headquarters in Ramallah in commemoration of the fifth anniversary of Arafat’s death — echoed Dahlan’s theme:

“A Palestinian state is a truth recognized by the world, and we are now leading a battle to have its border recognized.”

Sounds like this is the tactic they’ve settled on for now.

But even this is complicated.   Khaled Abu Toameh, in a piece today, reported that Al-Quds al-Arabi in London is saying that some members of Fatah are criticizing Fayyad’s plan for a state in two years, because they had not been consulted in advance.  So their power struggle might at some level undercut plans to advance their state. (Nothing new in that.)

Returning to Abbas and his talk at the Mukata:  Assuring the crowd that the Palestinian people will not give up, he declared that “our revolution is the most difficult and the longest revolution in history.”

He didn’t explain why the “revolution” continues, when the people could have had a state in 2000, and again in 2008.  His mentor, Arafat, turned down the first offer, and he, the second.

Instead, he delivered the inevitable accusations:

“Israel is violating international law. Israel is behaving like a country above law. The international community must force Israel to stop its violations and end its occupation of the Palestinian territories, including east Jerusalem.

“We gave peace a precious chance, but we see that Israel is continuing to steal land and ‘Judaize’ Jerusalem. This is in addition to excavation under al-Aksa mosque.”

“Judaizing Jerusalem”  One of my favorite of the accusations coming from the PA.  Is this not an oxymoron, as Jerusalem IS Jewish?

But with the oxymoron, came the libel — that blatant and ubiquitous lie — regarding excavations under the mosque.  They never quit.

Could this, just possibly, be enough to move Obama with regard to his position on Iran?

According to official Iranian media sources, last night, at a meeting of the Committee for Economic and Commercial Cooperation of the Organization of the Islamic Conference, Ahmadinejad placed a challenge before Obama.  It’s time, he said, for the American president to make good on his promise of “Change.”

“The support of both Israel and Iran can’t go hand in hand. No change is made unless great choices are made.

“We would welcome the changes, and wait for big and correct decisions to be made… We will clasp any hand that is extended sincerely toward us, but changes should be made in practice.”

Put plainly, Ahmadinejad was saying, “Obama, old buddy, it’s us or Israel, you can’t have both.”

Now, it’s something of an understatement to say that Obama has bent over backwards overlooking and justifying unacceptable behavior from Muslim nations.  But this sort of audacious challenge might be too much for even him.

The Security Council held a closed-door debate yesterday about implementation of resolution 1701, which brought our 2006 war in Lebanon to a close.  In the course of the discussion, according to one participant, the US accused Iran of violating a UN arms embargo by secretly sending weapons to Syria via the arms ship the Francop.

US deputy ambassador Alejandro Wolff told the council that the concealed arms shipment, “clearly manifested from Iran to Syria” — in violation of a March 2007 arms embargo — provides “unambiguous evidence of the destabilizing proliferation of arms in the region.”

Israel has released documents — such as a customs form from the Iranian Armed Forces — and photos to substantiate the fact that the origin of the arms cache was Iran and that its destination was Syria.

What I want to know is, now that the closed door session is over and the accusation has been made — what? Where do we see follow-through, penalties, restriction on Iranian activities, or plans for increased sanctions?

Where do we even see a public statement on this by the US?

I recommend Daniel Pipe’s comments on the events at Fort Hood.  Identifying himself as “a charter member of the jihad school of interpretation,” which “perceives Hasan’s attack as one of many Muslim efforts to vanquish infidels and impose Islamic law,” he rejects other explanations of Hasan’s actions as “weak, obfuscatory, and apologetic.”

What makes his piece stand out is that he lists a number of other jihadist attacks and the lame explanations that were offered with regard to them. For example: “His recent, arranged marriage may have made him stressed” (killing with an SUV in northern California).

“If the jihad explanation is overwhelmingly more persuasive than the victim one, it’s also far more awkward to articulate. Everyone finds blaming road rage, Accutane, or an arranged marriage easier than discussing Islamic doctrines. And so, a prediction: what Ralph Peters calls the army’s ‘unforgivable political correctness’ will officially ascribe Hasan’s assault to his victimization and will leave jihad unmentioned.

“And thus will the army blind itself and not prepare for its next jihadi attack.”

Pipes is director of the Middle East Forum.

“Wing of Love” is a wild life park situated in Kibbutz Kfar Menahem in central Israel.  But it’s a very special park, with a unique mission.  Fourteen to 18 year olds with police records live on the premises, and work there, on court order. In the main, they assist with the rehabilitation of protected species of fowl and assist with park maintenance. The goal is for the boys to bond with the animals and each other, in an atmosphere of hope.

Michele Klein, spokeswoman of the park, explained the park’s philosophy to ISRAEL21c:

“The boys are under our wing – one wing – because they are also supposed to develop their own wing…they are participating in the process that will allow them to fly the rest of the way on two wings. And this place is meant to be a garden of love for people and animals…”

Volunteers from a variety of fields — from air force cadets to persons in hi-tech — work with the boys, providing them with contacts they would not otherwise have.

When there is heart disease, blood vessels around the heart either become clogged or die. Now Israeli researchers — Dr. Britta Hardy and Prof. Alexander Battler of Tel Aviv University — have developed a protein that can be injected straight into the muscles of the body to stimulate regrowth of tiny blood vessels in just weeks.

“The biotechnology behind our human-based protein therapy is very complicated, but the goal is simple and the solution is straightforward,” says Hardy. “We intend to inject our drug locally to heal any oxygen-starved tissue.”

Where damaged vessels around the heart are concerned, the hope is to reduce the need for by-pass surgery. But this work was begun in an effort to prevent limb amputation.