It doesn’t end; the insults to Israel, the attempts to delegitimize Israel, the lies about Israel.

According to the Country Ratings Poll of the BBC World Service, which was just released, the percentage of people in various nations polled that has a negative view of Israel has increased.   More than 24,000 people were polled in 22 countries.  In EU countries — particularly Germany, Spain, Great Britain and France — negative rating are very high.

Is the world totally daft?  The negative ratings for Israel are similar to those for Pakistan and North Korea.

The only exceptions to this trend are the US, Nigeria and Kenya, where the percentage viewing Israel as positive has increased.

These ratings have much less to do with reality than with perceptions, which are influenced by deliberate campaigns of delegitimization.  Michael Oren, Israeli Ambassador to the US, wrote about this in the Wall Street Journal recently.

And, I must add, by anti-Semitism, which has become more politically correct these days.  It is, of course, no accident that Europe, which views Israel negatively, also has a strong tradition of anti-Semitism.

I especially like the hard-nosed and optimistic take on this offered by Ambassador (ret.) Yoram Ettinger, who frequently comments on the political scene. 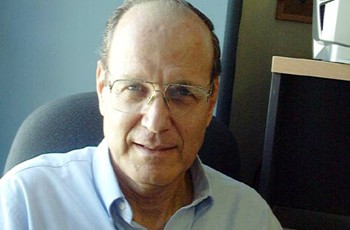 His position here is different from what many are saying (all emphasis added):
“World opinion should not deter Israel from enhancing Jewish roots and national security, expanding the Jewish presence in Jerusalem, Judea, Samaria and the Golan Heights, and pre-empting Palestinian and Hezbollah terrorism.

“Adverse world opinion and global pressure have always been an integral part of the Jewish people and the Jewish state. The aim of this global campaign has been to eliminate the unique national, religious, cultural and territorial features of the Jewish people, including Jewish sovereignty over the land of Israel.

“…going against the grain has been a prerequisite for game-changing human endeavors in general, and Jewish initiatives in particular.

“Going against the grain has been a Jewish trait since the introduction of Abraham’s monotheism. Moreover, a defiant Jewish people has preserved and advanced the Jewish vision and strategic Jewish goals – while contributing uniquely to humanity – in the face of devastation, decimation, exiles, pogroms, expulsions, public burning, discrimination, forceful conversion and the Holocaust. If they had allowed themselves to be intimidated by world opinion, the Jewish people would have been doomed to oblivion. “

A very specific sort of outrage is found with regard to this:

In 1972, at the Olympic Games in Munich, Arab terrorists made their way into Olympic village, where participants stayed, and massacred 11 Israeli athletes and their coaches. 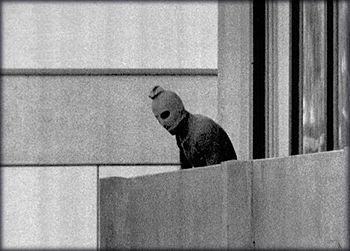 The games went on…

This year, prior to the Olympic Games scheduled to take place in London, Israeli Deputy Foreign Minister Danny Ayalon, acting on behalf of two widows of the murdered athletes, sent a letter to International Olympic Committee President, Jacques Rogge requesting one minute of silence at the games in memory of these athletes.

Rogge has refused.  Forty years after the fact, one minute is still too much.  And I have no doubt that it’s too much because we’re talking about Israelis.

Ayalon’s response:
“Unfortunately, this response is unacceptable as it rejects the central principles of global fraternity on which the Olympic ideal is supposed to rest. The terrorist murders of the Israeli athletes were not just an attack on people because of their nationality and religion; it was an attack on the Olympic Games and the international community. Thus it is necessary for the Olympic Games as a whole to commemorate this event in the open rather than only in a side event.

“This rejection told us as Israelis that this tragedy is yours alone and not a tragedy within the family of nations. This is a very disappointing approach and we hope that this decision will be overturned so the international community as one can remember, reflect and learn the appropriate lesson from this dark stain on Olympic history.”

The Foreign Ministry intends to mount a campaign in an attempt to secure a reversal of this decision.

And speaking of the Olympics, Jibril Rajoub, former head of Palestinian Preventative Security Service in the West Bank, and now chair of the Palestinian Football (that is, soccer) Association, has called for Israel to be expelled from all international Olympic Committees until it “honors its international agreements.”

They don’t let up, do they?  No matter how outrageous, they give it a shot.  And if a particular gambit doesn’t work? It still reinforces in peoples’ minds the “fact” that Israel is a renegade state.

As to Israel as “negative,” the world pays no attention to news such as this:

Scientists at Hebrew University in Jerusalem have developed a device that allows blind people to “see,” by converting pictures taken by a camera into “soundscapes,” that the user can interpret.

How many people who see Israel as “negative” will benefit from this and dozens of other medical advances coming out of Israel?

Shabbat is coming, and so I end with a story that can bring a laugh:

This lovely looking bird, Merops Apiaster, is commonly known as the European Bee-Eater.  A farmer in Turkey found one of these birds dead recently. When he examined it, he saw that it bore a metal band on its leg that said “Israel.”  Not only that, its nostrils were unusually large, suggesting that there was a device implanted in the bird for espionage purposes.

Could I make this up?

The bird has been turned over to Turkey’s security services, which are apparently not aware of the practice of banding migrating birds (of which Israel is temporary home to millions).

More evidence that the world is crazy, and that when it comes to Israel they’ll believe anything.