My information, as I write, is that the committee appointed by the prime minister to solve the problem of Ulpana has met twice now — on Friday and today — but that there is not yet resolution.  The issues are said to be “complex” and they will be meeting again.  I don’t have great expectations, but there is still some modicum of hope.

In the meantime, The Legal Forum for the Land of Israel has joined with two residents of Ulpana, and today filed an appeal with the High Court requesting a delay on the demolition of five houses in this community.

It argues, first, that the Court has violated Basic Law, which protects human dignity.

Then it states that the High Court acted unreasonably in ordering the demolition of the homes before a lower court has ruled on a lawsuit regarding ownership of the land.  People in Beit El (where Ulpana is located) have said, I will add, that they have submitted information regarding the ownership of this land that has not yet been examined.

I am “just” a layperson.  But to me the argument regarding the necessity to first legally determine the ownership of the land is such irrefutably basic logic that anything else is unthinkable.  And yet… here we are.

Lastly, the petition to the High Court notes that the expulsion order was issued with no discussion regarding compensation that would allow the families to purchase different homes.

No one can predict how the Court will respond to this.  A representative of the Legal Forum pointed out to me today that this was an unusual petition, because it challenges the ruling of the Court itself.

For those of you who want a more serious look at this contentious and problematic issue, I share the Israelnationalnews link to a translation from Makor Rishon on the question of whether the law demands the demolition of these houses. According to the article:

“In actual fact, the courts never ruled that the law requires destroying the five Ulpana hill buildings in Beit El.

“The court never ruled that they are on private land, and that the claimants are the owners of that land.

“The court never discussed the above three questions. It [the court] asked the government what its position on the matter is, what it recommends, and the legal department answered that its position is that it is private land and that the government’s policy concerning land on which Jews have settled is as follows: if construction is on government land, it must be legalized and if construction is on private land, it must be removed. The courts made decision in accordance with that government policy. (Emphasis added)

“Is the government’s policy mandated by law? Does the law demand that the houses be destroyed?”

Professor of Law Shalom Lerner has written a detailed letter to the prime minister explaining why the answer to both of these questions is negative.  His thinking is outlined in this article.  Of particular note is the “good faith principle,” which certainly applies in this instance.

Bravo to her.  This is something else that seems imminently logical and fair to me, and which would solve a host of problems.  It is past-due.

But it was shot down in the Ministerial Committee for Legislative Affairs after the committee understood that Netanyahu was opposed.  According to Times of Israel, Minister Benny Begin (Likud) said, “This bill is an unrealistic display, and for such displays we pay a heavy price in the international arena.”

So it didn’t pass this time, but at least we know someone has his head screwed on right.  Bravo to him as well.

Let’s turn now to the on-going issue of the hunger strike by the Palestinian Arab prisoners, which is every bit as maddening as the above.

I learned with great bewilderment last night that the Egyptian government is doing negotiations with Israel regarding these prisoners. Egypt? Why have we sought/permitted their involvement?

Again: We’re dealing with people who have killed or attempted to kill innocent Jews and were convicted of their crimes, and others — some smaller number — directly associated with terrorists in such a way that Israel deems them to be an immediate threat but is unable to prosecute in open court because of the sensitivity of intelligence and the need to protect sources.  In these latter cases the courts have approved administrative detention for them.

I then called a source who has multiple Arab contacts.  What he told me is that it is the intention of Israel to involve the Egyptian government in this because it is desirable to provide prestige to the ruling military — The Supreme Council of the Armed Forces (SCAF) —  as it battles with radicals for control of Egypt.  Interesting…. And, I would imagine, this promotes good will on the part of SCAF as well — we need them for such matters as combating terrorism in the Sinai .

The Arabs are using this burgeoning prison unrest to the maximum.  The prisoners themselves are threatening to riot, while the radical Islamic Movement in Israel has promoted massive rallies in support of the prisoners.  And according to one report, PA president Abbas has appealed to Secretary of State Clinton to intervene and secure the prisoners their demands.  Shall I title him king of chutzpah (moxy, gall)?  I don’t know how Hillary responded.

My own sentiments are pretty much in line with those of a friend who expressed the desire to form (I am paraphrasing here) “a committee to permit the Palestinian Arab prisoners to starve to death if they wish.”

But this, of course, will not happen.  At a bare minimum, those in severe condition — there are at present six in dire shape — will be hospitalized and put on IVs.  Every effort will be made to keep them alive.  One prisoner who is not eating described the situation succinctly: We win either way — either they give us what we demand or we die and become martyrs.

For the record: There are 1,600 said to be on that hunger strike, of the 4,600 Palestinian Arabs in our prisons.

So, the question — painfully — is how much the Israeli Prison Authority will cave here for the sake of quiet and avoiding bad international PR.  We don’t want “martyrs.”

Some things have already been conceded.  Some others will be. Hamas’s Haniyeh in Gaza said yesterday that “there is an important development on the issue of prisoner demands.”

Some background on this:  Israeli authorities were, from my perspective, for too generous in allocations to the Palestinian prisoners for a long time.  Apparently at least some of the perks that were permitted the prisoners came as the result of prior prisoner strikes and prior negotiations.

When tensions grew over Gilad Shalit, who was not even permitted a visit by the Red Cross, as mandated by international law, authorities here decided it was time to cut back on what Palestinian Arabs were provided in Israeli prisoners.  To the thinking of many of us, this was a case of Israeli authorities finally coming to their senses.  Higher education/conjugal rights for these killers?

But the prisoners are now saying that they had a deal with the authorities.  And, OK, perks were cut when things were bad for Shalit. But he’s out now, and it’s time to reinstate those perks.

This reminds me of a spoiled child who gets her way when she has a tantrum.  It’s even more difficult for parents to say no once a precedent has been set.

I don’t think I’m going to like how this is likely to end.

Please see an NGO-Monitor statement on the way some ostensible “human rights” NGOs are handling the prisoner hunger strike:

“A hunger strike by Palestinians convicted of murdering dozens of Israeli civilians in suicide bombings and other attacks, as well as a few prisoners held in Israeli administrative detention for suspected terrorist activity, is being publicized by a number of political advocacy NGOs.

“As in the past, NGOs claiming to promote human rights are promoting a one-sided image in which the Palestinians are automatically being portrayed as victims, removing the context of violent attacks that deliberately target Israeli civilians.” (Emphasis added)

This is important information to have, should you see publicity by these NGOs.

Yitzhak Molcho, who serves as an envoy for Netanyahu, met last night with Abbas in Ramallah.  He carried to the PA president a letter that was a response from our prime minister to a letter that Abbas had sent him last month. 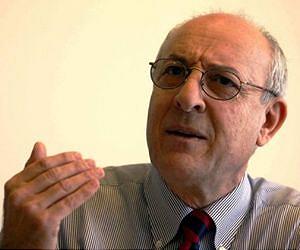 The contents of the letter were not released. Scuttlebutt has it, however, that it offers to begin negotiations with no preconditions, and little beyond this.

The Palestinian Arabs are already saying that they don’t expect anything to come of this, and don’t believe that the new coalition will change the essential situation.

The PLO Executive Committee has examined the letter.  Committee member Hanan Ashwari then put out a statement to Reuters indicating that, “The content of [Netanyahu’s] letter did not represent grounds for returning to negotiations.”

“Abbas said that the Palestinian side is committed to peace based on the two-state solution and the establishment of an independent Palestinian state within 1967 borders with East Jerusalem as its capital.

“He stressed that the Palestinian leadership will resume negotiations with Israel if it approves the principle of the two-state solution and halts all settlement activities in the Palestinian Territory, including East Jerusalem.”

Entirely predictable.  Round and round we go…