First, an update for little Zakkai from his parents:

“After an agonizing few days (on top of the 6 agonizing weeks since this nightmare started), we have made a decision to have Zakkai undergo surgery at Children’s Hospital Boston.  The surgery is scheduled for this coming Wednesday, April 4.  We will be heading to Boston on Tuesday, April 3, since he has to undergo pre-op testing in order to be cleared for surgery.

“Given this week’s MRI images, the top priority is to clear his spinal canal from tumor (to prevent paralysis) because that is where the tumor is rearing its ugly head.  As of this writing, it is unclear whether the surgeons plan to also remove the tumor that’s in the chest cavity, since that piece does not appear to have grown (pending confirmation from the NIH).  We are anxiously awaiting their recommendation due to the different implications either way.  In the end, we feel very confident that we are in great hands.”

It’s a very ugly handwriting we see on the wall in France.  Since the attack at the Toulouse school, anti-Semitic incidents in France have increased, not diminished.  Anti-Semites apparently see the attack as “inspiration,” or legitimization.

One 12-year old boy near the school where the murders occurred was attacked and lightly injured. His attackers called him “dirty Jew.”  The school itself has received a spate of anti-Semitic messages via e-mail and phone calls.

I sat at the Shabbat dinner table last night with a well-known academic expert on European anti-Semitism.  Perhaps, I said, France was waking up a bit — after all President Sarkozy has now refused to allow certain radical imams into the country.  He scoffed, saying this action was purely political, and that it would take something in the nature of an atomic bomb to wake them up to a situation they really don’t want to deal with seriously.

The handwriting on the wall with regard to the US president’s position vis-a-vis Israel seems pretty ugly as well.  He made his  much-publicized statement in his AIPAC speech that Israel has a right to defend itself. Since then, he and his administration have been doing everything possible to make sure it’s difficult for Israel to act in self-defense.

The latest in a series of leaks from the US is about access that Israel has allegedly acquired to airbases in Azerbaijan, at Iran’s northern border.

The story — http://www.foreignpolicy.com/articles/2012/03/28/israel_s_secret_staging_ground — broke in a piece by Mark Perry in Foreign Policy Magazine that cites unnamed senior US diplomats and military intelligence officials.

There is speculation is that Israel would not launch an attack from these bases but use them for recovery/refueling.  Nonetheless, the US is uneasy about anything that makes an Israeli attack on Iran more logistically feasible.

And “Did US just torpedo Israeli deal for a base in Azerbaijan?”: http://www.csmonitor.com/USA/Foreign-Policy/2012/0329/Attacking-Iran-Did-US-just-torpedo-Israeli-deal-for-a-base-in-Azerbaijan

Azerbaijan, of course, denies everything.  As does the Obama administration.

John Bolton, former US Ambassador to the UN, however, has made the news with furious charges against Obama:

“I think the Obama administration has long believed that an Israeli attack was worse than an Iranian nuclear weapon.  The president says that containment and deterrence of Iran is not his policy, and I think today that’s true. But it’s his plan B, it’s his backup plan when his current efforts at sanctions fail, diplomacy fails, and Iran gets nuclear weapons.

“And I think the pressure the administration has put on Israel has been just merciless behind the scenes.

“So the Obama administration has torqued it up a notch, and now they’re going to reveal very sensitive, very important information…”

Speaking of US policy, please see this video of a press conference by State Department spokeswoman Victoria Nuland with regard to Jerusalem as part of Israel:

This flap had its beginning earlier last week with a State Department press release that read: “Acting Under Secretary  Kathleen Stephens Travels to Algeria, Qatar, Jordan, Jerusalem, and Israel.”  As if Jerusalem were not part of Israel.  When objections were registered, it was changed to a more ambiguous: “Acting Under Secretary Kathleen Stephens Travels to Algiers, Doha, Amman, Jerusalem, and Tel Aviv,” thereby skirting the issue.

For the record: It’s written into US law that Jerusalem is the capital of Israel.  There is legislation on the books calling on the president to move the US embassy to Jerusalem, a call that is premised on the fact that Jerusalem is recognized as Israel’s capital.  (No US president has ever opted to do so, however; there is a clause in the legislation allowing for presidential discretion on the matter with regard to conduct of foreign affairs.)

Caroline Glick, ( http://www.carolineglick.com/ ), in her latest piece, “The State Department’s Jerusalem Syndrome,” addresses this issue. She reports that the US consulate building in Jerusalem has been moved from its old locale in eastern Jerusalem to the western Jerusalem neighborhood of Arnona, on the plot of land that had been designated for the embassy.

This, she says, is an “unvarnished act of aggression against Israel and Congress.”

A fizzle.  The “March to Jerusalem” yesterday that was envisioned as promoting a major risk at our borders. The interesting fact was that various governments declined to permit movement of crowds to Israel’s borders.  The Lebanese army, for example, kept people who were participating at a rally north of the Litani River, and even Hamas acted to keep people back.  Seems to me this says something about Israeli deterrence and reluctance to start up at a time of turmoil, as in Syria.

There was unrest and some violence — tire-burning, rock throwing, etc. — most significantly in Kalandya, often a flashpoint, in Samaria north of Jerusalem.  And there were some Arab injuries, but nothing major that I’ve heard about.  Non-lethal techniques were utilized in crowd-control. 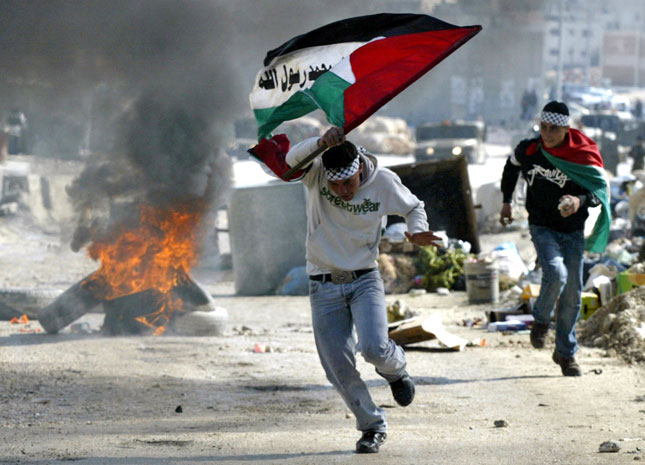 Couldn’t have happened to a nicer person:  Tzipi Livni has decisively lost the primary race in the Kadima party to Shaul Mofaz, one-time IDF Chief of Staff.

While I am not terribly enamored of Mofaz, who is now officially head of the opposition, Livni so thoroughly irked and irritated me that I was delighted to see her go.  She’s the one who touted Resolution 1701 in Lebanon — which, ludicrously, gave UN forces authority for keeping Hezbollah away from our border — as a great diplomatic victory, and who once explained that we must give away half of our country so the world will be happy with us.  She is retiring from politics, thank Heaven.