This past Shabbat, the Shabbat before Purim, was Shabbat Zahor, which means “remember.”

Everyone is obligated to come to synagogue to hear the Torah reading, which ends with Devarim (Deuteronomy) 25:17-19:

“You shall remember what Amalek did to you. How he happened upon you on the way and cut off all the stragglers at your rear, when you were faint and weary, and he did not fear God.

“…you shall obliterate the remembrance of Amalek from beneath the heavens. You shall not forget!” 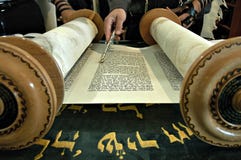 Obliterate the remembrance? But not forget?

We are taught that Amalek – the Amalekites – were to be destroyed. But we are to remember always what our enemies are capable of and guard against them.

The Amalekites are no more.  But their prototypes – those of consummate evil, intent on destroying us – exist in every generation.  We are well aware of this.

At Pesach we read:

“In every generation they rise up against us to destroy us but the Holy One Blessed Be He saves us from their hands.”

This then, is the good news: in spite of Iran and ISIS and Hamas and Fatah, we will not be destroyed.  We have not forgotten. We never will.

One who truly never forgot was Meir Dagan, who succumbed to his battle with cancer last Thursday, at age 71.

Dagan throughout his life remembered that his grandfather was murdered in the Holocaust, and lived with determination that there would never be another Holocaust.  To that end, he fiercely devoted his life to defending Israel and fighting terror:

As an officer in the Paratroopers Brigade in the Six-Day War. he fought in battles in the Sinai, and, then – flown north with his troops by helicopter – took part in the capture of the Golan.  Subsequently, Ariel Sharon, who was at that time GOC Southern Command, assigned to Dagan the task of creating the top secret anti-terrorist Rimon unit, which operated daringly, under cover.  During his service in that unit, he injured both legs when his jeep ran over a mine; but also won the Medal of Courage when he jumped on a terrorist about to toss a grenade at the Gaza patrol unit he headed.

In 2002, then Prime Minister Sharon appointed Dagan as head of the Mossad.  In his office Dagan had a picture of his grandfather, wrapped in his tallit (prayer shawl), kneeling before the Nazis just before they shot him.

Dagan served in this role for eight years, focused primarily on the threat of Iran and terrorism outside of Israel. While, of course, no acknowledgement of these deeds is ever forthcoming, he has been credited with many stunning successes during his Mossad tenure, such as the assassination of Hezbollah’s military chief, Imad Mughniyeh and the sabotaging of Iranian nuclear development.

At his funeral, he was eulogized by President Rivlin, who said: “Meir was one of the greatest of the brave, creative and devout warriors that the Jewish people ever had. His devotion to the State of Israel was absolute.”

While Prime Minister Netanyahu said, “I was always impressed by his love of the State, and his Zionist patriotism…A great warrior has died.”

Former President Peres credited him with making the Mossad, “the best organization in the world.”

New Mossad head, Yossi Cohen, explained: “Meir taught us, the people of the Mossad, to combine daring with cunning, bravery with ruses, to take big chances and to act at the same time with responsibility and sound judgment. He taught us one important thing in particular: to act with optimism and self-confidence.”  (All emphasis added) 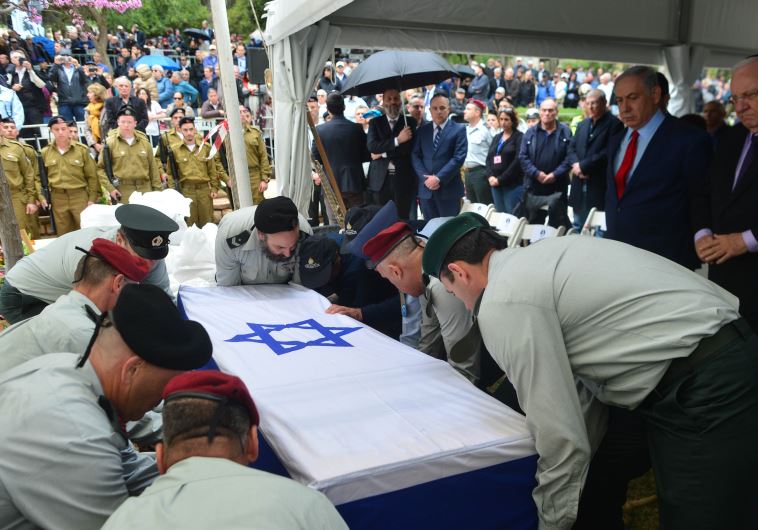 With head held high, I want to share a special video about Israel, with thanks to those who shared it with me.  In turn, please pass it along to others.  Make it go viral  This is how you can help:

A suicide bomber blew himself up in Istanbul on Saturday – in an area of consulates, shops and restaurants much frequented by tourists – killing five people and wounding 36 others.  Among those killed were three Israelis, while 10 Israelis were among those wounded.

At the time Netanyahu declared that there was no indication that Israelis were specifically targeted.

That assessment seems to have been reversed now:

“According the latest Turkish reports, the terrorist…had waited outside the restaurant where the group of Israelis had dined on Saturday morning, detonating himself moments after they exited the establishment, in very close proximity to them.

“Turkey’s Haberturk newspaper said police had been examining closed-circuit TV footage from the scene, which appeared to corroborate the report that the suicide bomber had followed the group of Israeli tourists for several kilometers from their hotel and then waited outside the restaurant where they ate breakfast.

“The report, which also appeared on the Turkish T24 website, suggested that the suicide bomber recognized that the Israelis were speaking Hebrew and that is why he decided to target them.”  (All emphasis added)

The terrorist has been identified as Mehmet Ozturk, a member of the Islamic State from the city of Gaziantep, near the Syrian border. Several other persons have been arrested in connection with the attack and according to Turkish papers, there are three Islamic State members planning additional suicide attacks.

I will add that, as of today, Netanyahu is still saying that it is not certain the the Israelis were targeted and that Israeli intelligence is investigating this possibility.

Those Israelis who were lightly wounded were brought back to Israel on a Magen David Adom plane Saturday night.  An IAF plane brought home the more seriously wounded, and those who were killed on Sunday.  The dead have been identified as:

The spouses of all three were among the wounded. Shor was in Turkey with his wife celebrating his birthday.

Shor and Goldman also had US citizenship

Turkish President Recep Tayyip Erdogan sent a letter to President Rivlin expressing “deepest condolences” to the Israeli people and to the families of those who were killed in Istanbul.  He was, he wrote, “very sorry” to learn that Israelis were involved.

It is too soon to call yet, but there is speculation that the cooperation that was necessary between Turkish and Israeli officials as a result of the attack, and a sense of working together against terrorism, may serve to repair the ruptured relationship between the two nations.

Ruthie Blum, who has been putting out some great stuff, has an article in yesterday’s JPost,  “Israel and the UN-PA complicity.”:

In it, she writes about the statement by UN Secretary General Ban Ki Moon regarding the imperative to “strengthen Palestinian institutions, economic and security prospects.”

Responds Blum, “So many billions of dollars, euros and shekels have been spent on this endeavor that everyone has lost count by now. Yet nothing has changed other than the methods employed by Arafat’s successor, PA President (sic) Mahmoud Abbas to remain at the helm, while working towards the destruction of the Jewish state through a war of attrition in the street and international arenas.”  (Emphasis added)

Please see her article in full for examples of how the PA functions, as provided by a new MEMRI report on “Incitement to Terrorism by Palestinian Civil Society Organizations that Receive Foreign Funding.”  Among the organizations named are the Palestinian Bar Association, the Popular Art Centre, and the Shabab Al-Balad Youth Forum.

This is critical information that most Americans are oblivious to.

I read a news report the other day that said that the PA insists it has never permitted IDF operations in Area A and has declared it never will.

This is a joke – an attempt by the PA to appear independent – when in fact the IDF does security operations inside of Area A on a daily basis.

“For Abbas, security coordination with Israel is indeed ‘sacred’: it keeps him in power and stops Hamas from taking over the West Bank.

“Abbas cannot tell his people that security coordination with Israel is keeping him on the throne. That is a topic for Israeli ears only.

“Halting security coordination with Israel would spell both his end and that of the PA in the West Bank. The international community is simply hearing a new version of the old bid for yet more political concessions and yet more cash.”

This brings us full circle, does it not, to Ban’s call for more support for the PA?

My friends, I wish I did not have to share this, but I believe I must. It is a brief video clip of anti-Israel demonstrators outside the AIPAC convention, vilely cursing at, pursuing, and beating up Jewish members of AIPAC attempting to enter the premises.

I wept as I watched this, and if you love America, you will weep too.

Tomorrow is Tanit Esther – the Fast of Esther.  It is a fast day that precedes Purim, celebrated on Thursday (except for Shushan Purim, on Friday, celebrated by Jerusalem, which was a walled city).

On Purim we rejoice over the defeat of Haman – who was indeed an Amalakite and planned to destroy the Jews of the ancient Persian empire: We hear the story in the Megillat Esther, the Scroll of Esther. We give money to the poor, share gifts of food with friends, dress in costumes, and sit together for a festive meal.

In fact, we are called on to be happy.  And so I wish all who will be celebrating, a Purim Sameach.  It takes strength and courage, strong belief in who we are, and, most of all, emunah, faith, to celebrate today.

There are no “great” Purim songs. Most of the traditional ones are kiddie songs. Thus I’ve decided to end with the Maccabeats doing a (non-traditional) Purim song.  The silliness of it fits the mood of the day.  “Queen Esther” is adorable.