It has been revealed that at the time Mohamed Morsi was to be sworn in as president of Egypt, PM Netanyahu’s envoy, Yitzhak Molho (pictured), was in Egypt.  There he met with General Murad Muwafi, the director of the Egyptian General Intelligence Directorate and with Field Marshal Mohamed Hussein Tantawi, the commander-in-chief of Egypt’s Armed Forces. 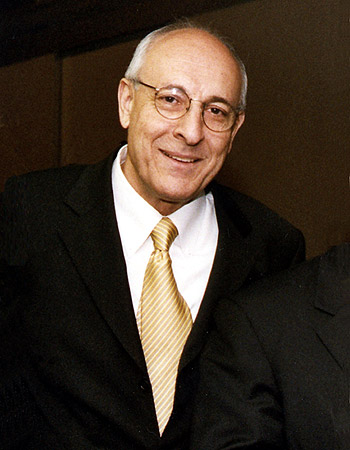 Discussions were held on cooperation in fighting terrorism in the Sinai and preventing smuggling of arms from the Sinai into Gaza.  Molcho re-stated Israel’s position: that the peace treaty, as spelled out in the  1979 Camp David Accords, must be maintained.

At the same time he delivered a personal letter from Netanyahu to Morsi, which emphasized that “the peace treaty is in the interest of both countries and contributes to regional stability.”

It truly is in Egypt’s best interest to maintain peace with Israel: Fiscally, the country is teetering on the brink of disaster  Already a very poor country prior to the uprising, Egypt was set back seriously by the unrest, which drove away both tourists and investors.  With increasing deficits and dwindling foreign currency reserves, Morsi faces huge challenges.

Given these parameters, the prospects of war against Israel are just about non-existent.

This does not mean, however, that an already cold peace might not be sent into the deep freeze.

During his campaign, Morsi declared:

The peace treaty with Egypt does not commit Israel to allowing Palestinian Arabs to “return” to their country, or to have a state with Jerusalem as its capital. The fact that Morsi now links these issues is not a good sign.

Nor is it reassuring that Morsi recently said:

“The peace treaty between us and the Israelis has constantly been violated by the Israelis. They must understand that peace is not just words. It is actions on the ground. The aggression on the Egyptian borders, their violence against Egyptian soldiers, and the threats they sometimes made to Egypt are all unacceptable. They should no longer think that the Egyptian president will back down.”

It is this issue of tensions at Israel’s border with the Sinai — where lawlessness has increased and more Sinai Bedouin are engaging in terrorism — that will continue to foment the greatest friction between Israel and Egypt in the short term. Israel, deeming it unwise to attempt further incursions into the Sinai to reach terrorists, is pushing Egypt to assume responsibility.

There is certainly talk in Egypt about renegotiating the provision of the peace treaty that addresses the restriction on Egyptian troops in the Sinai — a provision that created an essential demilitarized zone between Israel and Egypt.

The Egyptian rationale now for bringing in more troops (and they can make this case) is that it is necessary if control of the region is to be achieved.  But the reality is that the Egyptian populace also sees the limit on their troops in the Sinai as an infringement of their rights in their sovereign territory.

What Israel sees is the potential risk generated by a greater Egyptian military presence so close to the border.

From the Daily News Egypt website I found a report, “Morsi under pressure to enforce Gaza blockade,” dated yesterday, that describes the seizure by Egyptian State Security of the largest cache of weapons it has ever impounded — including 40 Grad missiles and 40 Grad warheads; all presumed to be from Libya and bound for Gaza.  And so, at some level of significance, Egyptian security forces are acting.

The report says the demonstrable escalation in the amount of weaponry being smuggled may give Morsi the cover for closing the crossing at Rafah, which is now wide open, “without losing face among an Egyptian population eager to renegotiate the restrictions on the region.”

Of course, as the article itself points out, the tunnels would still operate.

What it does not explore, and this is the crux of the matter, is why Morsi — more kindly disposed to Hamas than to Israel — would feel “pressure” to enforce the Gaza blockade.

A different perspective. The Daily News Egypt is the only English-language independent daily in Egypt and is not government-affiliated but until recently was affiliated with the International Herald Tribune.

Egyptian media are reporting that Morsi will visit Iran next month.  It’s not for one-on-one meetings with Iranians, however (at least not as announced) but for participation in an international conference of the Non-Aligned Movement.

Just days ago Morsi said that an alleged interview he had with an Iranian news agency, in which he supposedly declared desire for closer ties with Iran, was a phony. But Iranian leaders are now hoping that this will be the case.

Mofaz refused to meet with Netanyahu, but in spite of his bombastic rhetoric has not yet left the coalition. We don’t know what’s going on behind the scenes.

Netanyahu has referred, not for the first time, to the fact that if no legislation is passed by August 1, which is the Court deadline for discontinuing the Tal law, it falls to the IDF to do drafting at its discretion (and, he trusts, in a manner that will not cause undue divisions in the society).

Last night he met with a number of ministers, and told them that he’ll pass legislation that would require everyone who is not drafted to do national (non-military) service.

For the most part, parties have dug in their heels and are continuing to restate their positions.

Eli Yeshai (Shas) told Army Radio: “Most Israelis don’t think they’re suckers for joining the army. They understand that those who study in yeshivas work very hard. Studying the torah is a legitimate way of serving the state.”

Shas Minister Ariel Attias advanced a compromise regarding 60% enlistment of haredim within five to six years, which was apparently in line with Shas parameters agreed upon with the prime minister — but Kadima shot it down.

Avigdor Lieberman (Yisrael Beitenu) pointed out that while there are 8,000 draft-eligible haredim in Israel, there are 18,000 Arabs eligible for the draft.

Meanwhile, leader of the Labor party and head of the opposition, Shelly Yachimovich has said that in the face of the current crisis she intends to submit a call for early elections.

She was about to do just that two months ago when Netanyahu announced the unity government, which rather stopped her in her tracks.  Don’t know what he’ll pull out of his hat this time.

Haim Ramon, who was a founder of Kadima but quit the party in fury when Mofaz joined with Likud, now says he’ll start his own centrist party.   Just what this nation needs, another party.

He says Kadima is finished and he may well be correct.  But still…

He has just submitted a 16 page report on Israel’s treatment of the Palestinians to the UN Human Rights Council. Yup, them again.

The Council is meeting in Geneva this week and spent a good part of the day yesterday discussing Israel’s actions in Judea and Samaria, eastern Jerusalem and the Golan.  This discussion was held under “item 7,” which allocates a portion of every council session to Israeli actions against Palestinians.

Got that?  The rules of the Human Rights Council specify that at every session some time will be spent vilifying Israel.  There is no other nation in the world which receives this attention from the Council.  How did we get so lucky?

So what did Falk report on?

Well… “Israel continues to rely on excessive or disproportionate use of force in Gaza.”  Obviously he has no clue as to the legal definition of proportionate force. According to him, military retaliation against rocket fire from Gaza is not justified.  “There is a renewed urgency for the international community to respond to these developments.”  There is no mention by him of the infringement of human rights endured by Israeli civilians who are killed, injured and traumatized by the rockets from Gaza.

Additionally, Falk is worried about Israel’s treatment of Palestinian prisoners.  He’s concerned with lack of visitation rights and transfers to Israeli prisons. I assume he’s referring to the same prisoners who struck for cable TV, college degrees and better snacks in the canteen.  He wants the International Court of Justice to give an opinion on their situation.

So, that’s how low, my friends. The problem is that he makes the news: some people, seeing his report, will take him seriously.

A far better decision by the UNESCO Heritage Committee than the one I reported on the other day:

Four caves in the Carmel region (near Haifa), which contain astounding archeological finds, have been identified as a World Heritage site.

A committee statement identifies the finds as “a cultural sequence of unparalleled duration, providing an archive of early human life in southwest Asia.”  The caves, “located in one of the best preserved fossilized reefs of the Mediterranean region” contain artifacts covering 500,000 years of human evolution, from the Lower Paleolithic era till today.

Ninety years of archeological research were devoted to uncovering this information.

Israel’s Nature and Parks Authority has administered the site, encompassing 54 hectares (22 acres), since 1971.  According to INPA chief archeologist, Dr. Tzvika Tsuk, this is one of the few places in the world where it is possible to see evidence of the transition from a hunter-gatherer lifestyle to an agriculture-based, more sedentary community life; it contains relics from the era of the Neanderthals to early anatomically modern humans.

Mitt Romney is planning to visit Israel this summer.

Happy Fourth of July to my many American friends!

A time this year not just for celebration, but for reaching for American values.