Unless we breathe deeply and slowly, and focus on the good that abounds in Israel – and the good that Israel exports to the world – we run the risk of feeling overwhelmed. These are not the best of times (understatement).  And so, good news first (emphasis below added). 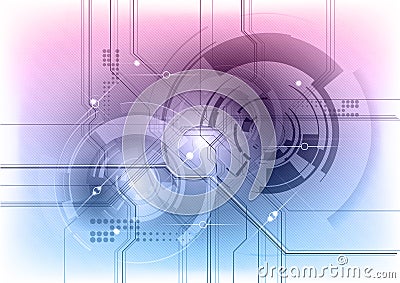 “Israeli high-tech startups were red hot in 2015, and are entering 2016 as exciting commodities for investors worldwide, according to numerous end-of-year market reports….

“We have grown accustomed to the presence in Israel of global giants like Facebook, Apple, IBM, Qualcomm, Microsoft, Intel and more,” writes Rubi Suliman in the PwC report.

“Asian delegations to Israel grabbed headlines throughout 2015 and reports show that it was definitely not a one-off.

“’The romance with Asia is serious. It is new and exciting for both sides and this shows signs of a long term commitment,’ Jonathan Medved, CEO of OurCrowd, told ISRAEL21c in our predictions for 2016.”

“Volunteers from the Engineers without Borders (EwB) chapter at the Technion-Israel Institute of Technology joined up with a rural community in northern Ethiopia to design and build a safe drinking-water system for their school.

“The system collects rainwater from the rooftop during the rainy season and stores it in a stone reservoir constructed as part of the project. The water is cleaned and treated before reaching the school’s holding tank.

“As a result, more than 600 students finally have access to safe drinking and washing water during the school day, all year long. The visiting Israelis formed an engineering club for older children at the school and trained them to be responsible for the maintenance of the system and treating the water.” 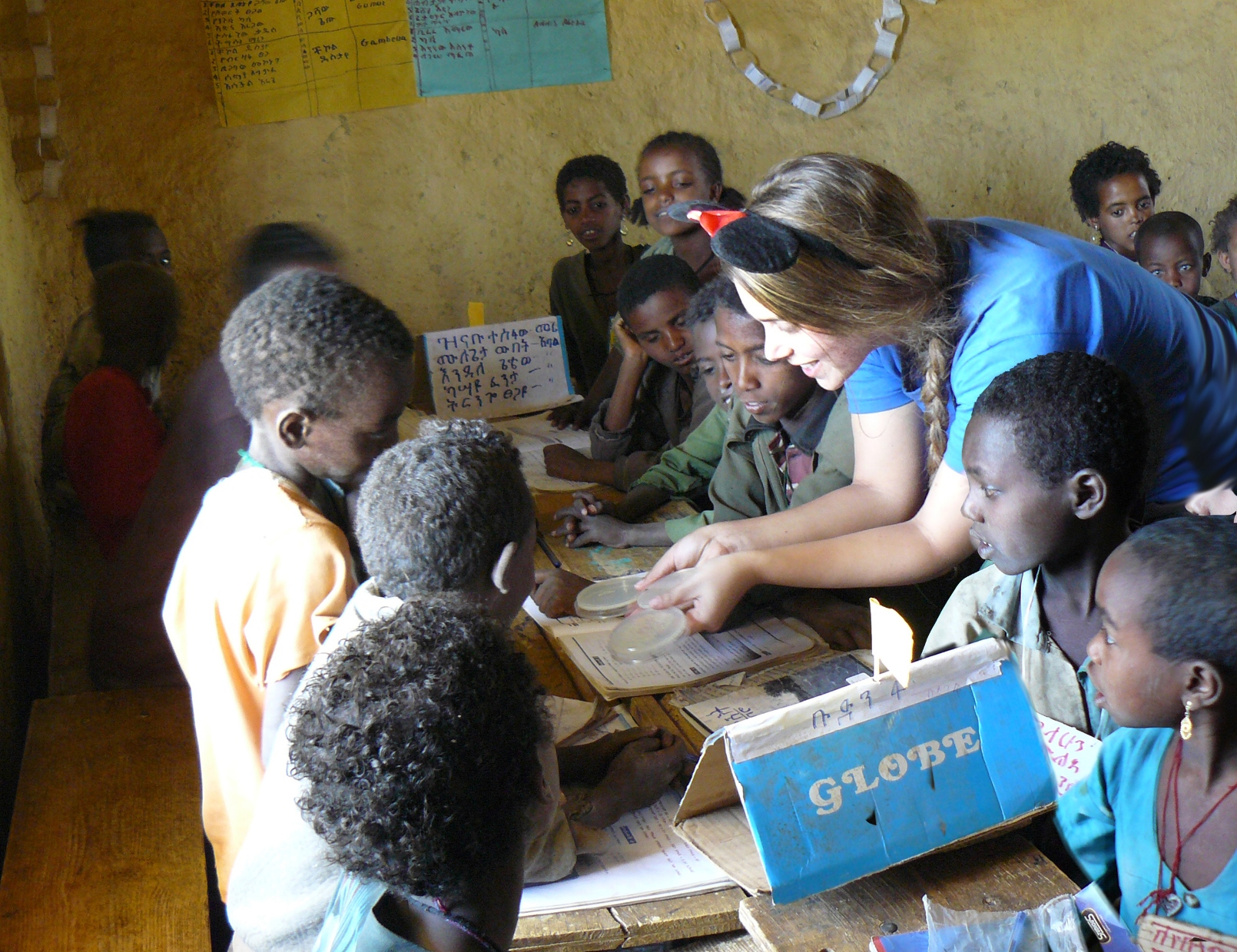 “When American troops are injured in the field, the first piece of life-saving medical equipment they may come into contact with nowadays is an Israeli-invented mini-sized manual ventilator. And not just American soldiers on the battlefield; the Pocket BVM has been used to treat thousands of people at the scene of numerous natural disasters, like in the huge earthquake that devastated Nepal earlier this year…”

“When an infectious pandemic hits – SARS, swine flu, MERS or Ebola, for instance – health officials in dozens of countries turn to the Israeli company Beth-El Industries for its IsoArk biological isolation units…

“In the world market, Beth-El Industries is a key supplier to many NATO and other armies and NGOs.”

Are those who support BDS ready to rethink their positions yet?

Before moving on to other matters, I want to turn to the Legal Grounds Campaign, which I co-chair with Jeff Daube.  Most of you have seen my previous references to this important work. You can find a good deal of information about us on our website: http://israelrights.com (please sign up if you have not yet done so), and you can see highlights of our campaign to date here: http://israelrights.com/en/accomplishments//

Until now we have worked primarily in the Knesset, and we will continue to do so.  But at this point, we are eager to reach out with innovative and important projects outside of the Knesset as well.

A significant venture we are advancing now is a series of classes for a select group of Israeli law students – all of whom study in law schools that tilt left (they all do) – in order to provide them with important information regarding Israel’s rights in Judea & Samaria and all of Jerusalem, and help them understand how to apply this information in their practices.

We call it the matsav – the “situation” – and everyone knows what is meant by this.  The word does not necessarily mean a bad situation, but with the current state of affairs, that is what is clearly understood.  “I’m not sleeping well because of the matsav.”

Terror-related issues remain uppermost in the minds of most Israelis.

Last Friday afternoon, in a terrorist shooting on Dizengoff Street in Tel Aviv, two people were killed, two seriously injured and five others injured moderately to lightly. The attacker shot 15 times with a submachine gun, aiming into various establishments such as a bar, restaurant and café.

The terrorist was subsequently identified as Nashat Milhem, who had served time in prison for attacking a soldier.

Dead in that attack were Shimon Ruimi:

At first, the terrorist’s father rushed forth, ostensibly to lend assistance – he called for his son to surrender, etc.  Subsequently he and other family members where picked up by police and questioned as possible accomplices.

In this instance, the terrorist fled, and was not caught either by security or by bystanders.  Tel Aviv was combed – while mothers kept their children home from school – and then after some days it was declared that he had left the area and is either in the north or, it is thought, in a PA area.  As I write, he is still at large. This is the first time this has happened in the course of the current intifada.

What I want to note as well, is that there seem to be fewer stabbings and vehicle attacks now, and more shootings. An escalation.

And there is something else notable about this particular incident. Milhem (pictured) is from the Israeli Arab village of Ara’ra, in the north of Israel, close to the village of Umm al-Fahm – a hotbed of Arab radicalism that served as the focus of the Israel Islamic Movement, northern branch.  All in all, a troublesome area.

A day after it happened, Prime Minister Netanyahu visited the scene of the attack and made a statement that I find significant (emphasis added):

He was unwilling, he said, to tolerate “enclaves with no law enforcement, with Islamist incitement and an abundance of illegal weapons that are often fired at happy events, weddings, and during endless criminal incidents…That time is over…

The prime minister did not paint all Israel Arabs with one brush. He praised those who voluntarily enlist in the IDF or do national service, and those who spoke out against the attack.

At the same time, he announced that Public Security Minister Gilad Erdan and Police Insp.-Gen. Roni Alsheich had established a plan to greatly increase law enforcement services in Arab areas throughout the country.

At Sunday’s Cabinet meeting, the prime minister enlarged on these plans.  There will be increased enforcement of the law with regard to building, regulations against noise coming from mosques, and incitement coming from mosques, social media and the educational system. Additionally, there will be confiscation of large quantities of illegal arms in Arab communities.

In spite of the fact that Netanyahu said that this increased law enforcement would also help Arabs, many of whom suffer as a result of lawlessness in their communities – which results in heightened criminality – some Arab leaders charged him with inciting against the Arabs of Israel and singling out one group.  Netanyahu – thankfully – was not moved by these charges, and I would dare say that in light of the terrorism our nation is currently coping with, these plans will be most welcome by a majority of Israelis (including some Muslim Arabs).

“Those who want to live in peace with us, we will respect, and those who don’t, like that blood thirsty terrorist – and the condemnation of his father did not impress me – we need to fight them will all our strength and step up the enforcement of the law…

”…the desire to kill Jews came from somewhere. So with all due respect to the condemnation, the phenomenon is very wide and deep, and it needs to be dealt with at its root among the extremists among the Israeli Arabs.”

Knesset Interior Affairs Committee chairman David Amsalem (Likud), for his part, announced that he would swiftly call a meeting of his committee to consider the issue of illegal weapons.

“In the Arab population alone there are thousands of illegal weapons, many of which were stolen from the IDF.  They are used every day and illegally to harm citizens of the state in criminal and nationalist acts.”

At the very end of December a decision had been made to allocate an additional $4 billion towards services in minority communities – Muslims, Druze, Christians and Circassians, with Muslim Arabs predominating. This is as it should be.  Services of equitable levels in communities across Israel and law enforcement of equitable stringency.

After Netanyahu’s announcement regarding increased law enforcement, there were murmurs in the Arab community about the additional allocations being tied to this, which is being denied.  Illegal housing construction will be impacted, however, with a different sort of housing being funded.

After Shabbat we might look at news about Hezbollah, Russia, the PA, heightened tension between Iran and Saudi Arabia…  There is no end…no end…

But as we are going into Shabbat, I close here with a traditional version of Shalom Aleichem, traditionally sung on Friday evening.