I’m going to do something different today: Start with good news items.  We need to hear that good news, with all the clouds hanging over us.

The first is the matter of Israeli-Japanese relations, which have blossomed astonishingly in the past year.  This is true in the areas of diplomatic relations, industrial and scientific technology and trade.  On Sunday, Japanese Prime Minister Shinzo Abe arrived here for a three-day visit (which ultimately had to be cut short because of an ISIS hostage situation he had to contend with at home).  And it was on Sunday that Prime Minister Netanyahu, referring to the Islamization of Europe, spoke about the need to increase Asian markets. He spoke as well about the “historic opportunity” to join Israeli and Japanese capabilities for mutual benefit.

Abe brought with him 100 Japanese diplomatic and business leaders; he and Netanyahu attended a forum on science and business. 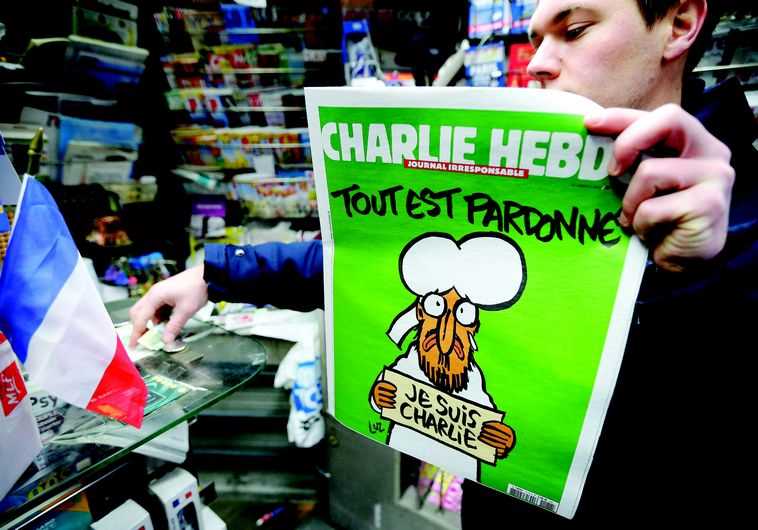 And so the essential lesson here is that we are not alone as a nation, and we should not imagine that the world begins and ends with Europe.

And then we have the absolutely remarkable speech of Egyptian President Abdel Fattah al-Sisi of just weeks ago.  It is possible that you have not heard about this, and I am, quite frankly, remiss for not having shared it sooner.

Egypt is an astonishment in any event.  When Mubarak was ousted in June 2012, and the Muslim Brotherhood-affiliated Morsi became president, it seemed the handwriting was on the wall for Egypt, as the grip of the Brotherhood waxed ever tighter.  But then, in July 2013, the military took over, and a Brotherhood-hating al-Sisi subsequently morphed from general to president, surprising many and turning the tide in a manner that has been significant for Israel.  He has, for example, acted decisively in many spheres against Hamas – a Brotherhood spinoff – in Gaza.

On December 28, 2014, an extraordinarily courageous al-Sisi spoke in Al-Azhar University, in Cairo, to key Islamic clerics and academics.  He differentiated between core Islamic beliefs and an overlay of ideology or “thinking” that has been destructive.  His tone was calm and reasoned, not frenzied.  In part, he said (emphasis added):

“It’s inconceivable that the thinking that we hold most sacred should cause the entire umma (multinational community of Muslim believers) to be a source of anxiety, danger, killing and destruction for the rest of the world.  Impossible!

“Is it possible that 1.6 billion [Muslims] should want to kill the rest of the world’s inhabitants – that is 7 billion – so that they themselves may live? Impossible!…

Here you have a MEMRI clip of his talk:

I also count as very good news the invitation that has now been extended to Prime Minister Netanyahu by Speaker of the House John Boehner (R-Ohio) to address the joint houses of Congress in February on the issues of Islamic extremism and Iran.  This is an expression of very solid support for Israel within Congress, and marks a readiness by America’s elected representatives to take seriously what our prime minister has to say about these issues. 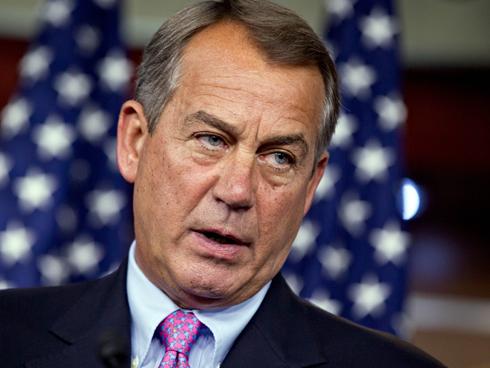 Obama’s nose was seriously out of joint because of this invitation.  It was a breach of protocol, intoned White House press secretary Josh Earnst.  Protocol, he said, would require Israel to inform the president of potential plans to visit the country before proceeding with an acceptance.

But the key source of irritation, I would imagine, was the failure of Boehner to consult the president before proceeding with the invitation.  Obama was, quite simply, out of the loop.  It is, of course, very much to the point that this invitation followed on the heels of Obama’s State of the Union Address, which left many in Congress severely disgruntled.  And that Obama knows he will not be pleased with what Netanyahu will say.

Binyamin Netanyahu has consistently promoted a position of strong sanctions against Iran, to use as leverage in negotiations.  This is a position that he will undoubtedly reiterate in Washington.

It runs directly counter to Obama’s position – stated once again in his State of the Union address this week – that he would veto any sanctions bill advanced by Congress because of the splendid progress he is making in negotiations.

I hope to return to this deplorable situation for a closer examination.

But today, a report surfaced in Bloomberg News claiming that the Mossad disagrees with Netanyahu.  It indicated that Mossad officials advised US senators who were visiting Israel recently to hold off on further Iran sanctions, because they would hamper efforts to persuade Iran to give up its nuclear program.

The appearance of this report – presumably authoritative – shortly before Netanyahu is scheduled to address Congress had the immediate effect of undercutting him.

Now the head of the Mossad has taken the unusual action of issuing a public denial of this report (emphasis added):

“Mossad Head Tamir Pardo met on January 19, 2015, with a delegation of US senators.  The meeting was held at the request of the senators and with the prime minister’s approval. At the meeting, the Head of the Mossad stressed the extraordinary effectiveness of the sanctions that have been placed on Iran for several years in bringing Iran to the negotiating table.

“The Head of the Mossad noted that in negotiating with Iran, a policy of ‘carrots and sticks’ must be adopted, and there are not enough ‘sticks’ nowadsays.”

Additionally, according to the Mossad statement, Pardo “said specifically that the agreement that is being formed with Iran is bad and could lead to a regional arms race.”

And so what is going on here? The Obama administration – furious about the invitation to Netanyahu and concerned about his message – was playing dirty.  Out-and-out lying, actually.  Presumably not anticipating that the Mossad would come forward and directly counter what was “leaked.”
~~~~~~~~~~

More apparent disinformation on another matter:

After the attack on the convoy in the Golan, which took out high level Hezbollah and Iranian personnel, Reuters came out with a story that a security source in Israel said the military had no idea that an Iranian general was being targeted –  that it was simply thought that some guerrillas were in the convoy.

I, of course, do not know who the “source” was, but this seemed blatantly an attempt on someone’s part to partially defuse a volatile situation, or to downplay Israel’s accomplishment.  Whatever the case, this “report” was carried broadly.

Now here I cite from Al-Arabiya, as reported in IMRA (emphasis added):

“Analysts, speaking to Al-Arabiya News, said the attack represented a major breach to Hezbollah’s security and a tactical misjudgment on the part of the Iranian-backed militant group.

“’This was a colossal failure … because they [Hezbollah] put this number of senior figures in one spot and at the same observation point and at the same time,” Wehbe Katicha, a former Lebanese army general, told Al Arabiya News.

“’You rarely see armies committing such a mistake,’ he said.

“This is represents a weak point of Hezbollah because of this behavior,” he added.

“While not describing it as a failure, Dr. Hilal Khashan, a political science professor at the American University of Beirut, said the incident was a ‘major security breach’ to Hezbollah’s security apparatus.

“’Hezbollah moves secretly and a number of ranking officials are even tighter. The fact is Israel had information from within,’ he said.”

I started with the good news, and must end with bad:  There was a terror attack in Tel Aviv yesterday morning, when an Arab from Tulkarem, in Samaria, boarded a bus and attacked passengers and the driver with a knife, seriously injuring four.  We are grateful that no one was killed.