The bottom line here is that the ridiculously timed and seriously hostile Paris Peace Conference held on Sunday, and attended by over 70 nations, fizzled into not much. The Arab states all sent ministers and most EU nations did as well.

The final resolution, which is still far from anything Israel accepts, was a considerably watered down version of what had been anticipated.  There was no mention of Israel as illegal everywhere past the Green Line, and eastern Jerusalem was not identified as “occupied.”  Nor was there declaration of intent to bring the conclusions of the conference to a vote in the Security Council later this week – a possibility that had generated much concern.

Basically, the resolution stood for a “two-state solution,” and called on both parties not to take unilateral actions that would prejudge the outcome of negotiations.  It also called for a halt to violence and “ongoing settlement activity.”

The watering down of the resolution was attributed to two factors.

There was, first, Prime Minister Netanyahu, who had responded with rage to the Security Council Resolution 2334. It was understood that promoting another such resolution would in the end not be productive.  What is more, Netanyahu lobbied intensively against the conference.

At yesterday’s Cabinet meeting, Netanyahu referred to the conference as the “final palpitations of yesterday’s world.  Tomorrow will look a lot different, and tomorrow is very close.”

The allusion to “tomorrow” leads us to the second factor: according to Haaretz, “Trump’s team was said to have objected strenuously to the very holding of the conference, especially at this time, five days before Trump’s inauguration, during a meeting with French officials last week.”

The stance of the UK was a pleasant surprise.  First, Britain questioned the wisdom of applying international pressure, which might “harden positions” on both sides.

And then the Brits, presumably in a trust-building gesture to the in-coming Trump administration, sent a low level delegation and not the senior diplomats sent by many other nations.

If we are looking for a demonstration of hypocrisy (I would call it chutzpa on steroids) I would say it was provided by Secretary of State Kerry.  He called Netanyahu from the conference to reassure him that the US was there to protect Israel from an “unfair” resolution.

This is the man who lambasted Israel in outrageous terms in his last talk, and is a high official of the nation that abstained from the vote on Resolution 2334, thereby permitting it to go through.

I would say that Obama and Kerry both took a look at the exceedingly negative response generated by the recent US stance on Israel and said “Oops, this is not making us look good.”

Nothing they could do would make them look at this point.

But when we speak of hypocrisy and audacity, nothing beats the French (who, we should be reminded, voted for Resolution 2334).

On Sunday, at the venue of the conference, French Foreign Minister Jean-Marc Ayraul told French TV that he thought president-elect Trump, once elected, would find it “impossible” to move the US embassy to Jerusalem, as he has pledged to do.

“When you are president of the United States, you cannot take such a stubborn and such a unilateral view on this issue. You have to try to create the conditions for peace,”

Hmm… placing an embassy in western Jerusalem, which would belong to Israel even if there were a “two-state solution,” is considered by Ayraul to be “a unilateral view,” but voting for a resolution that identified Israel as an “occupier” everywhere over the Green Line is balanced and creates the conditions for peace.

And then, most egregiously, “over the top” offensive of all, we have this:

Professor Gerald Steinberg, head of NGO Monitor, has pointed out that the French support “some of the most immoral and viciously anti-Israel and anti-peace organizations.” 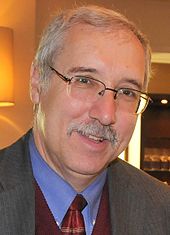 A report released by NGO Monitor indicates that (emphasis added):

“The French government funds numerous French, Israeli, and Palestinian organizations that support and promote BDS (boycott, divestment, and sanctions) campaigns against Israel, despite the fact that such boycotts are illegal under French law.

“The Platform of French NGOs for Palestine (The Platform) is one such grantee. One of the Platform’s government-funded projects is explicitly geared towards influencing elected officials, media, and public opinion regarding the conflict – an obvious abuse of taxpayer money. The Platform supports boycott campaigns targeting Israel and partners with organizations instrumental in BDS efforts.

“France directly and indirectly funds several other NGOs with alleged ties to the Popular Front for the Liberation of Palestine (PFLP) terror group.”

France is a lost cause that would best focus on the horrendous internal situation it confronts.  For me perhaps the real issue is the fact that so many nations are ready to turn a blind eye to how France behaves, attending the conference and thereby giving it a semblance of credibility.

With this all, there was a bright side, as pro-Israel demonstrators from Lev HaOlam and other groups gathered to protest the conference. If it is reproduced and emphasis is added, the fact that it has been added must be noted