From Israel: “With Our Heads Held So High!!”

We are on high alert in the north, anticipating an attack from Hezbollah in response to our operations in recent days.  But I am not going to write about this now.  Time will come soon enough.

Neither am I going to write about the election campaign, which is fairly stomach-turning. This certainly will be a topic of a posting in the near future.

The short posting I am eager to write now, before other matters occupy us, is different:

On Friday night, as I sat at dinner with friends, I expressed my distress with the campaign, which is not pretty.   One dear friend responded by saying that I am correct, however…  She likes to focus on the good people whose words and actions provide a balance to the other stuff.  She told me she speaks to “the Man Upstairs,” and says, look, look at them.

I saw that she was not only correct, but wise.  And so I want to write here of people who inspire us and make us proud.  In the end, this is the true Israel.

Avichai Lavnoni, brother-in-law of Rina Shnerb, was interviewed with his wife after Rina had been taken down by a bomb at Ein Bubin, a spring near Dolev.  She had been hiking in the region with her father and brother.

“We won’t lose strength. We are growing from this incident – we grow from every difficulty and we’ll even grow from this horrible difficulty. The Jewish People also grows from its difficulties…

“Two nations say they love the land of Israel. One throws explosive devices and the other goes for a hike.” 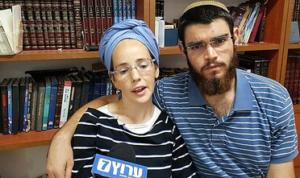 This past Friday, young people in large numbers flocked to Ein Bubin. They went in solidarity, unafraid, and in remembrance of the price Rina had paid. 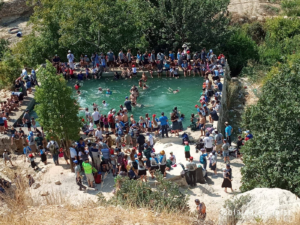 And this is what Daniel Greenfield had to say about what happened to Rina and issues of loyalty (emphasis added):

“…We are all defined by our loyalties. Rep. Omar and Rep. Tlaib are loyal to their people. Many Jewish Democrats are loyal to the party even if it means accepting bigots like Omar and Tlaib.

“That loyalty to leftist politics is disloyalty to the Jews being murdered by Omar and Tlaib’s people.

“In the face of terror, there is only one loyalty that matters, either to terrorists or to terror victims.

“At Ein Bubin, the water flows. And the residents of Dolev continue to hike into the hills, to swim in the spring and the pool, and to prepare for the next terrorist attack.

“The spring is located in the land that once belonged to the tribe of Joseph.

“’Blessed be the land of Joseph, before the Lord,’ Moses preached in Deuteronomy 33:13, ‘with the blessing of the dew and the rain that comes down from the heaven above, with the blessings of the fountains of the deep which well up from the earth beneath.’

“Faithfulness is like the springs that rise from the earth. Its loyalty breaks through all barriers.

“Rina, her father, and her brother, were loyal not to a party, but to the God who gave them that land.

“’Dvir said to me we will be strong, we will protect the people of Israel and the Torah of Israel, and together we will move forward,’ Rabbi Eitan Shnerb said of his son.

“That is a loyalty that the disloyal Democrats — who cringe before Omar and Tlaib, who pander to terrorists, who believe in every leftist cause, but have no faith in a Jewish cause — cannot imagine.

“It is a true faith and allegiance that has endured for thousands of years. It is of an age with the land, with the hills and the springs beneath, with the truth of martyrdom and endurance, and the truth of God.

“When Rabbi Shnerb spoke to Prime Minister Netanyahu on the phone, he told him that his daughter was ‘a martyr of the people of Israel.’ He asserted, ‘with God’s help we will grow stronger.’ 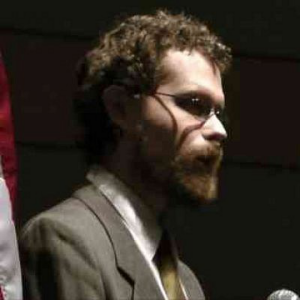 Lastly here, I write about a splendid Israeli organization called Zichron Menachem.  I have known about and admired the work of this splendid group for years.

On Friday, there was an article in the Jpost about a trip to London for 130 kids battling cancer:

“Zichron Menachem, the sponsor and organizer of the trip, is an Israeli nonprofit organization. Headquartered in Jerusalem, the entire focus of the organization is supporting kids with cancer – and their families, too.

“Its namesake, Menachem, is the son of ZM’s founders, Chaim and Miri Ehrental (shown below with Naftali Bennett). Menachem, their eldest, battled cancer from the age of 15 months until his death at age 14 in April 1990.  It was, simultaneously, the death of a firstborn and the birth of a dream. Literally.

“’I sank into dark when Menachem died,’ says Miri, ‘but God had different plans.’

“One night Chaim had a dream that ignited a vision for the future.

“’All the knowledge, all the experience we have accumulated through these years,’ he said to Miri, ‘it is inconceivable that all of it has been in vain.

“’We have been given a mission from above,’ he continued. ‘We must gather ourselves together and give to others what we lacked: companionship, support, good advice, a sympathetic ear. And it must include assistance to parents to cope with their healthy children, too.

“’We can sit with the sick child in the hospital so that the parents can take a break from the disease.

“’We can provide information about medical and bureaucratic procedure, help family members to enjoy life – and give them a way to cry their hearts out without being shattered to pieces.’

“And so, in the same year Menachem died, Zichron Menachem was born. Zichron is the Hebrew word for memorial. Put together with Menachem, the meaning is “Menachem’s Memorial,” but indicating a living thing, not a monolith or building.

“Twenty-nine years later it is a fulfillment of Chaim’s dream and on a scale he could not have imagined.” 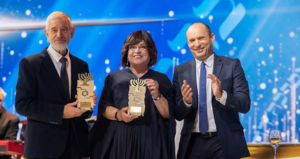 Zichron Menachem is an extraordinary success, and there are other similar successes on large and small scales alike.  Here in Israel, it is not unusual for those suffering loss of a loved one (often in the face of terrorism) to turn around to bring solace to others.  They rise above their pain to offer caring.

This, then, is the very best face of Israel.