From Israel: Victory for Israel 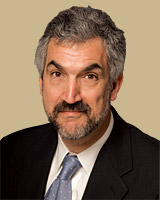 The Caucus’s stated goal is to promote a new US approach to the Israeli-Palestinian Arab conflict.  The American government must understand that encouraging the same old, same old negotiations, which have failed time and again, is decidedly unproductive and even counterproductive.

Before there can be achievement towards a peaceful situation, the Palestinian Arabs must understand that they have lost.  They continue to hold on to the belief that Israel does not deserve to exist and can ultimately be destroyed.  Before progress can be made, they must come to understand that their maximalist positions are useless and accept the existence of Israel as the nation-state of the Jewish People.

And the American government must give Israel the latitude to achieve victory by taking tough stances.

Now Pipes is initiating a parallel Knesset Israel Victory Caucus; Oded Forer (Yisrael Beitenu) and Yaakov Perry (Yesh Atid) will serve as co-chairs.  It will work to strengthen Israel’s resolve to take a tough stance against her enemies.

On Sunday night, an open forum on the rationale and goals of the Caucus was held at the Menachem Begin Heritage Center.  A separate closed event was held at the Knesset today.

This is an enormously important venture.  No one is pretending that it will change the dynamic overnight; it is going to be a long, hard haul.  Perceptions and policies, internationally and inside of Israel, must shift.

But this is a start.  That shift is long overdue.

I would like to share some of the more significant comments and observations made in the course of the forum on Sunday night.  As you read these, you may feel inclined to shout, “Well, yes, of course!  Duhh.”

But what may seem obvious to you and me – and the speakers – is not necessarily the way a skewed world has chosen to deal with the situation.

MK Yehuda Glick (Likud) said it clearly:  “There must be no reward for terrorism. None.” 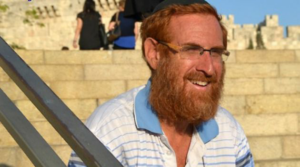 As it is, there are rewards aplenty.

[] A terrorist is killed in the course of his attack.  The Israeli Security Cabinet voted a policy of not returning bodies, but somehow, on someone’s say-so, the body is returned and the family has the chance for a major funeral.  Or, as happened recently, the PA can do a military funeral complete with their version of bells and whistles.

[] Israel is encouraged to “make gestures” for peace.  Where did this distorted thinking come from?  If the Palestinian Arabs want peace, let them demonstrate via their actions that they do.  We have to give them something to get them to the table?

It is actually ironic, that this forum has just been held, and now Trump envoy Jason Greenblatt is coming back to the area to “facilitate” the “process.”  Greenblatt is not Kerry, thank Heaven, and yet…

US officials made it very clear to Abbas that he had to halt salaries to terrorists in Israeli prisons, and Abbas made it just as clear that he doesn’t think of these people as “terrorists” but rather as “heroes,” and that he will never stop.

The US, then, should have nothing to say to Mahmoud Abbas and should acknowledge that pursuing a process under current conditions would be pointless. But here comes Greenblatt, who, I assume will visit Ramallah and pose for pictures with Abbas, and likely put out a public statement that glosses over the realities.

Glick said something else important: We should do what is good for us.  The example he gave was with regard to Har Habayit (The Temple Mount), which is very dear to his heart. We should be able to pray there, he says.  We should not factor in what the world thinks.

Glick is right, but it takes enormous courage to do this.  And that fortitude is lacking in many of our government officials.

The truth is that our High Court sanctioned Jewish prayer on Har Habayit some time ago.  The police, however, were given the latitude to stop prayer if there were security concerns.  And what do you know?  There are Arabs on the Mount ready to riot in a minute, should they see Jews praying.  So the police simply do not permit it.  And this is a victory for the Arabs.

I have thought for some time that we should station a battalion or two of our soldiers up there, to protect praying Jews. The Arabs would get over it soon enough.

But I should not too easily dismiss the difficulty our government officials face.  It was Col. Richard Kemp who addressed this problem.

Many of you may know of Col. Kemp, who headed British forces in Afghanistan.  Israel does not have a better friend.

When he spoke on Sunday night, he said “we…” and then paused and explained that he meant Israelis, and he knew he wasn’t really Israeli, but sometimes he confuses his identity.

You have to love this guy. 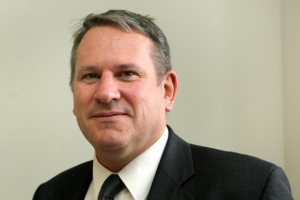 Said Col. Kemp: The center of gravity lies with decisive international opinion.  It is not just Israel that must achieve victory, but that international community.

Israel is dealing with an insurgency that has outside support.

An important goal now is convincing the US to push Israel’s case in the world.

Another point was made in the course of this discussion:  The world prefers not to let Israel win militarily, either. Time after time the international community has stopped us, as we were winning.  We have been pushed into “truces,” rather than being permitted to decisively win our wars.

This has certainly been the case in recent battles with Hamas in Gaza.  There is no clear resolution, no “victory.” In fact, the Arabs are able to delude themselves that they really “won.”  They declare that Israel is incapable of defeating them, and so there is no movement towards getting them to accept Israel as a permanent force in the Middle East.

We’ve got our work cut out for us, but the Israel Victory Project points in the right direction.

I’ll come back to other news in my next posting.  Here I want to end with a touching short video.

Many of you will remember the horrendous terror attack that took place in Mumbai, India, nine years ago. The Chabad (Lubavitch) House was one of 10 sites that were struck by some 25 Pakistani terrorists who conducted a lengthy siege.  Among the nine victims massacred during that siege were Rabbi Gavriel Holtzberg and his wife Rivka, the Chabad emissaries in Mumbai.

The Holtzbergs had a son, Moshe Tzvi, who was just two.  He was with his mother when she was murdered and his Indian nanny, Sandra Samuel, saved his life.  She found him sitting in a pool of his mother’s blood, while the terrorists were still in the building, and hid with him until they were gone.

Moshe was brought to Israel, and is being raised by his maternal grandparents.  Sandra came along and is still here; Moshe, of course, remains deeply attached to her.  Israel has granted her honorary citizenship.

When Prime Minister Modi was here last week, he wanted to visit Moshe, who looks like a happy boy.  See the visit here: