From Israel: Up, Down, All Around

And this has particularly been the case these last days. 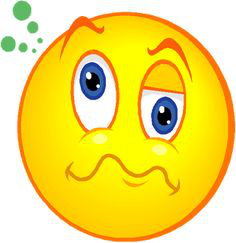 A case in point has been the issue of moving the US Embassy to Jerusalem.  This week, a story broke saying that President Trump had decided to keep the embassy in Tel Aviv, that US Ambassador to Israel David Friedman would be required to conduct all official business in the ambassador’s residence in Herzliya and not Jerusalem, and that the Netanyahu government had been advised of the decision.

At the same time, Deputy Press Secretary Sarah Huckabee Sanders said at the daily press briefing that, “The president has not made a decision yet and is still reviewing that.” 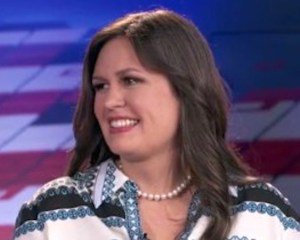 And then Marc Zell, lawyer and co-chair of Republicans Overseas Israel, who gave the most comprehensive statement, indicated that the move would likely be done without fanfare (emphasis added):

“I have said more than once in the media that in order for the Embassy to move to Jerusalem, the President simply does not have to do anything. If he does not do anything, then according to the law, the Embassy must move to Jerusalem. I understand that this is the plan and I think it’s wise to do it without declarations or ceremonies. Let the American law do the job.” 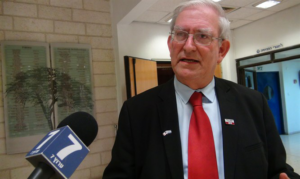 My readers are familiar with this refrain, but I offer it again here:  Let’s wait and see.

What I do find encouraging is the president’s itinerary, as presented by the JPost:

Directly after the welcoming ceremony at the airport, Trump and his family are due to visit the Kotel (the Western Wall).

While I recognize that Trump’s Jewish daughter and son-in-law might be eager for that visit, it does make a political statement.  The Kotel is in eastern Jerusalem, in the part of united Jerusalem that the Palestinian Arabs claim as theirs.  (Actually, if you track their words carefully, see will see that they claim all of Jerusalem.) 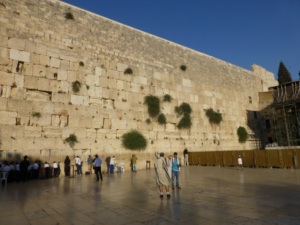 President Trump is also scheduled to visit Masada – a site that was visited by Bill Clinton and George W. Bush during their presidencies – and reportedly will deliver a speech there. 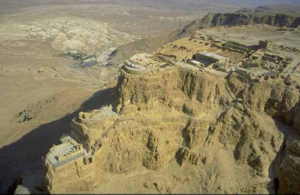 There is enormous speculation as to what will be the primary focus of his speech: “peace” with the PA (including a possible announcement of resumed negotiations), dealing with the threat of Iran, fighting terrorism and ISIS. On this too, we can only wait and see – although I do have comments about “peace” below.

Lastly, I note in the itinerary that the president is scheduled to meet Abbas in Bethlehem.  Not in Ramallah, at the Mukata’a, the presidential compound.  In the selection of this locale, as well, there is an implicit political message.

It is not for me to say, but I do wonder if the selection of Bethlehem as the site for the meetings was influenced by the photo-op ambush that had allegedly been planned by the PA, as described here:

Just as sometimes tracking the news carefully leads to confusion, other times it brings clarity.  In my last post, I described Hamas’s new document, which had the surface appearance of some moderation.

Now Mahmoud al-Zahar, a co-founder of Hamas and part of the leadership of Hamas in Gaza, has said:

“When people say that Hamas has accepted the 1967 borders, like others, it is an offence to us. 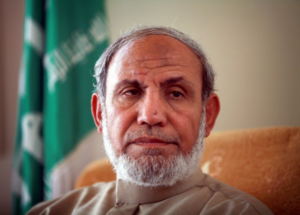 As we are back on the subject of Hamas, let me mention the Islamic Movement of Israel, which is Hamas affiliated.  While certainly subversive, it is monitored, and presents no direct threat to Israel.  From time to time its leaders, most notably Raed Salah, are arrested. Salah’s main focus for years was causing agitation on Har Habayit (the Temple Mount).

The northern branch of this movement – headed by Salah and centered in the Arab city of Umm el-Fahm – was outlawed two years ago and its offices shut down. This, of course, does not shut down all radical sentiment in the city.

(Thanks to Moshe D. for the reminder.)

Returning to the subject of “peace”:

There were big headlines in the JPost today, declaring that according to “sources,” “Abbas has decided to sign a peace deal with Israel.”

For some days now, Abbas has been taking a more moderate tone.  I noted very recently how Abbas is attempting to appear more “flexible,” expressing, for example, a readiness to meet with Netanyahu and Trump without preconditions.

Incredibly, behind this more “flexible” Abbas there apparently stands billionaire Ron Lauder, president of the World Jewish Congress.  Lauder met with Abbas (not for the first time) very shortly before Abbas’s meeting with President Trump, and prepped him. 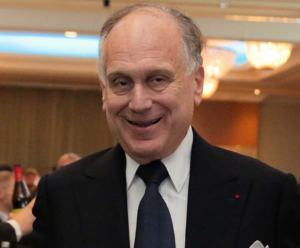 This meddling is an outrage, and infuriating.  It is being said that Lauder did this because he is eager to promote “peace” via that “two state solution.”  I would suggest he let Israel handle Israel’s concerns.

My take on this:  We don’t have to wait to see if a “two state solution” will evolve from Abbas’s apparently increasing moderation: It ain’t gonna happen.

Talk, as we all know, is cheap, and that essentially is what Abbas is offering – clearly with the hope of getting into the good graces of the president and putting the screws to our prime minister. The more Netanyahu can be made to appear intransigent (which causes increased delegitimization of Israel) and the greater the economic aid offered by the US as incentive, the better his position.

Prime Minister Netanyahu is not buying, however.  He is remaining very quiet, waiting to see how long it takes for this current Abbas pretense to unravel.

For, when it comes down to it, Abbas will not, cannot, offer Israel a deal that is even remotely satisfactory from our perspective.  This is with regard to a united Jewish Jerusalem, retention of Jewish communities in Judea and Samaria, identity of Israel as a Jewish state, and end of hostilities. He does not really want to. But more significantly, he knows he cannot because neither the Palestinian Arab in the street nor – more importantly – officials in Fatah would countenance the concessions he would have to make.

So much so is this the case that Abbas would fear for his life were he to move in this direction. He is already hated and sorely lacking in political clout within the PA.

So powerless is Abbas that he cannot even stop providing salaries to convicted terrorists, something that the president has reportedly asked him to do.

The question, then, is how much aggravation we will have to deal with in the interim.  And there is a very significant question of who is influencing the president at the moment.  According to some reports, it is Lauder.

There are reports today that Ambassador to Israel David Friedman has “warned the president that the chances of brokering a comprehensive deal between Israel and the PA are exceedingly slim.”

However, “the president apparently remains optimistic.”

“A comprehensive deal” is the key term here.  If we take an optimistic look, we might say that negotiations aimed at something considerably less than a final deal might yield some positive results (although even this seems a stretch).  But when Trump talks about “making a deal,” this sort of modest achievement is not what he is referring to.

In my next posting, I want to take a serious look at a bill currently making its way through the Knesset that deals with Israel as a Jewish state.  This is something I see as very positive and I want to devote time to the ramifications, and responses to the critiques.