From Israel: Thumbs Up?

It’s important to be cautious when analyzing a situation in flux.  But this situation appears to be moving in the right direction.

Last I wrote, I was indignant, no, even more so, deeply distressed, that Jared Kushner – after having paid a shiva call on Wednesday to the family of Hadas Malka, who had been murdered by a terrorist – a day later went to Ramallah to discuss “peace” with Abbas. That’s the selfsame Abbas who had given an honorary military funeral to the terrorist who murdered her and who had declined to condemn the murder. 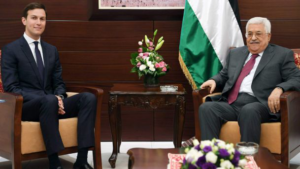 It was clear on the face of things that anyone who behaved as Abbas was behaving was not going to be amenable to compromises for genuine peace.  In my opinion, this vile promoter of hate did not even merit the courtesy of a visit from an emissary of the president. It felt to me as if he were being accorded a public sign of respect that was out of place.

The boiler-plate White House announcement that was released after the meeting, which spoke about Abbas’s commitment to pursuing peace, didn’t sit well on me either: It suggested a readiness by the White House to white-wash the situation, rather than confront the reality of the Palestinian Authority: To move right along, for the sake of that “deal.”

But the news now suggests a somewhat different scenario.

Information about the Kushner-Abbas meeting surfaced in several media outlets on Friday; they came from Palestinian Arab sources and not the Americans.

Basically, what we’re hearing is that Abbas was very put out with Jared Kushner’s demand that he halt payments to terrorists in Israeli prisons. The accusation was that the Americans were simply mouthing Israeli demands instead of serving as “honest mediators,” and that the Israelis were raising this issue as a way to stall “peace talks.”

Never mind that Secretary of State Tillerson had made that demand some weeks ago, and that Abbas said he would look into doing just that.

I imagine it must be very difficult for the Palestinian Arabs to come face to face with Americans who were not into “yessing” them at every juncture.

Abbas’s angry defense was that making those payments was a matter of “social responsibility.”  Nabil Shaath, speaking in Abbas’s name at the Herzliya Conference said:

“Payments to support families are a social responsibility, to look after innocent people affected by the incarceration or killing of their loved ones as a result of the military occupation.”

Let me here point out that the amount of salary provided is keyed to the severity of the attack that was perpetrated and not to the needs of families.  The terrorists are rewarded commensurately.

Apparently Jared backed down part way, suggesting that payments be stopped only for the smaller number (600) of terrorist in Israeli prisons for life sentences, which meant they had murdered Israelis.

This, too, Abbas reportedly refused to consider.

According to some of the reports, based on information provided by persons present at the Kushner-Abbas meeting, the Americans were also angry at Abbas for refusing to condemn the terrorist attack on Hadas Malka (which was my original point).  They were additionally incensed because Abbas refused to meet with US Ambassador to Israel David Friedman.

On Saturday, a report – which has now been cited by several media outlets – came from the Arabic daily Al Hayat in London regarding second thoughts that President Trump is said to be having with regard to pursuing this process.

If that is so (and we’ll see) it would show Trump to be a very quick study, considering how blithely he sailed into this, confident that it would be easy.  He is a man for whom winning is a top priority. Perhaps he has already concluded that if he promotes a process that is moribund, he risks looking very foolish.

But it was apparently a PA official, not an American, who said:

“(Kushner) will submit his report to the president and, after it is submitted, Trump will decide if there’s a chance for negotiations or it might be preferable to pull out of peace efforts.”

A White House official who was cited called the report about Trump having second thoughts “nonsense.”  US sources have denied that the issue of payments to prisoners clouded the talks, which focused mainly on hearing the Palestinian Arab demands.

A statement from the White House indicated that there were challenges to be faced:  “underscored that forging peace will take time and stressed the importance of doing everything possible to create an environment conducive to peacemaking.”

This, of course, already reflects a more cautious attitude than the cavalier “this will be easy” approach Trump started with.

Some of the reports also cite the Palestinian Arabs as saying that, for all the tension over the matter of paying salaries to terrorists, the US had not indicated that stopping payments was a precondition for initiating talks.

What you believe about the situation, then, depends perhaps on which report you read last.  Much of this is second and third hand, some of it is innuendo.

That the American team did not skirt difficult issues in meeting with Abbas is a positive; it is very good news that Abbas was defensive and angry.

Again, on the face of matters, it should be obvious that an entity that behaves as the PA does is not a serious partner for peace.  If Trump does not terminate this now, the situation will bear close watching.  If he moves ahead as if he can enfold a group that incites and supports terror into a “peace process,” then we will know he is not serious – he is merely promoting his own agenda.

But this remains to be seen.  Perhaps he is reluctant to give up quite yet – after how he promoted the process – but is on his guard.

Write to him:  https://www.whitehouse.gov/contact/

Keep your communication short and positive.  Thank him for his efforts to bring peace to the Mid-East, and say you know he will want to have full information.  Tell him that:

►Abbas CANNOT stop the payments to terrorists in Israeli prisons.

This is because the project is so popular.  Issa Qaraqe, head of the Palestinian Committee of Prisoners’ Affairs, has said that …”almost every other household among the Palestinian people is the family of a prisoner or martyr.”

Abbas, on the other hand, is decidedly not popular because of his corruption.  If he takes a seriously unpopular step he runs the risk, literally, of being killed.

►More broadly, Abbas has no mandate from the people to sign a peace deal with Israel.

►In fact, since his term of office ran out years ago, Abbas is not even legally president of the PA.

He has no legal authority to act on behalf of the PA and any decision he made could be challenged later as invalid.

To be effective, this message must be sent by many people.  Please, get this out to others, and put it on your FB pages.

Additionally, use this information in letters to the editor, Internet talkbacks, and more.

There has been a great deal of talk, without specifics, about folding resolution of the Israeli-Palestinian Arab conflict into a broader context of arrangements made with Sunni Arab states across the region.

Now, today, there is news that Trump is considering a “Camp David type” conference of Arab states, as a follow-up to his visit to Saudi Arabia.  There is no mention here of the Israeli-Palestinian Arab conflict, though. Rather, this is about uniting the Sunni states against Islamic extremism.  He hopes to effect reconciliation between Qatar and Saudi Arabia to this end.

A daunting task, but one that holds some possibility of success.  Better he should be focused on this than on us.

Who can say, maybe this will turn out to be his “out” with regard to the Israeli-Palestinian Arab conflict: Just turn the spotlight elsewhere.

I share here a good word on work that Trump is doing. This is from Caroline Glick (emphasis added):

“Earlier this month Norway, Denmark and Switzerland did something surprising.

“Norway announced that it was demanding the return of its money from the Palestinian Human Rights and Humanitarian Law Secretariat, for the latter’s funding of a Palestinian women’s group that built a youth center near Nablus named for PLO mass murderer Dalal Mughrabi.

“Denmark followed, announcing it was cutting off all funding to the group.

“And last week, the Swiss parliament passed a resolution directing the government to amend Swiss law to block funding of NGOs ‘involved in racist, antisemitic or hate incitement actions.’

“For years, the Israeli government has been urging these and other European governments to stop funding such groups, to no avail. What explains their abrupt change of heart?

“For years, the Obama administration quietly encouraged the Europeans to fund these groups and to ratchet up their anti-Israel positions. Doing so, the former administration believed, would coerce Israel to make concessions to the PLO.

“But now, Trump and his advisers are delivering the opposite message. And, as the actions by Denmark, Norway and Switzerland show, the new message is beginning to be received.

“If the US administration keeps moving forward on this trajectory, it can do far more than suspend funding for one terrorism-supporting Palestinian NGO. It can shut down the entire BDS industry before Trump finishes his current term in office.” 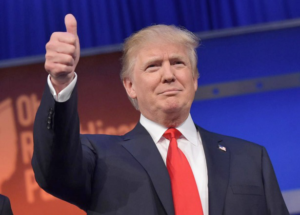 There has been enormous confusion here regarding the status of housing starts in Judea and Samaria. Specifics are difficult to pin down.

It indeed does appear to be the case that Netanyahu has made a commitment to the US to curtail building through the end of 2017 (this being our “gesture for peace”), which has engendered considerable anger.

But there are denials. And there are exceptions – such as the 300 housing units in Beit El that were promised years ago, and which he now says will go ahead. As, we are being told, will the roughly 2,500 tenders for new homes that have already gone out.

Ground has broken as well for Amihai, the new community near Shilo, promised for the 40 families evicted from Amona. 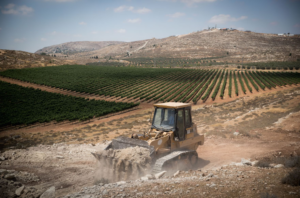 What we have to concern ourselves with here is that Yesh Din, the European-funded far left NGO, is already gearing up to make trouble.

As we attempt to keep track of what is going on, we must be mindful that sometimes what is announced as “new” is actually a re-run of something that was previously promised but never enacted.  And conversely, some of what has been announced as going forward now may not materialize now at all.

When it comes to the business of housing starts, I rather see our prime minister this way: 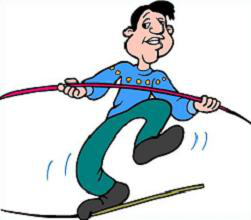 Oops, a correction: Thanks to two of my astute readers.

It was not Jackie Gleason who said “What a revolting development,” it was William Bendix in “The Life of Riley.” 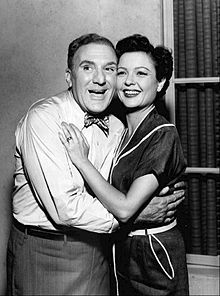 I was just a kid then, and remembered wrong.  But the phrase is still a great one.