From Israel: The Heart Breaks for Many Reasons

Yesterday, my heart broke over the senseless, anti-Semitic attack in Squirrel Hill that took the lives of 11 Jews, during Shabbat, while they were in synagogue.  I had prayed for healing for the mourners and for the community, and I will continue to pray.

But I have scant hope that community healing will come.

For, I have been monitoring the responses to that obscene act of terror, and they, too, make my heart weep. 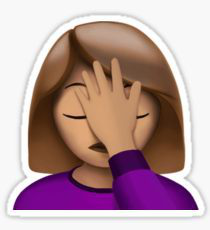 ~~~~~~~~~~
When there is trauma suffered, those affected seek answers.  It’s a human response, I think.  If only the cause can be fingered, then there can be some sense of control, some way to comprehend what happened.  And then too, some way to prevent it from happening again:  Ah, now that we know, we can fix it.  Americans especially like to fix situations.
~~~~~~~~~
But when it comes to anti-Semitism, the oldest and most persistent hatred in the world, there are no simple answers: it waxes and wanes over the centuries.

Yet now, Americans – most notably, but not exclusively, some of the Jews in Squirrel Hill – are promoting facile solutions, vociferously leveling charges and pointing fingers.

Ostensibly, they are seeking to identify the core of the problem.  But what is happening merely sows the seeds of further divisiveness, while it provides no clarity at all.
~~~~~~~~~~
The attack did not happen because the American embassy was moved to Jerusalem, or because Prime Minister Netanyahu is not giving in to Palestinian demands.

It did not happen because Jews are white and do not understand black suffering.  Yes, I read this ludicrous charge – made by people who are apparently unaware that some Jews are not white, or that the only time in history that a large group of blacks was brought out of Africa not in chains, was when Israel brought Ethiopian Jews home.
~~~~~~~~~~
Most significantly, the progressive Jews of Squirrel Hill – led by Bend the Arc, a nation-wide, left wing,  Jewish group – are pointing a finger at President Trump, and saying that while he did not pull the trigger, his policies, his encouragement of white nationalists, made the attack on their synagogue possible.

The people making this charge, and those who accept this position, trivialize what is happening.  They are politicizing the situation to make points for their perspective, while they ignore larger, ominous realities.

Never mind that the statement Trump made that allegedly supported white nationalists was distorted.

I am seriously shocked by the words of one survivor of the attack, who said:

“He’s calling himself a nationalist. The last political group that I heard had called themselves nationalists were the Nazis.”

How absolutely terrible, and what a perverse misrepresentation of what Trump – who wants America to be proud – stands for.

~~~~~~~~~~
It has apparently escaped the notice of progressives that the rise in anti-Semitism has been going on for a great deal more than the two years that Trump has been president.  The number of anti-Semitic events in America was already rising when Barack Obama was president. There were more than 7,000 anti-Semitic incidents during his presidency, and the situation was serious enough back in 2009 so that Abe Foxman, who then headed the Anti-Defamation League, referred to it as a “scourge.”

Nor are they attending to the fact that a vast amount of anti-Semitism arises on the left.  I would guess that they are not comfortable pointing fingers at the left, as this is where they are at home.  Black Lives Matter is a racist, violent, and anti-Semitic movement.  The entire BDS movement, which is anti-Semitic, arises from the left. There are many campuses in the US where proud, Israel-supporting Jewish students feel threatened: By the left on these campuses.

Large elements within the women’s rights groups are anti-Semitic.  Linda Sarsour, co-chair of the women’s march, is overtly so.  Her co-chair, Tamika Mallory, is an ardent fan of Louis Farrakhan, head of Nation of Islam, who is virulently anti-Semitic.  There was a time, not so long ago, when admiration for Farrakhan would have been kept a secret (Obama kept a picture of himself with Farrakhan secret), but now it is OK to be out there with the adulation.

Or did they consider it more politically correct, more prudent, to say little
~~~~~~~~~~
I will not deal here with the plague of anti-Semitism currently on-going in Europe, other than to note it – the attacks on Jews in various places in France, and in Belgium and more.  This discussion, and the implications of the influence of Muslim immigrants in those places, is best left for another post, although it is clear that the epidemic is broad-based.

In this posting, I am concerned with America. And it is in America that we can see a change in political attitudes:  a level of anti-Semitism that would have been considered shocking just a few years ago is acceptable today.  There is an ominous undercurrent.

We note it, for example, with the promotion of “intersectionality.”  This is a distorted principle adopted by the left that maintains that all social causes are linked. Thus, you cannot be a good lesbian unless you are also pro-Palestinian.  This reads out a lesbian who happens to be an Israel-loving Jew.
~~~~~~~~~~
In the end, finger pointing is not productive.

The more the Jewish community is cohesive, with Jews reaching out to one another, the healthier the situation will be, and the stronger the community.

That is precisely what Diaspora Minister Naftali Bennett was aiming for, when he immediately flew to Squirrel Hill to give support to the people (even if some were too filled with vitriol to understand this).

Speaking to a gathering in Pittsburgh, he said (emphasis added):

“We stand together, as Jews from all communities united, as well as members of all faiths. Together we stand. Americans, Israelis. People who are together saying, ‘no’ to hatred. The murderer’s bullet does not stop to ask: are you Conservative or Reform, are you Orthodox? Are you right wing or left wing? It has one goal, and that is to kill innocent people. Innocent Jews.” 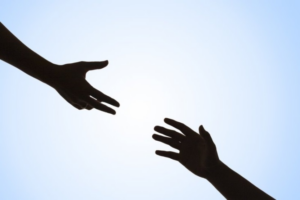 President Trump spoke absolutely appropriately in response to the attack.  I cited him yesterday, and repeat his words here (emphasis added):

The “monstrous” attacks, he said, “…require all of us working together to extract the hateful poison of anti-Semitism from our world. This was an anti-Semitic attack at its worst. The scourge of anti-Semitism cannot be ignored, cannot be tolerated, and it cannot be allowed to continue.

“It must be confronted and condemned everywhere it rears its ugly head. We must stand with our Jewish brothers and sisters to defeat anti-Semitism and vanquish the forces of hate.”

See the evil, acknowledge that it exists, and stand against it in all its forms.
~~~~~~~~~
And finally, David Horovitz, editor of the Times of Israel, who wrote powerfully (emphasis added):

“Judaism, at its heart, contains the remedy: ‘What is hateful to you, do not do to others,’ as Hillel summarized it. ‘Love your neighbor as yourself,’ Leviticus commands and Rabbi Akiva describes as a basic principle. Follow that, and nobody dies at prayer in Pittsburgh, or anywhere else…

“The Jewish people has survived because the divine precept at the core of our faith is essential for all. Jews, and others, are being targeted in America because that core precept is being forgotten.”