From Israel: Struggle with Every Step

This past Shabbat, we read the Torah portion Lech Lecha in synagogue.  In Chapter 17:7-8, the Almighty tells Avraham (emphasis added): 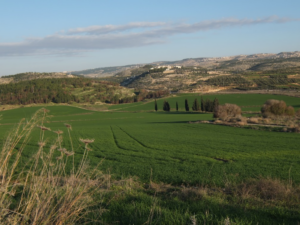 ~~~~~~~~~~
Thus do we know that in the end all will be well for us.  When I look at how we have progressed in 70 years, from a decimated, powerless people to a thriving Jewish state, I see the absolute truth of this covenant – the hand of Hashem is clear.  And so we can be comforted.
~~~~~~~~~~
And yet, we face struggle after struggle because of the degree to which the world opposes us, which is neither rational nor just.

There was an uproar over our Basic Law: Israel is the Nation-State of the Jewish People.  At least half a dozen European nations have similar laws, with little comment by the world. But Israel, only Israel, is accused of “apartheid” and a host of other evils in conjunction with this law.
~~~~~~~~~~
UNESCO has just voted to confirm its resolution that the Tomb of the Patriarchs (the Machpela) in Hevron (pictured) and the Tomb of the Matriarch Rachel (Kever Rachel Imenu) near Bethlehem are “an integral part of the occupied Palestinian territory.”  These sacred Jewish places are blithely and deliberately “assigned” to others in the UNESCO record, which in the end counts for nothing. 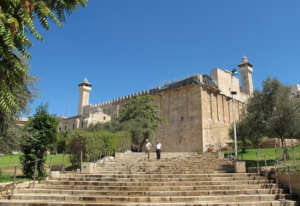 ~~~~~~~~~~
In Lech Lecha, when Avraham is instructed by the Almighty to leave his home, he goes on his own.  The opinions, even disapproval, of others, did not affect his direction or his sense of who he was.

We Israelis must have that sense of who we are, that ability to go it on our own!  It is the only way to cope with the insanity of the world.
~~~~~~~~~~
I return here to the next episode of that on-going saga of the Arab violence at the Gaza fence.  Last I left that story, Israel had brought tanks to the border, and had delivered stern warnings about what would ensue if there was further violence.  From this point on, it was said, Israel would have zero tolerance for violence.  Stern warnings came from Egypt, advising Hamas that Israel meant business.

On Friday a smaller crowd gathered – “only” 10,000 instead of the 30,000 of the previous week.  Fewer came to the fence, but some did.  Fewer threw grenades and tried to break through, but some did. 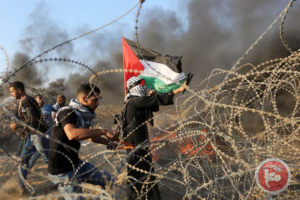 Fewer sent up incendiary balloons, but some were launched and there were fires.
~~~~~~~~~~
It was reported on Sunday, that Egyptian intelligence officials had met with Hamas leader Ismail Haniyeh on Thursday, asking that the demonstrations be halted.  Hamas refused. The Egyptians then demanded that the demonstrators at least stay 500 meters from the fence, and again Hamas refused.

https://www.jpost.com/Arab-Israeli-Conflict/Hamas-rejects-Egyptian-demand-to-stop-Gaza-border-protests-569846
~~~~~~~~~~
And what was the Israeli response on Sunday?  Because the situation had de-escalated, the crossings were opened up, allowing both people and goods to go in and out of Gaza. Defense Minister Lieberman indicated that in a few days a decision would be made about permitting additional fuel supplies to enter.

https://www.timesofisrael.com/israel-reopens-gaza-crossings-as-relative-calm-holds/
~~~~~~~~~~
Wait a second! What happened to zero tolerance??  If our government actually meant, “a little bit of violence is OK,” we should have said that.  But as we said “zero tolerance,” then we are diminished if we make gestures before violence has ceased.  This is an old story, and one that is very disturbing. This is worse than if we had said nothing.
~~~~~~~~~~
My guess is that the reduction in violence will only be temporary.  Nothing has really changed, and Hamas knows it.

Then we will have another opportunity to be tough.  Sad, that we need so many opportunities.  Within military circles there is certainly an awareness of the need to hit Hamas.

The term that is being used by commentators in recent days is “mowing the grass”:  While there is no push within the IDF for an action that would decisively defeat Hamas – it would be too costly in human terms – there is recognition that Hamas capabilities must be diminished.  If there is to be some sort of time of quiet, official or not, the Hamas arsenal must be reduced first, because it is a given that Hamas would be improving its capabilities, adding to its arsenal, during the quiet.

What is more, to sustain that quiet, we must create deterrence.  We must create a situation in which Hamas would think very long and very hard before launching a single incendiary device, or encouraging a single Gazan to approach the fence.

A situation, as well, in which our enemies to the north, who are watching all of this, understand that we mean business.
~~~~~~~~~~
As David M. Weinberg put it, in the JPost on Friday, “A draw with Hamas is strategically unsatisfactory”:

“…The IDF can pounce with crushing blows, without conducting a full-scale ground invasion.”   (Emphasis added)

This is what I would hope for.  Let them begin to be afraid of us again.

We turn now to the ongoing saga of the illegal Bedouin outpost of Khan al Ahmar. 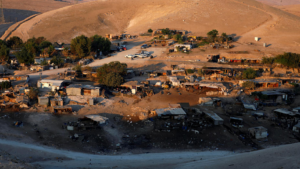 A vulnerable group of Bedouin, originally from the Negev, was settled in this outpost by the PA.  It was constructed without permits and with EU funding, in Area E1, near Ma’aleh Adumim, in Area C, which is under full Israeli control.

Here we have one more instance of the meddling of the international community, with the Palestinian Authority pulling the strings. The PA’s goal is to establish a permanent presence in Area C, with contiguity for a state. This illegal outpost being only one facet of an extensive campaign.

Israel has insisted that the outpost be demolished because it is illegal—was put up without permission— and because it is in a dangerous location adjacent to a major highway.  Israel had offered an alternative site for the Bedouins, who rejected that site and every other one that was proposed.
~~~~~~~~~~
Over the course of years, the issue of the demolition of this outpost came before the courts several times, with the PA petitioning for revocation of orders for the outpost’s demolition.  In early September, the High Court rejected the final petition, paving the way for the outpost to be razed.

The Israeli NGO Regavim had been instrumental in pushing for the demolition.  You can see here an interview with Naomi Kahn, International Director of Regavim, who provides background on the issue:

The demolition was delayed because of the imminent visit of Germany’s Andrea Merkel.  (Possibly because of her request, although this is not clear.)  Presumably, demolition was to occur following Merkel’s visit, and, indeed, preparations were made on the ground.
~~~~~~~~~~
Two days ago came news out of the prime minister’s office that the demolition would be postponed “indefinitely.”  Not a good piece of news for most of us, but one that had the PA celebrating, and declaring their intention to turn “indefinitely” into “forever.”

An enormously irate response from the right wing of the government followed, and this included the response from Defense Minister Lieberman (who has been leaning consistently right of late):

“The decision to delay the clearance of was made in complete opposition to the stance of the defense minister and despite his firm objection.”

https://www.timesofisrael.com/israel-delays-planned-demolition-of-west-bank-bedouin-village/
~~~~~~~~~~
By Sunday evening, Netanyahu explained that the delay was in order to try to work out an agreement with the residents of Khan al-Ahmar to relocate voluntarily.  However, said the prime minister (emphasis added):

“Khan al-Ahmar will be evacuated, with or without agreement. It will not take weeks; it will be much shorter.

“We will make several vital preparatory moves in the international arena. We will give a last chance for evacuation by agreement but in any case Khan al-Ahmar will be evacuated. I am not talking about a cosmetic evacuation but a real evacuation.”

http://www.israelnationalnews.com/News/News.aspx/253559
~~~~~~~~~~
The underlying issue here is one of the right of Israel to manage her own affairs without international interference.

The concern, of course, is that Netanyahu is reluctant to confront that international community, and thus caves. Israel followed due process, the Bedouin are in their current location illegally, and our highest court has said we can demolish the outpost.
~~~~~~~~~~
I quite honestly do not know what “vital preparatory moves in the international arena” he is speaking of, although I assume we will know in due course.

Certainly if the Bedouin who are resident in the outpost relocate voluntarily it simplifies matters.  But there is one other aspect here that must be mentioned: 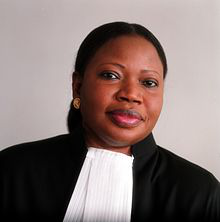 ~~~~~~~~~~
I have learned from a lawyer that while Israel is not a signatory to the Rome Statute, the Palestinian Authority—which is being treated by the Court as a state—is, and the Court will accept a petition if one party involved is a signatory.

This is all very hypothetical, however, said my contact.

Naomi Kahn of Regavim, with whom I also spoke, made the further point that even if Israel were considered an “occupier,” the occupying party is still considered responsible for issuing permits for building, and none were issued in this instance.  People cannot just build and live wherever they please.

The “war crime” charge might apply if a state came to occupy a territory in which a population had been traditionally living, and then moved that population out.  This is not the case here, as the Bedouin did not traditionally live in this area but are, rather, recent interlopers.

In other words, as far as I can determine, the case against Israel would be exceedingly flimsy.

The ICC, said Kahn, can threaten to bring charges regarding all sorts of issues.  Were Israel to be consistently cowed by the threat of ICC charges being levied, we would lose our rights as a sovereign nation to conduct our affairs.

It is imperative, under these circumstances, that the Bedouins be moved out and fairly quickly.  We must stand up for what we believe is proper conduct.  Prime Minister Netanyahu must stand strong.
~~~~~~~~~~
One last point here:  There is talk of the Bedouin being willing to move some few hundred meters from their current location, but were Israel to agree to this it would be a defeat, because they would still be in Area E1, precisely as the PA intended.