From Israel: “Stay Alert! The Dynamics Are Shifting!!”

Before I return to the convoluted saga of the Gulf States and what may be coming down the road, a bit of good news that is part of the story of shifting dynamics:

Last month, Israel and Kosovo formally established diplomatic relations via video conference. At that time; at that time, Kosovo’s Foreign Minister submitted a request to open an embassy in Jerusalem.

This past Sunday, Kosovo officially established its new embassy in our capital.  “A truly proud and historic moment for Kosovo-Israel relations,” Kosovar Ambassador Ines Demiri tweeted. “The greatest honor of my life is to…open the embassy and proudly serve my country in Israel.” 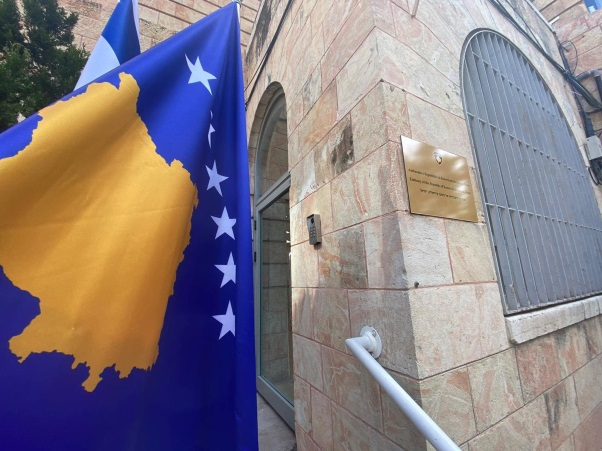 The US and Guatemala already have embassies in Jerusalem, but Kosovo (with a predominately Albanian population) is the first Muslim-majority country, as well as the first European country, to make this move.

Kosovo’s commitment to do this was secured by President Trump in the Oval Office last September, when the US negotiated an economic agreement between Serbia and Kosovo. At that time, Israel and Kosovo agreed to mutual recognition. Serbia, which already had an embassy in Tel Aviv, had committed to moving it to Jerusalem. That appears unlikely now, as Serbia had been willing to accept a “diplomatic relationship” between Israel and Kosovo, but not full recognition – which is what has been established.

Kosovo unilaterally declared independence from Serbia in 2008, and at present, 100 countries, including the US, recognize it as independent. Serbia, however, still considers Kosovo to be an autonomous province.

Let us circle back now to Saudi Arabia, by far the largest and most powerful of the Sunni Gulf States. 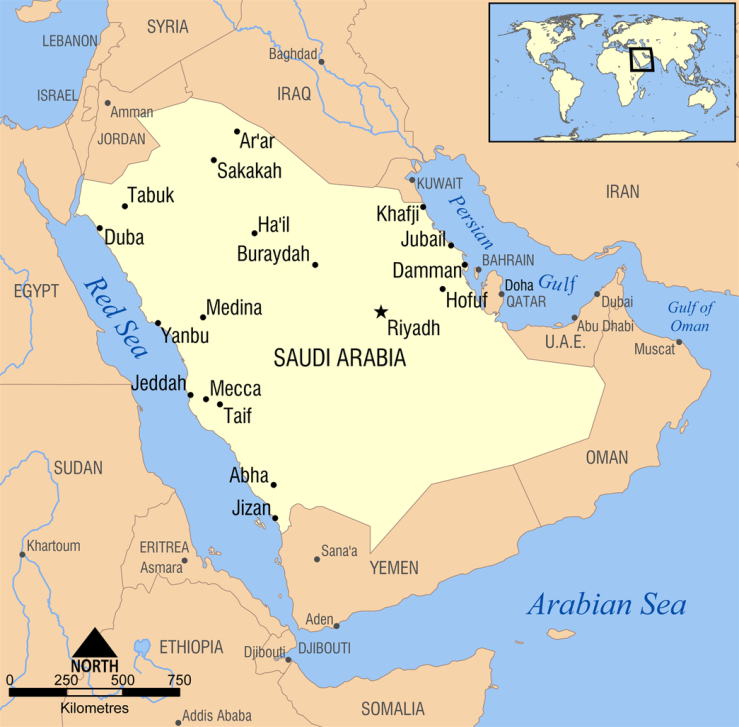 The country has a seriously problematic history. For a long time it was a major source of financing for extremist and terrorist groups, and was seen as too lax in acting against such groups. The fact that the majority of the terrorists in 9/11 were Saudi most powerfully exemplifies this.  That its religious underpinning was the radical Sunni sect of Wahhabism, which is austere and ultraconservative, meant that it was closed and very far removed from Western liberal values and practices.

But I’m writing now about shifting dynamics and changing times. And it is very much the case over the past several years that Saudi Arabia has been exhibiting a changed approach. It is attempting to curb Wahhabism and to modernize.  Women can now drive and movie theaters are permitted.

In 2016 it introduced Vision 2030: a strategic framework to reduce dependence on oil, diversify the economy, and develop public service sectors such as health, education, infrastructure, recreation, and tourism. The Vision’s three primary themes are “a vibrant society, a thriving economy and an ambitious nation.” There is talk about building the world’s largest Islamic museum, strengthening Saudi universities and enhancing the non-profit sector.

The Saudis are no longer interested in supporting radicals and have their own severe problems with terrorism, which they are eager to combat.

Theirs is hardly a model society, but it is no longer the Saudi Arabia of old.  It is considered a US ally, and shares a considerable trade relationship with the Americans. Interaction with Israel is unofficial, but there is quiet cooperation in a number of spheres, including but not limited to intelligence sharing.  Last November there were rumors – denied by both parties – of a clandestine meeting between Prime Minister Netanyahu and Crown Prince Mohammed bin Salman (MBS) in Neom, the ultra-modern mega city being built in northwest Saudi Arabia. 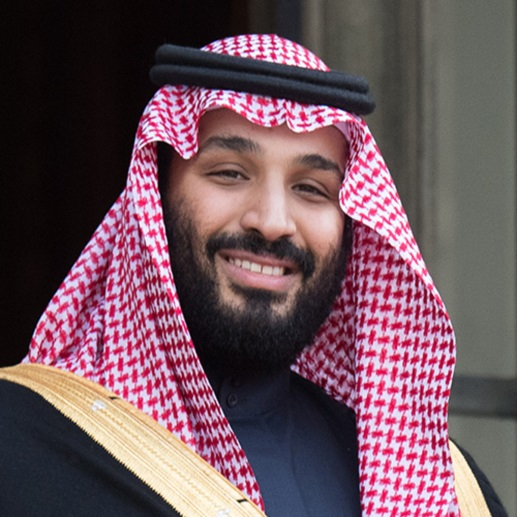 The Crown Prince is the one providing the impetus and the motivation for change and modernization in his country – moves that are resisted by his reactionary father, Salman bin Abdulaziz.

President Trump and his peace team courted the Saudis, and once the Abraham Accords were established, it was hoped that in time they would come along.  Trump’s vision was for a Middle-East NATO, a formal defense pact among Israel, the UAE, Bahrain and Saudi Arabia.

There was quiet Saudi acquiescence to the new diplomatic relationships established via the Accords; the Crown Prince was testing the waters and finding no backlash with regard to a growing relationship between Sunni Arab states and Israel.

It was thought that after Sudan and Morocco established normalization with Israel at the end of 2020, the Saudis would follow.

Enter Joe Biden, the puppet in the White House who is being instructed by elements intent on undermining what I have described above regarding a new Saudi approach. 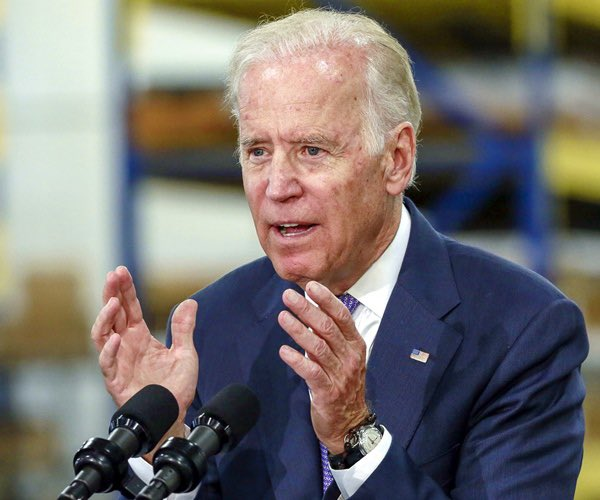 In late February, Biden announced that the Office of the Director of National Intelligence (ODNI) had released a report assessing that Saudi Crown Prince Mohammed bin Salman (MBS) had approved an operation to “capture or kill” journalist Jamal Khashoggi.

Khashoggi, a Saudi citizen, was once close to the royal family but fell out of favor.  He relocated to the US, where he worked for the Washington Post, often writing pieces critical of Saudi Arabia.  In 2018, Khashoggi was in Turkey to conduct some official business with the Saudi consulate. He entered the building and was never seen again.

The Saudis denied knowledge of what had happened to Khashoggi – who was seen as a danger to the regime – but in due course evidence surfaced that he had been murdered via a drug overdose inside the consulate and his body removed in parts.

I make no bones about the fact that the Crown Prince is capable of being involved in ordering such a murder; Saudi Arabia, after all, is a country that adheres to Sharia law, which calls for the execution of homosexuals. However, the evidence against him is circumstantial and the report released by Biden is speculative.

The Jewish Policy Center (JPC) – a non-profit American think tank – referred to the report as “faulty,” and said it was of “dubious quality.”  The Center further noted that the extremely short report, which really provided no new solid information, was released from “the Office” of the Director of National Intelligence, and not from the Director.

When it was written, the report was kept classified; Trump, who had his eye on encouraging Saudi moderation and diplomatic cooperation in the new Middle East, played down the issue.

Now the US administration has reversed the Trump position, declassifying the report and releasing it in a highly publicized announcement.

On March 11, the JPC sponsored a webinar during which Jonathan Schanzer, author and senior vice president of research at the Foundation for Defense of Democracies, spoke about this issue. 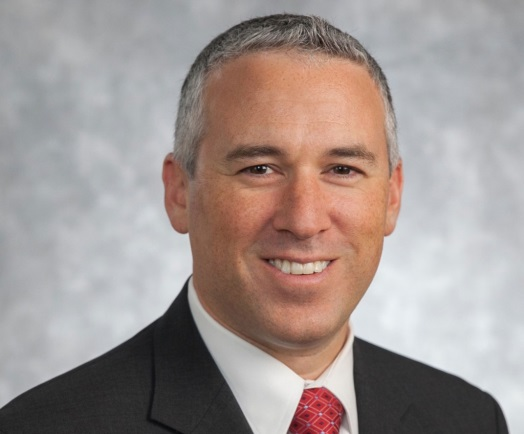 Schanzer said that release of this report, which charges an ally with murder, is sui generis. It just isn’t done. The Crown Prince was “named and shamed.”  In Schanzer’s opinion this was a strategic error – “diplomatic arson,” which doesn’t add up.

But it does add up, if your goal is not bringing the Saudis into the strategic and diplomatic fold of the Abraham Accords but rather weakening or bringing MBS down.

And why weaken the Saudis?  Because Biden’s “handlers” are, to put the matter bluntly, kissing the collective tuchis of the Iranian mullahs.  The hope is to curry favor to encourage Iranian cooperation in negotiating a new nuclear deal. JPC sees it just this way:

Other related US decisions point to the same conclusion:

The Houthis, a terrorist insurgency force in Yemen, is an Iranian proxy, just as Hezbollah is. 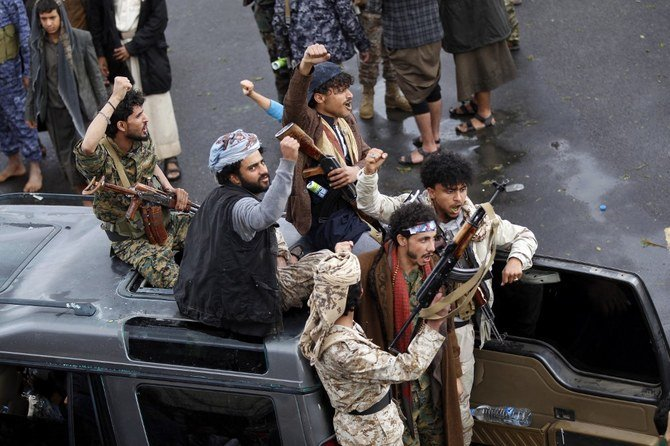 The Saudis have provided the only force battling the Houthis on the side of the Yemeni government.

President Trump had designated the Houthis as terrorists shortly before leaving office.

Biden has now removed them from that terrorist list. The argument is that the US must do this for “humanitarian” reasons, even if the Houthis are terrible:  If the Houthis are considered terrorists, the argument goes, then there are sanctions established against certain types of equipment being allowed to reach them; this would prevent the transfer of supplies desperately needed by 80% of Yemenite population.

That the Yemenite population is in dire straits and needs relief is absolutely true.  The rest of the argument is not.

Trump’s terrorist designation froze US-related assets of the Houthis, banned Americans from doing business with them and made it a crime to provide support or resources to the movement.

HOWEVER: “The United States…exempted aid groups, the United Nations, the Red Cross and the export of agricultural commodities, medicine, and medical devices from its designation of Yemen’s Houthi movement as a foreign terrorist organization.”  These exemptions took place only days after the Houthis had been designated as a terror group.  Among the commodities that would still be allowed in were raw, processed, and packaged foods, live animals, vitamins and minerals, and bottled drinking water.

Nor is this the end of it:  Biden has also cut US support for offensive operations in the war in Yemen, “including relevant arm sales.”  The argument is that Saudi attacks incur damage to civilians. “This war must end,” intoned Biden.  He seeks negotiations.

But reducing restrictions on the Houthis, while cutting back on assistance to the Saudi forces fighting them is not the way to achieve this ostensible goal!!  The US no longer has any leverage against the Houthis.  This is something Schanzer pointed out.

As Iran has continued to supply its forces in Iran with weaponry, Biden has simply shifted the balance inside Yemen in Iran’s favor.

That is without mentioning the threat to Saudi Arabia by the Houthis, centered in north Yemen. In the last month Houthi rebels have dramatically ramped up attacks on targets inside Saudi Arabia. Sending in dozens of missiles and armed drones, they have aimed for “Riyadh; Abha International Airport; Jiddah Airport; and the King Khalid air base in southern Saudi Arabia. Last week, the rebels also claimed two attacks on Aramco oil facilities.”

And then there is the exceedingly critical matter of Iranian-made marine mines:

In an exhibition of military equipment, Houthi militiamen have recently displayed various “types of Iran-made marine mines, used recently in attacks against commercial ships in the Red Sea…

“These Iran-made mines show that the Iranian Revolutionary Guards have continued to supply the Houthis with weapons, military technology and experts, making the Yemeni territories a launch-pad to threaten commercial navigation and control international waterways,” said Muamer Al-Eryai, Yemini minister of information.

Lastly, in his recent webinar, Jonathan Schanzer shared the fact that Iran is utilizing Yemen as a testing ground for the development of PGMS – precision guided missiles.  These missiles, he said, might be fired at Israel.

Schanzer expressed concern that in the face of this total collapse of support from the US, Saudi Arabia might just pack it in and join Iran’s orbit. This is a horrific possibility.

I, however, remain hopeful that just the reverse might happen: The lack of US support might motivate the Saudi Crown Prince to move ever closer to Israel, which is Saudi Arabia’s best hope, and to join not just the Abraham Accords but a newly established Middle-East NATO.

What I wrote about in my last posting reinforces this hope for me:  The fact that there were rumors that the Crown Prince might have been prepared to meet Netanyahu in Abu Dhabi.  And that according to the savvy Nadav Shragai, the Crown Prince has an interest in the Temple Mount. This would certainly not be the case if he were planning on caving to Iran.

The horrendous situation that I have described above will factor into Israel’s decision on this matter, undoubtedly.  Israeli support for Saudi Arabia, if carefully and wisely considered, can have an enormous effect on the outcome of this situation.

And this horrendous situation also means that an election that results in a solid, strongly Zionist, right wing coalition is perhaps more important than it has ever been.

PLEASE SHARE THIS BROADLY!  People must know what is emanating from a duplicitous White House.