It rather depends on who we listen to, and the time of the day.

On Sunday, the Security Cabinet met; the word that came out (leaked?) was that no decision would be made for a week, in order to see if the UN and Egypt might still make progress on a long-term truce over the weekend.

Come on, guys!  Been there, done that.

After all the violence at the fence?  And all the warnings by our leaders about what Hamas might expect if they didn’t cool that violence?
~~~~~~~~~~
On Monday (yesterday) during his remarks for the opening of the winter session of the Knesset, Prime Minister Netanyahu said everything was being done to avoid “unnecessary wars,” however he defines that. 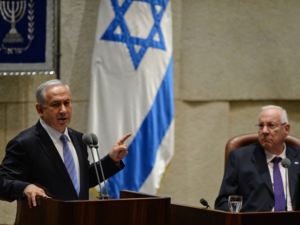 “Peace is our soul’s desire,” he declared, but we will act if it necessary.

That covered all bases.
~~~~~~~~~~
At a conference yesterday, Defense Minister Lieberman was more forthright.

“The only way to bring back the quiet, without harming our deterrence and our resolve, is a hard blow — as much as possible — against Hamas. And I believe an effort like this would bring us four or five years of calm.” (Emphasis added)

https://www.timesofisrael.com/liberman-bringing-quiet-to-gaza-border-will-come-at-a-high-cost/
~~~~~~~~~~
Late yesterday, the violence started at the fence again. Would we have expected otherwise?  Hamas leaders say they are not afraid of our empty threats.  So there were attempts to break though the fence, grenades and Molotov cocktails thrown at our soldiers, etc. etc.

In response, the Security Cabinet meeting was moved up to Wednesday. In the meantime, we are hearing a gamut of different opinions regarding how we should conduct ourselves.

Surprisingly, I continue to see Lieberman’s comments as most straightforward.  At an army base near Gaza today, he said (emphasis added):

“The situation as it is today cannot continue. We are not prepared to accept the level of violence we see week after week.”

“We must strike Hamas a hard blow, this is the only way to bring the situation back to what it was before and to reduce the level of violence.

“We tried all options. I think that at this stage we have exhausted the possibilities. Now it is time for decisions.”

http://www.naharnet.com/stories/251867-gaza-clashes-cannot-continue-lieberman-says/print
~~~~~~~~~~
If a major decision is announced after the Security Cabinet meets tomorrow, obviously I will write about it.  But I rather hope that nothing is said.  That would be a refreshing change.  Let Hamas leaders sit there, pondering what our next move will be, until we begin to hit them (if indeed we do).
~~~~~~~~~~
With regard to this issue, there are a few comments I would make now:

[] It is really not necessary to say we are not seeking war.  Those who know us, clearly know this is the case. While our enemies, of whom there are many, prefer to represent us as war-mongers who attack “innocent Gazans.”  In the course of doing Internet research I have encountered some horrific statements.  Those who think this way will not be readily dissuaded.  We must not seek to justify ourselves: best that we simply move ahead as we believe wisest for Israel.

[] Statements that are too glib about doing the maximum in battle are unsettling.  It seems to me that in such statements there is a disregard for the difficulties that we would encounter.  Of course we COULD take down Hamas, and we COULD take over Gaza again.  Our military might is not at issue here: the cost in human lives is.

How many of our brothers and husbands, sons and grandsons might have to die to accomplish this military goal?  Would it balance out as “worth it”?

There is a contract inherent here. If there is to be a Jewish State then there must be a Jewish army, and sometimes some of our young men will die protecting the State and the civilians within.  Our young people understand this, and are prepared to do their part.  I have been awed by the courage expressed by some of them.  Yet, for Israel this is never simple.  It must be understood that we are a small country and take to heart the death of every soldier. 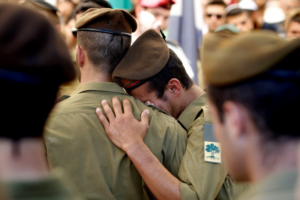 Right now, we are in a situation in which fighting is a necessity.  Because of the violence directed at our people and our land from Gaza, which is not only destructive but affects how we see ourselves.  And then, because of the very significant issue of deterrence.  We are being watched in the north, and if we express reluctance to fight, it emboldens our enemies.  They must be afraid of us; we must never appear weak.

What remains to be decided, I believe, is the nature of the fight we might choose to undertake now.

[] I have alluded to this last issue before: In complex ways the interaction of Hamas and the PLO plays into the violence from Gaza and likely into our decisions regarding how to respond.

That has been clear, as Abbas has withheld support for Gaza, which moved a frustrated Hamas leadership to increase the violence.  There have been analysts who said that Israel was considering a truce with Hamas to undercut Abbas.  While I have wondered if the US was pressuring Israel not to go to war because it would complicate the “peace plan” so arduously labored over by Jason Greenblatt and Jared Kushner.
~~~~~~~~~~
And now a different, startling aspect of this situation has been exposed.  YNet today carried an exclusive interview with Jason Greenblatt regarding that “peace plan.”

The plan, says Greenblatt, is meant “to help all Palestinians, in both the West Bank and Gaza.”

“Let’s be clear about something: Gaza and the West Bank have been separated for 10 years, not only physically, but politically—between the Palestinian Authority and Hamas. It’s absurd to deny that reality.

“In contrast, our peace plan intends to bring them together.”

WHAT??  This would not be good news for Israel.

We have been told that the plan does not jeopardize Israeli security.  And just how would that work?

It is pointless to pursue this much further until that plan is actually unveiled. That’s what Greenblatt is always saying – he criticizes the PLO for being negative about something they haven’t seen.

However many hours this sincere and earnest team put into this, it’s going nowhere.
~~~~~~~~~~
While the situation is still relatively quiet, I want to share a couple of good news items. There IS good stuff happening. We just need to pay attention to it.
~~~~~~~~~~
After the residents of Amona in the Binyamin region were evacuated from their homes 18 months ago, when a legal battle was lost and their community – determined to be “unauthorized”– was dismantled, the government promised them a new community.

It was to be the first new Jewish community in Judea and Samaria in 25 years, and the residents decided they would name it Amichai (“My people lives”). Construction was initiated.  Then, in March, 30 families, who had been living in dormitories in nearby Ofra, joyfully moved in.

But a cloud hung over them, as Palestinian Arabs, sponsored by Peace Now and related NGOs, had petitioned the Supreme Court, claiming Amichai was being built on their land. For a period of time, construction was at a standstill.

Now a final ruling by the Court has rejected the claims of all outstanding cases, and development can proceed.  The residents declared, in a statement they released, that:

“Now it is final – the community of Amichai has been established, and nothing will prevent us from developing and flourishing and bringing blessing to all the residents of the Shiloh Valley and the entire region.” (Emphasis added)

~~~~~~~~~~
In addition, the Israeli government has just approved the construction of a new neighborhood in Hevron, which will consist of 31 housing units, two kindergartens, a day care center and a public park in the historic Hezekiah Quarter.  This project represents the first new homes to be built for Jews in Hevron in 16 years.

The civil administration has already given approval and 22 million shekels has been allocated for the project.  Several government ministries will be contributing to this project, including the Defense Ministry, which will allocate funds for construction, and the Ministries of Science, Environmental Protection, Agriculture, Education and Culture.

Construction will begin as soon as funds are released.

An IDF base that has been located on the site for some 30 years will be downsized. 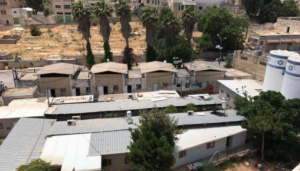 The Palestinian Arabs and their lefty associates fight tooth and nail every time Jews seek to affirm their rights to the land: For Jews, Hevron is second only to Jerusalem in sanctity.  But it is a certainty that a legal battle will have to be fought over this, as well.

https://www.timesofisrael.com/cabinet-okays-new-neighborhood-for-hebron-settlers-first-in-16-years/
~~~~~~~~~~
Upon receiving permission to build, the Jewish community of Hevron released a statement:

“Building in the City of the Patriarchs by the Israeli government is a Zionist, just, necessary and blessed step. Upon receiving the building permit for the Hezekiah Quarter, we congratulate and thank the Prime Minister and all the ministers, Knesset members and public figures who worked with determination and dedication together with us to advance the building permit. (Emphasis added)

“However, in light of certain conditions and in light of the anticipated appeal of the PA Hebron Municipality, headed by a terrorist and a convicted murderer, we expect the Government of Israel to continue to insist on the right to build in the City of the Patriarchs without delay.”