From Israel: Not Exactly a Crisis

One tends to get the impression—on reading the news about the General Assembly vote last Thursday regarding President Trump’s new policy of recognizing Jerusalem as Israel’s capital—that something of a diplomatic cataclysm had occurred.

But when we look more closely we see it is not so.  In fact, the reverse is likely to be the case.
~~~~~~~~~~
Turkey, chair of the summit of the Organization of Islamic Cooperation, and Yemen, chair of the Arab Group at the UN, sponsored the resolution, which declared that the General Assembly:

…Affirms that any decisions and actions which purport to have altered, the character, status or demographic composition of the Holy City of Jerusalem have no legal effect, are null and void and must be rescinded. 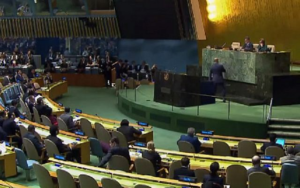 The first thing to remember here is that General Assembly resolutions carry no weight in international law.
~~~~~~~~~~
But there is more, as ZOA has so cogently pointed out:

Article 2(7) of the UN Charter states: Nothing contained in the present Charter shall authorize the United Nations to intervene in matters which are essentially within the domestic jurisdiction of any state.

What the GA has now done, in contravention of its own charter, is to attempt to intervene in the sovereign domestic jurisdiction of the US.  The US Supreme Court ruled in 2015 that:  The text and structure of the Constitution grant the President the power to recognize foreign nations and governments.

Put simply, what President Trump chooses to recognize as the capital of Israel is none of the business of the General Assembly – it is his sovereign right.

Those who voted for this resolution apparently have little regard for the rule of law.  Are we to take them seriously?~~~~~~~~~~
A majority vote on a resolution such as this one is a sure thing because of the make-up of the General Assembly, with its preponderance of non-democratic third world and Arab/Muslim nations.

Even so, the vote did not go precisely as the Arabs expected; they had hoped for a larger majority.

There are 193 member states in the UN.  Of these, 128 voted for the resolution, nine opposed it, and 35 abstained.  There were 21 states absent.

The seven that supported the US and Israel in opposing were Guatemala, Honduras, Marshall Islands, Micronesia, Nauru, Palau, and Togo.   Two Central American countries and five Pacific island nations.

The major story lies with the abstentions.  To abstain in this situation—where the abstentions cannot change the outcome—is to make a statement about not opposing Israel.  It is a step short of providing support, but diplomatically it matters.  Over time more countries are prepared to abstain on anti-Israel resolutions, and the hope is that eventually the abstentions will become votes that actively support Israel’s position.
~~~~~~~~~~
We can make some broad generalities about the countries that chose to abstain.

Not a single nation in the west European community of nations abstained.  France, Germany, Italy, Greece, Ireland, the United Kingdom, the Netherlands, Belgium, Switzerland, Austria, Spain, Portugal, Cyprus, etc. all voted for this resolution.  In most cases, this is no surprise considering left-leaning policies and the influence of the Muslim immigrants, not to mention ingrained anti-Semitism.

I was, perhaps naively, a bit disappointed with Cyprus and Greece, with whom we have a Mediterranean regional alliance.

And what of India, in south Asia?  The much-hyped special relationship between Israel and India made no difference here. 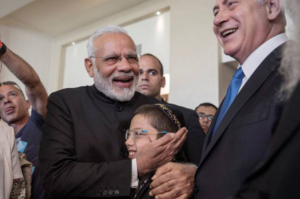 ~~~~~~~~~~
The two most significant abstentions came from Canada and Australia, countries that tend to be favorably inclined towards Israel. And then, broadly, we saw abstentions by nations from four areas:

From east Europe, where there is considerable pro-Israel sentiment and a political orientation very different from that of west Europe:  the Czech Republic, Bosnia-Herzegovina, Hungary, Romania, Poland, Latvia, and Croatia.

From Latin America: Mexico (with which Netanyahu has been strengthening ties), Argentina, Columbia, Panama, and Paraguay.

And from a variety of island nations in the Atlantic (and Caribbean) and the Pacific: Trinidad, Jamaica, Haiti, the Bahamas, the Philippines, Fiji, Antigua, Kiribati, Tuvalu, and the Solomon Islands.

We look at this list and we see the future of strong diplomatic ties with Israel.
~~~~~~~~~~
Let us consider what’s happening in the wake of this vote:

Days ago, Prime Minister Netanyahu suggested broadly that there are countries that are prepared to consider moving their embassies to Jerusalem.  He declined to reveal their identities prematurely.

Sure enough, today we have an announcement from Guatemalan President Jimmy Morales that he has given instructions for Guatemala’s embassy to be moved to Jerusalem.  He said he decided to do so after speaking with Netanyahu on Sunday.  Guatemala is one of the countries that voted with us. 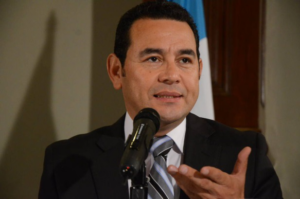 ~~~~~~~~~~
In addition, there have been rumors, not officially substantiated, of the Czech Republic and the Philippines expressing intent to move their embassies.

In fact, a statement by Czech President Milo Zeman, as reported in Israel Hayom, sounds fairly certain.  “We need action, not words,” he said, explaining that he has already instructed the government to begin preparing for an embassy move. 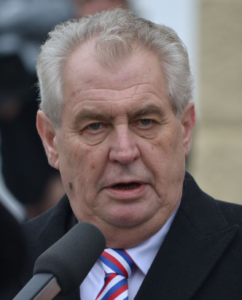 And last week it made news that Liviu Dragnea, President of Romania’s Chamber of Deputies, had declared: “We have to take the United States as an example and move our embassy in Israel.” 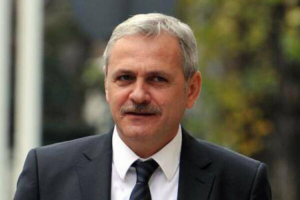 I do not believe we can consider as official all of these possibilities, each involving a nation that abstained at the UN.  Some of what is hinted at may not materialize.

But what we can say is that Trump has generated a shift in attitude that is already beginning to have a positive impact.
~~~~~~~~~~
On Friday, Netanyahu also directed Israel’s UNESCO ambassador Carmel Shama Hacohen to quit UNESCO. As of December 31st, Israel will no longer be a member. 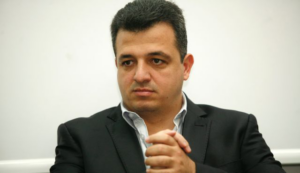 ”Sane and well-run countries have nothing to find in the absurd theater which is UNESCO.  The US left UNESCO, at the bottom line, because of Israel, and it is our moral duty that it will not do so alone.”

If the US move prompted this move, all well and good.  I think it was past due.
~~~~~~~~~~
Last week, undoubtedly confident of considerable support after the UN vote, Mahmoud Abbas took himself to Paris for talks with French President Emmanuel Macron. The US could no longer serve as an honest mediator, declared Abbas, urging Macron to step forward, assume that role and recognize a Palestinian state now. 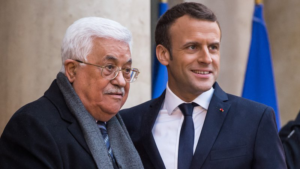 Macron’s answer, provided at a joint news conference with Abbas, was that there would be no “multiplying initiatives”:

“I will do it at the right time, when I judge it will be useful to build peace on the ground. I will not make such a decision under pressure.” (Emphasis added)

And so, while France voted for the UN resolution, Macron expressed an intention of holding tight to give Trump a chance to see through his yet to be unveiled peace plan.
~~~~~~~~~~
But now the situation has shifted and it may be quite a while before Trump brings forward his plan, if indeed he does.

Sunday evening, a White House official told reporters that Trump had no intention of pushing an agreement forward without the consent of the PA.  The president, he said, considered the current situation to be temporary, with Ramallah undergoing a cooling-off period.  He reiterated his commitment to seeking peace and said his team, headed by Jared Kushner and Jason Greenblatt, would continue to work on the plan.

But it remains unclear whether the PA will pull out of its sulk:

Azzam al-Ahmad, a member of the Fatah Central Committee, announced yesterday that when the PLO Central Council met, early next month, it would consider declaring “Palestine” in the areas that had until 1967 been controlled by Jordan (Judea and Samaria) and Egypt (Gaza) as “a state under occupation.”

This, of course, is merely bombast right now. To further complicate matters, Hamas has not relinquished full control of Gaza to the PA.  (More on this next posting.)
~~~~~~~~~~
On Friday, the day after the UN vote, Danish Foreign Minister Anders Samuelsen announced a major cutback in funds to be provided to Palestinian Authority NGOs. Many of those NGOs—which have been found to have links to terror groups—will no longer receiving funding.  In other instances, there will be a more stringent vetting process to insure that funds are used as intended. 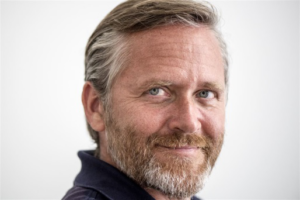 Earlier this year, Israeli Strategic Affairs Minister Gilad Erdan (Likud) had alerted Minister Samuelsen to the misuse of Danish funds allocated to PA NGOs. Denmark then instituted a comprehensive investigation of how its funds were being utilized by the PA.

https://www.israelnationalnews.com/News/News.aspx/239711
~~~~~~~~~~
Now this story about Israel’s readiness to reach out is wonderful:

A baby with a serious congenital heart defect was born last week to Syrian refugee parents in Cyprus.  The Cypriot Health Ministry, realizing that it was not equipped to care for the child, contacted Israel’s Ambassador to Cyprus, Sammy Revel, with an urgent plea for assistance.  Israel agencies—Ministry of Foreign Affairs, security services, Ministry of the Interior and airport officials—
acted with great speed and coordination in light of the emergency: the baby and his father were quickly granted permission to come to Israel.

Friday night, the two-day old infant was flown to Israel on a specially equipped plane and brought to Sheba Medical Center’s neonatal intensive care unit at Tel Hashomer for life-saving surgery, which may have taken place by the time you read this. 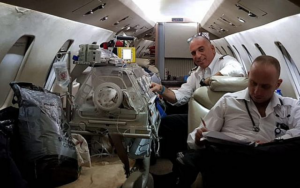 The infant remain in the hospital for follow-up care for a period of time.  His father is being assisted by Arabic speaking staff.

Share this broadly, please!
~~~~~~~~~~
To all my friends who are celebrating Christmas today, I send warm wishes. 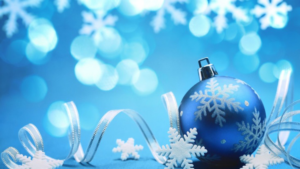 ~~~~~~~~~~
© Arlene Kushner. This material is produced by independent journalist Arlene Kushner. Permission is granted for it to be reproduced only with proper attribution.