From Israel: Menace in the North

Today we consider the enormous unrest in the north.

What I present here is an overview of a vastly complex scenario – encompassing several players — that is shifting almost daily.  Liat Collins on Friday cited an IDF intelligence officer who “mourned the passing of an age when he could go to sleep at night and be fairly sure that the following morning forces beyond the Syrian border would be in the same place as he last saw them through his binoculars.”
~~~~~~~~~~
The Syrian civil war is winding down, with the vicious Syrian President Bashar Assad (pictured) responsible in the course of the war for the deaths of some 600,000 of his own people (a great many of them civilians including children).  He is victorious because of the assistance of Russia and Iran – each party having ulterior motives with regard to control of Syria/influence in the area. 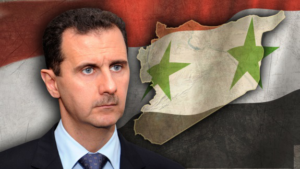 ~~~~~~~~~~
Israel has made every effort to stay out of the civil war (except for medically treating civilians and very recently assisting in the rescue of first responder White Helmets).

The overriding Israeli military concern is with regard to the presence in Syria of a volatile and aggressive Iran, which seeks to locate right at our border (both with hostile intentions towards Israel and in furtherance of the goal of paving a path to the Mediterranean).  In this regard we have taken military action repeatedly, hitting Syrian bases where Iran is established and working to prevent the import into Syria of Iranian weaponry.

In the course of these sorties against Iranian presence (some 100 plus in number over time), Syria has suffered collateral damage, as Syrian infrastructure and personnel are sometimes hit.  The Iranians have not been establishing new bases, but are utilizing existing Syrian bases. (In some instances Iranians wear Syrian uniforms.)
~~~~~~~~~~
Netanyahu has worked assiduously to maintain an on-going communication with Russia’s President Vladimir Putin (pictured), in an effort to prevent accidental military confrontation with Russia in the course of those sorties.  This effort has been enormously successful.  I would never call Putin (a former KGB officer) a “friend” in the full sense of that word – it goes without saying that in the end he will do what is good for Russia and damn the rest. But he is not an anti-Semite and has been cooperative beyond what might have been expected.  I have certainly been surprised. There have been no incidents of significance with the Russians in Syria. 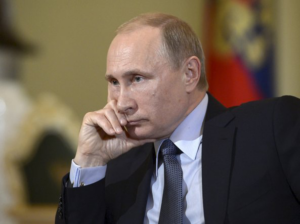 ~~~~~~~~~~
Of late, Netanyahu has been communicating an Israeli red line to Russia:  Iran, which remains the number one threat to Israel, must leave Syria entirely.  This suits Russia, which seeks a situation of stability in Syria now and is unhappy with the turmoil that accompanies Iranian actions.  And Syria, which relied heavily on Iran in fighting the civil war, now has a different perspective as well.  It has been fascinating to watch how tables have turned, and the “partners” in winning the Syrian war (which Assad could never have won on his own), are now moving in different directions with different goals.  Unraveling this is not a simple task.

I have read several analysts who suggest it is not possible. There are still Iranian (read Revolutionary Guard) forces in Syria, and Iran apparently has a goal of not only remaining in Syria but co-opting part of the country and funding its own militias.

This, my friends, in the end is far more worrisome than Hamas (to which I will return when next I post).   Anyone who imagines that Israel has nothing to think about but a serious response to Hamas (which indeed is in order) had best think again.
~~~~~~~~~~
Last week, Russian Foreign Minister Sergei Lavrov came to Israel to discuss moving Iranian forces back 100 kilometers in Syria, away from the border with Israel.  Last year the Russians offered a buffer zone of some 40-60 kilometers, which was rejected by Israel as insufficient. Now, Prime Minister Netanyahu’s first response was again negative, but there are suggestions that it might be considered.

“Moscow is serious about considering Israel’s interests. It isn’t just giving lip-service about distances and red lines.  According to reports, there were maps and discussions about specific intelligence during the meeting with Lavrov. The meeting took place as Arabic media reported Israel was looking at a list of Iranian targets in Iraq as far away as the Iraq-Iran border in order to cut off Iran’s ‘road to the sea.’” (Emphasis added)

Israel is very, very serious about this threat.
~~~~~~~~~~
But Iran does not represent the sum total of Israel’s concerns: There is also the matter of Syria.  It was understood that as long as Syria was occupied fighting the rebels in a civil war, there was not time to challenge Israel.  This situation is now shifting.

While for years we had rebel forces at our northern border at the Golan, Syria has now vanquished many of those forces and has moved down into the area of Quneitra. (Quneitra is a province in Syria, right at the border of the Golan. It was also the city that was the capital of that province, but lies in ruins since Syrian defeat in the Yom Kippur War in 1973.)  Rebel forces there are establishing terms for surrender. 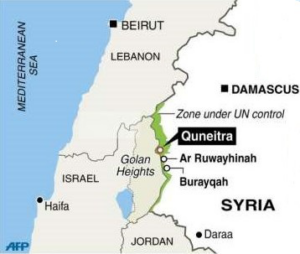 A Syrian flag has now been spotted in Quneitra.  This is problematic because this is within a demilitarized zone that was established in 1974, after the war.  This is another red line for Israel, which has made it clear that Syrian forces will not be allowed in that buffer zone.  There are UN observers — the United Nations Disengagement Observer Force) – in the area, mandated by the Security Council with sustaining the disengagement of the forces.  Israel will respond militarily if Syria moves into the area.

The Syrian army is drained after seven years of civil war, and yet there must be caution exhibited on Israel’s part with regard to this situation.  What I see as of concern down the road is a re-run of Assad demands for the Golan Heights, which he will NOT get.

As well, there are questions being asked about whether Syria will continue to tolerate our attacks on Iran within Syrian territory.  Once the civil war is over, they will no longer be distracted by other matters.
~~~~~~~~~~
As if this were not enough, ISIS is also in the area, in Quneitra, not far from the border with the Golan.  It has been weakened considerably, but is still there.
~~~~~~~~~~
One of Israel’s unfailing red lines is that no weaponry, nothing of a military nature, may enter Israeli territory or air space from Syria.  It does not matter if it is weaponry belonging to Syria or Iran or ISIS.  It does not matter if an attack on Israel was intended, or there was spillover from the fighting beyond our border. We are inflexible on this score, as we must be. And so, we have responded several times recently to various incursions.

Within days, we have contended with ballistic missile threats, have taken down a Syrian Sukho fighter plane that flew into Israeli air space (with radio silence when there were attempts in four languages to contact the pilot), and downed Syrian drones.

Last week two rockets believed to have been launched by ISIS were seen landing in the Kinneret. It was said, alternately, that these rockets were aimed at Syrian targets and went off track, or that there was deliberate intention of aiming the rockets into Israel with the expectation that Israel would blame Syria.  Whatever the case, Israel shelled the lSIS launching area, and received praise from the Russians for having done so.
~~~~~~~~~~
Let me note that a good deal of what we must contend with in Syria now can be laid at the feet of Barack Obama because of his decisions when he was president.

“Syria is just the culmination of a series of bad decisions guided by a single disastrous philosophy.”
~~~~~~~~~~
Recently President Trump indicated that with the weakening of ISIS in Syria the time for the US to pull out was soon coming. But he has since reversed himself on this, and let us hope he holds to this.

Israel’s border with Syria was mentioned by both Putin and Trump during their joint press conference in Helsinki on July 16, following their meeting (emphasis added).

Putin came out solidly for maintenance of the 1974 demilitarized zone.   He said:

“This will bring peace to Golan Heights, and bring more peaceful relationship between Syria and Israel, and also to provide security of the state of Israel.

“Mr. President [Trump] paid special attention to the issue during today’s negotiations. And I would like to confirm that Russia is interested in this development and will act accordingly.”

“President Putin also is helping Israel. And we both spoke with Bibi Netanyahu…

“I think that working with Israel is a great thing. And creating safety for Israel is something that both President Putin and I would like to see very much.”

Needless to say, our response here in Israel was a very pleased one. 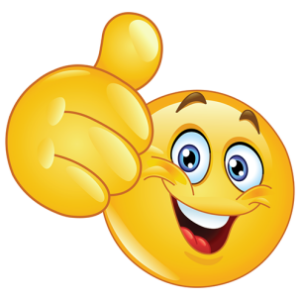